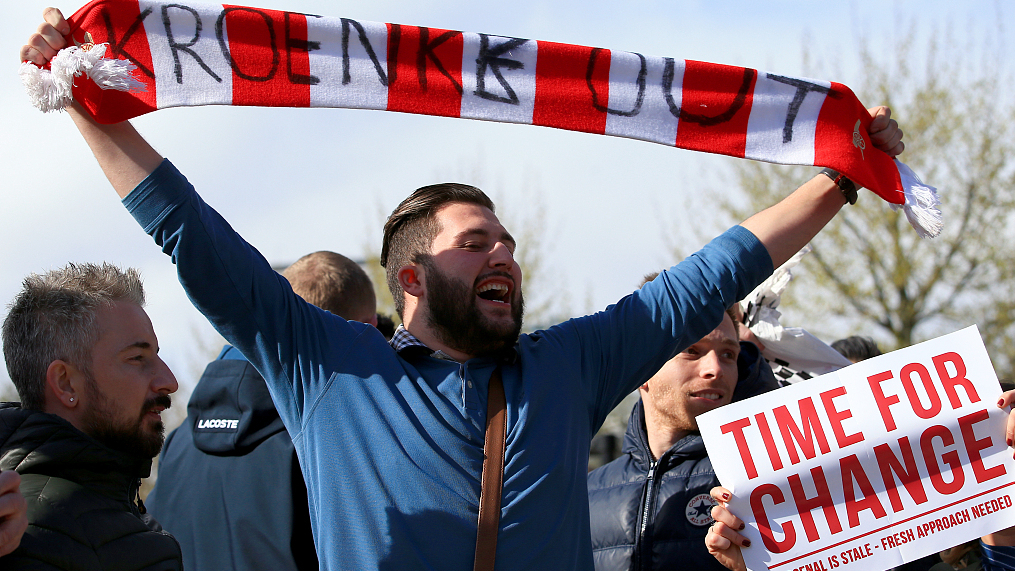 A group of influential Arsenal supporters' organisations, fanzines and blogs have joined forces to call for better leadership of the club and have hit out at Stan Kroenke's "passive ownership".

A total of 16 signatories, including the Arsenal Supporters' Trust, published a statement on Monday demanding change as the Gunners prepare for a third successive season without Champions League football.

Under a hashtag "#WeCareDoYou", it highlighted a number of issues including the "soulless" atmosphere at the Emirates Stadium and a lack of transfer strategy.

"As Arsenal fans we have watched with frustration as the team's football performances have declined over the past decade," the statement began.

"When Stan Kroenke began buying Arsenal shares the club had just competed in a first Champions League final. Twelve years on, Arsenal is about to play in the Europa League for the third year running." 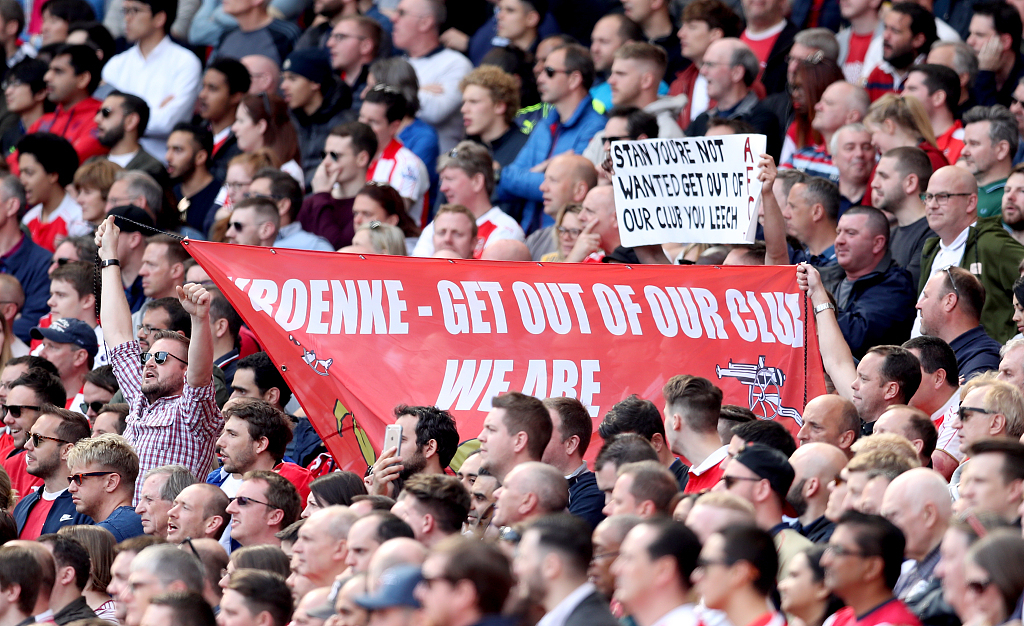 Arsenal fans hold up an anti-Stan Kroenke banner during the Premier League match at the Emirates Stadium, May 21, 2017. /VCG Photo

Arsenal fans hold up an anti-Stan Kroenke banner during the Premier League match at the Emirates Stadium, May 21, 2017. /VCG Photo

Kroenke began investing in the club in 2007 and through his company, Kroenke Sports Enterprises (KSE), he continued to increase his stake until he eventually took full ownership of the club in 2018.

"Off the pitch, fans have never felt more marginalised, less listened to or valued," the joint statement said.

It added: "Our club feels like an investment vehicle, personified by the owner's statement that he didn't buy Arsenal to win trophies. It is sad that an institution like Arsenal FC has such passive ownership."

The timing of the statement coincides with Arsenal facing Colorado Rapids, a Major League Soccer franchise also owned by KSE, in their first pre-season match on their tour of the United States on Monday. 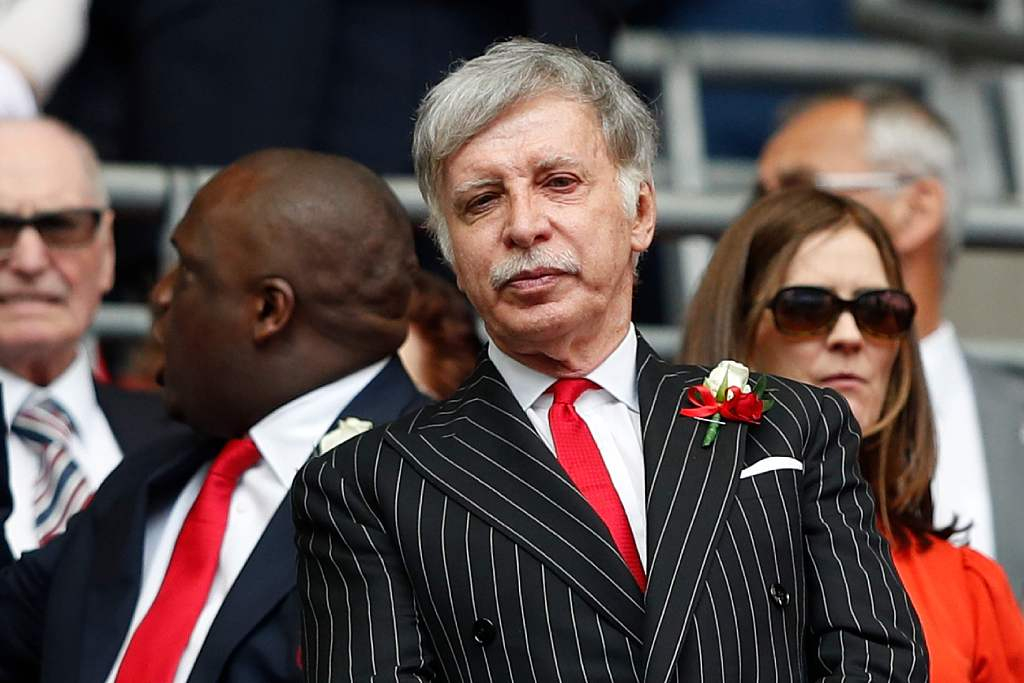 Stan Kroenke waits for kick off in the English FA Cup final between Arsenal and Chelsea at Wembley stadium in London, May 27, 2017. /VCG Photo

Stan Kroenke waits for kick off in the English FA Cup final between Arsenal and Chelsea at Wembley stadium in London, May 27, 2017. /VCG Photo

Kroenke also effectively owns the Denver Nuggets of the NBA, the NHL's Colorado Avalanche and the Los Angeles Rams of the NFL. None of the franchises has won a title under his control, but the Rams reached the Super Bowl last season.

At Arsenal, "Kroenke Out" campaigns have gathered pace over recent seasons but were often overshadowed by calls for former manager Arsene Wenger to be replaced.

The Frenchman left the club last year and Unai Emery was appointed his successor, with Arsenal finishing fifth and losing the Europa League final to Chelsea in his first season.