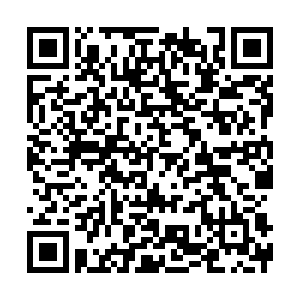 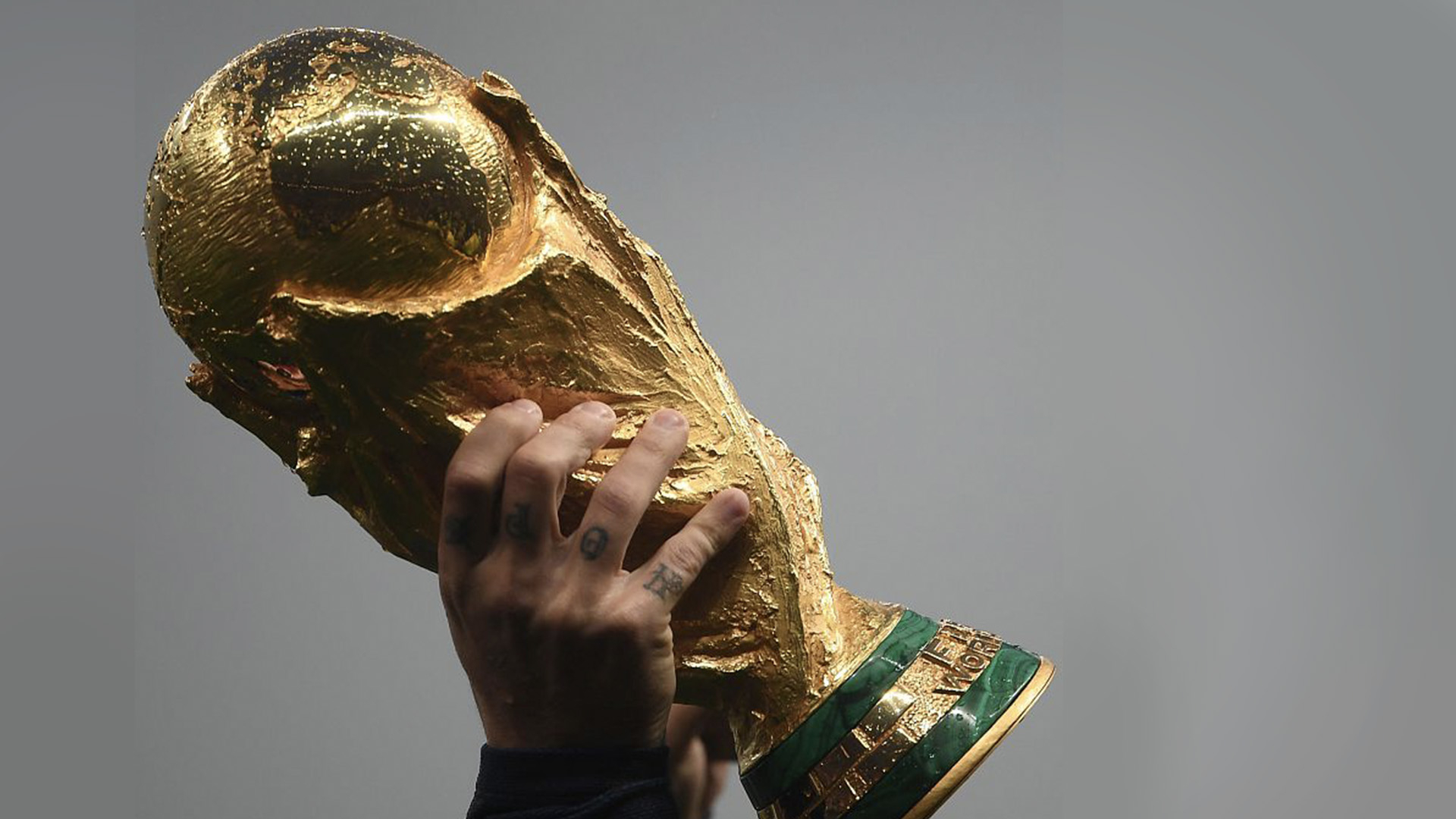 China, one of the eight seeded teams, were placed in Group A along with Syria, the Philippines, the Maldives and Guam for the 2022 FIFA World Cup Asian qualifiers when the second-round draw took place in Kuala Lumpur on Wednesday.

The following is the specific group division of the qualifiers:

Group A: China, Syria, the Philippines, the Maldives and Guam 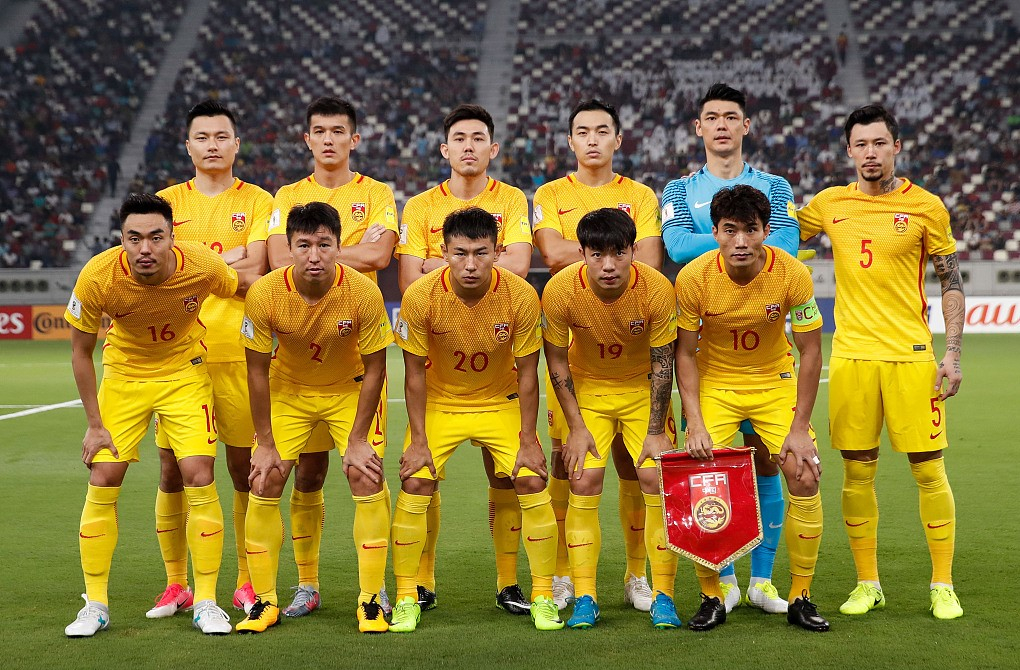 Players of the Chinese men's national soccer team pose for a photo before the game against Qatar in the 2018 FIFA World Cup Asian qualifers, September 5, 2017. /VCG Photo

Players of the Chinese men's national soccer team pose for a photo before the game against Qatar in the 2018 FIFA World Cup Asian qualifers, September 5, 2017. /VCG Photo

All No. 1 ranking teams plus the four No. 2 ones with the best records will make the third round of the qualifiers and will automatically qualify for the 2023 AFC Asian Cup in China.

As the host of the 2022 World Cup, Qatar will play in the qualifiers, too, so they can enter the 2023 Asian Cup, but they will not take any spot for the World Cup. If Qatar become part of the 12 teams, the fifth-best No. 2 team will take their place in the third round qualifiers. Similarly, whether China make the third round or not, they will be qualified for the 2023 Asian Cup as the host.

Such draw result can be the best for China. The 40 teams are divided into five pots based on their world rankings. Syria though come from pot 2 are one of the only two teams that failed to make the Round of 16 at the 2019 Asian Cup in the UAE (the other are Lebanon). In pot 3, India, Bahrain, Thailand, and the DPRK are all tough opponents and so are Kuwait from pot 4. Fortunately, China are not in the same group with any of them. 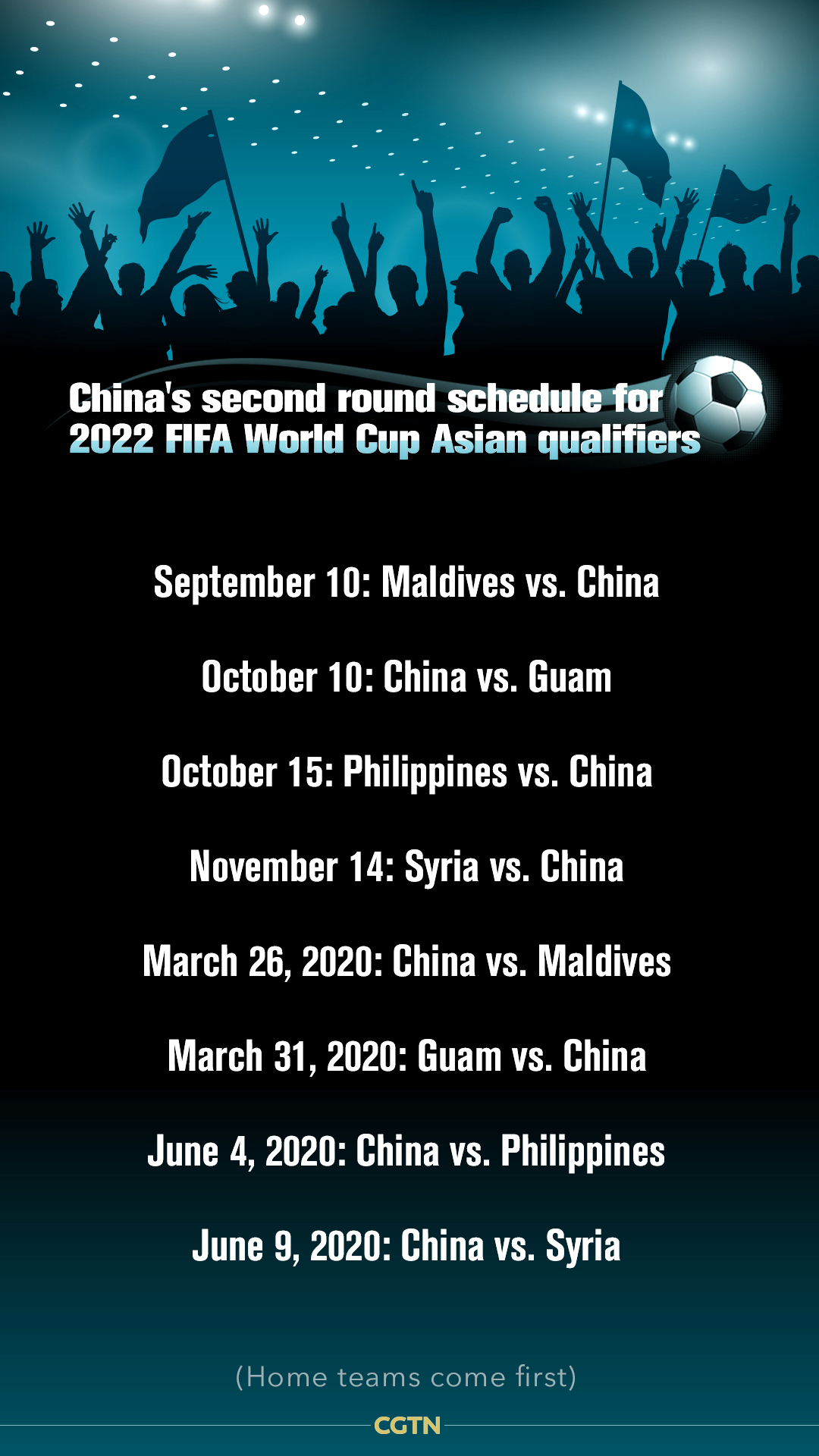 Judging by the schedule, China's key to making it out of the qualifiers lies in their third and fourth game, against the Philippines and Syria respectively, especially that both will be away games. If China can claim all six points in these two games, the team will be in a very comfortable position before meeting the four opponents again in 2020.

The other thing China must be careful with is that they must beat the weaker opponents of the group, a lesson learned from the 2018 World Cup Asian qualifiers. Back then, China got all 12 points from the Maldives and Bhutan by beating them both twice. Nonetheless, the team failed to win either game against China's Hong Kong (both 0-0 draw) and in the end entered the third round at the mercy of others.

China's record in the World Cup Asian qualifiers is far from pretty. The last and only time they made the World Cup happened was in 2002. Since then, the team did not even make the final round (2006, 2010 and 2014) until 2018, but they still failed to go further.