Backgrounder: What is 'Loongson' computer chip?
By Gong Zhe 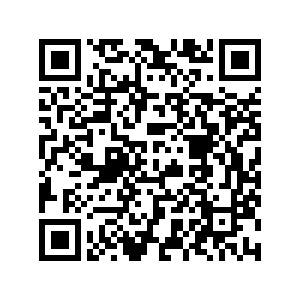 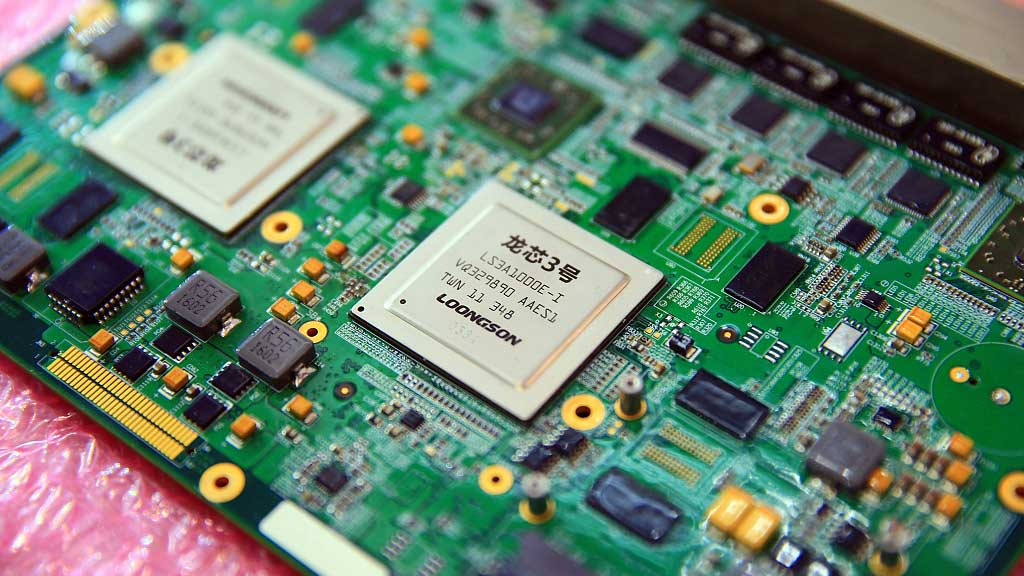 A computer board with Loongson 3 as the core /VCG Photo

A computer board with Loongson 3 as the core /VCG Photo

A Loongson computer chip was sticked on the admission offer of the UCAS (University of Chinese Academy of Science) for every freshman this year to show the academy's ambition for self-developed technologies, dubbed by some as "the most hardcore admission letter."

But what exactly is this Loongson chip? Let's take a look at Loongson, the name for China's first computer core.

Computer users are familiar with U.S. silicon giant Intel. It's Core-i series of core processing unit (CPU) is the most well-known brand of its kind.

CPU is the core of a computer because it's the part that does the actual computing. That means Intel, together with other CPU makers, basically powers the cyber world. 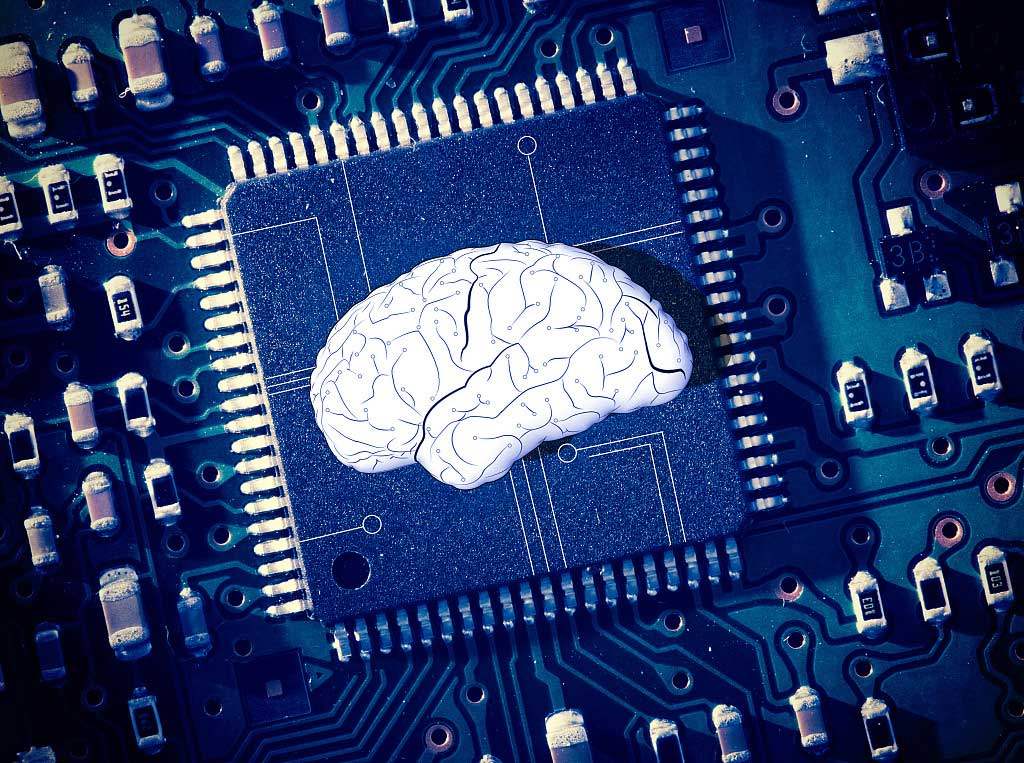 CPU is also described as the core of a computer. /VCG Photo

CPU is also described as the core of a computer. /VCG Photo

But for non-American people, using foreign products in computing can be dangerous. What if you get into trouble with Intel and they pull the plug? What if the U.S. government use political power to force Intel cutting ties with you?

That's one of the reasons why Chinese Academy of Science (CAS) started building its own CPU, one of the hardest jobs in computing technology, back in May 2001.

To the public, they named their products "Loongson," which sounds a bit like "dragon chip" in Chinese. But internally, Loongson has the nickname "Godson," which means "food that even dogs refuse to eat" in China. They chose the name following a Chinese tradition of giving bad names to children, in hopes of an easy survival.

On August 19, 2001, the Loongson team were welcomed by a login prompt on a Loongson based computer, marking the end of China's embarrassing history of not having a domestic CPU.

Surviving was hard for Loongson at the start. The market for consumer computers was dominated by Intel and AMD. They both use an architecture called "x86," which Microsoft Windows runs on. Most computer users in China, including decision makers, took Windows for granted in early 2000s. Some of them even treated Loongson's products as garbage.

But Loongson found its own way. They bought a license from MIPS and made Loongson 2 series, which powered commercial products like the Lemote Yeeloong netbook computer.

Richard Stallman, founder of the Free Software Movement and a famous programer, bought a Yeeloong and used it for years because "at the time, it was the only laptop one could buy that could run a free initialization program and a free operating system." It's a bit ironic that an American free software activist can only find his freedom on a Chinese machine. 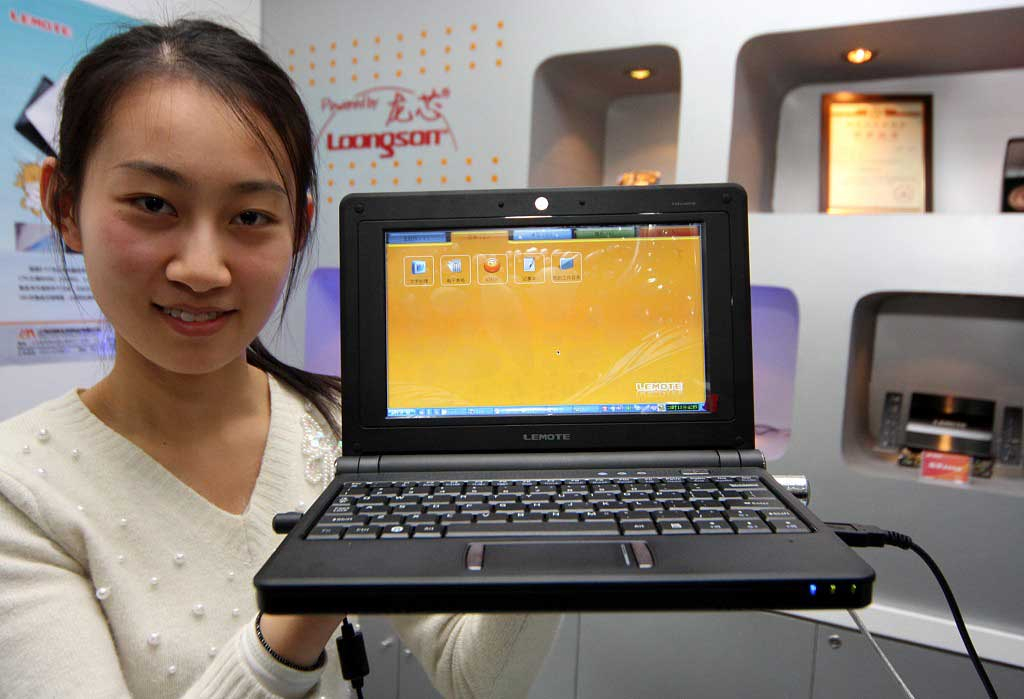 In 2006, the scandal of "Hanxin" chip was exposed to the public and law enforcement. The Hanxin team claimed their chip was based on original tech but in fact it was just an import from Motorola with a Hanxin logo printed on it.

Though Loongson has nothing to do with Hanxin, many Chinese people mistakenly criticized the project for stealing taxpayers' money. Even now, 13 years after the scandal, there are still many people doing this without knowing Loongson is a different project.

China's decades-long history of failing to create a domestic CPU may have led to their preconception that it can't be done.

With that said, Loongson is being applied to China's space program and some military systems. Since the chip is MIPS-compatible, modern computer systems like GNU/Linux can run on it without big problems.

In September 2009, the team built the quad-core Loongson 3A. They thought it was time to go commercial. Months later they founded Loongson Technology Co. Ltd. with investment from CAS and Beijing municipal government.

Since then the development has been accelerated. In 2012 they built an eight-core, 32-nanometer chip Loongson 3B-1500, which can do entry-level office work. With this chip, the company got a lot more contracts and achieved profit for the first time in 2015.

In the same year, Loongson announced their own CPU architecture, the Godson 464E, which is no longer MIPS-dependent.

As we at CGTN Digital learned from Loongson staff at the 2019 Digital China Summit, Loongson's best commercial CPU can run as fast as Intel's fifth-generation i3 products. That's still years behind, but the speed of catching up has already surpassed the expectation of many Chinese people.

That's also a reason why the UCAS used the chip to inspire new students. 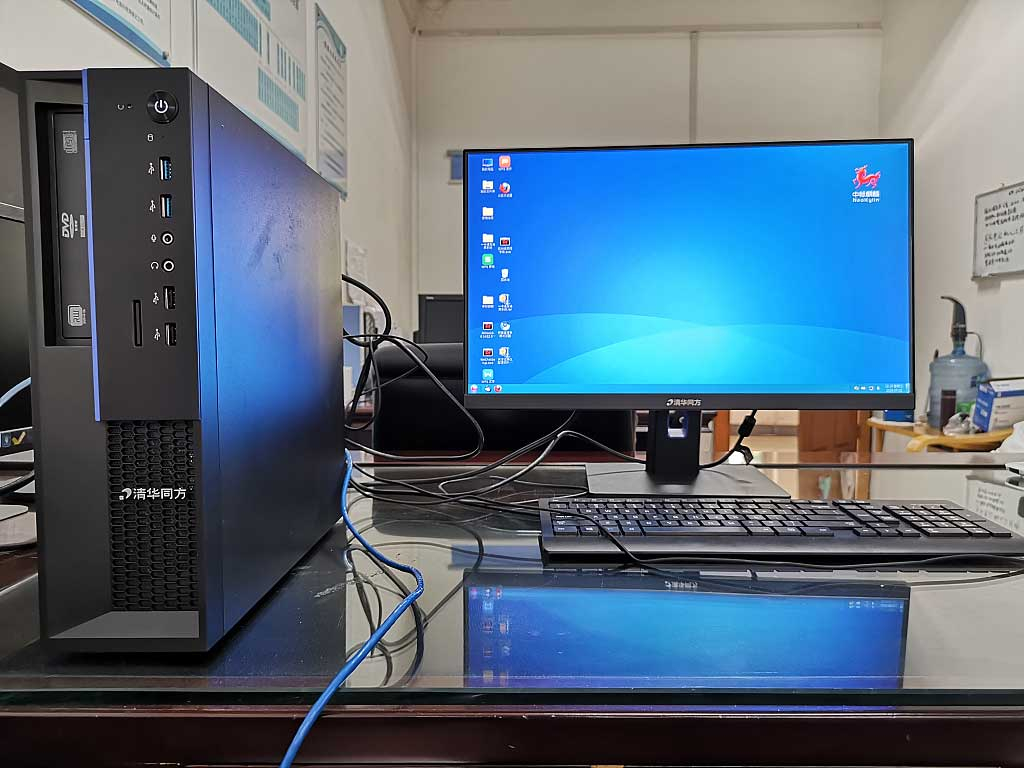 As the company keeps profiting, it can be expected that Loongson will go on to develop faster CPUs to satisfy the need of the above fields.

U.S. has banned Huawei for no solid reason. They can also do that to any other company in China, or even across the globe.

The fear of being cut lose by all U.S. companies has created a need for domestic alternatives in China. And Loongson, obviously, can satisfy this need. If Loongson keeps on making faster chips, more PC and server, users are going to turn their eyes to this "hard to survive" brand.