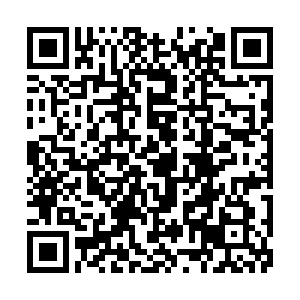 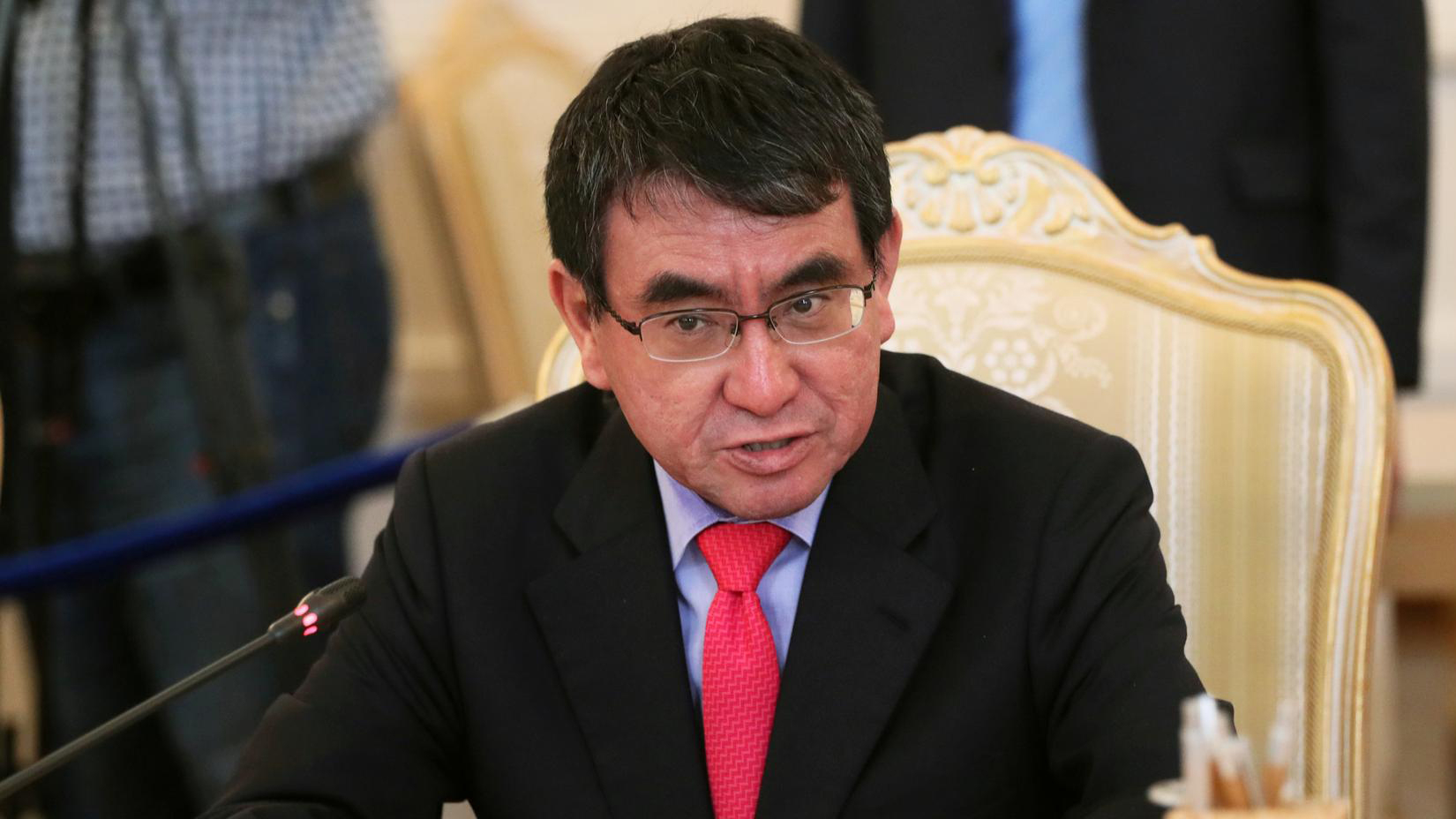 South Korea's ambassador to Japan, Nam Gwan-pyo, was summoned to meet Japanese Foreign Minister Taro Kono a day after a midnight deadline set by Japan for South Korea to accept third-country arbitration of the dispute passed.

Japan says the issue of compensation was settled under a 1965 treaty which established diplomatic relations between the two nations post World War Two.

"What the South Korean government is doing now is equivalent to subverting the post-World War Two international order," Kono said at the start of the meeting. Nam responded that South Korea was working every day to create an environment where the lawsuits could be dealt with in a way that would be acceptable to both sides and not harm bilateral ties. 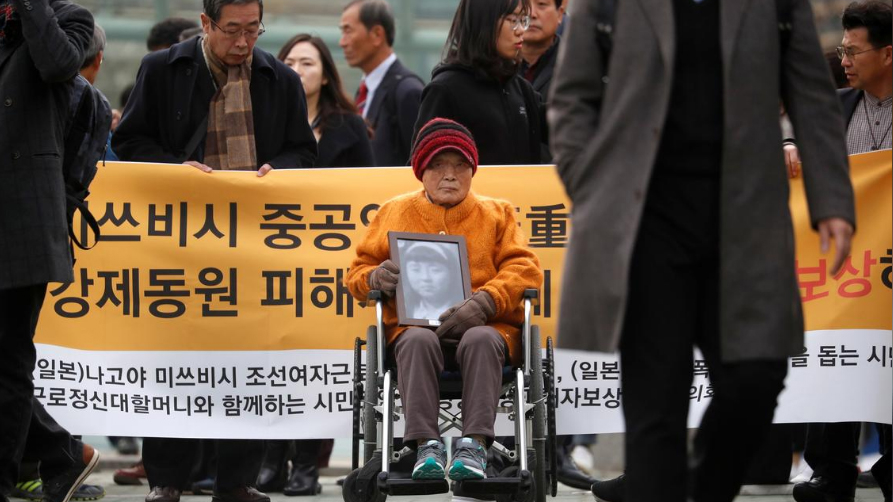 The two diplomats exchanged testy remarks in front of reporters, with Kono interrupting when Nam said South Korea had already proposed a plan to resolve the issue.

"Hold on," Kono said. "We've already told the South Korean side the South Korean proposal was totally unacceptable, and that is not something that would redress the situation where international law is violated. It is extremely impertinent to propose it again by pretending to not know that."

Neither official specified what that plan was, but last month Japan rejected a South Korean proposal to form a joint fund with Japan to compensate South Korean plaintiffs.

The presidential Blue House in Seoul said Friday that it was not South Korea, but Japan that violated international law regarding the forced labor of Korean people before and during World War Two.

Kim Hyun-chong, deputy director of the National Security Office of the Blue House, told a press briefing that it was wrong for Japan to continue asserting that South Korea broke international law.

As South Korea's top court ruled that the 1965 pact did not involve individuals' right to compensation for crimes against humanity, Seoul cannot ignore or repeal the rulings, Kim noted. 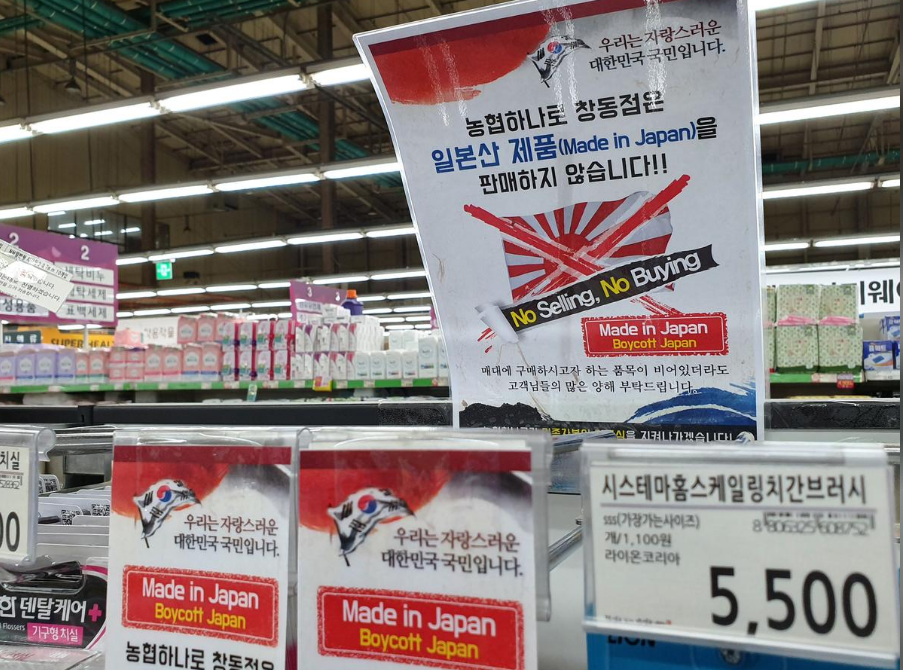 He said it was Japan that violated international law with illegal acts against humanity by forcing Korean people into hard labor without pay during the 1910-45 Japanese colonization of the Korean Peninsula.

He stressed that Seoul was open to all constructive proposals as it prioritizes the diplomatic resolution of the forced labor issue, saying use of an arbitration panel can negatively influence bilateral ties and worsen public hostilities as the process is lengthy and results in a partial victory or loss in many cases.

Kim added that South Korea was ready to consult with Japan on ways to find a middle ground acceptable to peoples of the two countries and the forced labor victims. He urged Tokyo to immediately retract the export restrictions. 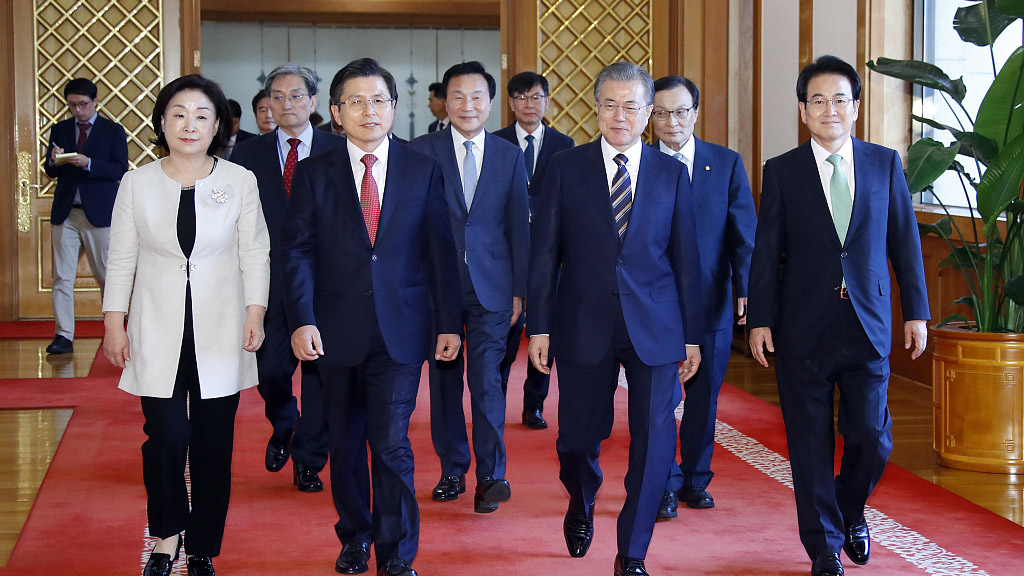 On Thursday, South Korean President Moon Jae-in met major party leaders and vowed to work together to resolve the dispute with Japan.

A senior national security adviser told lawmakers at the meeting South Korea could reconsider an intelligence sharing pact it has with Japan if the dispute worsens. 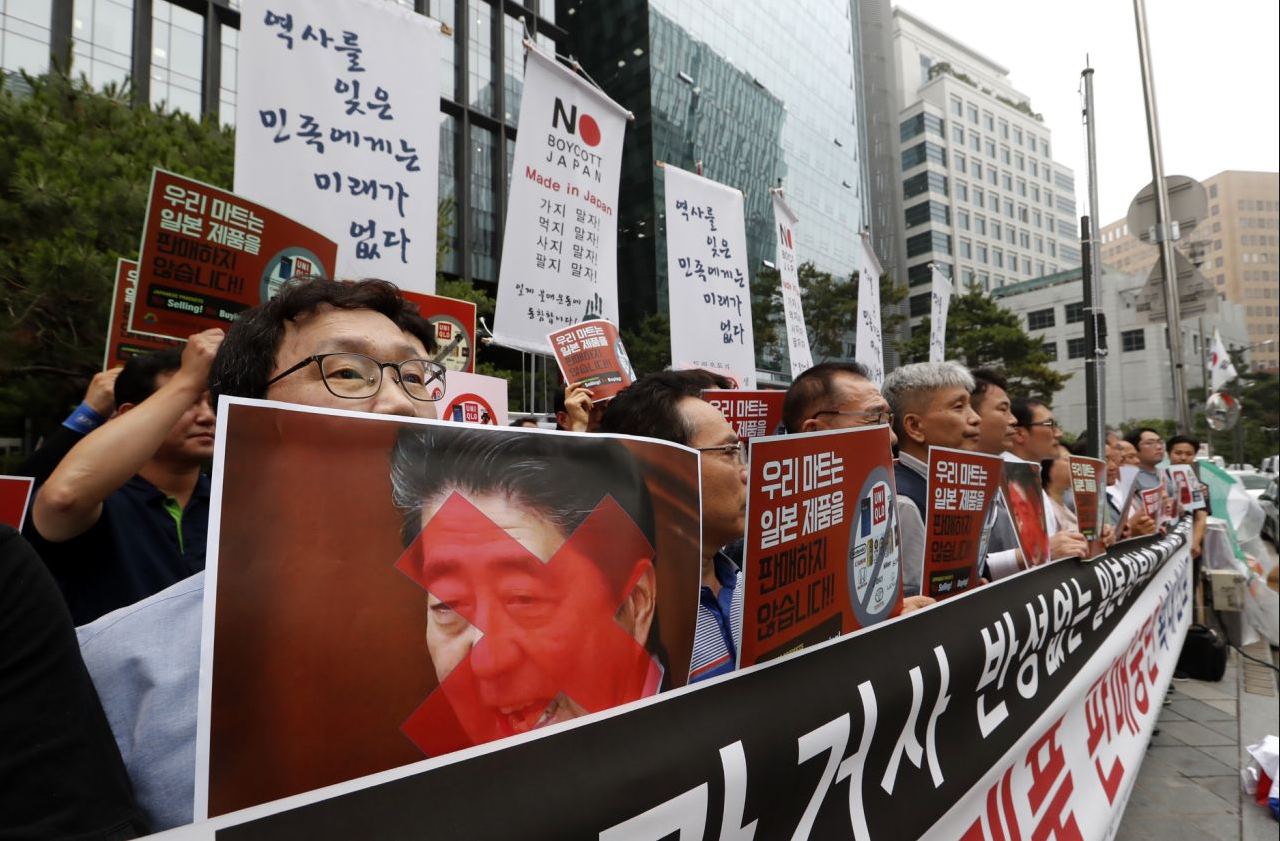 South Korean small and medium-sized business owners stage a rally calling for a boycott of Japanese products in front of the Japanese embassy in Seoul, July 15, 2019. /AP Photo

South Korean small and medium-sized business owners stage a rally calling for a boycott of Japanese products in front of the Japanese embassy in Seoul, July 15, 2019. /AP Photo

Anger over the South Korea-Japan dispute has prompted a widespread boycott of Japanese products and services in South Korea, from beer to clothes and travel, disrupting businesses already facing the worst economic climate in a decade.

The dispute took a tragic turn earlier on Friday when a South Korean man died after setting himself on fire in front of the Japanese Embassy in Seoul in an apparent protest.

The 78-year-old man, surnamed Kim, drove up to the building, stopped in front of the gate and set fire to the car while sitting inside, an official at Seoul's Jongno Fire Station said.

The man's father-in-law was said to be a victim of forced labor by Japanese firms during World War Two and he may have acted in protest against Japan's export curbs, a South Korean TV broadcaster said, quoting the police.

Compensation of South Koreans for labor during Japan's 1910-1945 occupation of the Korean peninsula has soured relations between the United States' closest Asian allies.