Going against realpolitik: A tale of two protests
Bobby Naderi 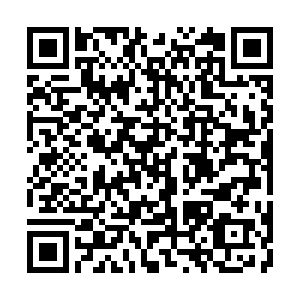 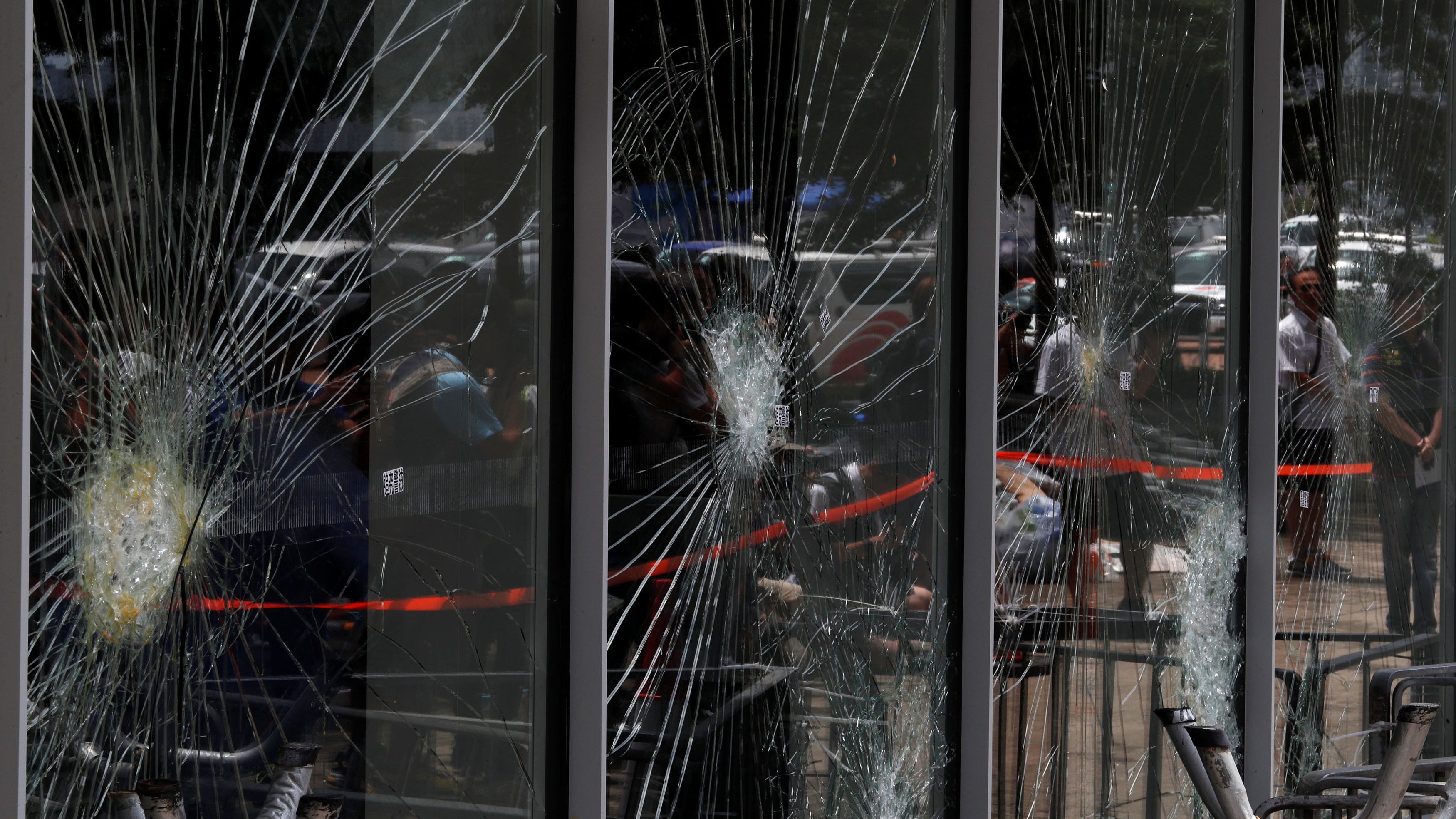 Consider this ridiculous opening paragraph first: On Thursday, July 18, the European Parliament issued a motion calling for a resolution over Hong Kong's fugitive bill. The motion condemned what it called interference by China in Hong Kong.

In yet another theater of absurd, the European Parliament also called for the release of "peaceful protesters" who have been detained for what it called "exercising freedom of expression."

The "exercising freedom of expression" the European Parliament supposedly calls as "reason" for the detention of protesters – read appalling violence, assaults on police, vandalizing public property and disturbing the social order – largely consists of old information that has been repackaged for political purposes. It does nothing to help resolve the Hong Kong issue.

In response to these baseless allegations, the then Chinese Foreign Ministry spokesperson Lu Kang urged the European Union to fulfill its commitment to the bilateral relationship. A spokesperson at the Office of the Commissioner of the Foreign Ministry in Hong Kong has also condemned the motion, saying it turns a blind eye to the appalling violence committed by the rioters. However, this is not the main focus of this write-up either. 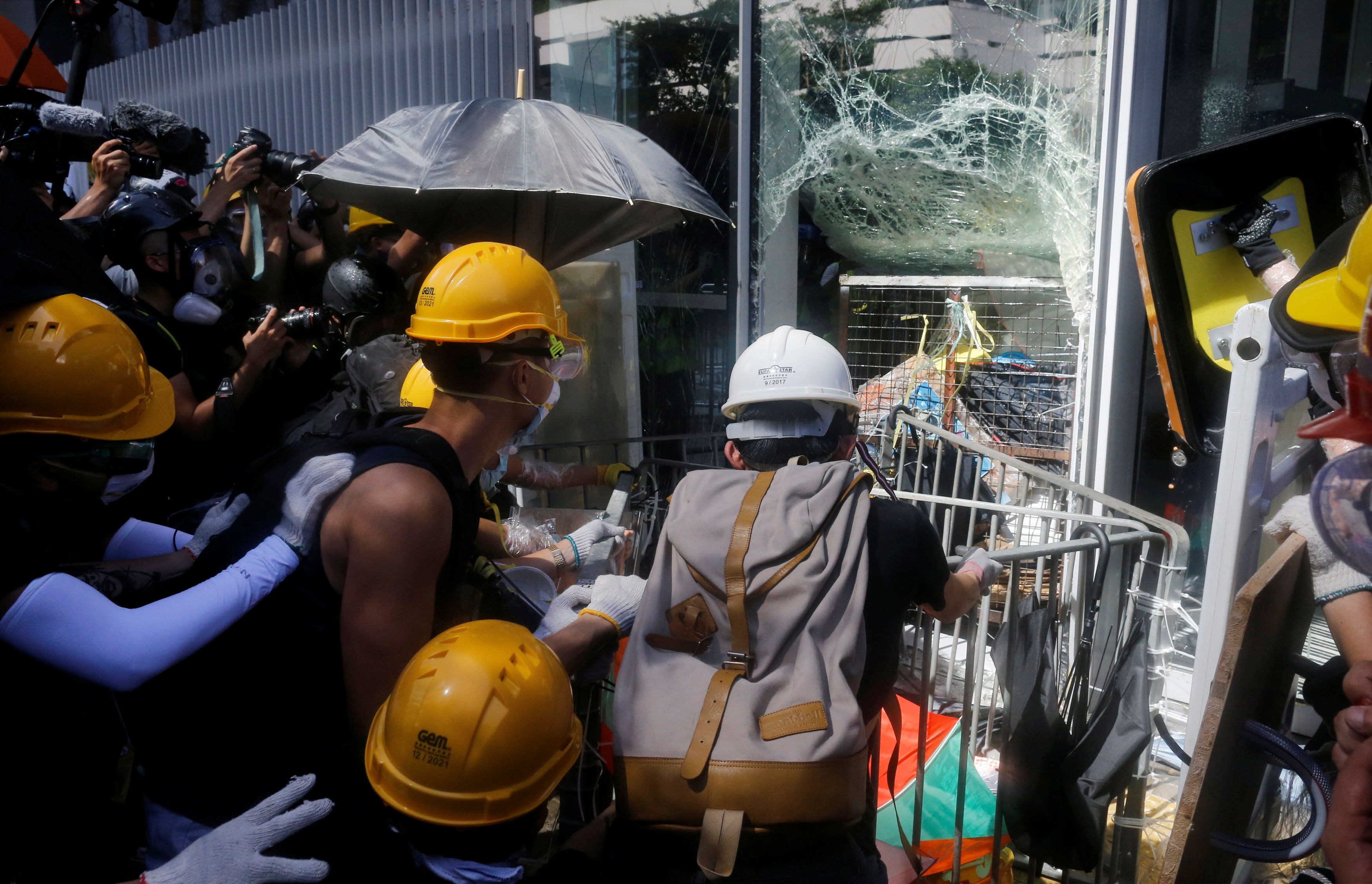 Protesters try to break into the Legislative Council building during the anniversary of Hong Kong's handover to China in Hong Kong, China, July 1, 2019. /Reuters Photo

Protesters try to break into the Legislative Council building during the anniversary of Hong Kong's handover to China in Hong Kong, China, July 1, 2019. /Reuters Photo

The question, however, is this: Violent clashes across France have been going on for months, during which at least 24 people have lost an eye since the "gilets jaunes," or Yellow Vest, protests began in November 2018. How come we have yet to see the European Parliament issue a similar motion calling for a resolution and condemning France and the riot police for using water cannons, stun grenades and tear gas as they attempt to contain the protests?

As for the ongoing protests in France, the same news networks and media lackeys urge angry protesters to accept the social order and reality, and stop engaging in violence. The professional propagandists even come up with solutions on how best to cope with what they call the post-truth social order in Europe.

As limited protests in Hong Kong continue sporadically, however, a chorus of influential voices in Western media and corridors of power cast the pointless violence as a battle for "democracy and freedom of expression" in which the real enemy is not the hooligans but Beijing. The result has been a growing tendency in Europe to view Hong Kong as simply one battleground in a larger conflict between China and its people, and to dismiss the legitimate concerns of Beijing over the rule of law or foreign interference as a mere smokescreen for state censorship and control.

This way of framing the violent protests in France and Hong Kong is both overly simplistic and agenda-driven. By overstating the importance of "freedom of expression" to the protesters, Brussels and its opinion-makers aim to increase internal problems for Beijing and to curtail any inclination to reach a peaceful settlement with protesters. 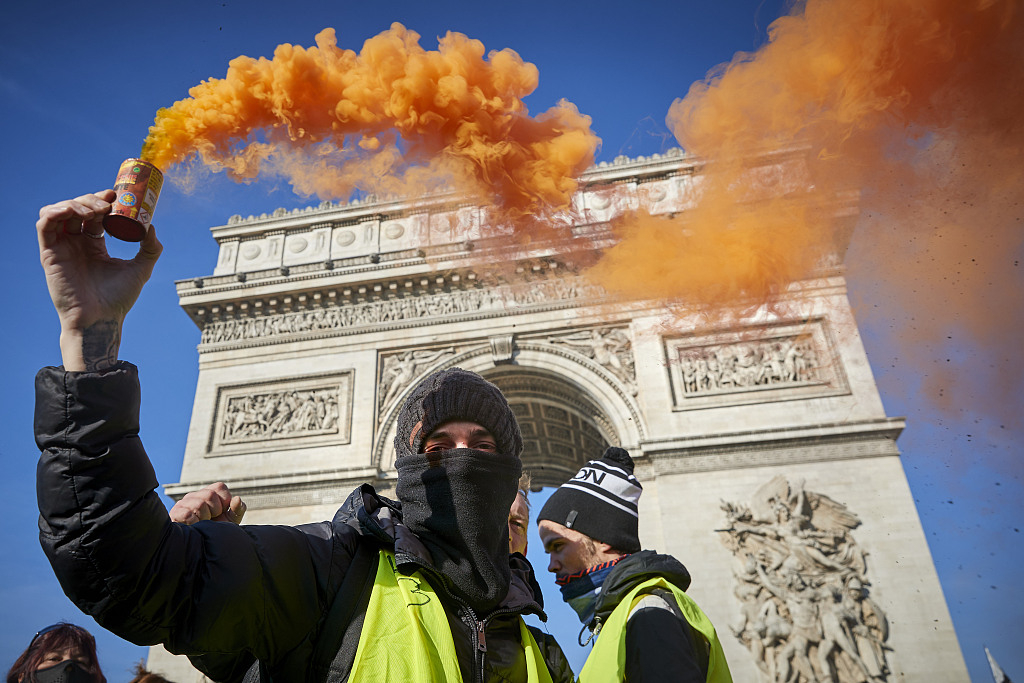 A "Yellow Vest" protester holds a flare aloft during Act 14 of demonstrations at the Arc de Triomphe in Paris, France, February 16, 2019. /VCG Photo

A "Yellow Vest" protester holds a flare aloft during Act 14 of demonstrations at the Arc de Triomphe in Paris, France, February 16, 2019. /VCG Photo

For some time, it has been a commonplace among certain Western governments that a rising China is the real source of opposition to their influence throughout the world, from Asia to the Middle East, Europe to America and Australia. After the failed trade war on China, prominent neoconservatives in Washington and their cohorts in Congress are also doing whatever they can to force Beijing to focus less on international trade and development, and more on its "for democracy protesters" in Hong Kong.

It is against this backdrop that Brussels claims the rights of Chinese protesters have generally been upheld in Hong Kong, and that civil rights, political rights and press freedom have steadily deteriorated. It is also against this backdrop that Beijing has strongly opposed the European Parliament's interference in the Hong Kong issue, arguing rightly that the region's affairs are China's domestic affairs.

On that note, and if there is indeed no double standard here, the European Parliament should immediately issue a similar motion to express its deep concern over the ongoing violent clashes across France, in particular, to coverage of sensitive issues on immigrants and those who have lost their eyes or those concerning the Yellow Vests.

In the prevailing environment, the international civil society should be very skeptical whenever they see motions, PowerPoint slides and figures shown by Brussels in the media that are only there to "confuse right from wrong." Simply put, telling lies about protests in Hong Kong or framing the issue as anti-democratic aggression by Beijing against its own people is a tendentious move that is meant to advance several covert political goals, including setting the scene for a pre-ordained conclusion of European Parliament elections and further a great distraction from domestic troubles in Europe and France.

On the whole, this is the reality folks. For whatever reason, some Western media outlets and governments never go against realpolitik. In this bizarre juxtaposition (Hong Kong protests vs. France protests), violent clashes on the Chinese island are allegedly the hallmarks of a country with a weak democratic system. Quite the contrary, in France these are just a "public gathering," where protesters take pride in their "robust" electoral institutions and their centuries of continuous "democratic practice."