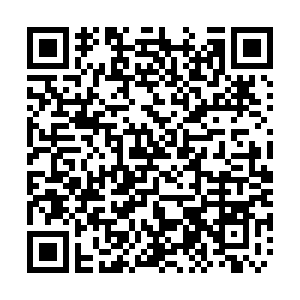 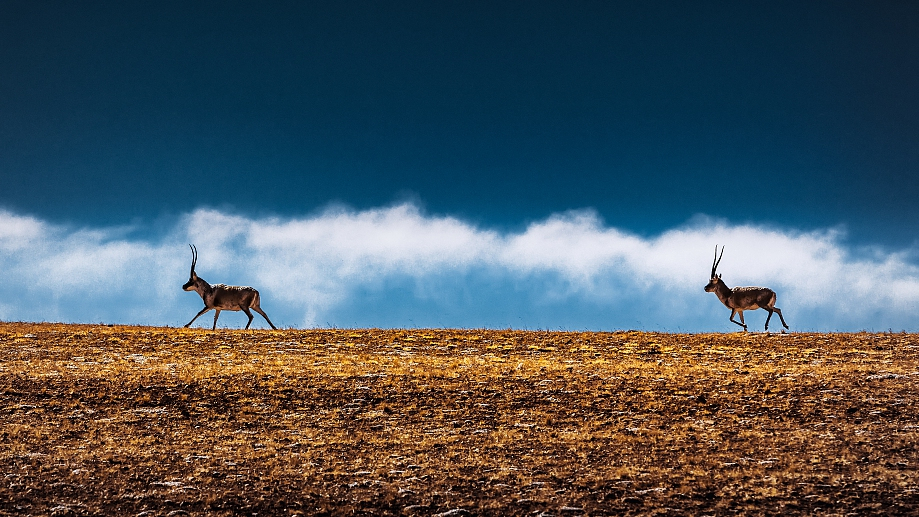 Sighting Tibetan antelopes is a matter of luck.

But in early summer, especially the beginning of July, there is a greater chance to catch sight of the alert, nimble animals. Chances are even better in the 200-plus square-kilometer Serling Tso Lake Natural Reserve area in Xainza county, 4,500 meters above sea level. It's one of the go-to "maternity wards" for female antelopes, where after six to seven months of pregnancy, they give birth to the next generation. 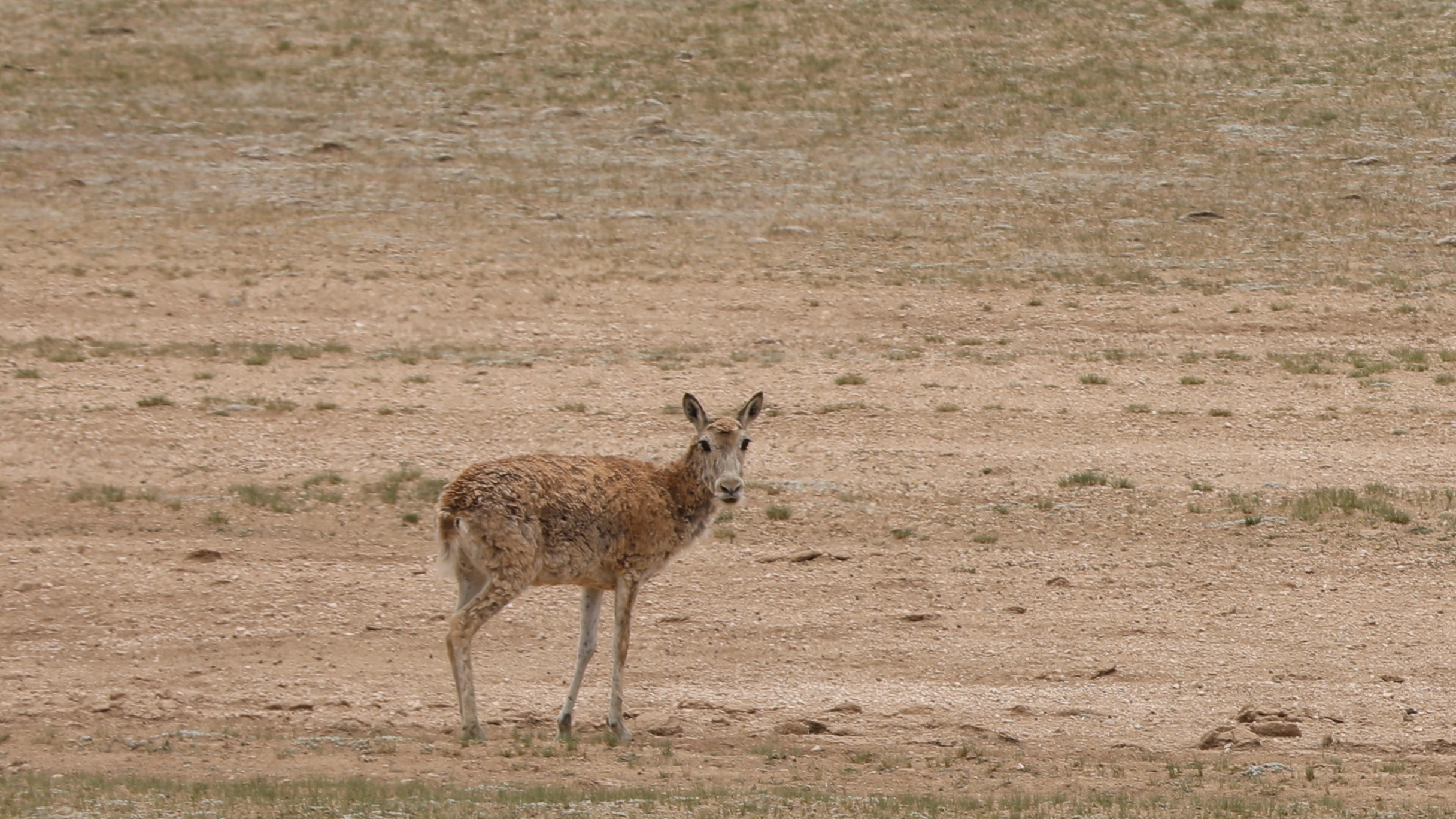 Only a few people would eventually catch sight of these antelopes often enough.

Ciwangba is one of them. As a wild ranger in the area for protected animals, including the Tibetan antelopes, his job is to keep an eye on them, and protect them from afar.

"We patrol on motorbikes in shifts. We try to spot and caution wild dogs, cars and people who are too inquisitive."

But they don't do anything if they spot a wolf. Because that's part of nature's way. 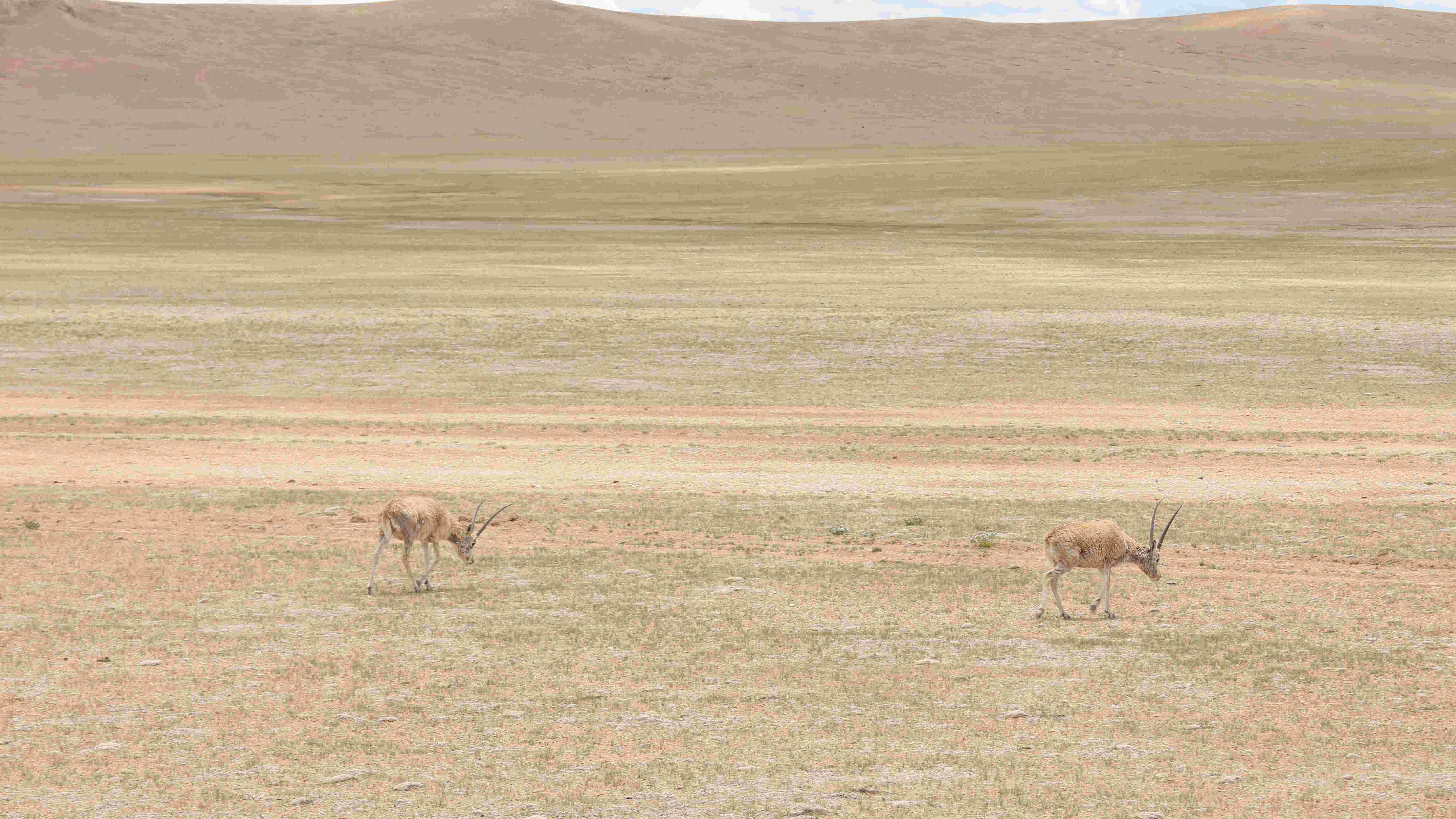 There are fewer than 10 wild rangers for the area. And at delicate times like early summers when antelopes go into labor, the guardians roam the area in all-day-long patrol shifts. Ciwangba has clocked over 10,000 kilometers in mileage so far this year.

He said while the trips are lonely and hard, he has also seen the most heart-warming stuff.

"There is this time I saw 700 little Tibetan antelopes together. They were filling the grassland." Ciwanba said this was the most memorable moment of his ranger years. He has been doing this for 11 years now.

The rangers now count roughly 5,000 Tibetan antelopes in the reserve area, a hard-won growth in the population. In the 1980s and 1990s, the nimble antelopes were once poached so heavily that they became "endangered." 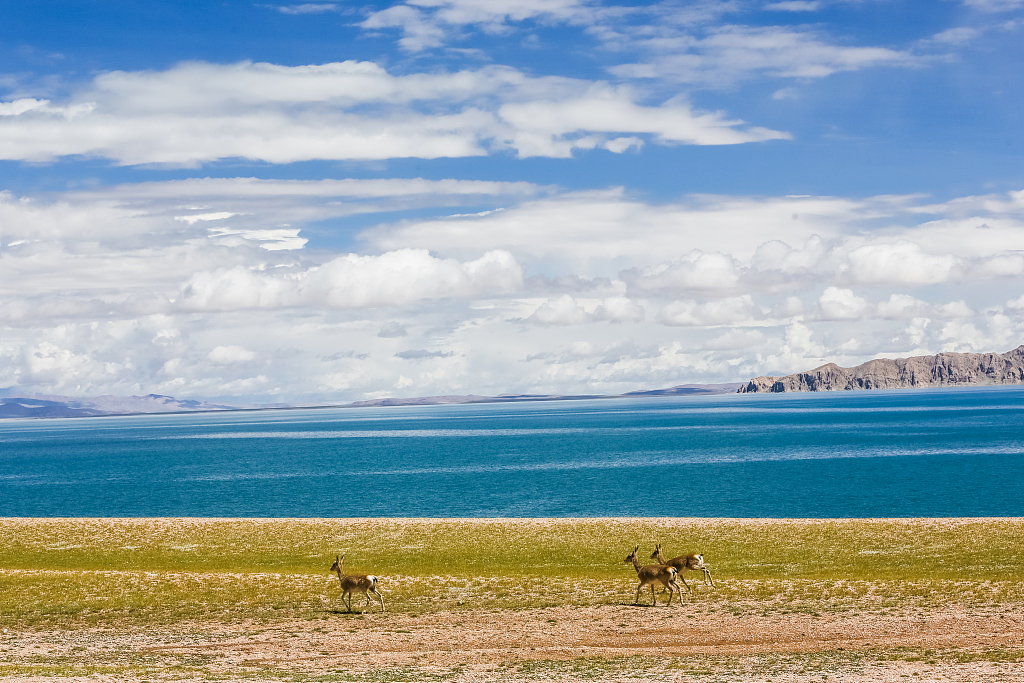 Now, the population of Tibetan antelopes have recovered enough to become "near-threatened." It's the only kind of "downgrading" news one is pleased to hear, says Geliejiacai, director of the Forestry and Grassland Bureau of Xainza county.

"The most effective thing we’ve done to protect the antelopes is education. We promote the wildlife protection codes to everyone, including the herdsman, and they now actively join in the protection efforts. Our rangers, all locals, also pass the message on in their patrols," Gelie told CGTN.

For Ciwangba the wild ranger, he says Tibetan antelopes are every Tibetan's friend. And at 52, he plans to watch out for his friends for as long as he can.