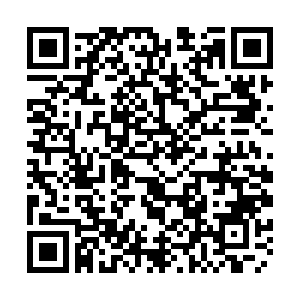 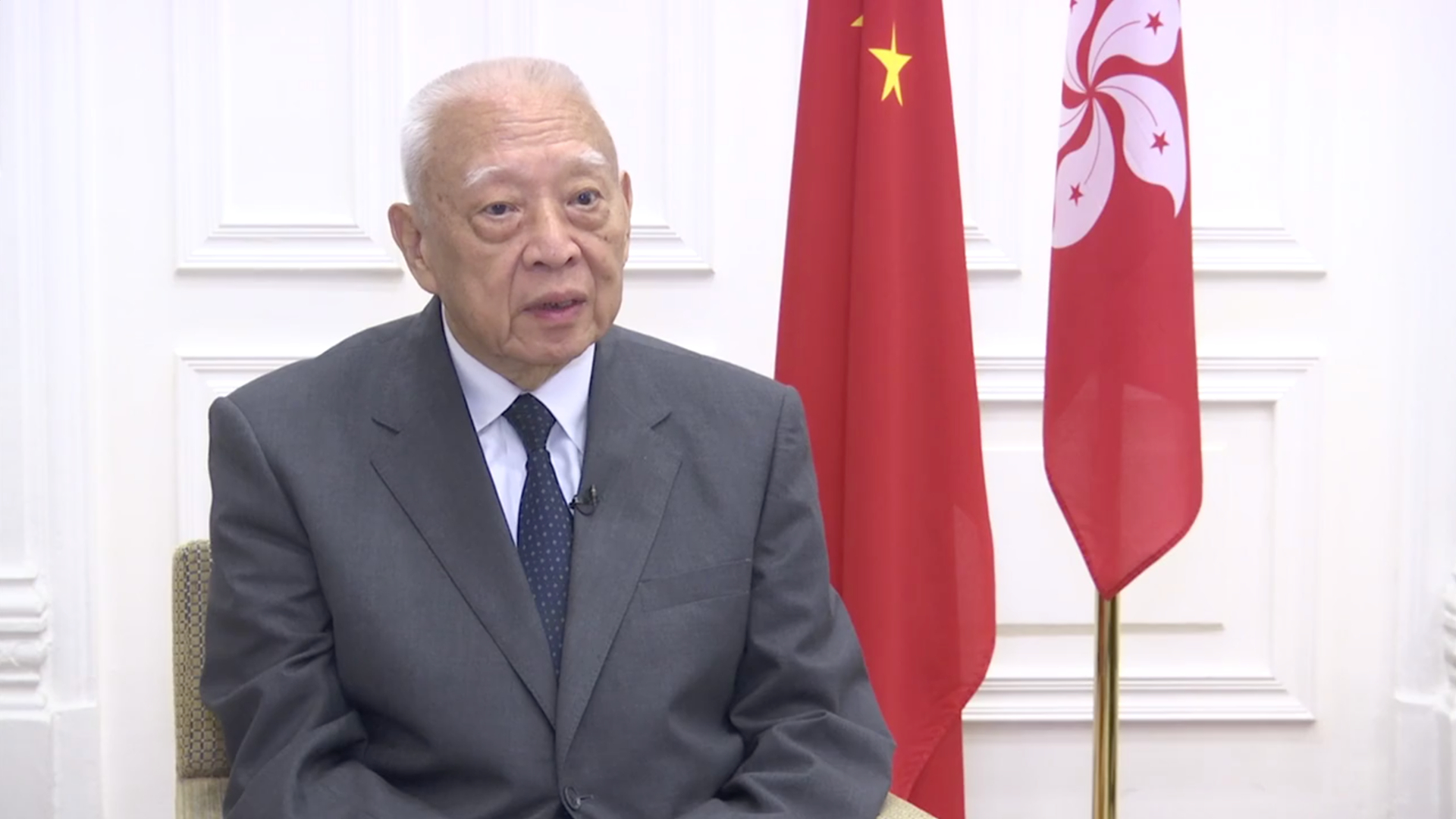 Tung Chee-hwa, former chief executive of the Hong Kong Special Administrative Region (SAR), condemned the defacement of the national emblem in an interview with CGTN on Monday.

"I strongly condemn this action," Tung said. "I think these actions have to be subject to Hong Kong's laws. It has to be brought in front of the legal system to make sure that the rule of law needs to be observed."

"In Hong Kong, throughout these many years, our success comes from rule of law, and we have to work fundamentally on that basis," the SAR's first chief executive told CGTN.

Some protesters marched to the Liaison Office on Sunday after a public procession finished at around 4:30 p.m., and "maliciously" surrounded and tried to storm the office, some even smeared the Chinese national emblem. 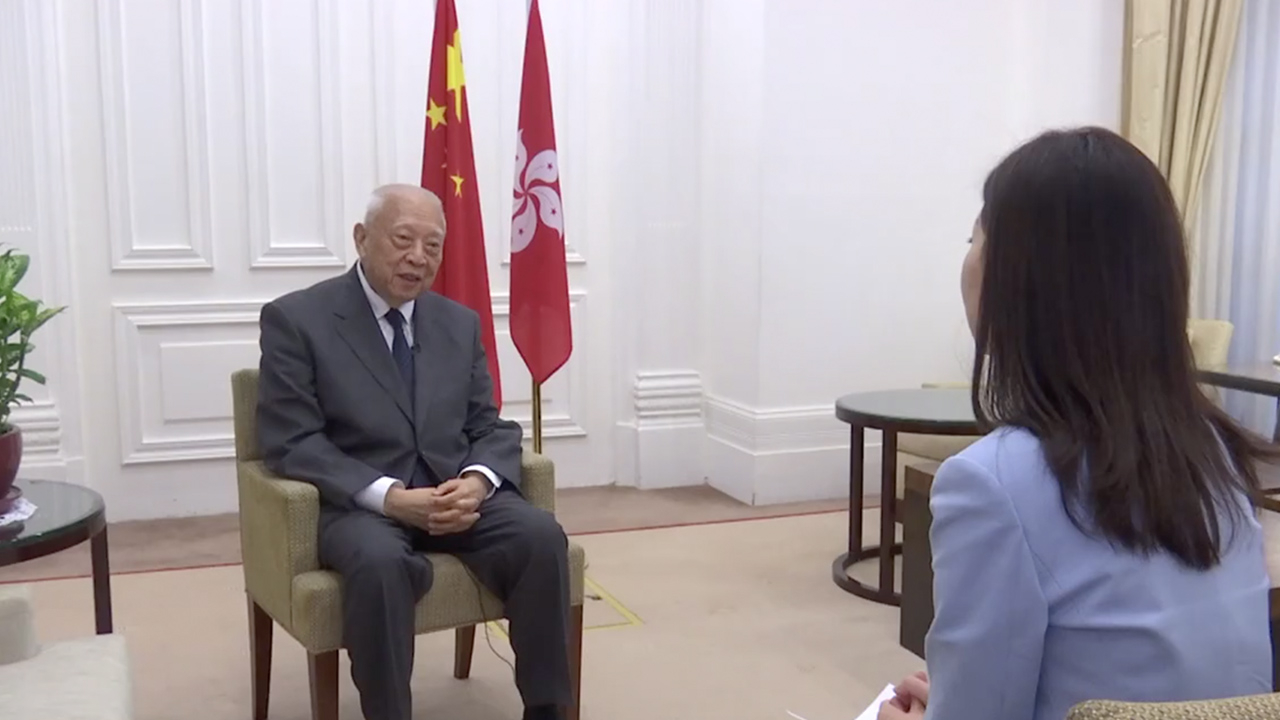 The former chief executive of the Hong Kong SAR said he felt deeply hurt and angry over the news.

Those people who are behind the violent acts should be identified, Tung stressed, urging the authorities to bring them to justice.