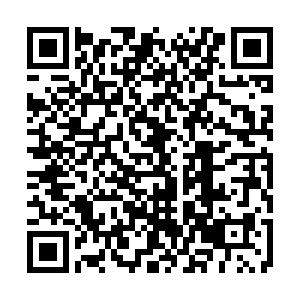 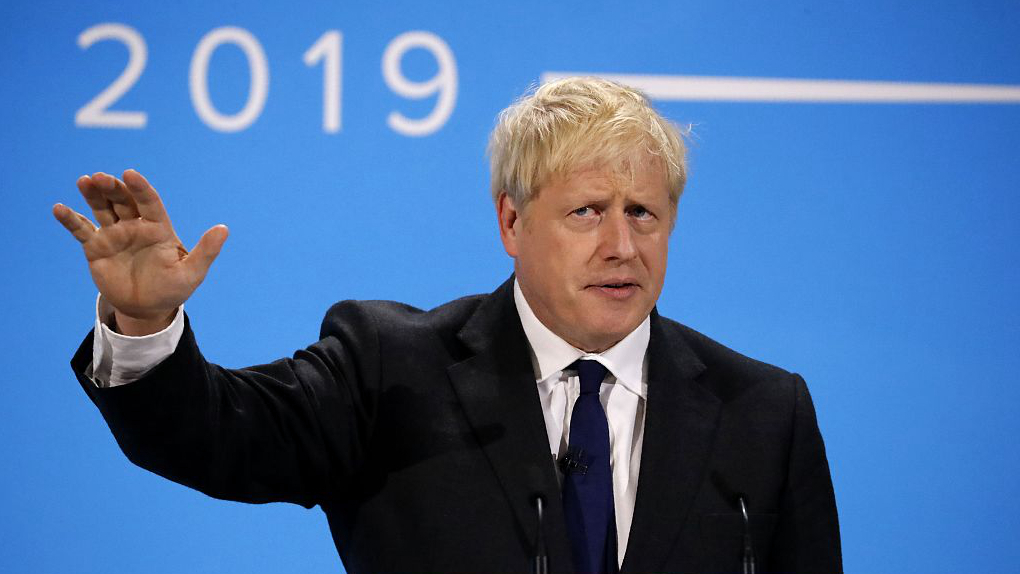 Editor's note: Richard Fairchild is an associate professor at the Finance of School of Management at the University of Bath. The article reflects the author's views, and not necessarily those of CGTN.

Prime Minister Theresa May announced her resignation as leader of the Conservative Party on May 24, 2019 after her failure to secure Brexit. After two months of leadership contest, the winner has been announced. As expected, Boris Johnson has won convincingly. He is going to take over 10 Downing Street as the new prime minister. So what happens now in the Brexit saga?

During the hustings, Mr. Johnson's key promise was that, if elected, he would ensure that the UK would definitely leave on the Brexit deadline day of October 31, with or without a deal: this is a "do-or-die" attitude. 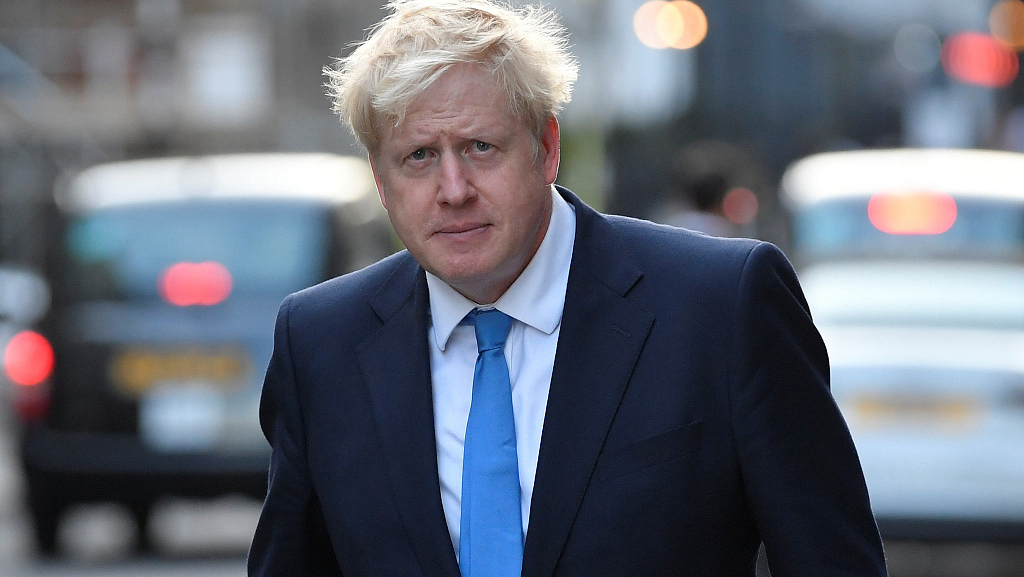 Now what is the possibility of the UK crashing out with a no-deal Brexit under Johnson on October 31? Boris Johnson himself has stated that it is a million-to-one against. However, Paddy Power, the online betting company, disagree, placing the odds of a no-deal Brexit on October 31 under the new PM at 2-to-1 on!

Boris Johnson understands that, by including the no-deal scenario in the negotiations with the EU, Britain will strengthen its bargaining position to get a better deal. Indeed, he has said that he will be able to negotiate a deal, much better than the one obtained by Theresa May by deadline day.

However, some commentators argue that the deadline is so short and there is no possibility of a new deal with the EU by October 31, so more time, and an extension, would be needed. Therefore, if Boris Johnson stuck to his guns, a no-deal Brexit on October 31 becomes a real possibility.

Helia Ebrahami, economics correspondent for "4 News," discusses the findings from the Office for Budget Responsibility that shows a no-deal Brexit could cost the British Government’s budget 30 billion pounds every year. This will push the economy into recession and cause a 2 percent fall in GDP by the end of next year, the collapse of the pound, sliding house prices, and years of stagnant wages.

In addition to these costs, the UK also needs to consider the tariff implications of crashing out with no deal. According to the BBC News, supporters of a no-deal Brexit have argued that Article 24 of the General Agreement on Tariffs and Trade (GATT) will allow the UK to continue to trade tariff-free with the EU: Boris Johnson appeals to this argument.

However, Bank of England Governor Mark Carney told BBC News, "The GATT rules are clear…. GATT 24 applies only if you have an agreement... we should be clear that not having an agreement with the EU means that there are tariffs." 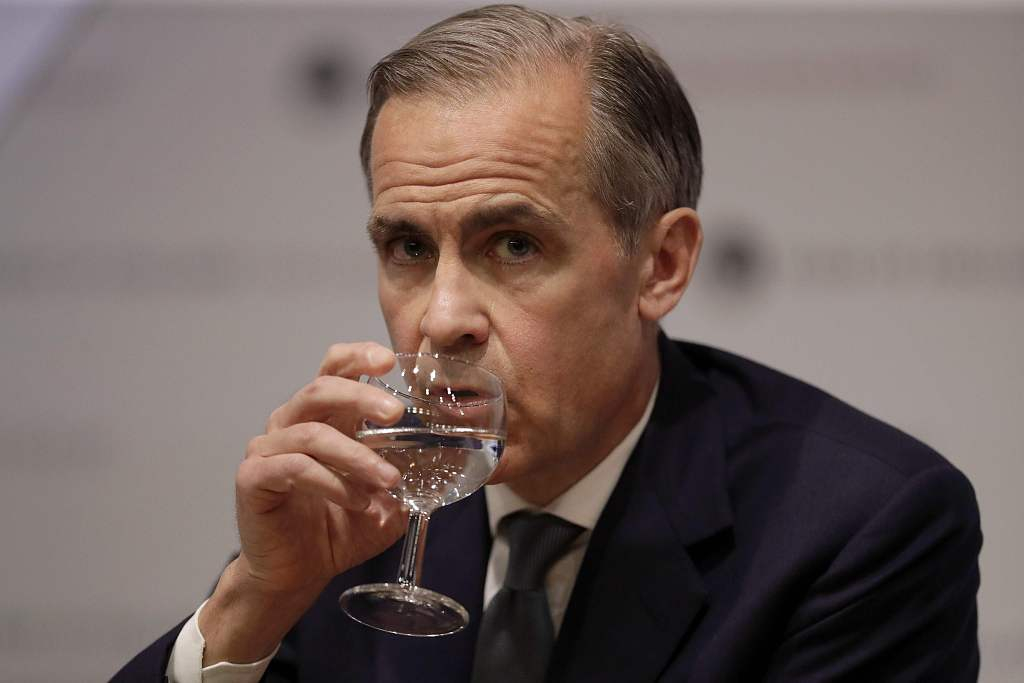 If the UK leaves without a deal, then it cannot appeal to GATT Article 24; instead it will have to abide by WTO rules. This would mean that the UK could decide not to impose tariffs on imports from the EU, but the EU does not have to reciprocate. The EU could choose to impose tariffs on UK exports since "The EU would be under no obligation to agree anything with the UK in the aftermath of a no-deal Brexit." We could possibly end up in a trade war between UK and EU.

Given the high costs of a no-deal Brexit, it is understandable that there is an increasing will in Parliament against this scenario. However, Mr. Johnson is determined. To overcome the opposition against a no-deal, one suggestion by the new PM is that he may seek to "prorogue" (that is, suspend the sitting of) Parliament in the days leading up to October 31.

And in the absence of Parliament, nobody would be able to stop him forcing Brexit through with no-deal. But this approach has prompted Philip Hammond, and other rivals, to already suggest instigating a vote of no-confidence in Boris Johnson.

Mr. Johnson has likened Brexit to the Apollo 11 Moon landings 50 years ago. He has stated that, if we can evoke the pioneering spirit and technological achievements of those brave astronauts, we can achieve our goal of Brexit.

It is interesting that he evokes the Moon-landing metaphor, as this mirrors his do-or-die personality perfectly, and emphasizes the risks ahead. First man on the Moon Neil Armstrong had the same brave pioneering do-or-die attitude. He took enormous risks to land Apollo 11. In the minutes leading up to the Moon landing, the on-board computer sounded several alarms, warning the astronauts that they should abort the mission.

As the capsule approached the Moon's surface, mission control on Earth was telling Neil Armstrong he was running out of time, and should abort the mission. With seconds to spare, he landed the capsule onto the surface, achieving the goal that it had taken the USA years to plan! Right up to those final seconds, with the watching world awaited, no one was sure of the fate of the mission: Was the Moon landing going to happen, or would it have to be aborted at the last minute? Brexit, in the end, might just mirror this perfectly.

Perhaps, by evoking the Moon-landing metaphor, Mr. Johnson has revealed the risks, dangers and uncertainty that lie ahead in the Brexit mission.