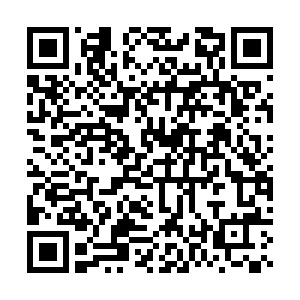 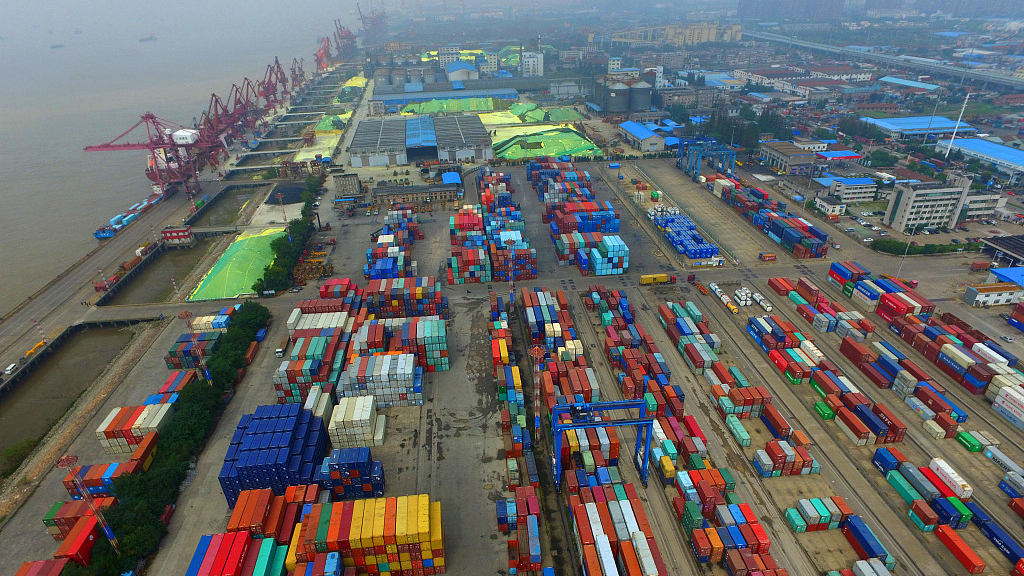 Editor's note: Rabi Sankar Bosu, an Indian freelance contributor to Chinese media outlets, writes about Chinese politics, social and cultural issues, and China-India relations with special interest on the Belt and Road Initiative. The article reflects the author's opinions, and not necessarily the views of CGTN.

There should be no hesitation in saying that the sarcastic tweets of U.S. President Donald Trump on China's second-quarter economic growth have further strained the Sino-U.S. relationship. But, more importantly, his comments reveal that he does not know any economics. China's economy is not as fragile as the "tariff man" claimed.

On July 15, China's National Bureau of Statistics announced that the country's annual rate of expansion had slowed from 6.4 percent to 6.2 percent in the second quarter of 2019 – its slowest pace since 1992. After the release of this data, Trump attacked China on Twitter claiming "China's 2nd Quarter growth is the slowest it has been in more than 27 years. The United States Tariffs are having a major effect on companies wanting to leave China for non-tariffed countries. Thousands of companies are leaving. This is why China wants to make a deal...."

However, China has made it very clear that the 6.3 percent growth in the first half of the year is a victory against the United States' tariffs on the country. People's Daily, on May 10, 2019, supported this sentiment by saying, "The trade war can't bring China down. It will only harden us to grow stronger." Trump's tariffs on 250 billion-U.S.-dollars' worth of Chinese exports to the United States haven't collapsed China's economy. Rather, in the face of mounting U.S. trade pressure, China has fared better in the first half of the year in major economic indicators such as domestic consumption growth rate, employment, retail sales, industrial output and international trade. 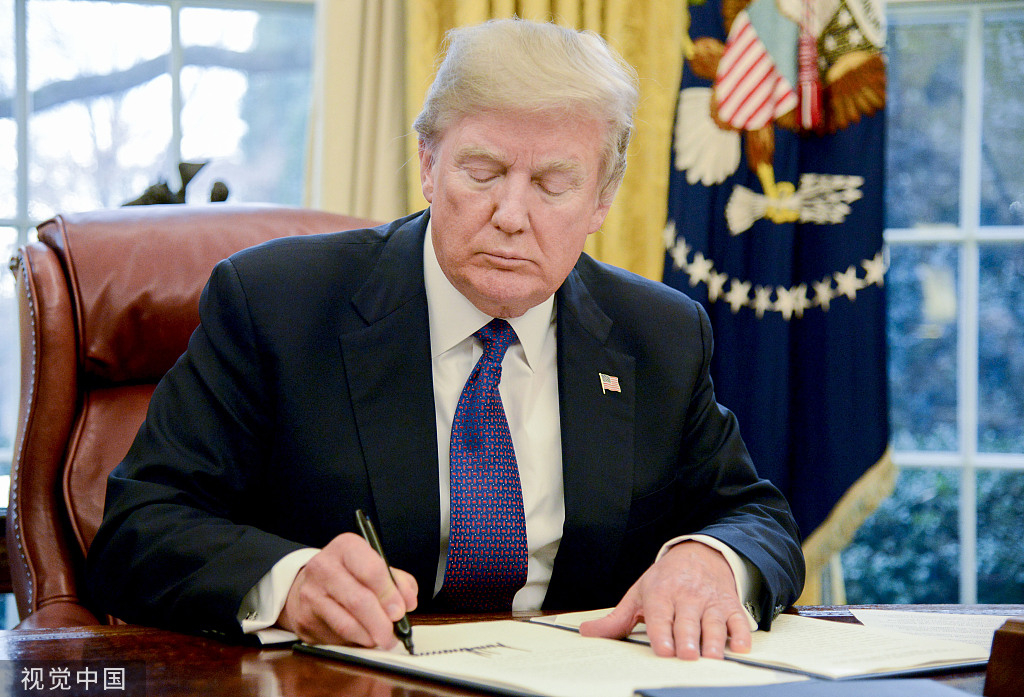 Trump's arrogant criticism of China's economic growth is totally unreasonable and juvenile. Premier Li Keqiang, in his annual government work report on March 5, 2019, sketched China's economic health for 2019 with a GDP growth of 6.0 to 6.5 percent. 6.2 percent growth in the second quarter is well within the Chinese government's official target for the year. Thus, strengthening the hope that China will achieve its predicted annual GDP target.

It's a fact that Trump's unrestrained remarks about China cannot help him to corner China. China is the world's second largest economy, with a total economic volume of 14 trillion dollars. No other country has risen economically as fast as China. It managed to achieve double-digit annual growth rate for decades, and took more than 800 million people out of poverty.

In light of Trump's comment, it can be said that many American politicians are taking pleasure in China's economic slowdown. But the fact is that the current U.S. administration will in no way be able to compare with either the speed or scale of China's economic development. And notable economists and analysts have disagreed with Trump's claim that his "tariffs are paid for by China, not by the U.S. taxpayers." Trevor Greetham at Royal London Asset Management replied to Trump's rhetoric: "Sorry to break it to you, but tariffs are paid by the importer – U.S. taxpayers in this instance."

Trump's downplaying of China's economic influence is good for attracting media attention, but bad for the population it concerned. On June 13, 2019 a group of more than 600 U.S. companies urged the U.S. President to end the tariff war with China, saying American companies and consumers are being hurt. 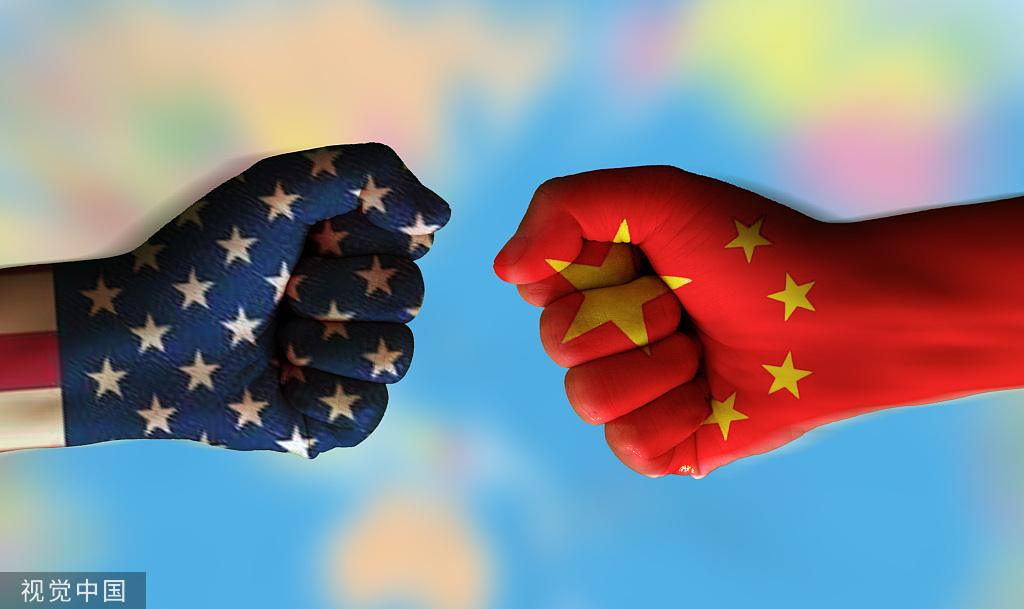 Conflict between the world's two largest economies spares no one. /VCG Photo

Conflict between the world's two largest economies spares no one. /VCG Photo

Statistics are very tiresome to read, but these numbers can speak for themselves. According to the data by the Office of the United States Trade Representative, China was the United States' 3rd largest export market in 2018. U.S. goods and services trade with China totaled an estimated 737.1 billion dollars in the same year. U.S. total exports of agricultural products to China was recorded at 9.3 billion dollars in 2018, placing China as the 4th largest agricultural export market of the U.S. Low-cost Chinese goods keep prices low in the U.S. market, thereby saving costs for U.S. companies and ordinary families.

From the statistics of the first half of the year, it is clear that despite the escalating trade conflict with the United States, China's overall economic growth in the first half of the year is better than expected. On July 12, China's General Administration of Customs reported that the country's foreign trade in goods rose 3.9 percent year-on-year to reach 14.7 trillion yuan, or 2.1 trillion dollars. This notable figure only demonstrates the Chinese economy's remarkable resilience. Besides, China is a major trading partner of more than 120 countries and regions. There is much reason for cheers as China has bolstered its exports capacity, despite the rising protectionist and nationalist sentiments in the West.

Baffled by China's stage and level of economic development, the United States has not hidden its concern about China's rise as a world superpower by describing China as "rival." Whether President Trump likes it or not, today's China has become one of the most dynamic forces for world economic growth, making the country second-largest economy in the world as well as the world's largest trading nation.

It is true that Trump's "America first" policy has created problems to economic globalization. In his first appearance to the World Economic Forum at Davos, Chinese President Xi Jinping said that "the global economy is the big ocean you cannot escape from" and that China had "learned how to swim." The current U.S. administration needs to take an honest and unbiased look at China's economic performance. Hopefully, such an act could shed its mental inhibitions towards China and make it realize that the Trump administration should improve its political and economic relations with the world's second-largest economy.

There is simply no other alternative.