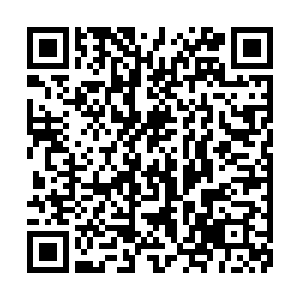 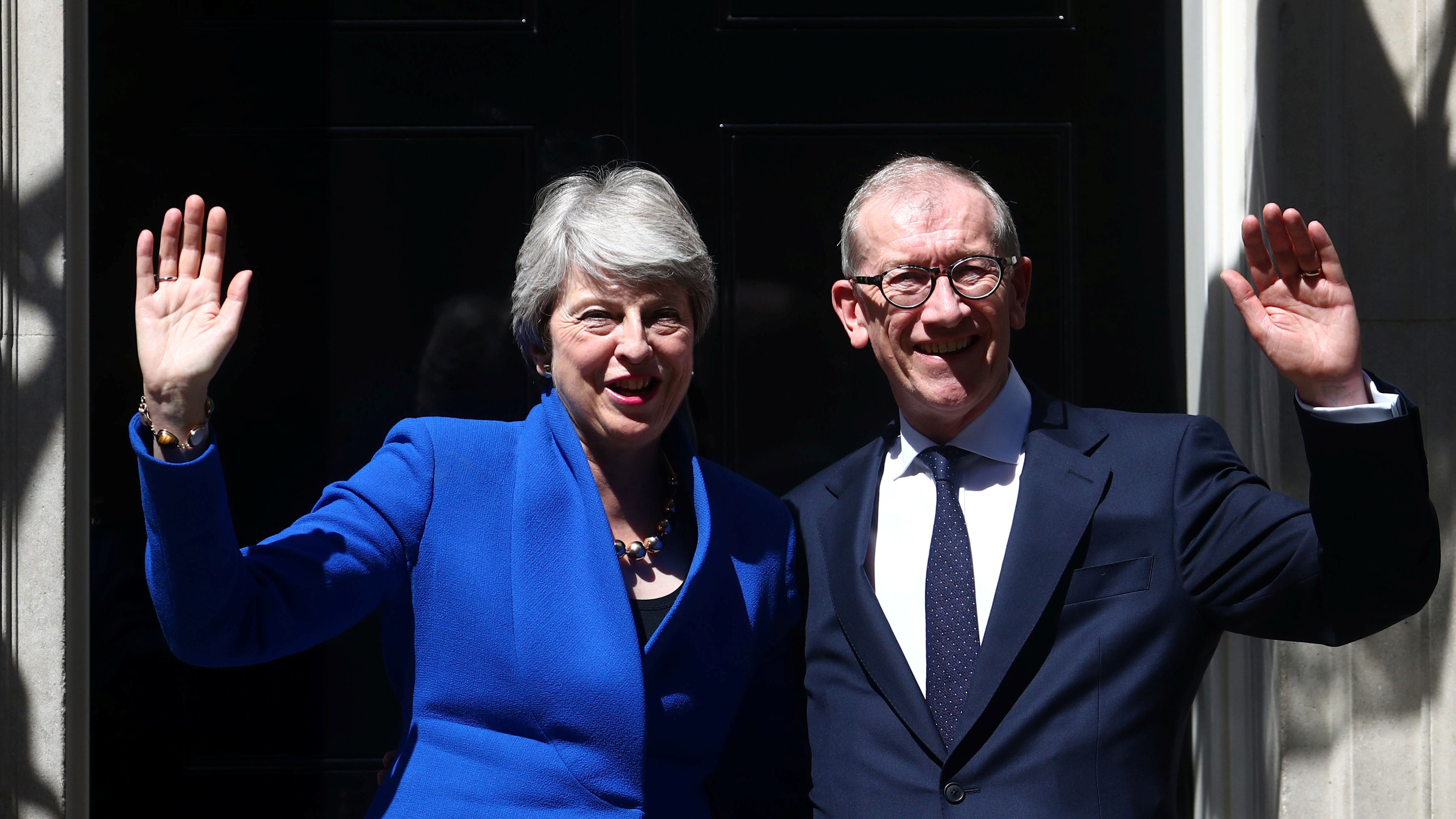 UK Prime Minister Theresa May delivered her farewell speech in Downing Street outside her Number 10 office on Wednesday, with her husband Philip by her side.

May said serving as prime minister had been "the greatest honor" and thanked all those who had worked with her.

She said delivering Brexit "in a way that works for the whole United Kingdom" was an "immediate priority".

"This is a country of aspiration and opportunity, and I hope that every young girl who has seen a woman prime minister now knows there are no limits to what she can achieve." 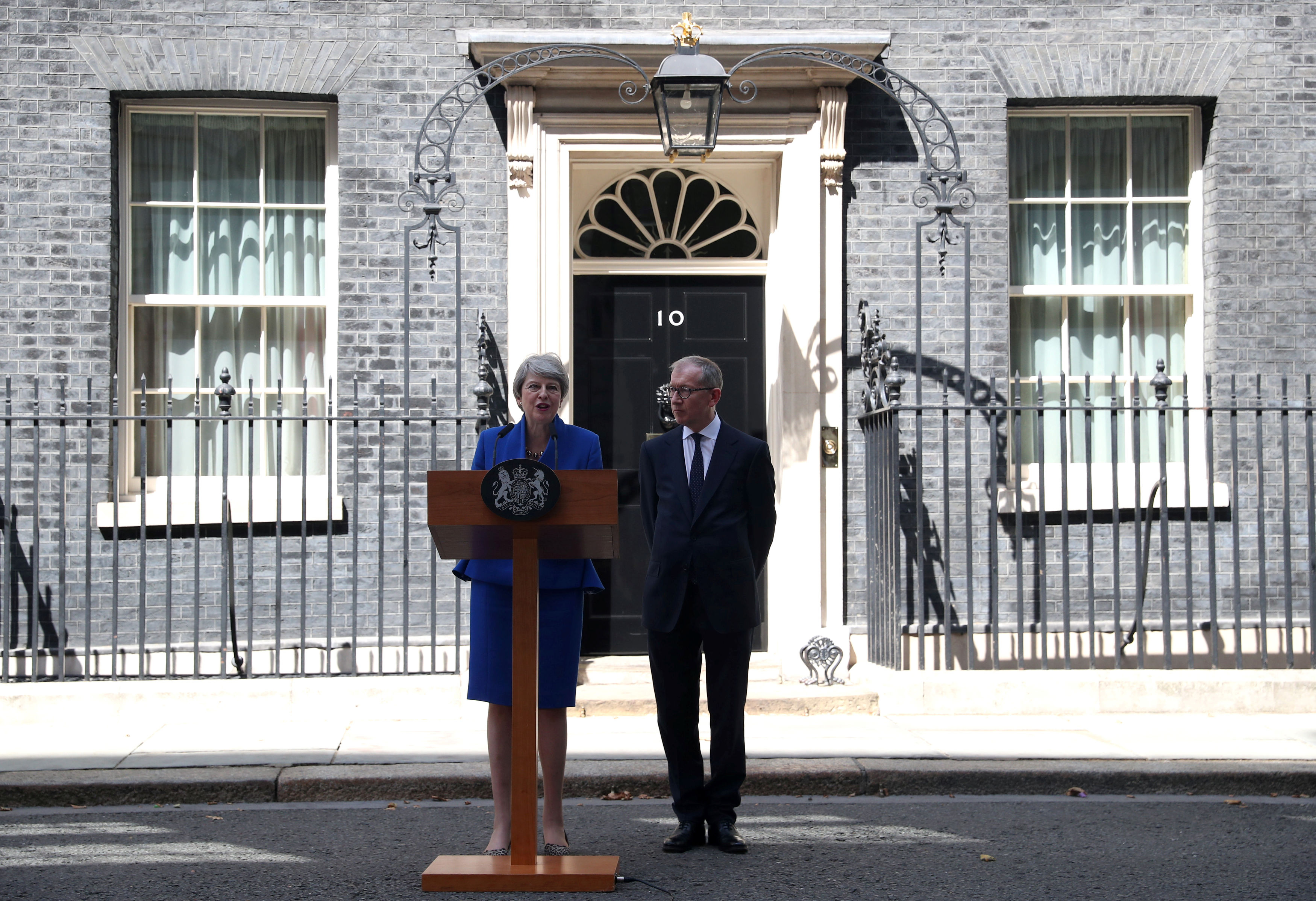 Theresa May, next to her husband Philip, delivers a speech on her last day in office as Britain's Prime Minister, outside Downing Street, in London, Britain, July 24, 2019. /Reuters Photo

Theresa May, next to her husband Philip, delivers a speech on her last day in office as Britain's Prime Minister, outside Downing Street, in London, Britain, July 24, 2019. /Reuters Photo

May's speech was interrupted by a yell of "Stop Brexit!" from beyond the security gates at the end of the road. "I think not," she retorted.

After the speech, May formally tendered her resignation to Queen Elizabeth II, and Buckingham Palace said the Queen has accepted May's resignation.

Boris Johnson becomes UK's new prime minister after being asked to form a government during his meeting with the Queen at the Buckingham Palace.

Johnson will also speak outside No 10 soon.

Demonstrators briefly tried to block the wide ceremonial road leading to Buckingham Palace as Johnson was driving up it in convoy to meet Queen Elizabeth to begin his term as leader.

A group of mostly female protesters in red linked hands across the road while others briefly unfurled a "Climate Emergency" banner as they sought to interrupt the passage of a car being accompanied by police outriders.  The car moved slowly around them before reaching the palace shortly afterward. 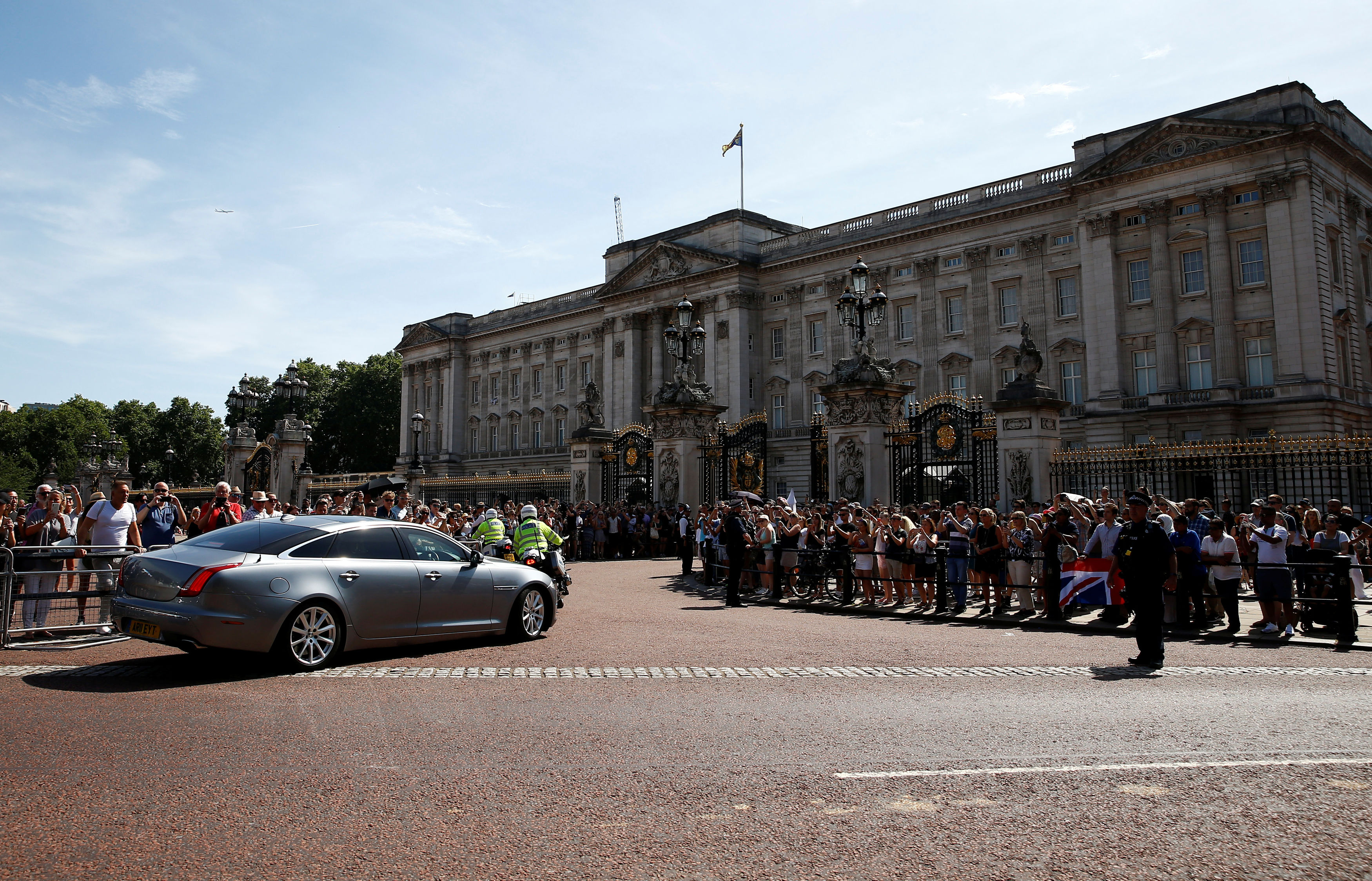 Earlier in the day, British lawmakers gave outgoing May a standing ovation as they applauded her out of the House of Commons chamber after her final, at times emotional, appearance as a leader.

Praising the link between lawmakers and the constituents they represent as "the bedrock of our parliamentary democracy", May's voice quivered as she finished: "That duty to serve my constituents will remain my greatest motivation."

May took over as prime minister in the aftermath of the 2016 vote to leave the European Union and is standing down just over three years later having failed to deliver Brexit, her divorce deal with the bloc rejected three times by a deeply divided Parliament.