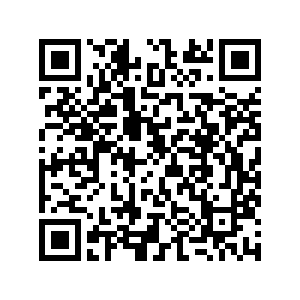 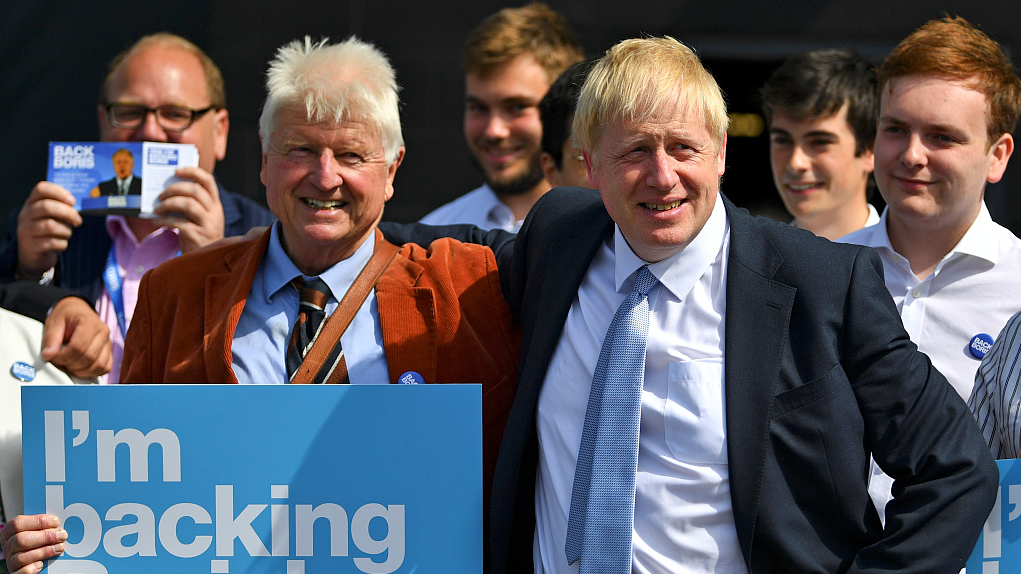 Editor's note: Dr. Ji Xianbai is a research fellow at the S. Rajaratnam School of International Studies, Nanyang Technological University, Singapore. He is also an associate fellow at the EU Center in Singapore. The article reflects the author's opinions, and not necessarily the views of CGTN.

After three years of Theresa May's tenure as the UK's prime minister, 10 Downing Street will have a new occupant on Wednesday: Boris Johnson. Johnson won the endorsement of two-thirds of the Conservative Party membership in a secret leadership ballot, defeating rival Jeremy Hunt.

Throughout the dozen or so hustings that had taken place in the past months, Hunt appeared a worthier candidate for the top job in the UK. The current foreign secretary was noticeably calmer and more reasonable and self-restrained as a person, but Johnson has game-changing qualities that Hunt proved unable to match – a strong personality and being a Brexiteer since day one.

Johnson is tough on Brexit, so choosing him as the prime minister would greatly reduce the likelihood of the UK not being able to leave the EU by October 31. Alternatively, if the UK was not to leave as scheduled in three months, it would almost certainly head into a general election. In such a scenario, Johnson is also thought to be the right person to lead the Conservatives to beat Jeremy Corbyn's Labour Party. Either way, electing Johnson seems a decent move from the Tory party's perspective.

True, Johnson is morally flawed in the eyes of many people, but this did not prevent more than 92,000 grassroots Tory members from supporting him in succeeding May as their party leader and the prime minister.

Here, a bit of history could be enlightening. Winston Churchill (with whom Johnson has long identified) led the UK through to triumph during World War Two, but he soon lost to Labour's Clement Attlee who campaigned on a social welfare platform in the post-war general election. Churchill's historical electoral fiasco is an excellent example illustrating that British voters had drastically different expectations about wartime and peacetime leaders.

So, while Hunt might make a good peacetime prime minister, for now a "wartime" leader like Johnson is needed by the UK.

The Brexit saga has dragged on for nearly three-and-a-half years and yet the UK is still in the EU and it even had to elect representatives directly to the European Parliament in May. The people and the Tories have had enough, they desperately need someone with a strong personality like Johnson to put an end to this somewhat humiliating and exhausting state of affairs preferably once and for all. 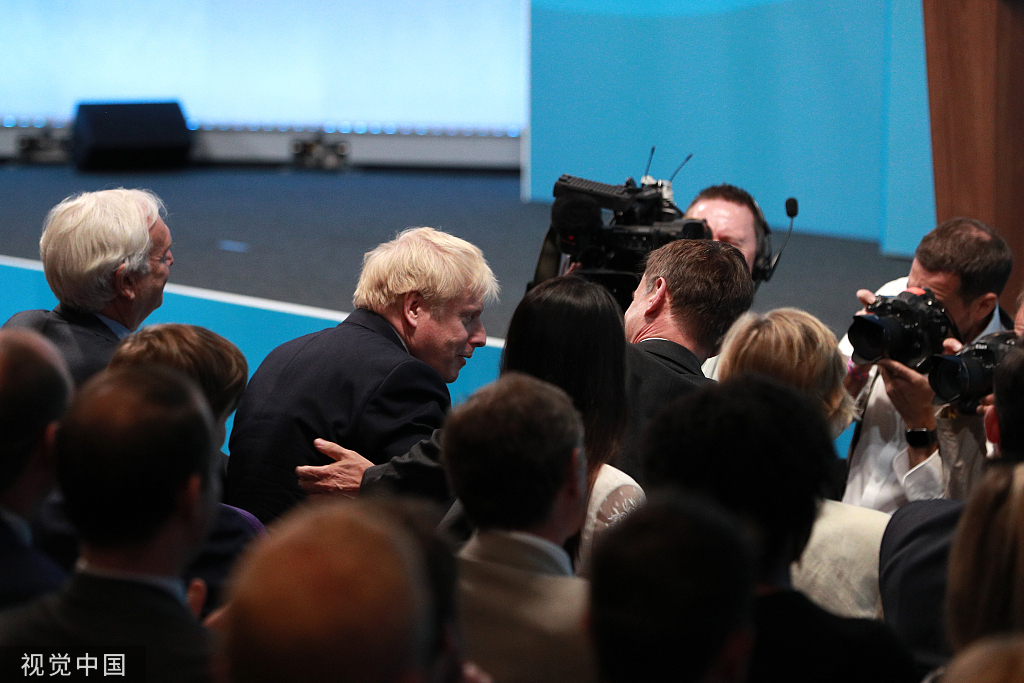 Therefore, the more Johnson behaves in a calculating, irrational and morally unconstrained manner in relation to Brexit and related policy matters, the more people paradoxically believe that he is the one they trust to defend British national interests when negotiating the country's departure from the EU.

Johnson will start his premiership on Wednesday and try to fill key cabinet posts in the coming days. Leading Brexiteers or Johnson-backers like Dominic Raab, Jacob Rees-Mogg and Matt Hancock are likely to be handed top cabinet roles. To strike a soft-hard Brexit and gender balance Johnson may opt to keep female party heavyweights like Amber Rudd, work and pension secretary, and Andrea Leadsom, the former Commons leader, in his "war ministry."

However, Brexit is not the only task for Johnson – uniting the divided Tory party ought to be equally high on the agenda. Unfortunately, Johnson looks more concerned about realizing his personal ambition than to heal the acrimonious internal split that has wreaked havoc in his party. Disagreeing with the ultra-hardline Brexit stance espoused by Johnson and his followers from the infamous European Research Group, an exodus of senior Tory ministers is underway. Chancellor Philip Hammond, Justice Secretary David Gauke and International Development Secretary Rory Stewart have all announced they will not serve in the Johnson cabinet.

In the polarized political spectrum of the UK today, the Johnson-led Tory party is unapologetically establishing itself as a force for Brexit. Meanwhile, with the election of Jo Swinson, a fervent Remainer, as party leader over the last weekend, the Liberal Democrats have become firmly a pro-Remain party. The Labour Party sits somewhere in between, making a case for the second referendum to give people a final say over the way in which Brexit takes place or whether to remain in the EU. Should Tory rebels join forces with Liberal Democrats or Labour on Brexit, the election of Johnson might end up exacerbating Tory divisions rather than alleviating them.

The country's last wartime leader, Churchill, defeated continental European enemies some seven decades ago. We will see if the newly-elected "wartime" leader Johnson can win the Brexit battle against Europe this time around. With the all the positives and negatives associated with Johnson, history will tell if the Tories made a wise decision on July 23, 2019 or not.