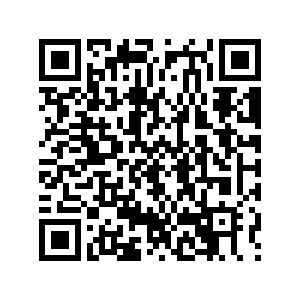 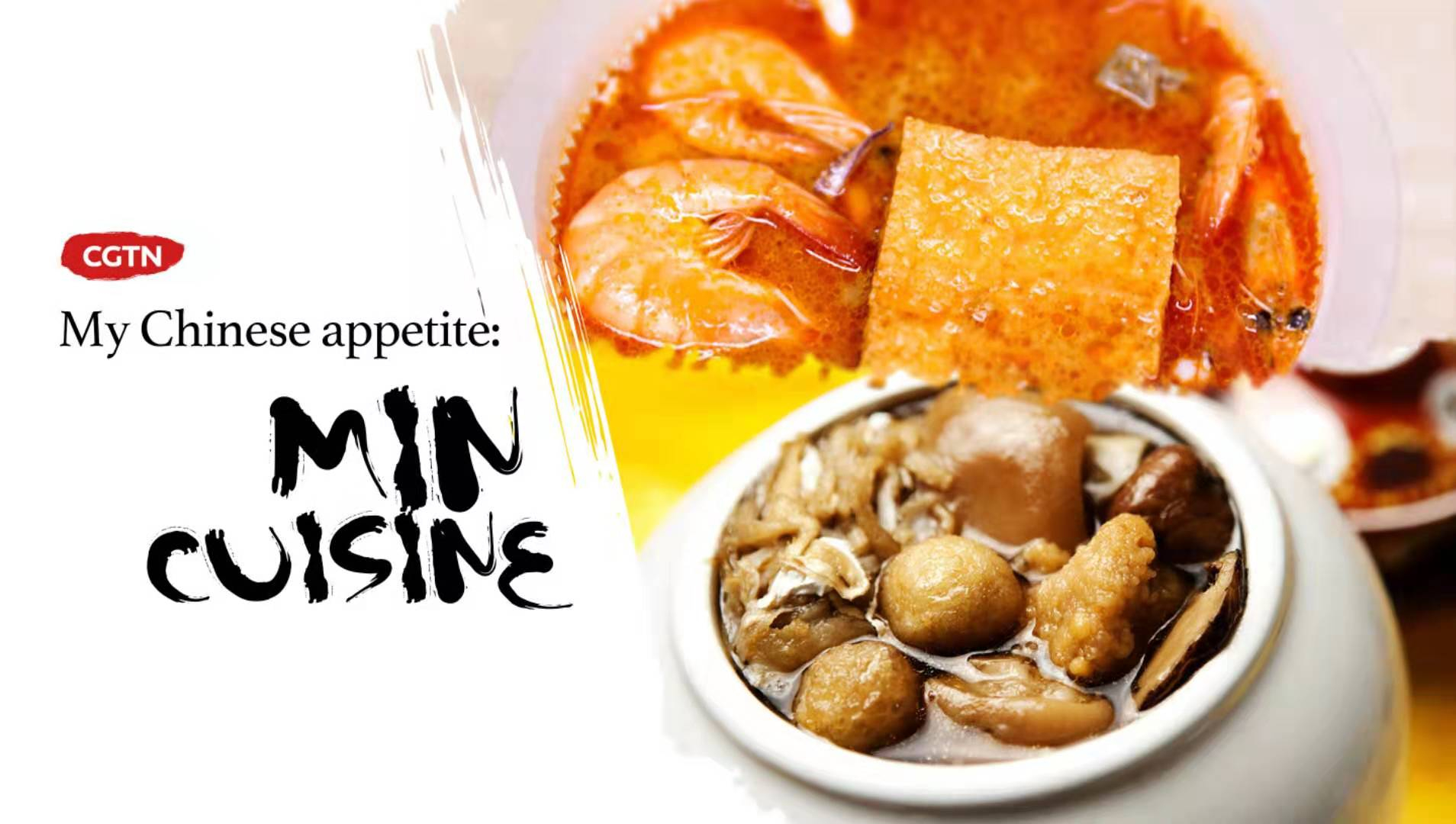 China has a long culinary history. During the Shang and Zhou Dynasties (1600-221 B.C.), Chinese cuisine was well developed in terms of cooking methods. Four of the "eight cuisines" were publicly recognized as the most developed cooking styles during the early Qing Dynasty (1644-1911), which was recorded in the book "Qing Bai Lei Chao.” They consist of Lu cuisine from today's Shandong Province; Yue cuisine, also known as the Cantonese cuisine, from Guangdong Province; Chuan cuisine, nurtured by its birthplace in Sichuan Province; and Su cuisine, from today's eastern coastal province of Jiangsu.

Food is often a history in itself, tracing the wisdom of people who have made good use of their local ingredients.

Min cuisine, also known as Fujian cuisine, or Hokkien cuisine, originated in what's today known as Fujian Province. Min cuisine has a reputation for its light and fresh flavors, its use of seafood and its inclusion of soups in almost every meal. Commonly used cooking techniques are braising, stewing, steaming and boiling. 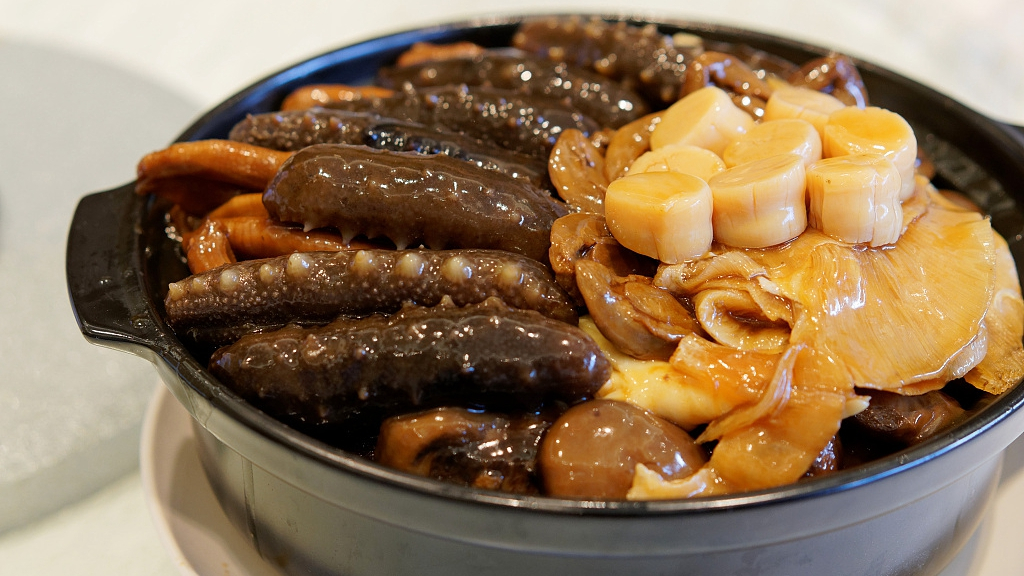 "Buddha Jumps Over the Wall," or "fo tiao qiang" in Chinese, is a stew that was invented in the late Qing Dynasty (1644-1911) by Zheng Chunfa, a chef who owned a restaurant in Xiamen. "Fo" means buddha, "tiao", jump, and "qiang" means wall. The name was inspired by a poem improvised by one of the restaurant's guests, who claimed the food was so delicious it could entice vegetarian monks to partake in the meat-based dish. 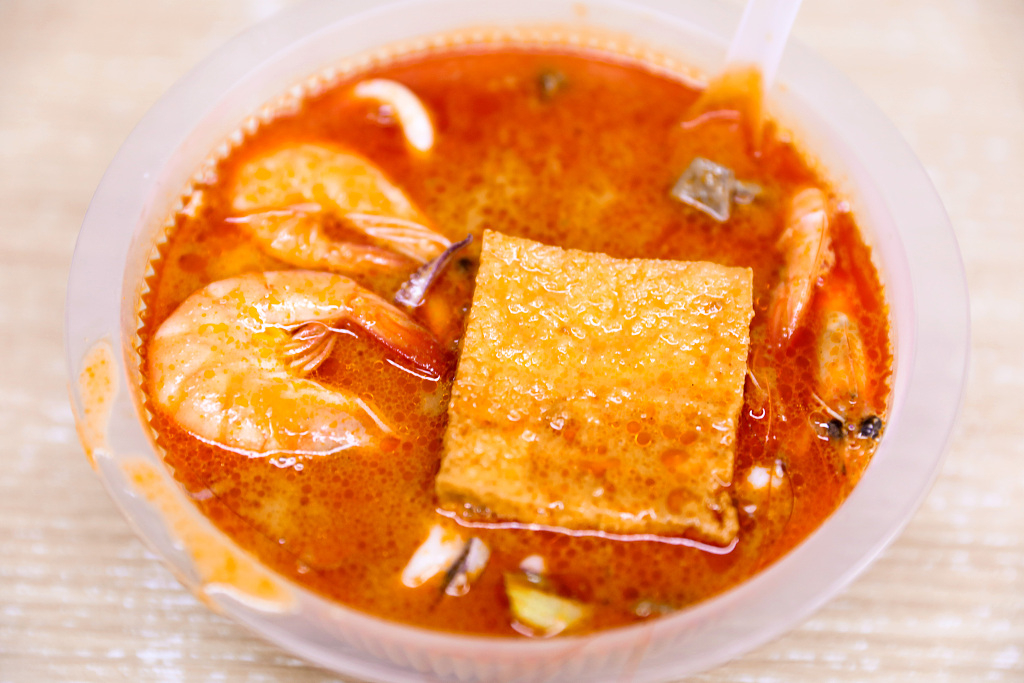 Located on the southeastern coast of China, Fujian Province has long been influenced from other cultures, with satay sauce becoming a local favorite. It is incredibly easy to prepare a bowl of satay noodles. Cook the noodles in boiling water. Add ingredients to one's taste – common ingredients include tofu, prawns, squid and duck blood. Boil the soup in another pot. Put them together, and a simple homemade dish is ready. No wonder this is a signature snack for locals and tourists, it's convenient and tasty. 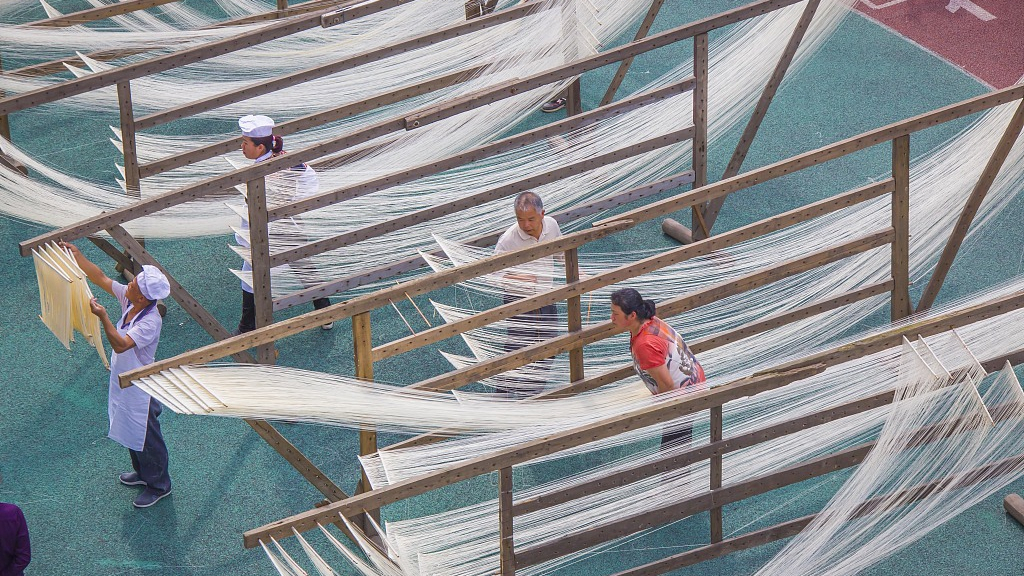 Heirs to the craft of making xian mian in Fuzhou compete with each other, April, 2018. /VCG Photo

Heirs to the craft of making xian mian in Fuzhou compete with each other, April, 2018. /VCG Photo 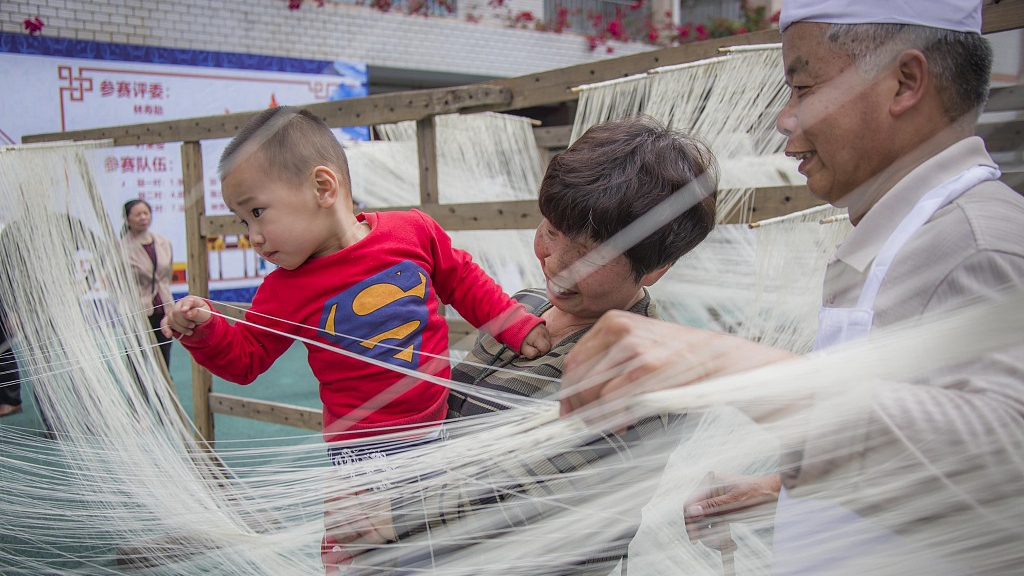 Heirs to the craft of making xian mian in Fuzhou bring kids to observe how the noodles are made, April, 2018. /VCG Photo

Heirs to the craft of making xian mian in Fuzhou bring kids to observe how the noodles are made, April, 2018. /VCG Photo

"Xian mian" in Chinese means line noodles. Noodles are lines by themselves, but the emphasis on the quality of looking like a thin line tells you how thin it could be. Noodles used for stir-fries are about 0.7 mm wide, while soup noodles are even thinner, about 0.6 mm wide. To explain how amazingly thin they can be, here are a few indicators:

With one kg of raw flour, chefs can produce about 3,000 lines of xian mian, each stretching to two meters.

It originated in the Southern Song Dynasty (1127-1279). As for now, the city of Fuzhou in Fujian Province is where most of the heirs to the craft reside, while machines in the province and across the country have started taking over the production work. 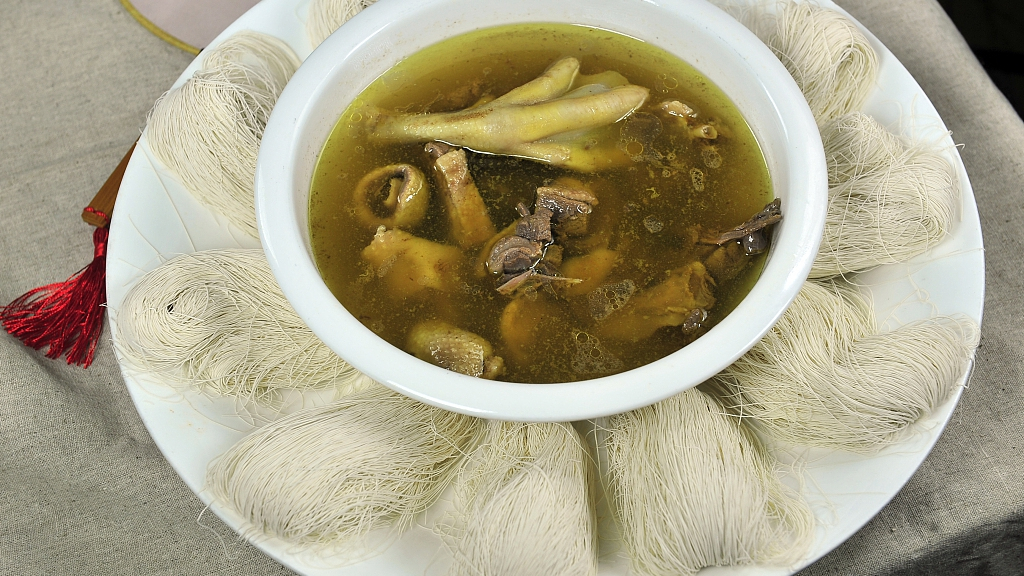 There are three popular ways of cooking with xian mian in Fuzhou. It could be stir-fried with meat and vegetables, with seafood, or served with duck and soup, as shown in the picture.