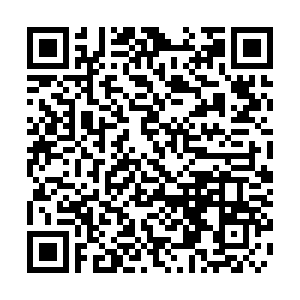 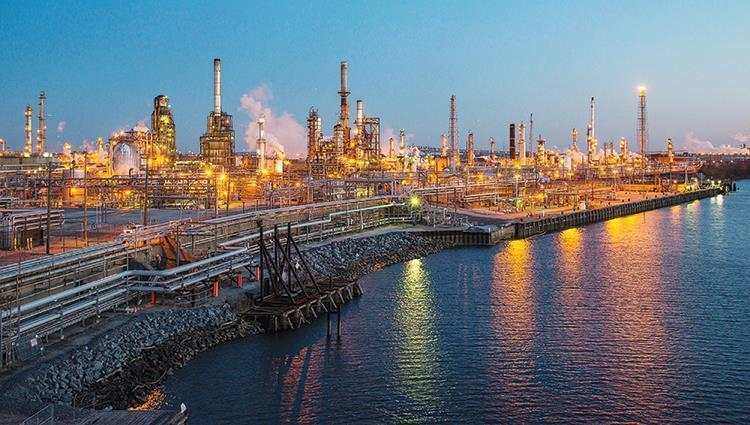 China on Thursday welcomed a Russian proposal for a "collective security" mechanism aimed at stability in the Persian Gulf amid increasing tension in the strategic oil shipping lane at the center of sporadic clashes between Iranian and Western navies and vessels in recent times.

The Moscow-proposed mechanism also calls for removing foreign military presence from the Persian Gulf as a key condition for stability in the turbulent region, while stressing on the need for adherence to international laws under the UN Charter and Security Council resolutions.

"The peace and stability in the Gulf is of vital importance to the Middle East and beyond. China champions a vision of common, comprehensive, cooperative and sustainable security. We believe that in order to achieve universal security in the Gulf, countries in the region should develop good-neighborly and friendly relations on the basis of mutual respect and non-interference in each other's internal affairs," Chinese Foreign Ministry Spokesperson Hua Chunying said at a press conference in Beijing.

"The international community needs to form synergy and play a constructive role in promoting regional peace and stability. China welcomes the relevant proposal of Russia and stands ready to step up communication and coordination with relevant parties," she added. 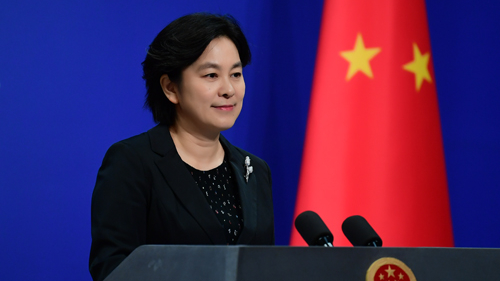 Earlier on Tuesday, Russia's Foreign Ministry unveiled what it called the "Collective Security Concept for the Persian Gulf Region" in the presence of representatives of Arab states, Iran, Turkey, the five permanent members of the UN Security Council, the European Union, the Arab League and the BRICS countries, according to a press statement by the ministry.

The Russian proposal envisioned the creation of a security and cooperation organization in the Persian Gulf involving major global and regional players including China, Russia, India, the U.S., EU, and other stakeholders as observers or associated members.

At the briefing, Russia's Deputy Foreign Minister and Special Presidential Representative for the Middle East and Africa Mikhail Bogdanov emphasized that only creating a truly inclusive regional security system can serve as the foundation for ensuring a decent future for all the peoples of this strategically important region of the world.

"The main principles of the concept are incrementalism, multilateralism and strict observance of international law, primarily the UN Charter and the Security Council resolutions. The looming strategic challenge outlined in the document is creating a holistic mechanism of collective security in the region and cooperation among all the states in the region on an equal basis," Bogdanov elucidated. 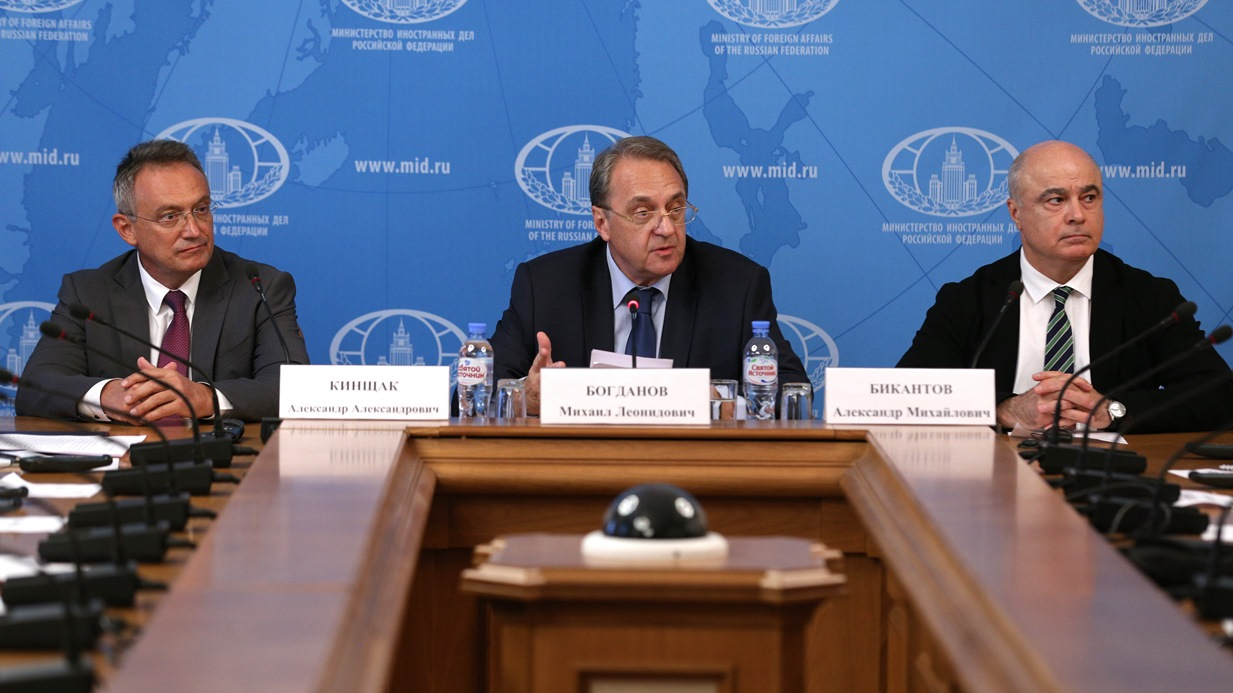 Russia's Deputy Foreign Minister and Special Presidential Representative for the Middle East and Africa Mikhail Bogdanov (C) outlines the main features of the “Collective Security Concept for the Persian Gulf Region” at a briefing in Moscow, Russia, July 23, 2019. /Photo via Russian Foreign Ministry

Russia's Deputy Foreign Minister and Special Presidential Representative for the Middle East and Africa Mikhail Bogdanov (C) outlines the main features of the “Collective Security Concept for the Persian Gulf Region” at a briefing in Moscow, Russia, July 23, 2019. /Photo via Russian Foreign Ministry

Read also: CGTN exclusive: Is U.S. pushing for a war with Iran?

Analysis: Is Trump not in control of Washington's Iran policy?

The proposal outlined arms control, joint anti-terrorist efforts and removal of foreign military presence as key conditions for security and stability of the Persian Gulf, which has seen several skirmishes between the militaries of Iran and the U.S. in recent times.

The situation further declined after Iranian soldiers seized the British-flagged Stena Impero in the Strait of Hormuz – the flash point entrance to the Persian Gulf – earlier this month in retaliation for British authorities detaining its oil tanker Grace 1 off the coast of Gibraltar.

Amid the ongoing standoff, Britain on Thursday ordered its navy to escort UK-flagged ships through the Strait of Hormuz. The UK has also proposed a European-led mission that could secure the passage of vessels through the world's busiest oil shipping lane.

According to the data from the U.S. Energy Information Administration, an average of 14 tankers per day pass out of the Persian Gulf through the strait carrying 17 million barrels of crude oil which represents nearly 35 percent of the world's seaborne oil shipments and 20 percent of oil traded worldwide. More than 85 percent of these crude oil exports went to Asian markets, with China, India, Japan and South Korea as the largest buyers.

China, India and Russia could form the backbone of Gulf security 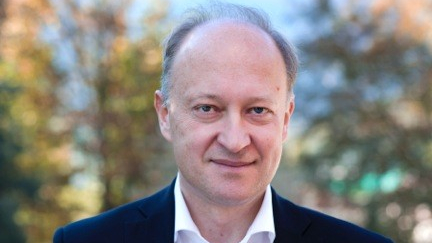 Moscow-based think tank Russian International Affairs Council (RIAC) strongly backed the idea of China, Russia and India getting actively involved in the security of the Persian Gulf and forming the backbone of the collective security responsibility under the new Russian plan.

RIAC director general Andrey Kortunov said in his latest report that the U.S. naval forces should not be at the core of the new “collective security” as Washington is an immediate participant in the confrontation in the Persian Gulf today. For the same reason, an international operation, at least at the initial stages, cannot be led by the navies of any regional powers already involved in a confrontation. It is also difficult, given the situation, to imagine that the navies of Iran and Saudi Arabia could interact effectively, he stated.

"India, China, and Russia could offer their patrolling services, since both India and China are critically dependent on the energy sources transported through the Strait [of Hormuz], and Russia could carry out such work thanks to the special role that Moscow plays in the Middle East today," Kortunov explained.

"Additionally, such a trilateral initiative would send an important signal to everyone that it is possible in principle to conduct major joint operations involving New Delhi and Beijing and, given the multiple problems in China–India relations, such a signal would not count for nothing," he added.

The Russian geostrategic expert however warned that it is necessary at all costs to avoid giving the impression that the India-China-Russia initiative is aimed against any party in the confrontation in the strait (be it the Arab Gulf states or the Islamic Republic of Iran). Particular sensitivity and attention to detail will be required in consultations with Tehran: Iran is particularly sensitive to any international actions that can be interpreted as another attempt to “surround” or “isolate” the country.

"Ultimately, however, the Islamic Republic is just as interested in preserving freedom of navigation in the Strait of Hormuz as any of its Arab neighbors, and it is preferable for Tehran to have this freedom guaranteed by its partners, rather than by its opponents," Kortunov reasoned.

The RIAC director general advocated to gradually expand the number of participants under the collective security mechanism to include the navies of leading European powers as well as Japan and South Korea, which also receive large share of their hydrocarbons via the Strait of Hormuz. "Subsequently, it would be wise to involve the navies of the United States, Iran, Saudi Arabia and other coastal states of the Gulf in the operation," he remarked.