“Flying man” Zapata fails to fly across the Channel, vows for a fresh attempt
Sports Scene 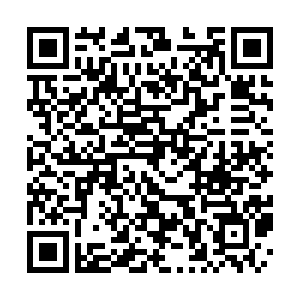 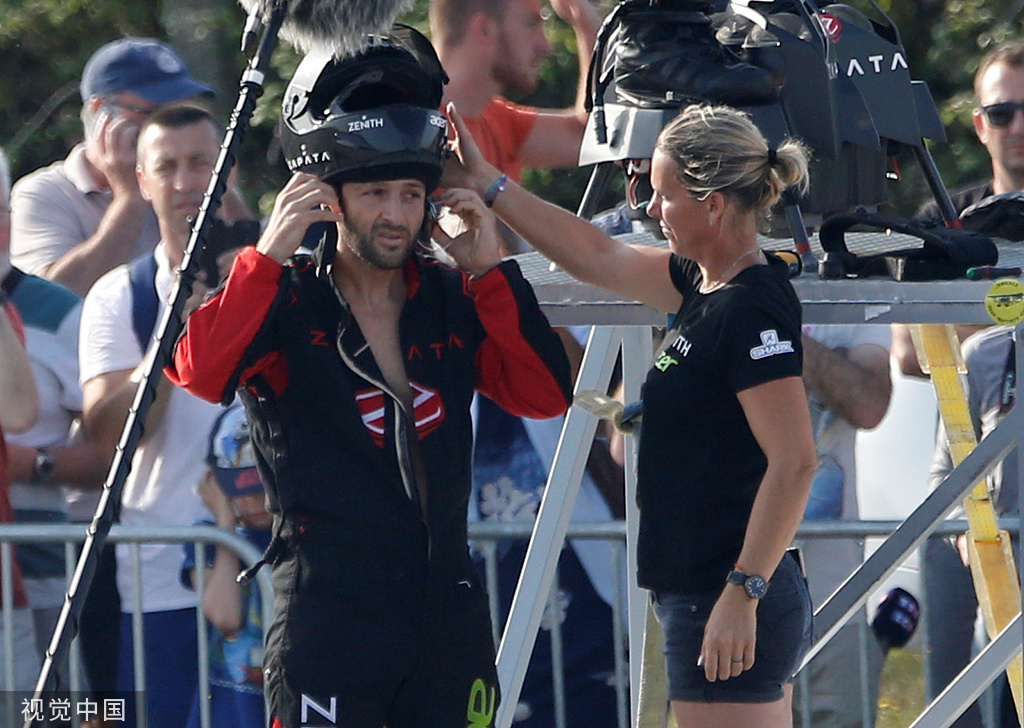 Zapata talks to his wife as he gets ready for take off on a Flyboard to fly across the English channel from Sangatte to Dover, in Sangatte, France, July 25, 2019. /VCG Photo

Zapata talks to his wife as he gets ready for take off on a Flyboard to fly across the English channel from Sangatte to Dover, in Sangatte, France, July 25, 2019. /VCG Photo

French inventor and aviation pioneer Franky Zapata’s historic attempt to fly across the Channel on a self-designed “flyboard” came a cropper after he crashed halfway through in the sea on Thursday.

The 40-year-old had to be rescued from the choppy waters between France and England after he collided with a refueling boat, which left him falling into the clogged shipping lane and destroying his beloved board.

However, an undeterred and unfazed Zapata, despite finding his efforts for a milestone going in vain, has vowed to fly again across the iconic Channel.

Addressing the media after his collision while attempting a planned-refueling mid-sea, the adventurer said, “So we failed, we are sad about that, but on the other hand, we realized the farthest flight ever on a flyboarder. We did 20.2 kilometres (12.5 miles). We were careful with the work behind the flight, and (so) to fail the distance, finally that was the easiest (part).” 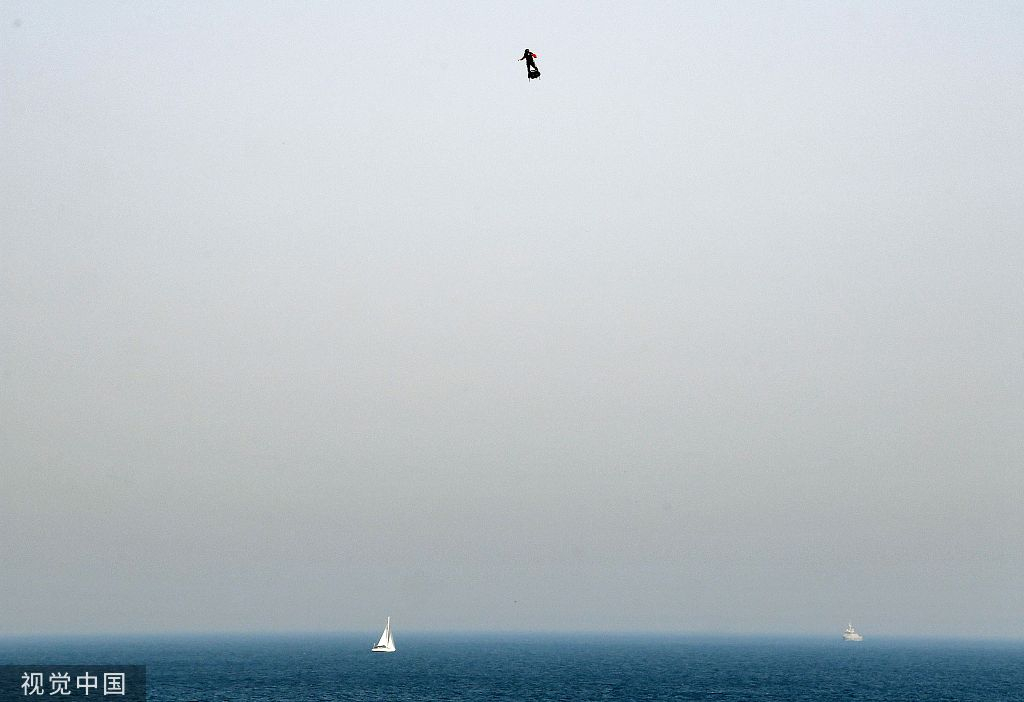 Franky Zapata stands on his jet-powered "flyboard" as he takes off from Sangatte, northern France in an attempt to fly across the Channel, July 25, 2019. /VCG Photo

Franky Zapata stands on his jet-powered "flyboard" as he takes off from Sangatte, northern France in an attempt to fly across the Channel, July 25, 2019. /VCG Photo

“And I pushed my body to the limit and finally I was about to fly faster than I expected. And the biggest challenge, finally, was the landing. The boat was too small, the platform was moving on the roll (of the waves). And so I was focused on that and when I approached the platform, it just tipped on the pitch. It hit the feet of the flyboard and then it was a disaster,” Zapata lamented.

However, he remarked, “But, we're back in France, we're back at home. We will rebuild it and do it again.”

Earlier, on Thursday, Zapata, who begin his attempt wearing a full body suit, helmet and clutching a joystick to control the device, had a successful take off from Sangatte in northern France and was gliding through the Channel sky for a planned landing sonwhere around hover in Britain after a flight of just 20 minutes.

But he faltered mid-way while attempting refueling – the trickiest part of his historic mission – as the Frenchman crashed against the platform of the refueling boat due to the high waves, forcing him into the sea. 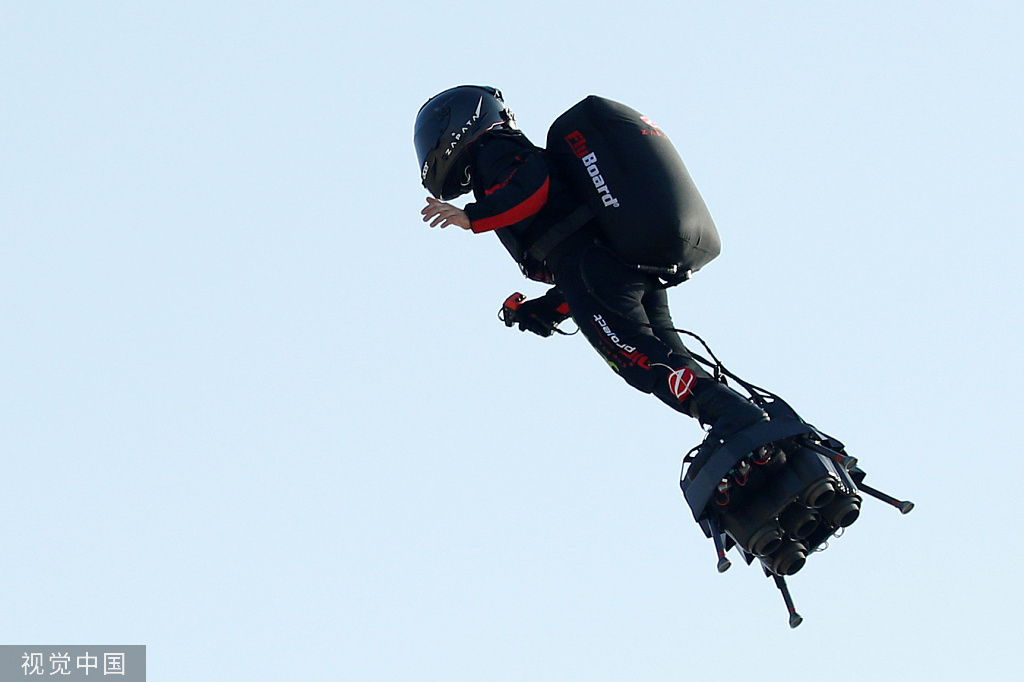 French inventor Franky Zapata takes off on a Flyboard in an attempt to fly across the Channel from Sangatte, France, to Dover, UK, July 25, 2019. /VCG Photo

French inventor Franky Zapata takes off on a Flyboard in an attempt to fly across the Channel from Sangatte, France, to Dover, UK, July 25, 2019. /VCG Photo

“In fact, as I approached the platform, the boat hit a wave and it caused the bar I had to grab to come forward and because the platform is not very big and I was getting closer, it hit the feet of the machine. It broke them. It threw me forward. I think I had a bad reflex – I should have accelerated and left. I tried to grab the bar and I just started to swing – left, right, left, right. Another poor reflex: I didn't let go of the accelerator at the right moment and I fell in the water,” the “flyingman” explained.

He also acknowledged to reporters, “I was angry at myself. It wasn't really anger. It was more disappointment. It's just that when you get this close, it's always hard to swallow. But I've spent my entire life doing sports. You work to become world champion but there's only one! Sometimes it's you. Sometimes it's the other guy. You have to accept that and learn from your mistakes. That's the challenge.”

Zapata's flyboard is about the size of a skateboard and is powered by 5 small jet engines that allow the rider to fly at speeds of 190 kilometers an hour (118 mph). Interestingly, Zapata picked the day, July 25 for his flying mission in order to pay his tribute to aviation pioneer Louis Bleriot, who had made the first airplane flight across the Channel on July 25, 1909.

Noting that Bleriot also had several failed flying attempts, Zapata, who sprang to international prominence at the July 14 Bastille Day military parade when he soared above the Place de la Concorde in Paris in front of world leaders including French President Emmanuel Macron and German Chancellor Angela Merkel, said, “Aviation is made by people who make failures and advance by rising again.”

While sounding optimistic and resolute about his second attempt, he explained, “To rebuild it (the flyboard), it would take just a day and then one or two days to reorganize the system like rent, find another boat – a bigger one. And then we have to do again and prove the safety again with all the French entities and the English entities to prove that everything is in place in a good way and let's go.”