'The beat in their heart': What is the future for Maasai culture?
Amy McConaghy, David Chungi 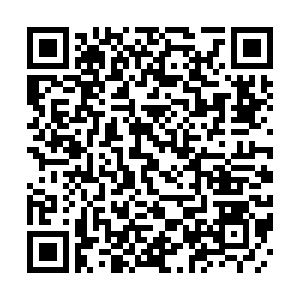 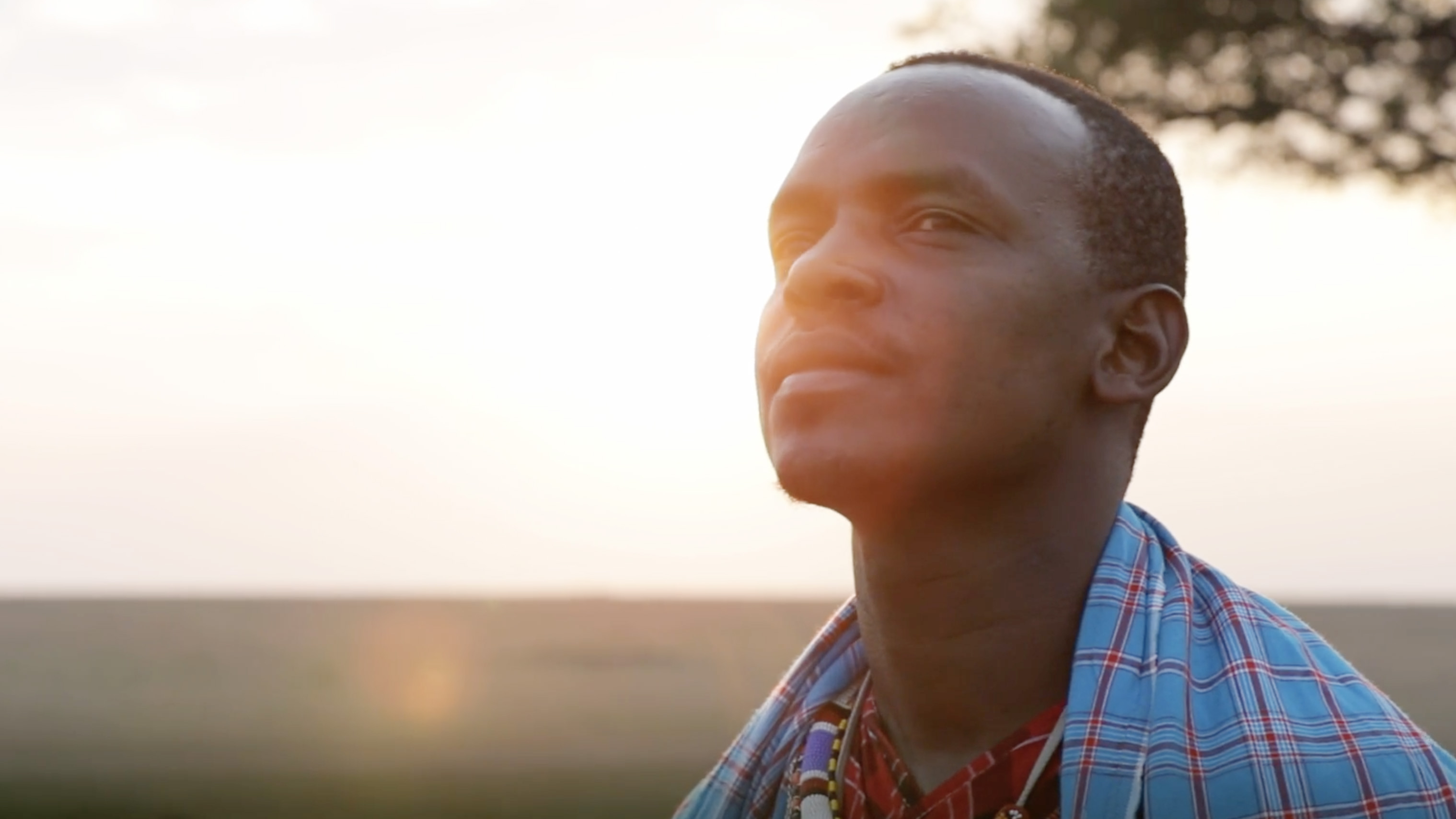 "The Maasai culture involves a lot of beliefs and cultural practices that brought us together, not only to ourselves but closer to God and closer to our natural habitat," Moses Masoi, our safari guide, told CGTN as we sat out by the Mara river patiently waiting to witness the wildebeest crossing. "These are the things we would love to maintain as the Maasai people, even if change comes."

But change has already happened. Moses, born and raised in the Maasai Mara, has witnessed the evolving nature of the Maasai community over the last few decades first hand. 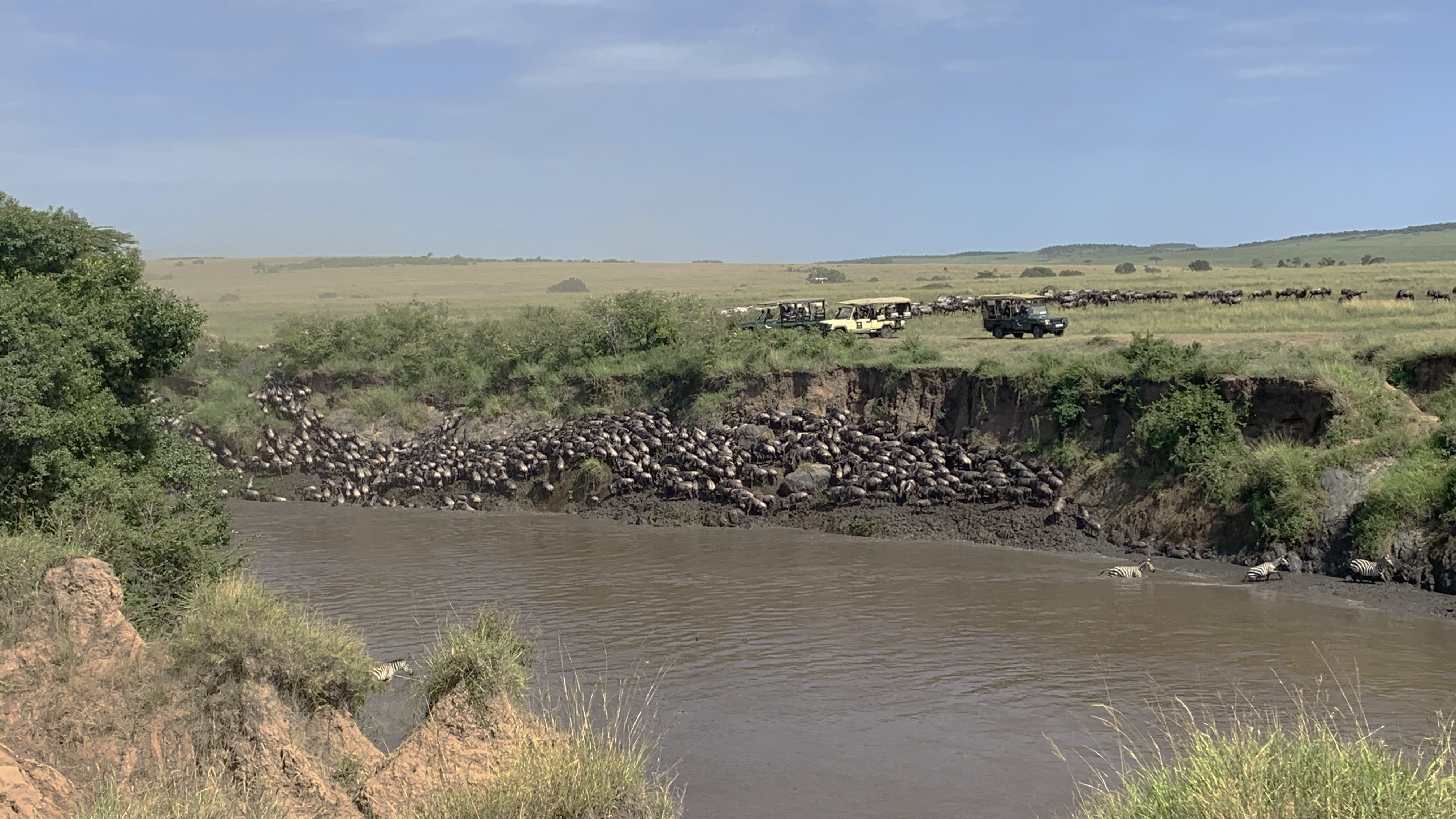 Yet despite the changes Moses has witnessed throughout his life, a common assertion you will hear among those in the Mara is of the indefatigable nature of their local culture, alongside a strong and authentic desire to maintain the traditional way of life.

Perhaps this is why Maasai culture is so well known to the Western consciousness, with the iconic image of a Maasai warrior – clad in the brightly colored traditional robe, the Shuka – evoking the curiosity of travelers across the world. 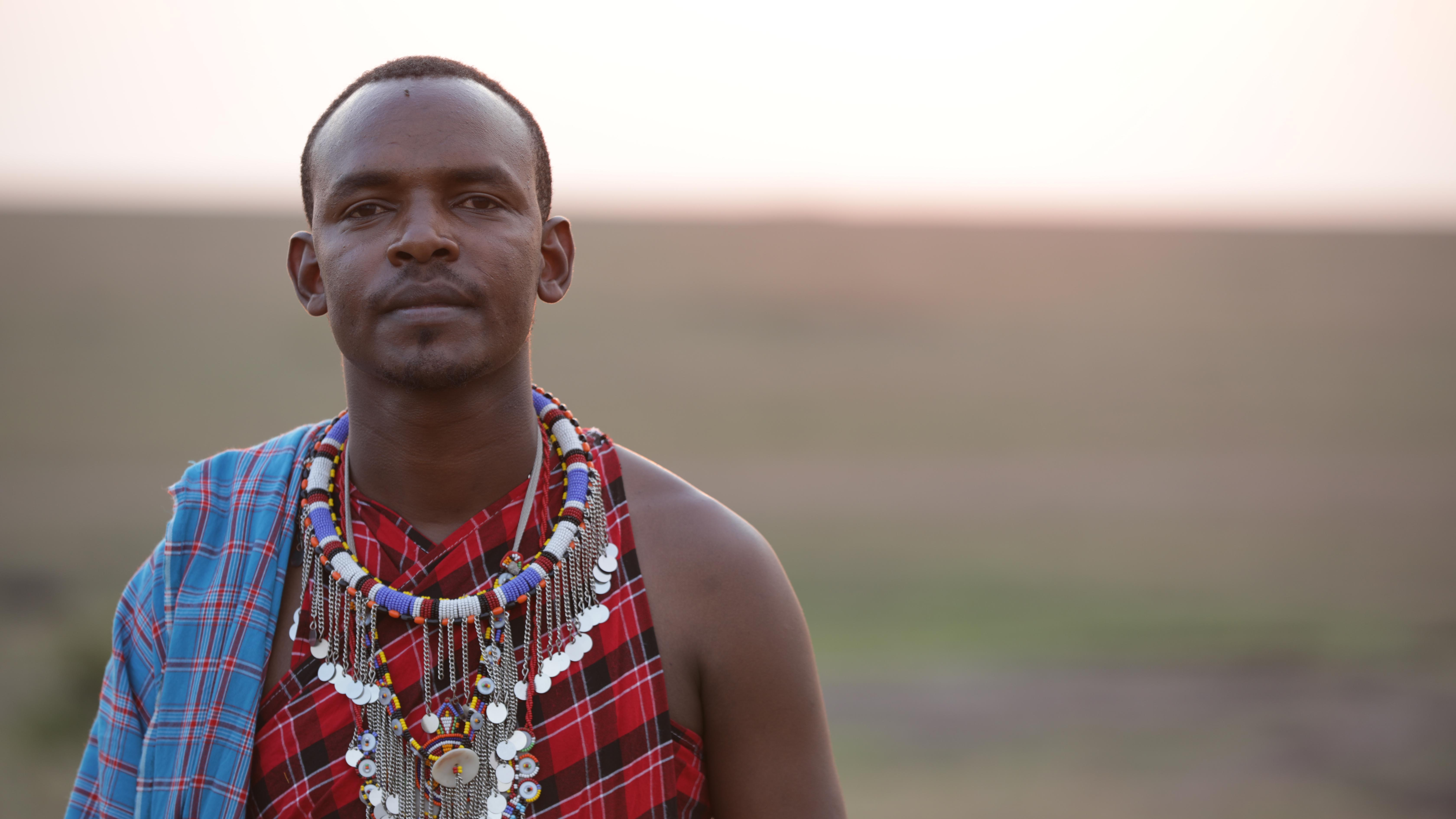 Moses Masoi was born and raised in the Maasai Mara, he works as a safari guide in the area. /Photo by David Maeri

Moses Masoi was born and raised in the Maasai Mara, he works as a safari guide in the area. /Photo by David Maeri

"Maasai culture is a very important culture not only to us as the Maasai, but also to the tourism industry and the country at large," Moses explained. "Whenever anyone in the world thinks of culture and Kenya, the first thing that comes to mind is the Maasai."

As a result, cultural tourism has developed into a source of income for many in the Maasai community, with people traveling to the Mara to learn about the Maasai culture. Maasai markets selling traditional jewelry and costumes, as well as tours of local Maasai villages, are spotted throughout the Maasai Mara, and tourists flock to them with as much interest as they do to the wildebeest migration.

However, while the flocks of tourists to the Mara have created new livelihood opportunities among the Maasai community, there is no denying the impact waves of curious foreigners and the proliferation of travel lodges has had on the traditional ways of life. 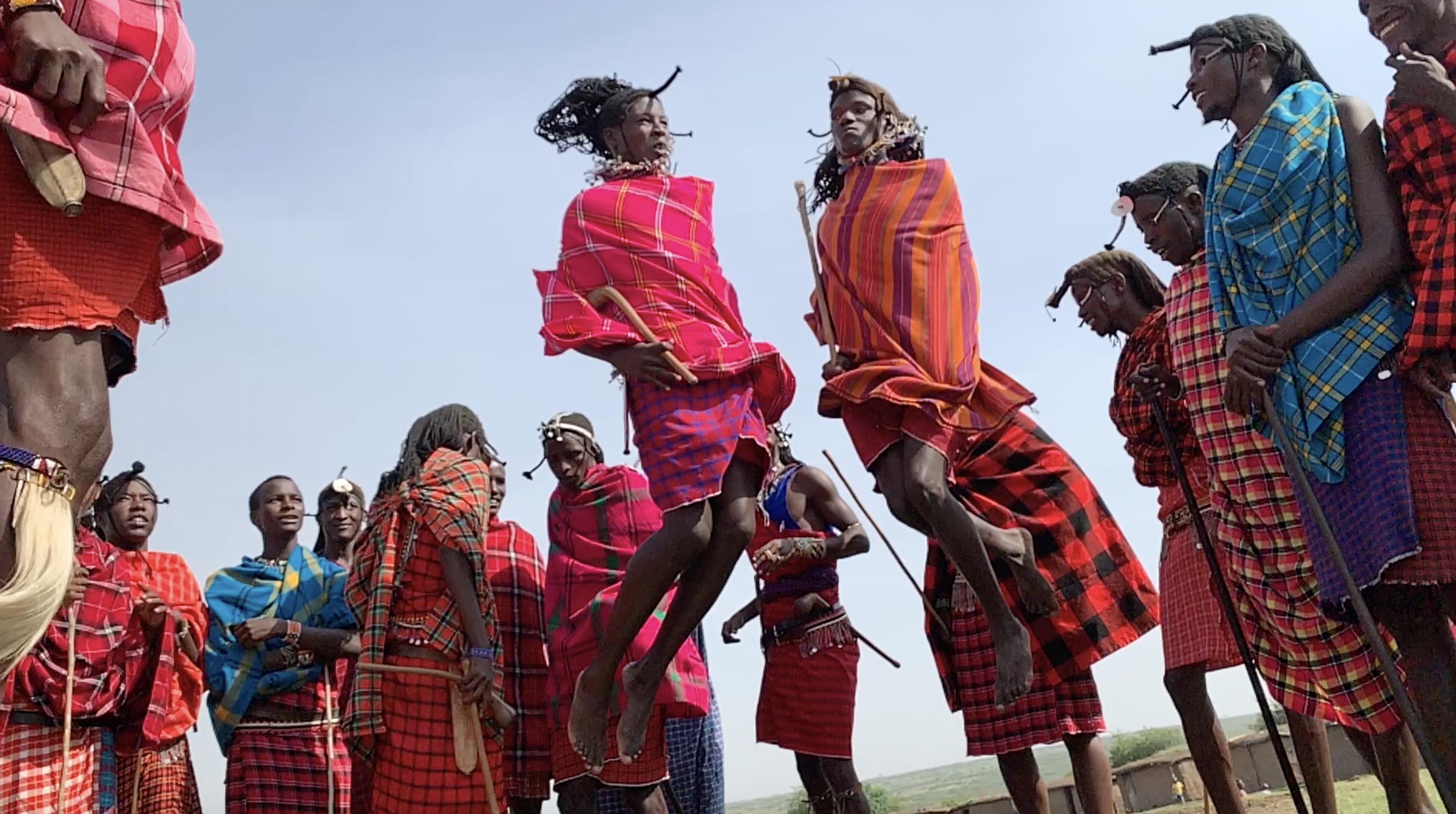 Members of a Maasai village perform for tourists in the Maasai Mara. /Photo by David Maeri

Members of a Maasai village perform for tourists in the Maasai Mara. /Photo by David Maeri

But change, Moses feels, is not always negative. "There are practices that we don't think we need in our culture, like female genital mutilation, early marriages. Those things are gradually going away because of education, churches, training given to parents and students," he said.

However, he has also observed the beautiful aspects of his culture being eroded, including the strong sense of community and the respect for the elderly and the young.

In today's modern world, where attention spans are short and communication has shifted from authentic human interaction to mobile apps, Moses has a dream to create a space where the oral traditions of his community are preserved and the younger generations have an available space to practice their culture.

Documenting the traditional stories of the Maasai is at the center of his plan. "I am working with various groups where we can record these stories and practices in soft media or online. We can have these stories from the elders and the oldest people in our society and record everything so they can become a future reference for people who want to learn more about our culture," he explained.

"My dream is to have a cultural museum," Moses told CGTN. "It does not have to be stored in Nairobi, or in some museum in London. We can have our own museum in the Maasai Mara, that stores our own culture, our own artifacts, with the Maasai people." 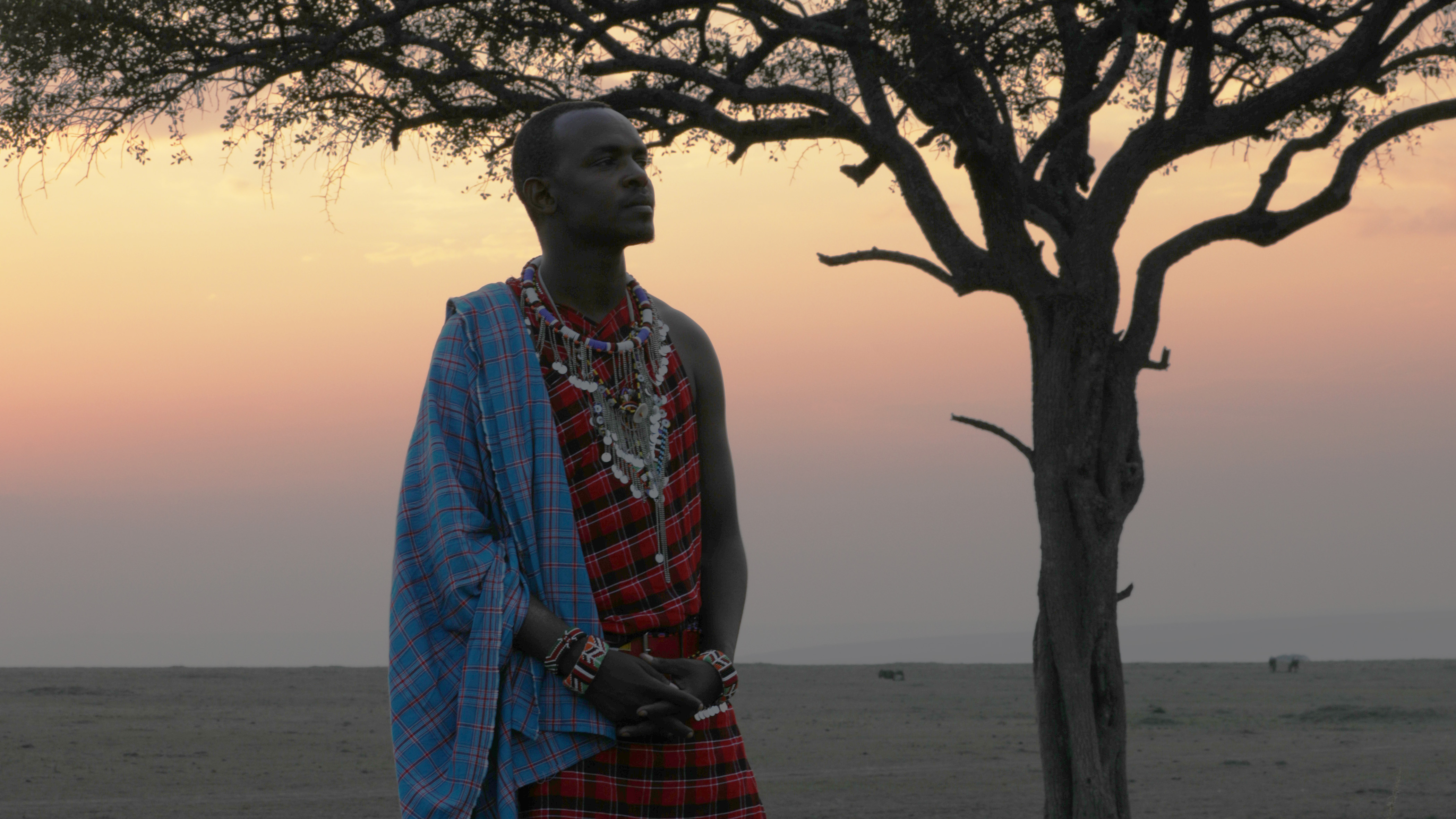 Moses Masoi is working toward the creation of a cultural center to preserve his heritage. /Photo: David Maeri

Moses Masoi is working toward the creation of a cultural center to preserve his heritage. /Photo: David Maeri

With this dream, Moses hopes to uphold his cultural heritage and the local cultural tourism industry, all the while ensuring a space where future generations of Maasai are able to experience the magic of the Mara the way he had while growing up.

"I hope that my future generations, my sons and daughters, can find the Maasai Mara the way it is, and that they will find our culture intact as it is," Moses said.

"And I hope they can still feel that beat in their heart that reminds them the Maasai Mara is their home."