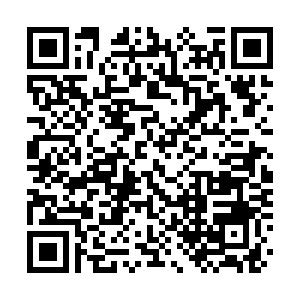 Growing economic relations between China and the Association of Southeast Asian Nations (ASEAN), plus with the stabilized situation of the South China Sea, are crucial to securing long-term peace and shared prosperity in the region.

The 10-member ASEAN became China's second-largest trading partner in the first half of 2019, overtaking the United States for the first time since 1997.

China has been ASEAN's largest trading partner for nine consecutive years, having become a huge market for the regional bloc's member countries.

For example, the planting of durians has been picking up steam across Malaysia in recent years owing to increasing demand from China, the world's largest market for this thorny and pungent "king of fruits."

In 2018, China ended Japan's 30-year streak to become the biggest foreign market of Philippine bananas, buying a total of 1.165 million tons, 56 percent up from 2017, according to the Philippine Statistics Authority.

Over the past two years, China has also become the largest Cambodian rice importer with other agricultural products, such as cassava, maize and banana also being shipped in bulk, said Cambodia's Ministry of Commerce Undersecretary of State and Spokesman Seang Thay.

The soaring exports of Malaysian durian, Philippine fruits and Cambodian rice to China are just a glimpse of the opportunities provided by a more open, robust Chinese market when the world trade is predicted to continue facing strong headwinds in 2019 and 2020 after growing more slowly than expected last year.

"The Chinese government had earmarked CAEXPO as one of the key initiatives under the ambitious Belt and Road Initiative. This is reflected by the CAEXPO 2019 theme - Building Belt and Road Routes, Realising Our Vision for a Community of Shared Future," the officer said on April 24, 2019.

"CAEXPO is a strategic entry platform for Malaysian companies to tap into not only China but the ASEAN markets too."

Regarding a Code of Conduct (COC) in the South China Sea, China is of the view that "smooth progress" in consultations with ASEAN has been accomplished, a Chinese foreign ministry spokesperson said in March.

Back in 2018, Chinese leaders had proposed completing the consultations for a COC in the South China Sea within three years, which met with positive responses from ASEAN countries.

However, in recent years, some countries outside the region have come to the South China Sea to flex their muscles, in the name of "freedom of navigation".

Chinese State Councilor and Defense Minister Wei Fenghe thus reiterated in June that China's construction of its South China Sea islands and reefs is its legitimate right and is purely defensive.

"The large-scale force projection and offensive operations in the region are the most serious destabilizing and uncertain factors in the South China Sea," he said.

"Where there are threats, there are defenses. In the face of heavily armed warships and military aircraft, how can we stay impervious and not build some defense facilities?"

Recently, Beijing hit back at a U.S. statement that it is concerned about reports of China's interference with oil and gas activities in the South China Sea, urging the U.S. side to stop stirring up trouble with regard to the issue of the South China Sea and to respect the regional countries' efforts to resolve disputes through dialogue.

"The remarks made by Mr. Pompeo and Mr. Bolton are completely void of the facts and are defamatory to the aspirations and efforts of China and ASEAN countries to maintain peace and stability in the South China Sea and properly manage disputes. Countries and people in this region will not be fooled," he added.