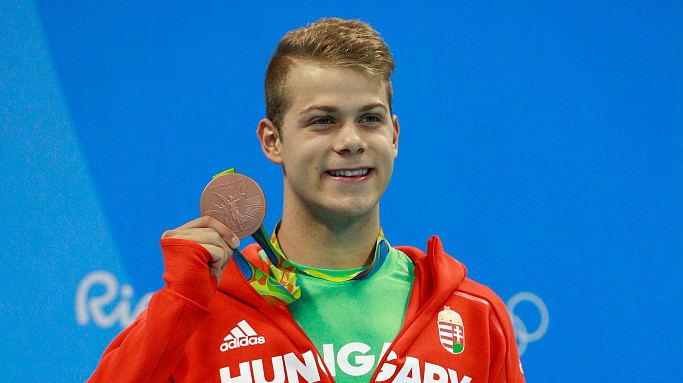 Hungarian swimmer Tamas Kenderesi who attended the ongoing World Aquatics Championships in Gwangju was arrested on Sunday by Gwangju Seobu Police Station on charges of sexual harassment, said the police to AFP.

Authorities say that Kenderesi was allegedly sexually harassing an 18-year-old woman in a bar in Gwangju at about 3:00 a.m. The woman called the police, who arrested the athlete at the scene.

The 22-year-old was accompanied by his lawyer from his native country and has denied all allegations. The police said they were trying to put a travel ban on Kenderesi, who won the bronze medal in men's 200-meter butterfly at the 2016 Summer Olympics in Rio de Janeiro.

The World Championships entered the last day on Sunday. Currently, the U.S. leads with a total of 34 medals – 14 golds, 10 silvers and 10 bronzes – while China leads the gold medal table with 16. The host South Korea have one bronze medal.

Both the Hungarian swimming team and FINA confirmed that Kenderesi has been released from custody and returned to athletes' village. For the next 10 days, he will not be allowed to leave South Korea.

"The Hungarian swimming federation condemns any act that violates human dignity, and requires that members of the national swim team behave in a manner that is respectful of national colors and sports traditions," said Hungary's swimming federation said in a statement.