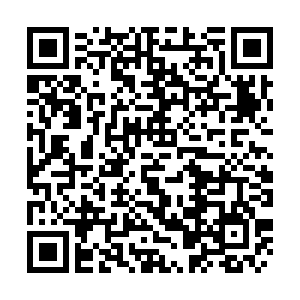 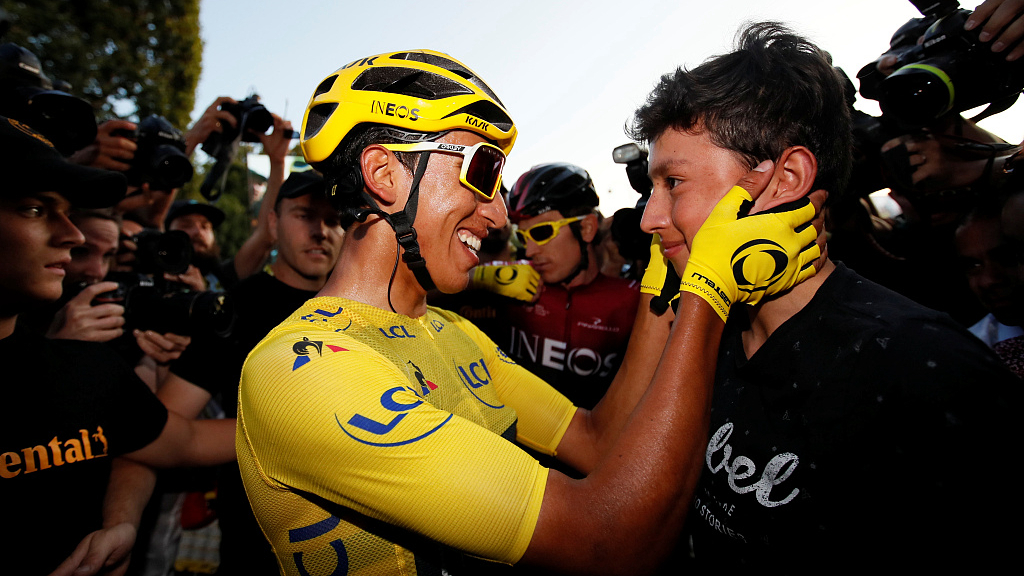 Egan Bernal clinched victory in the Tour de France on Sunday, parading into Paris safely in the overall leader's yellow jersey, becoming the first Colombian winner of cycling's greatest prize and its youngest in more than a century.

With the sun setting behind the Arc de Triomphe, the 22-year-old Ineos rider completed the 21-stage, 3,409km (2,118 miles) marathon around France 1min 10sec ahead of 2018 champion and teammate Geraint Thomas.

Colombian spectators thronged the Champs Elysees to witness the traditional eight-lap finale, where Australia's Caleb Ewan, also 22, won his third stage of the 2019 edition on the culminating mass bunch sprint.

The champion was welcomed by his younger brother Ronald, his parents and girlfriend, Xiomy Guerrero before embracing his teammates.

"I simply can't believe I have won it," said the tearful Bernal before stepping onto the winners podium alongside Thomas and third-placed Dutch Jumbo team rider Steven Kruijswijk. 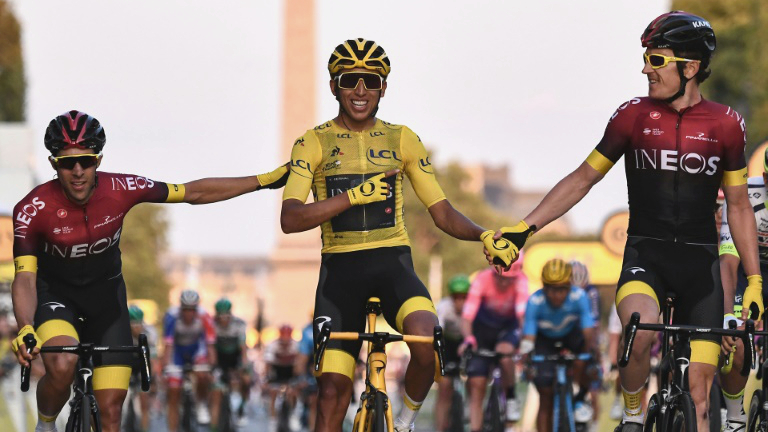 Bernal placed his hand on his heart and sang along with the national anthem before addressing the massed crowds in four languages.

"I should say thanks to all my team thank you 'G' (Thomas) for the opportunity," said the youngster in recognition of Thomas' acceptance that Bernal was the better option for Ineos in the Alps.

"Today I am the most happy guy in the world. I just won the Tour de France," he said.

The stage itself was won in a hotly contested mass bunch sprint by Australian speed king Caleb Ewan, his third win on his debut Tour.

"This was the best one by far," said the Australian.

The highest Tour in history, as it was billed, suited Bernal, who grew up at 2600m altitude and who thrived on a course featuring seven mountain stages and five summit finishes, scampering away from his closest rivals.

He had to weather a searing four-day heatwave that saw runner up Thomas wobble in Pau and was warned by a speeding motorbike when racing downhill at 100kph when a freak hail storm caused a mudslide ahead.

That was Friday when he clinched the overall lead from French hero, the daring Julian Alaphilippe who had set the thrilling tone of this Tour with a dashing 14 day tenure in yellow.

"It was an honor, it was my duty, it was unforgettable," Alaphilippe said on Sunday after missing out on becoming France's first winner of the Tour since Bernard Hinault in 1985. 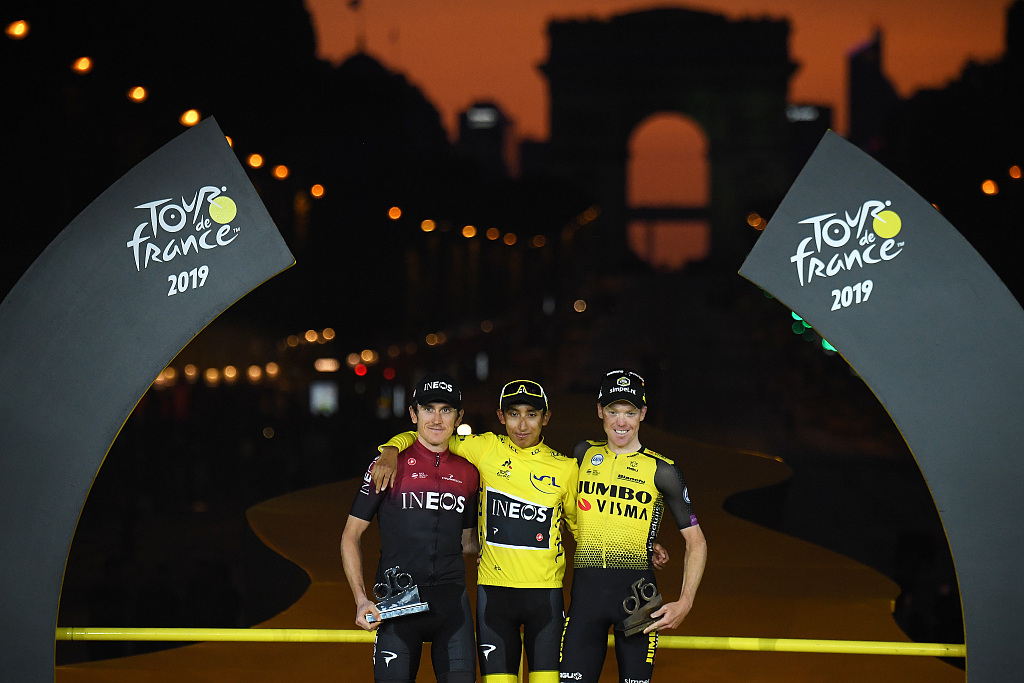 Alaphilppe won two stages, the first a rampage through the Champagne region that set the tone for the Tour, and the second a stunning time-trial win at Pau.

He was awarded the combativity award on Sunday for the most attacking rider and came fifth in the overall standings and when stepping off the podium went over to his wheelchair-bound father and cried in his arms.

He finally lost his lead after two of three Alpine stages where the final real action played out, before Bernal defended it Saturday on a long 33km climb to the Val Thorens ski-resort, itself shortened because of storms and mudslides.

France also won the King of the Mountains jersey with Romain Bardet, who appeared early in the Tour to have flopped, but rallied to win the polka dot jersey.

On the traditional non-contested procession to Paris, the Ineos team were all wearing a yellow trim to their claret and black outfits.

Charismatic Slovak sprinter Peter Sagan won a record seventh green points jersey without adding to his 12 stage wins, but brought more drama relentlessly and missed out on the yellow jersey on stage one by a photo-finish.