Behind the film 'Voices from the Frontline: China's War on Poverty'
Robert Lawrence Kuhn 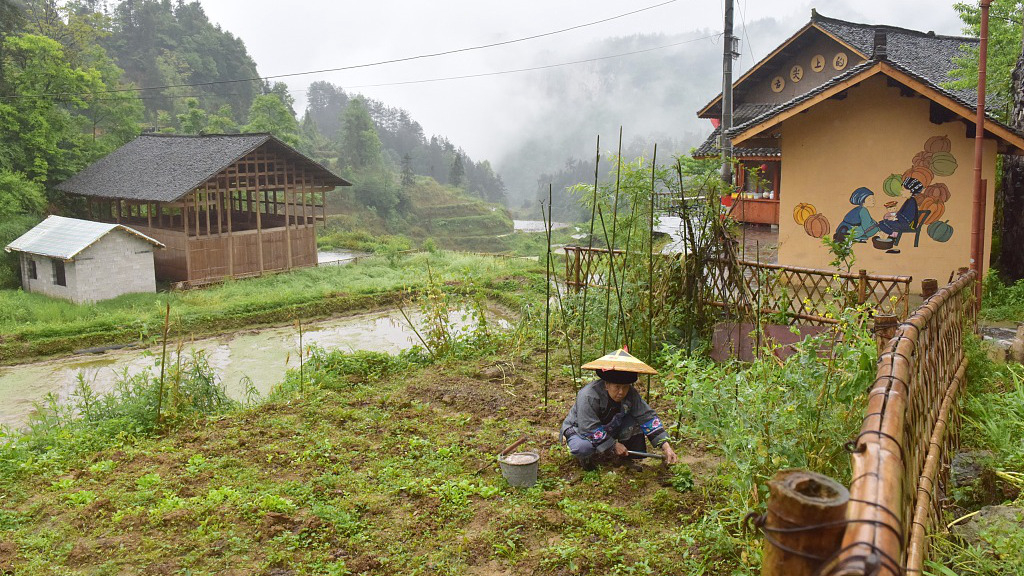 On July 31, 7:00 pm PST, PBS SoCal, the PBS flagship station serving 19 million people across Southern California, will premiere "Voices from the Frontline: China's War on Poverty" – our inside story of China's race to eradicate all absolute poverty by 2020.

Thereafter, PBS SoCal will present the documentary to the PBS system of 350 stations. I've been following China's changes and challenges for 30 years.

Recently, I've been tracking President Xi Jinping's relentless pursuit of poverty alleviation. It's his signature program. He's staking his political capital on its success. Today, in the Western world, especially in the U.S., there is concern about China's actions and suspicion of China's motives.

Poverty alleviation is a potential disruptor of such stereotypes. Working with CGTN, our international film crew had unprecedented access to travel across China, embedded in their poverty alleviation programs. We met poor villagers, local officials, special monitors – those being lifted out of poverty,those assigned to do the lifting, and those recruited to do the checking.

The documentary provides a textured and intimate portrayal of China's historic anti-poverty campaign by following six cases that highlight China's poverty alleviation strategy. It wasn't easy: the poorest areas, for weeks at a time; summer, winter, the heat, the cold.

As much as I thought I knew China, I was startled to discover that every poor family in China has its own file, each with its targeted plan to lift each above the line of absolute poverty – that's millions of poor families with customized plans, each monitored regularly and reported centrally.

Equally startling, local officials are dispatched to impoverished villages to manage poverty alleviation, often for two years. I witnessed a "democratic evaluation" in a remote village, where villagers voted into poverty status one young man whose father had cancer, and cheered when another man was raised out of poverty. I watched local officials being held accountable, their careers at stake.

I experienced firsthand the impact of President Xi's remarkable statement: "I have spent more energy on poverty alleviation than on anything else." Xi's commitment and determination frames the film. He makes it clear that China cannot achieve its goal of becoming a "moderately prosperous society" by 2020 – which is China's first national goal – if there were still to be people living below the line of absolute poverty.

Moreover, Party officials at the front line in fighting poverty cannot leave their current post and cannot be promoted unless and until they fulfill their specific, numeric poverty alleviation goals. Our cross-cultural collaboration between Americans and Chinese led to deep insights about how China's extraordinary poverty alleviation program actually works.