Trash Redefined: Why do we have four garbage categories?
By Yang Chengxi 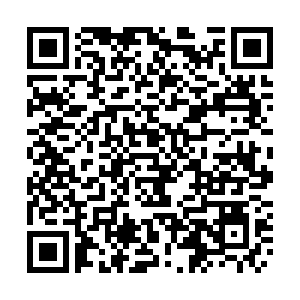 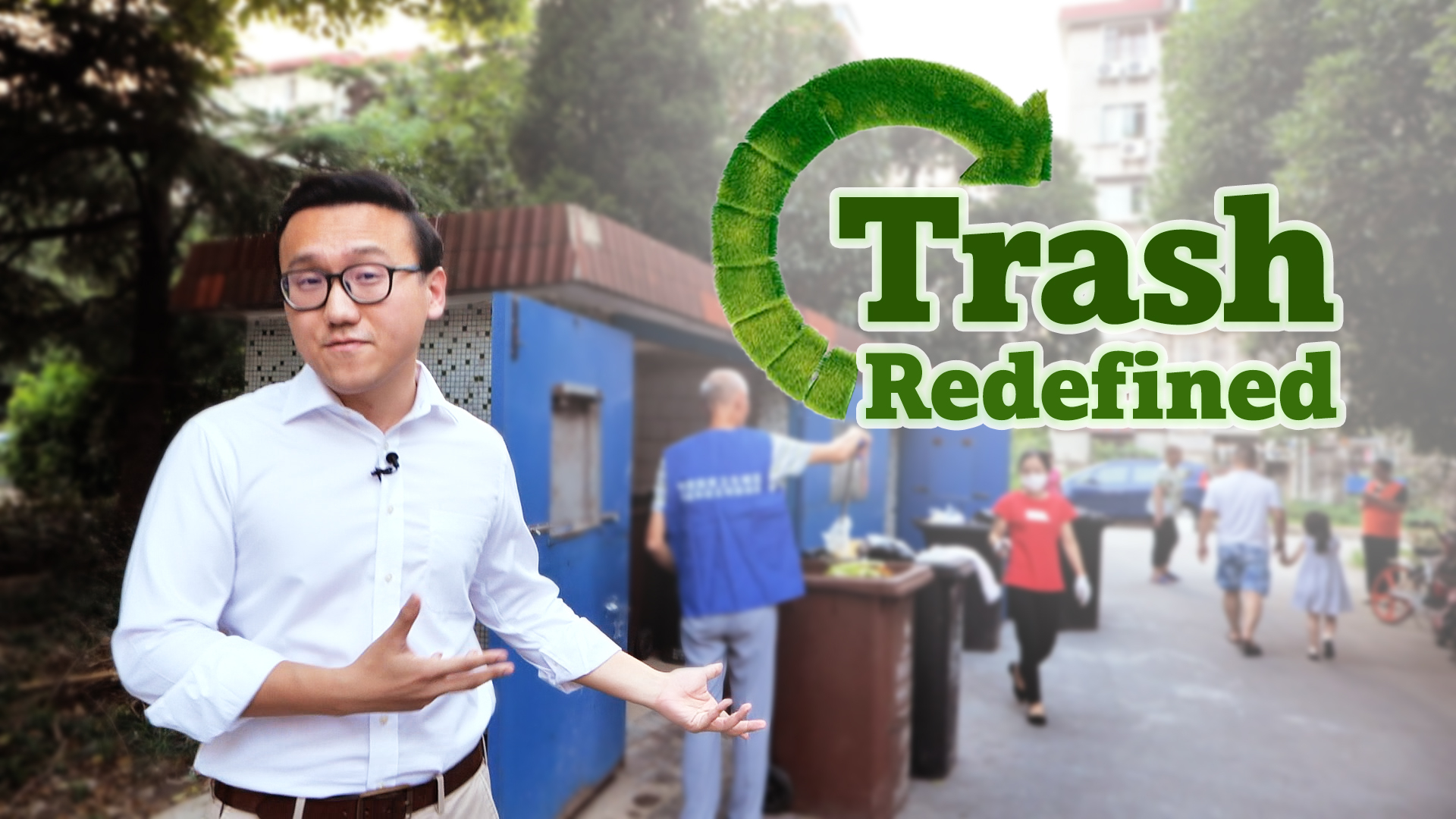 The city of Shanghai has become the center of a major policy change that affects the lives of almost every resident in the city. In July, the local government enforced a new garbage sorting rule. Residents are now required to sort trash into four categories. One month in, CGTN looks at how the system works and how people are adapting. 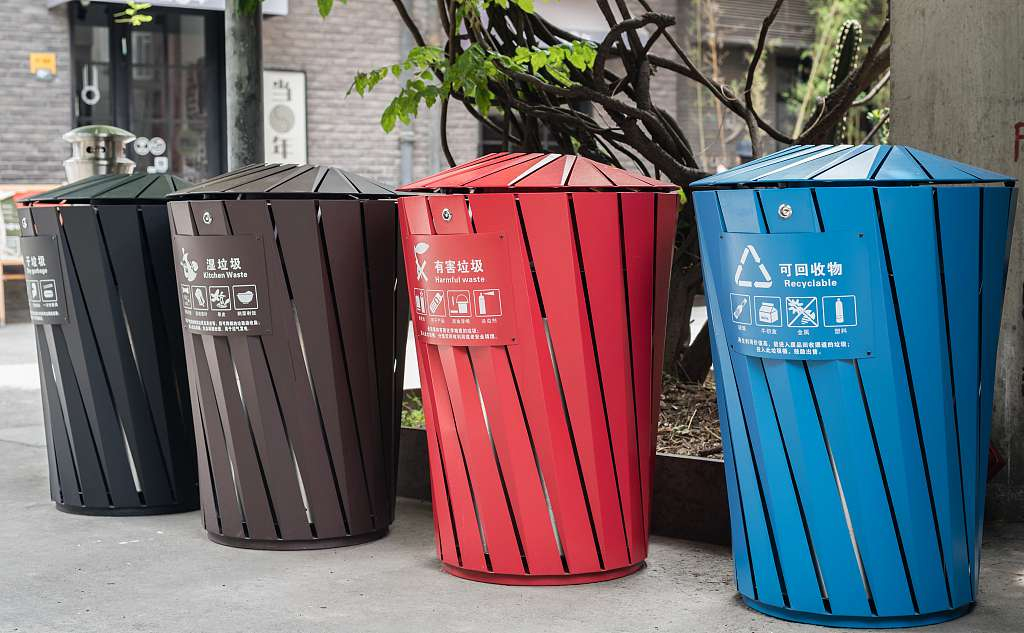 The four bins and Shanghai's new garbage-sorting rule have become the latest internet meme and a lively conversation piece for many Chinese people. /VCG Photo

The four bins and Shanghai's new garbage-sorting rule have become the latest internet meme and a lively conversation piece for many Chinese people. /VCG Photo

August is all about summer vacation, but the learning doesn't stop for kids. Educational materials had been handed out across the city's kindergartens, elementary and middle schools before the vacation started. By now almost everyone in Shanghai knows what the four bins are for: recyclables, hazardous waste, household food waste, and residual waste. Many people have also wondered why these four categories are set? What's the scientific factors behind such a classification? 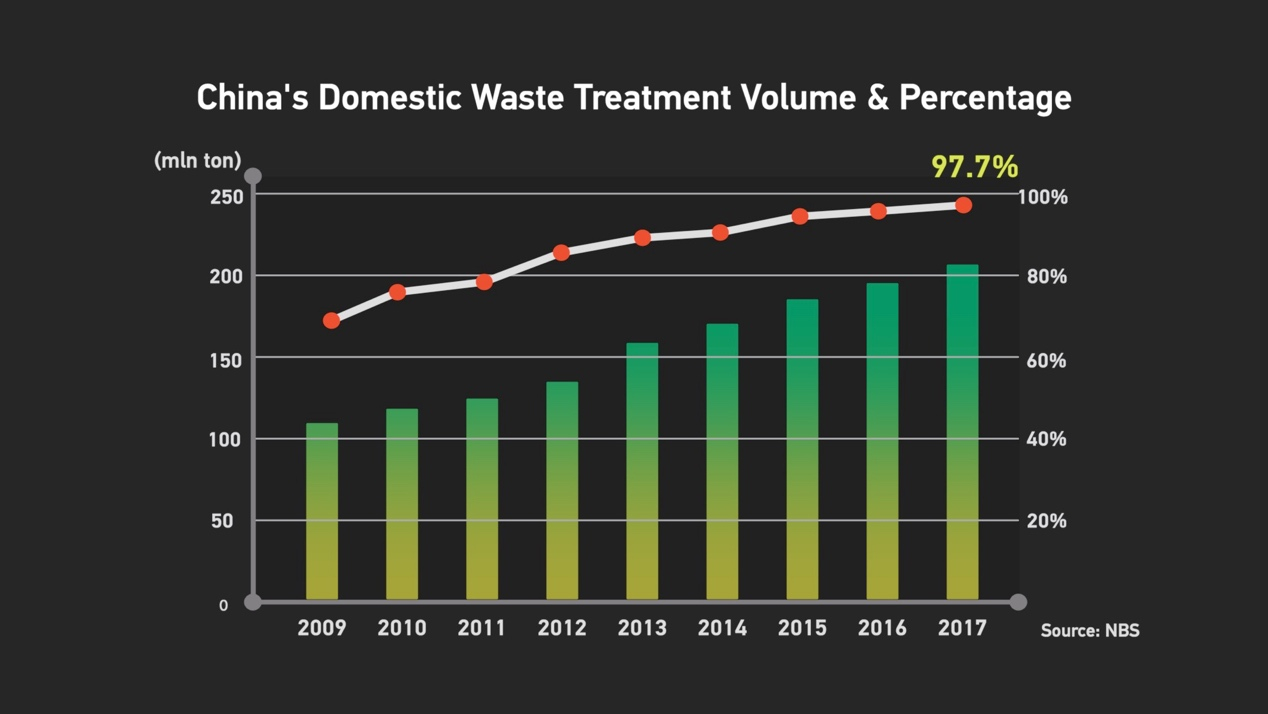 For a better understanding, one needs to go back in time. China started treating domestic waste in the 1990s, and the volume has grown steadily every year. In the past five years, over 90 percent of new trash has been processed; the percentage reached 97.7 percent in 2017.

Because more than half of the urban waste has simply been buried, many of China's existing landfills are nearing their designed full capacity, and the rotting food waste inside releases odors and threatens to contaminate groundwater. Alternatively, burning trash for electricity has gradually become more popular. But problems arise when dry, burnable garbage mixes with wet household food waste. 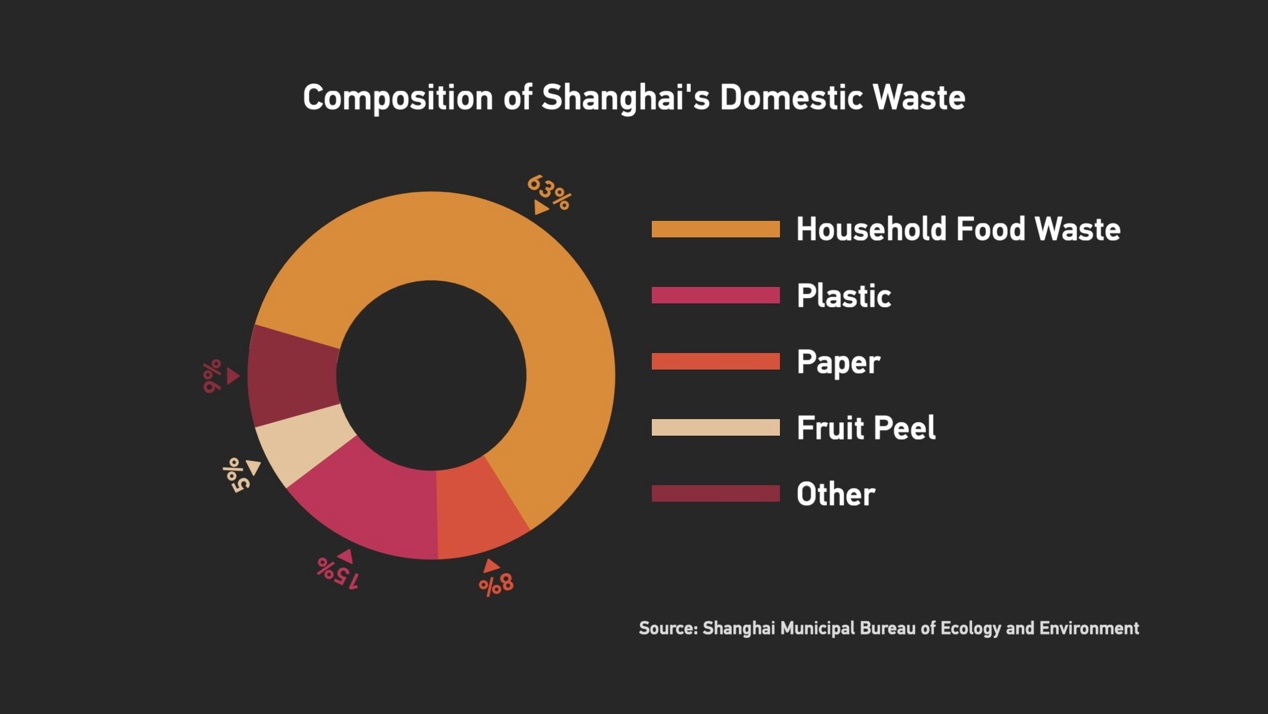 More than 60 percent of Shanghai's domestic waste is household food waste. /Photo via Shanghai Municipal Bureau of Ecology and Environment

More than 60 percent of Shanghai's domestic waste is household food waste. /Photo via Shanghai Municipal Bureau of Ecology and Environment

"Food waste can lower the temperature of the incinerator, making the whole process not work well," said Li Changjun, a researcher at Fudan University.

A lower burning temperature generates less electricity, creates more leftovers and more harmful emissions. That's why it's now up to the government to single out household food waste from incinerators. When it's separated from other waste, factories use bioprocesses to break it down into either compost or electricity-generating methane gas.

There's an extra benefit too. Experts say this process means fewer greenhouse gas emissions since garbage burials account for five percent of all man-made methane releases into the atmosphere.

"By the end of this year, a higher percentage of trash will be burned. By the end of 2020, Shanghai will no longer send unprocessed trash to landfills," said Qi Yumei from the Shanghai Landscaping and City Appearance Administrative Bureau.

That's why everyone, especially younger generations, is advised to embrace the new garbage sorting lifestyle, said professor Zhang Yong, one of the co-authors of Shanghai's educational materials.

"When children have a sense of the importance of garbage sorting, they will easily embrace the practice as part of their lives. Some kids now even get on their parents' cases about correctly sorting garbage, just like their parents tell them to do their homework!" said professor Zhang.

The Chinese government says 46 cities will start similar garbage-sorting practices next year. Experts say raising awareness and informing people are the keys to getting them on board.