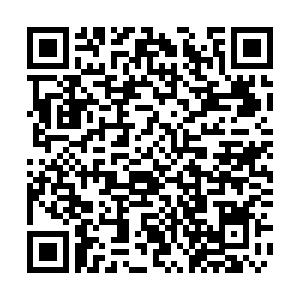 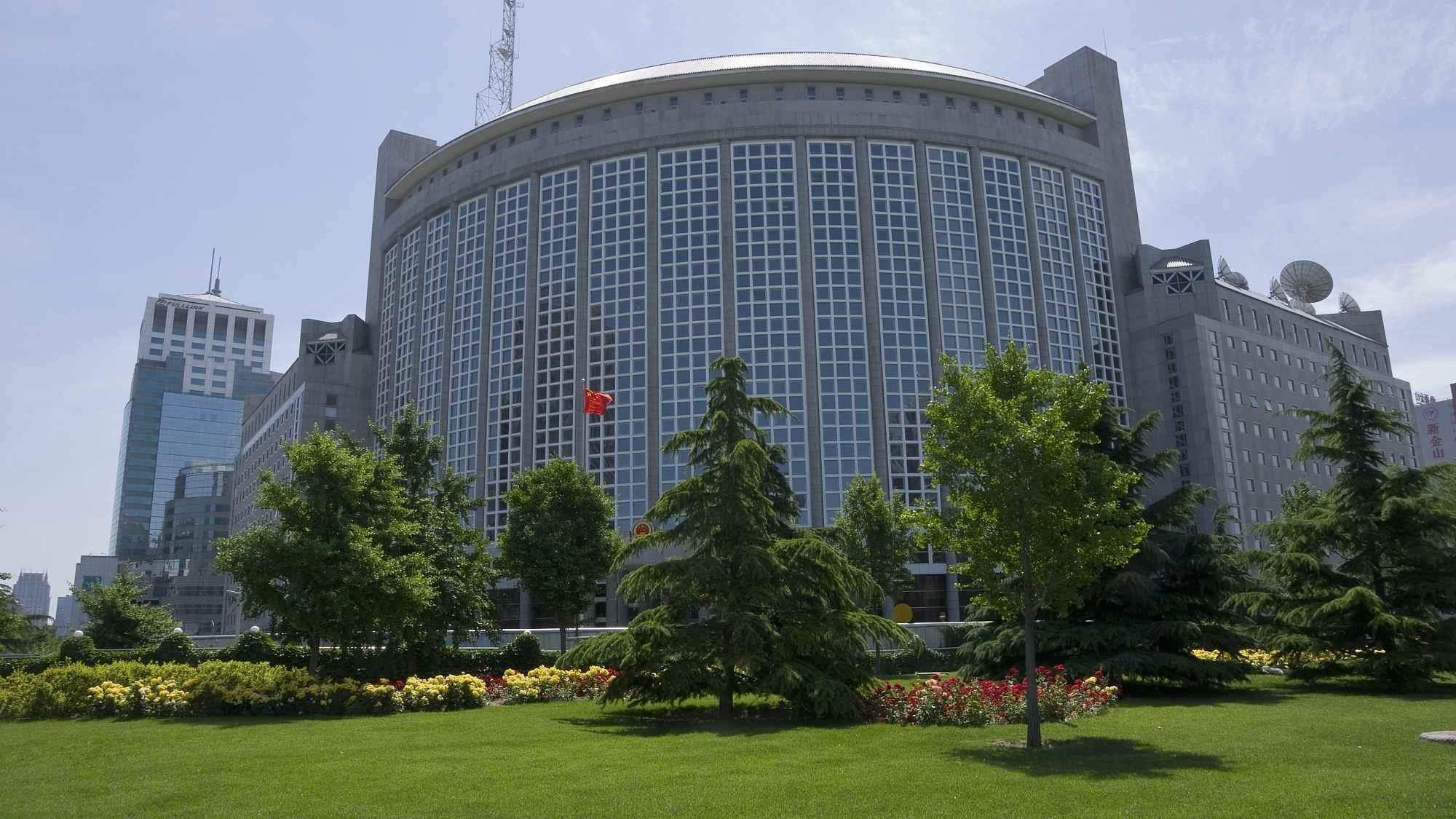 The real purpose of the U.S. withdrawal is to seek unilateral military and strategic advantages, Hua said.

The Intermediate-Range Nuclear Forces Treaty was signed by then U.S. President Ronald Reagan and former Soviet Union leader Mikhail Gorbachev in 1987, to eliminate all of their nuclear and conventional ground-based ballistic and cruise missiles with ranges of 500 to 5,500 kilometers.

Why is the U.S. withdrawing from the INF Treaty? 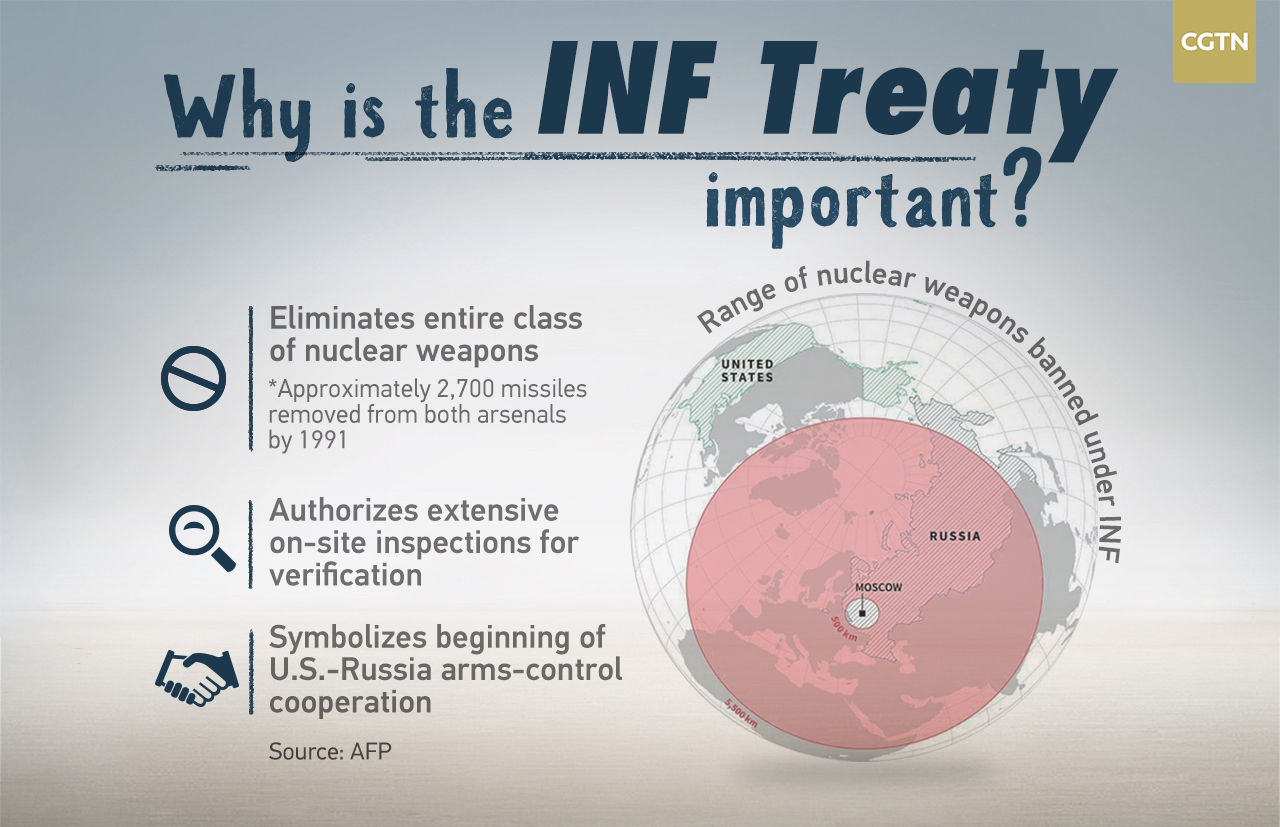 Hua noted that if the U.S. resumes its intermediate nuclear forces' research, development, and deployment after withdrawing from the treaty, it will seriously affect the global strategic balance and stability, increase tension and distrust, impact the existing international nuclear disarmament and multilateral arms control processes, and threaten regional peace and security.

China called on the international community to keep a clear understanding of the serious consequences of the U.S. retreat from the deal; to guard against whatever excuses the U.S. might say to divert one's attention from their actions and shirk itself from the special and paramount responsibility of nuclear disarmament.

At the same time, we urge the U.S. to exercise restraint, not to take actions that harm the security interests of other countries, but to fulfill the responsibility of a major country and work with the international community to effectively safeguard global and regional peace and security, the Chinese spokesperson said.

Russia: INF dies 'at the initiative of the U.S.'

Moscow on Friday announced the formal end of a major Cold War-era nuclear arms deal at the initiative of the U.S. side.

"On Aug 2, 2019, at the initiative of the U.S. side, the treaty between the Soviet Union and the U.S. on the elimination of their medium-range and shorter-range missiles ... was terminated," Russia's foreign ministry said in a statement.

Deputy foreign minister Sergei Ryabkov earlier called on the United States to implement a moratorium on deploying intermediate-range nuclear missiles, now that the deal is dead.

"We have suggested to the US and other NATO members to consider announcing a moratorium on the deployment of intermediate-range missiles," Ryabkov told the TASS news agency.

"This moratorium would be comparable to one already announced by Vladimir Putin, saying that if the United States does not deploy this equipment in certain regions, then Russia will also refrain from doing so," he added. 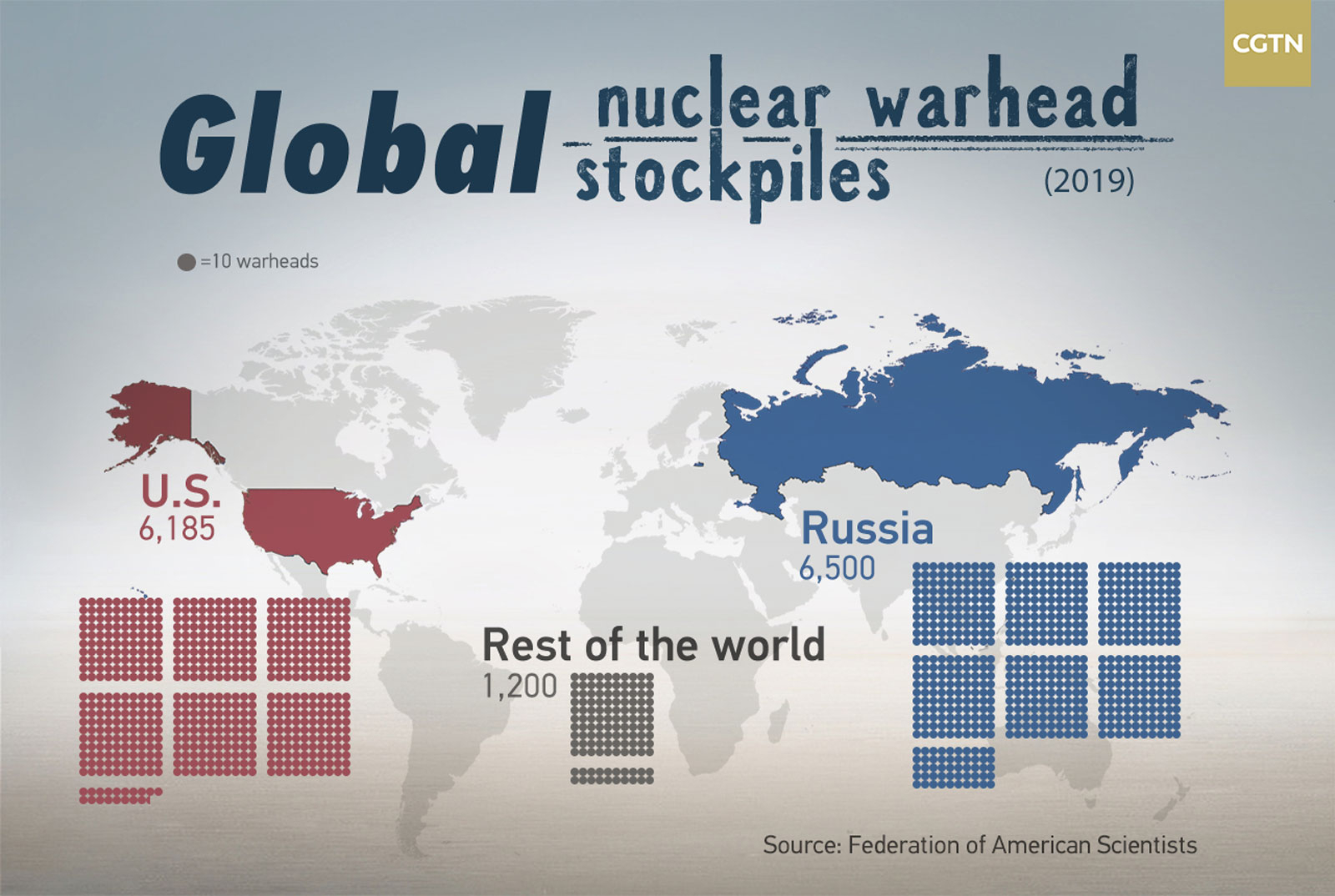 "The U.S. withdrawal... of the treaty takes effect today," Pompeo said on a visit to Bangkok for a regional summit. "Russia is solely responsible for the treaty's demise." 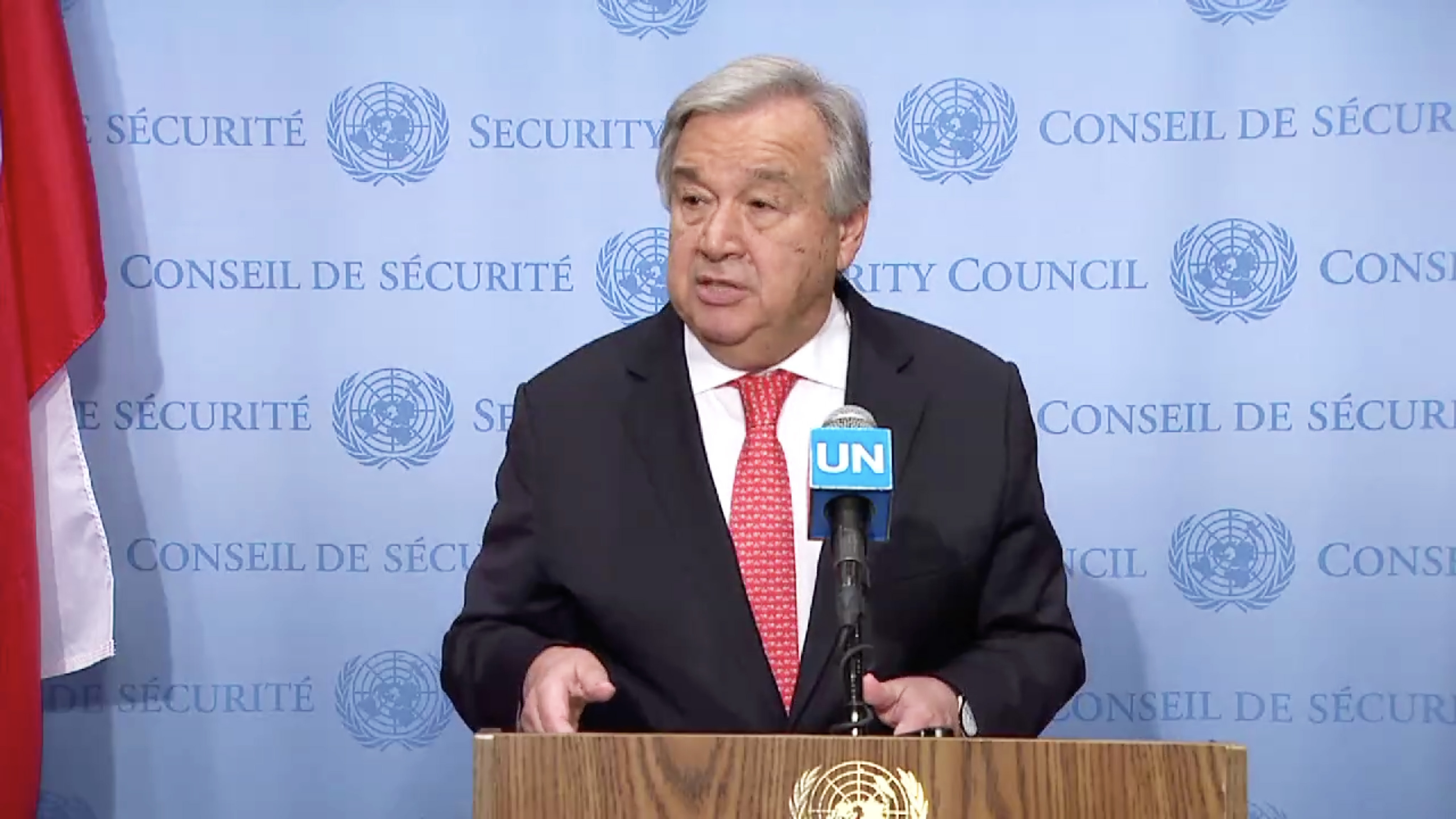 At a press encounter, Guterres lauded the INF Treaty as a landmark agreement that helped stabilize Europe and end the Cold War.

"When it expires tomorrow, the world will lose an invaluable brake on nuclear war. This will likely heighten, not reduce, the threat posed by ballistic missiles," he said.

Regardless of what transpires, he said, the parties should avoid destabilizing developments and urgently seek agreement on a new common path for international arms control.