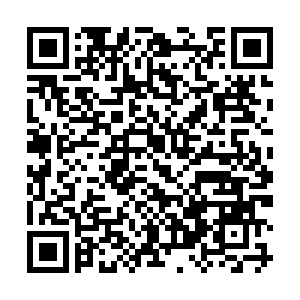 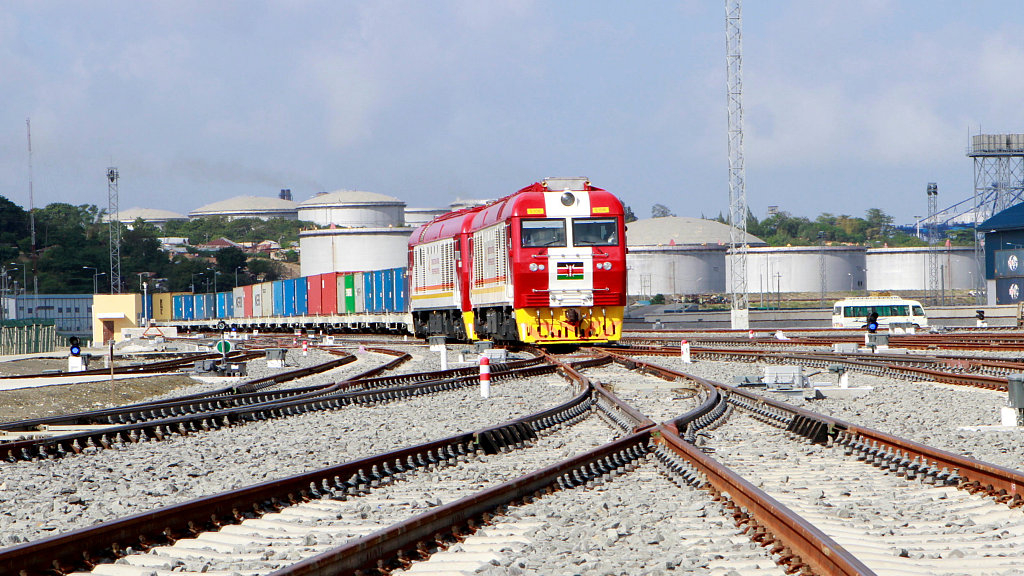 Editor's note: Stephen Ndegwa is a communication specialist, writer and analyst on China-Africa affairs. The article reflects the author's opinions, and not necessarily the views of CGTN.

China's presence in Kenya has become second nature to the latter's citizens. Indeed, although the Asian economic giant established itself as a development partner about two decades ago, the impact across Kenya's social and economic sectors has been far reaching.

The biggest Chinese project yet in Kenya is the Standard Gauge Railway, popularly known as SGR. The SGR was conceived by the country's President Uhuru Kenyatta, and President of the People's Republic of China, Xi Jinping, when they jointly witnessed the signing of the memorandum of understanding on financing the Mombasa-Nairobi SGR Project on August 19, 2013.

Nine months later on May 11, 2014 Premier of People's Republic of China, Li Keqiang, visited Kenya and witnessed the signing of the Financing Agreement of the SGR with the heads of state from East African countries.

Subsequently, construction of Phase One of the project was completed in 36 months, 12 months ahead of the contractual completion date. It runs from the Mombasa port, to Nairobi city, a total distance of 471.65 km. The line traverses seven counties, out of a total of 47 in the country. The stretch has 33 stations, two terminuses and eight intermediate stations.

SGR is also environmentally friendly, particularly ensuring that there is minimal impact on wildlife habitats. The railway consists of 14 wildlife crossings to allow for free migration of the wildlife, and two bridges of at least 6.5 meters high near giraffe habitats.

Also the biggest project since Kenya's independence in 1963, SGR is a flagship development which showcases the fast speed and high quality of the China-Kenya cooperation. According to China's Xinhua News Agency, construction of the Mombasa-Nairobi SGR has driven Kenya's economic growth by 1.5 per cent, and created 46,000 jobs for local residents.

Since its launch in May, 2017 with an average booking rate of 99 per cent, over three million passengers have travelled by the SGR, and almost five million tons of goods have been transported. Xinhua reported in 2017 that the railway line would lower the freight cost by 79 per cent and the cost of doing business by 40 per cent. 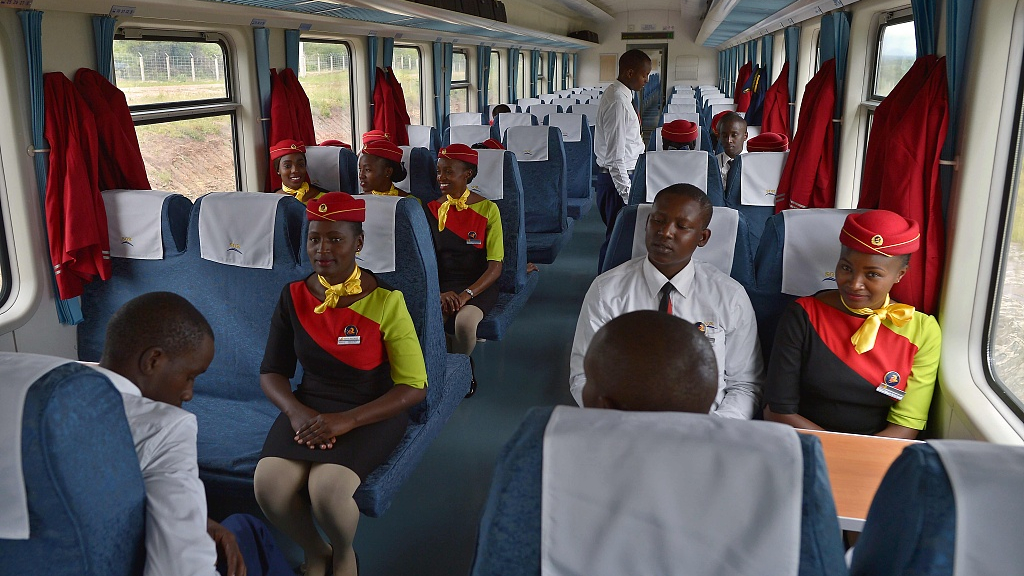 Hospitality crew members waits inside of the new standard-gauge passenger car, prior to a journey to Nairobi, on May 29, 2017 in Mombasa. /VCG Photo

Hospitality crew members waits inside of the new standard-gauge passenger car, prior to a journey to Nairobi, on May 29, 2017 in Mombasa. /VCG Photo

The building of the SGR was, indeed, necessary for several reasons. First, the old railway technology and system had become an outmoded meter gauge railway with low speeds, obsolete facilities, and low payload. This state of affairs was gradually hampering transportation of people and goods between the two most economically significant destinations in the country.

Secondly, the SGR is in line with the East African Railway Masterplan, which aims at rejuvenating existing railways serving Tanzania, Kenya and Uganda, and extending them initially to Rwanda and Burundi, and eventually, to South Sudan, Ethiopia and beyond. SGR is also a Kenya Vision 2030 project, which places efficient transportation as a major enabler of both national and regional development.

SGR has contributed to an increase in annual growth of GDP, both during construction and operation phases; it has enhanced both Kenya's and the EAC region's competitiveness; reduced deterioration of the roads leading to reduced maintenance costs; enhanced freight security and; reduced environmental degradation through reduced carbon emissions.

Indeed, the SGR was envisaged to act as a major ingredient in the cultural, trade and economic integration of countries within East African Community. The SGR has shortened the Nairobi-Mombasa trip from over 10 hours to five hours.

Actually, the SGR has performed beyond the expectations of the feasibility report. The project has performed better than most railway projects of the same class in the world. Initially, met with opposition by a section of politicians and civil society, now there is widespread support for the SGR across the social, political and economic spectrum, as the project's benefits become self-evident.

According to the just released 2018-2019 financial year report, the Kenya Port Authority recorded a 15.4 billion shillings (148 million U.S. dollars) profit after tax, the highest ever in what the financial statement attributes to high volumes of cargo as a result of efficiency at the port.

The SGR is also a Belt and Road project. Much more is expected as Kenyans strive to acquire the necessary management and technical skills to run the railway independently. In the words of former Chinese Ambassador to Kenya, H.E. Ms. Sun Baohong, in an opinion piece published on the Daily Nation newspaper in Kenya on August 2, 2018, “there are no traps and prejudice on this train."