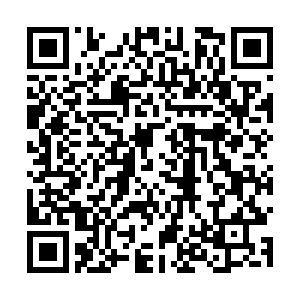 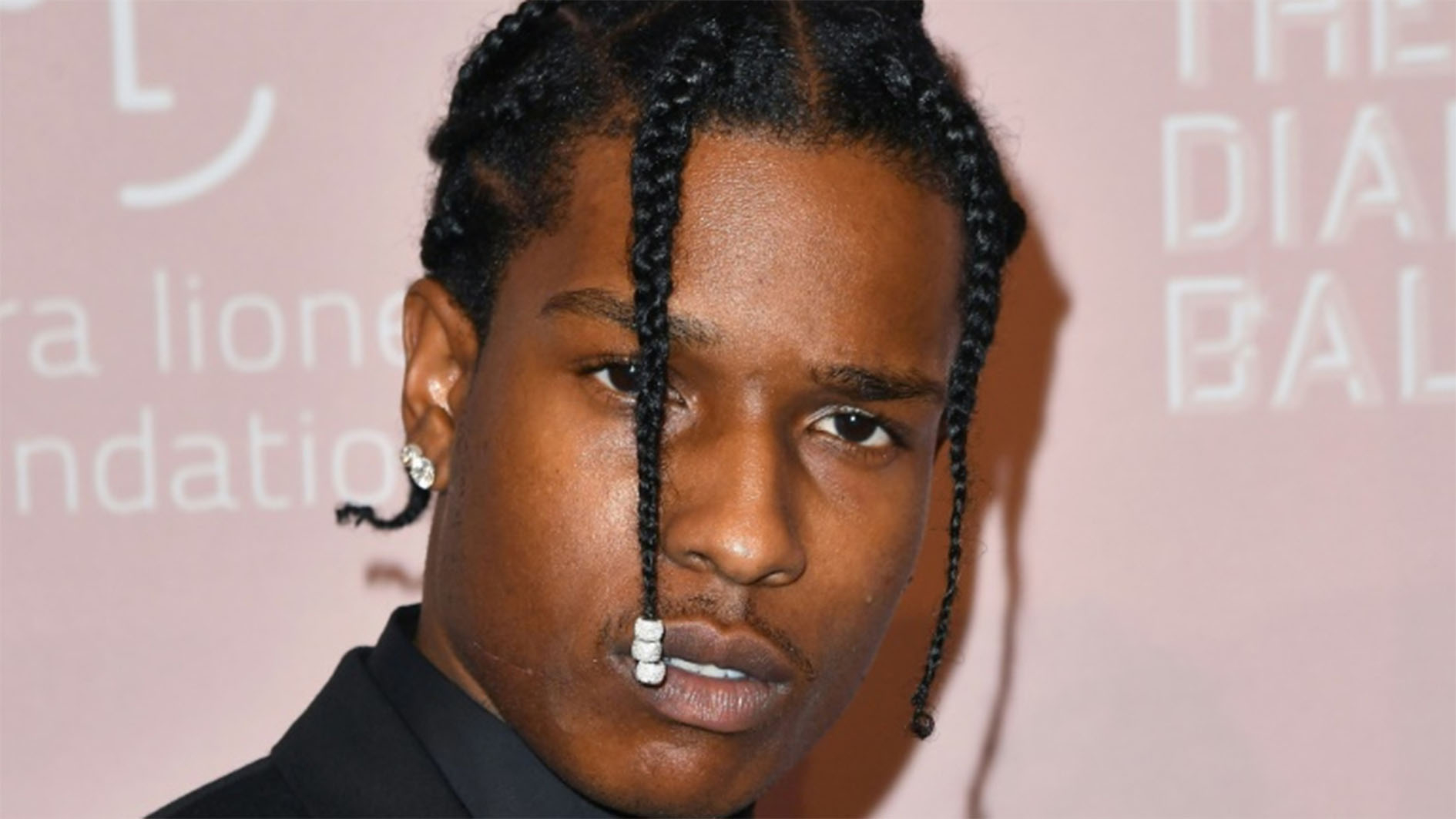 A Swedish court released U.S. rapper A$AP Rocky on Friday pending the result of an assault trial that has caught the attention of U.S. President Donald Trump and led fans to call for a boycott of Swedish brands like Ikea.

The 30-year-old rapper, whose real name is Rakim Mayers, hugged his mother in the courtroom after the Stockholm district court's presiding judge, Per Lennerbrant, announced he would be freed until the verdict was delivered on Aug. 14.

Mayers has been held in Sweden since July 3 when he was arrested following a brawl in Stockholm on June 30, which saw him and his crew embroiled in a fight with a 19-year-old plaintiff.

He and two others had been held in custody ahead of their trial because the court deemed him a "flight risk."

His detention has sparked a campaign for his release by his fans and fellow artists, and has even piqued the interest of Trump, who repeatedly called for the rapper to be freed, drawing complaints of interference from Swedish politicians.

U.S. Special Presidential Envoy for Hostage Affairs Robert C. O'Brien, who was sent to attend the trial, said he spoke with Trump after the news broke that the rapper would be released.

"I just got off the phone with the president of the United States and let him know that the men were coming home and would be back in America soon. So he is quite pleased with that result," O'Brien told reporters.

"The president felt they shouldn't have been detained, they were stalked." 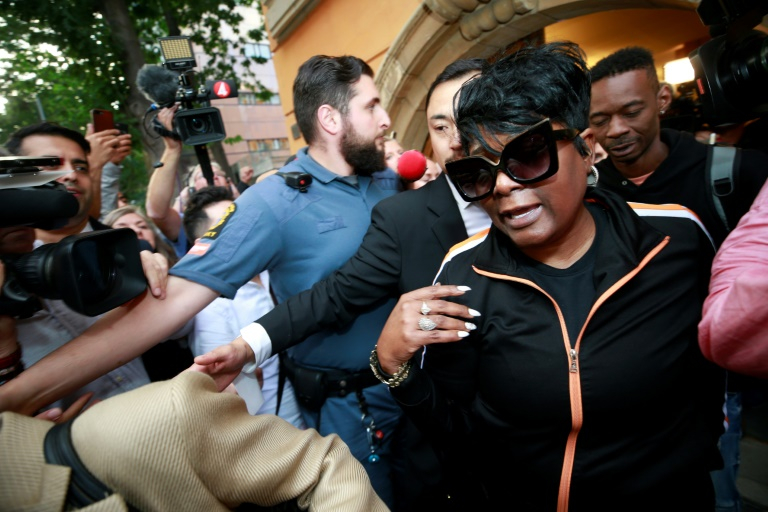 Mayers pleaded not guilty due to self-defense and gave his own account of the brawl in court on Thursday, stressing that he felt "scared" and that he and his entourage had repeatedly told the plaintiff to leave them alone.

Mayers conceded he threw the plaintiff to the ground and "kicked his arm," but denied the prosecution's claim that a bottle was used and insisted he only acted after the accuser and his friend began attacking his bodyguard.

The plaintiff alleged that he was attacked by Mayers and his entourage when he followed them to ask about a pair of headphones broken in an earlier scuffle with the rapper's bodyguard.

Parts of the brawl were captured on video, and in one published by U.S. celebrity news outlet TMZ, the rapper can be seen throwing a young man to the ground and aiming several punches at him while he is down.

The court has also been shown videos posted on the artist's Instagram account, purporting to show the lead-up to the brawl.

In them, Mayers appears to repeatedly ask the man and his friend to stop following him and his entourage. The prosecution argued that the Instagram videos were heavily edited.

On Friday, the third and final day of the trial, witnesses including the rapper's bodyguard took the stand.

Mayers' lawyer Slobodan Jovicic told the court that "there is no basis to believe that the description of the crime applies to my client, (and) that he should be acquitted and set free today."

Stockholm prosecutor Daniel Suneson called a jail sentence of about six months, saying Mayers did not seem "scared" as he had claimed, and there had been no need for self-defense. 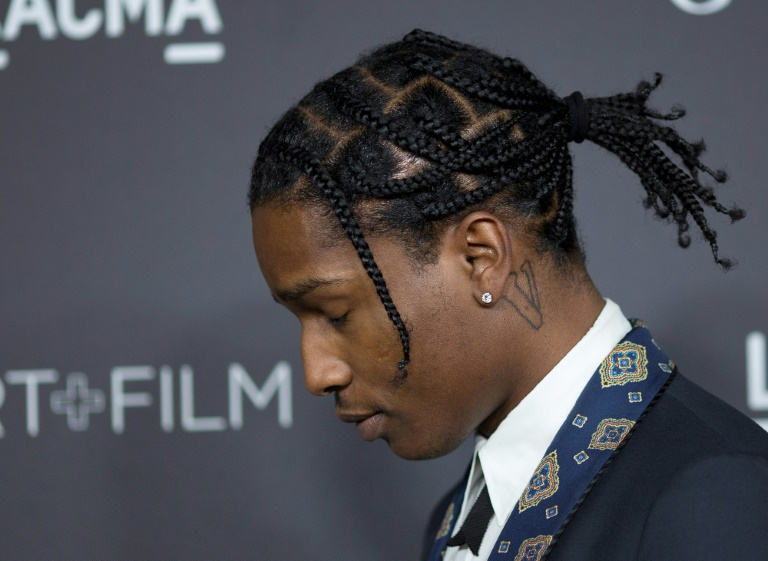 Fans gathered outside the courthouse on Friday shouting "Free Rocky" and "Free Flacko," invoking the rapper's different nicknames while playing his songs over loudspeakers.

Judge Lennerbrant allowed a new piece of evidence submitted by the defense, overriding objections by the prosecution.

It concerned a previous assault conviction against the plaintiff, which the defense said was pertinent to the plaintiff's reliability and previous behavior.

Throughout the day, the court heard the testimony of two young women, the plaintiff's friend – all present at the brawl – as well as a social worker who testified about the plaintiff's psychological state following the incident.

Mayers' bodyguard was also called to the stand and testified that the plaintiff had been "harassing" and "following" the group and "swung" at him prior to the fight.

Fans, fellow artists and U.S. Congress members have been campaigning for the rapper to be released.

An online petition called #JusticeForRocky has garnered more than 640,000 signatures. Social media campaigns have urged fans to boycott Swedish brands such as Ikea.