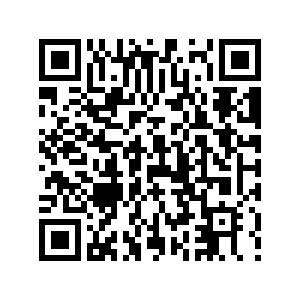 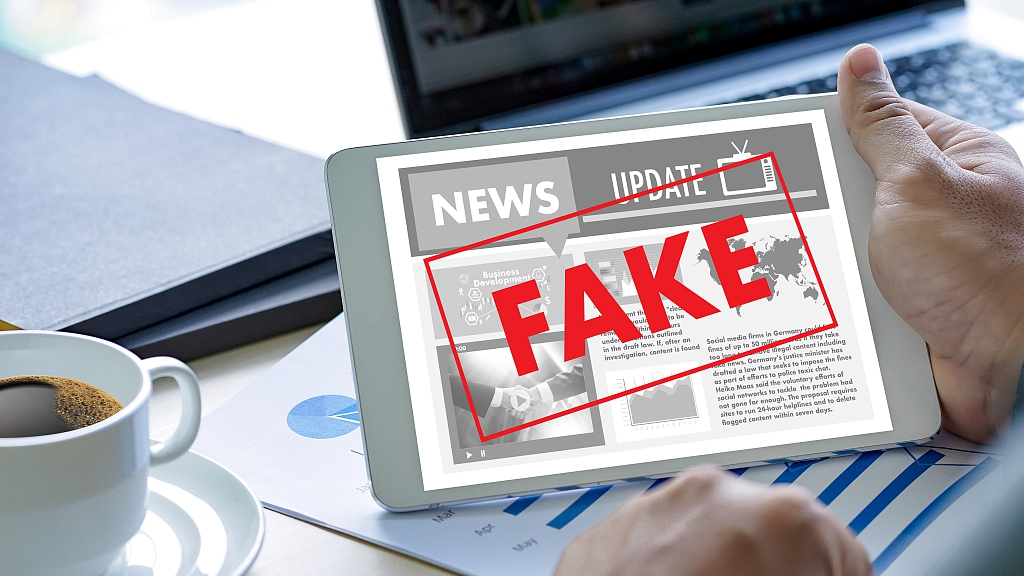 Editor's Note: Tom Fowdy is a British political and international relations analyst and a graduate of Durham and Oxford universities. He writes on topics pertaining to China, the DPRK, Britain, and the United States. The article reflects the author's opinions and not necessarily the views of CGTN.

Hong Kong protests continued on Saturday for the 9th successive week. Demonstrators targeted the area of Mong Kok in the Kowloon district, creating a barricade that blocked a key transport tunnel and brought traffic to a standstill. Some activists proceeded to attack a local police station, grafting the exterior, throwing bricks at the building and setting fire to piles of trash outside.

Once again, Western media outlets responded to the events with a narrative that favored the protesters. The leading headline on the BBC news website read "Hong Kong protests: Police fire tear gas at activists", stating that "Hong Kong police have fired tear gas at protesters who are demonstrating for the ninth weekend in a row."

The choice of headline and emphasis is steered to articulate the assumption that the protesters are merely innocent victims, justified in their activities, who are subject to excessive brutality on behalf of authorities, whom only "act they way they do" because they represent "an authoritarian regime" wanting to suppress rebellion in the territory. Therefore, the demonstrators can do no wrong.

Whilst media bias in favor of the protesters is obviously not new, the strategies of these activists to gain such coverage need to be drawn attention to. Recognizing that the Western media are biased in their favor and in turn are looking to set a narrative of abusive authorities vs. righteous demonstrators, the demonstrators are looking to cause maximum disruption to targeted areas, knowing that the police will have to respond with force to restore public order, which is then used to claim they are being suppressed.

First of all, why are international media outlets so biased in favor of Hong Kong protests? There are many reasons at play, but the situation should be understood primarily through the hegemony of the Western liberal thought that is by nature, self-righteous, certain and evangelistic. The legacies of Christianity and Greek philosophy effectively created a metaphysical notion of "universalism," that is a belief that their religion/ideology must apply to everyone, with every other value system being inferior and a product of human tyranny.

Those who have it hold "the truth" and dwell in a state of self-assumed enlightenment. Those who do not are ignorant, wicked and backwards, a problem to be solved. Therefore, the forebearer of truth is assigned an exclusive right to preach and convert others to its values accordingly, subsequently interpreting world politics in a simple "good vs. evil" binary. 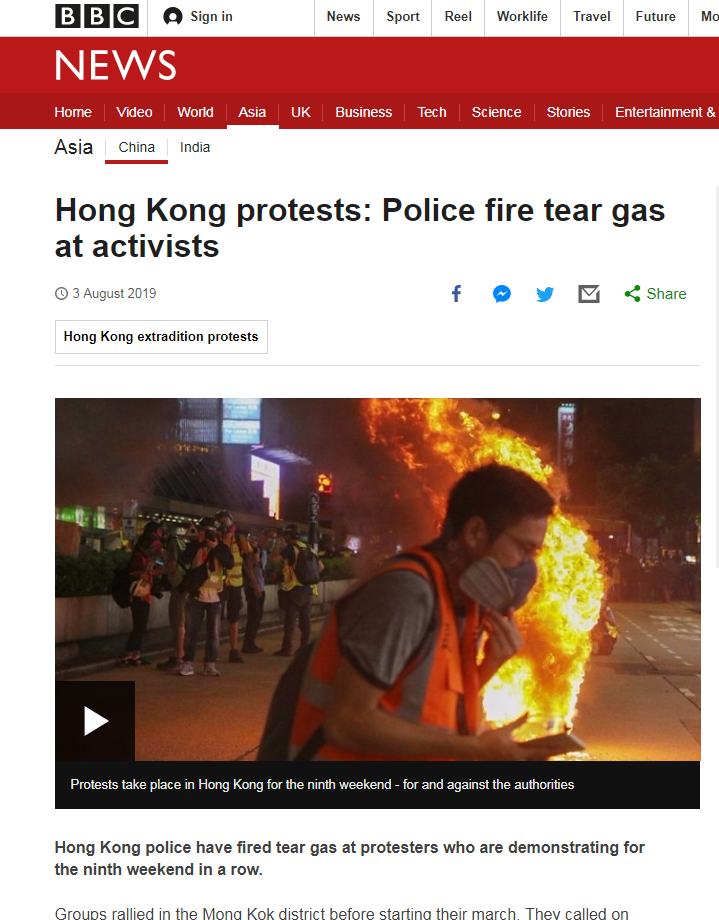 A screenshot of the BBC coverage of the Hong Kong protests.

A screenshot of the BBC coverage of the Hong Kong protests.

For the Hong Kong crisis, this mindset has clear implications. Because anything in favor of liberalism has assigned "truth and righteous" to itself, by logic nothing Hong Kong activists do can be possibly wrong, as the ontological distinction between "good and evil" in the protests is to the Western mind a very clear cut. However, this thinking opens up a weakness whereby "deception" in the name of liberalism can occur, which is far convincing than that of something illiberal.

Many Hong Kong activists recognize this. They know that whatever happens, the Western media will create a highly sensationalized narrative in their favor. Therefore, their strategy of late has been not so much to protest directly against Hong Kong authorities, but to weaponize the Western media in gaining international support for their position. How do they do this? By playing victim.

Every protest has begun with clear-cut attempts to disable and disrupt public infrastructure in busy areas. Last night, activists shut down a road tunnel and brought traffic to a standstill. Previously, they blocked access to the city's MTR (mass transit railway), cut off entire streets with man-made barriers, occupied and blockaded buildings (such as the LegCo complex) and so on. They take these locations and sit in them.

Now if you're the police, you have no choice but to break up these "occupations" for the sake of public order and functionality. But this is the next part of the strategy. The demonstrators resist, resulting in the use of mild force (which is mirrored by policing in most Western countries). This of course is then relayed by journalists into a narrative of suppression and police brutality which "honorable" protesters are up against. What the activists have actually done to bring about this outcome is played down and ignored.

So where does it go from here? Over the next few weeks, activists will aim to cause as much disruption and social disorder as possible in the territory, with the overarching goal of aiming to force the authorities into relying on increasingly harsh responses; aiming to increase media support for their position, consolidate the "brutality" and "victim" narratives and in turn, draw in the interference of Western governments. On these grounds, they would very much love the HKSAR authorities to deploy the Chinese People's Liberation Army.