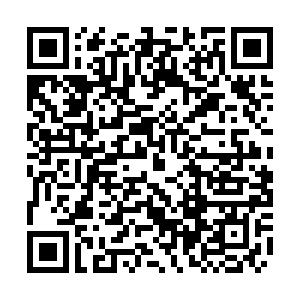 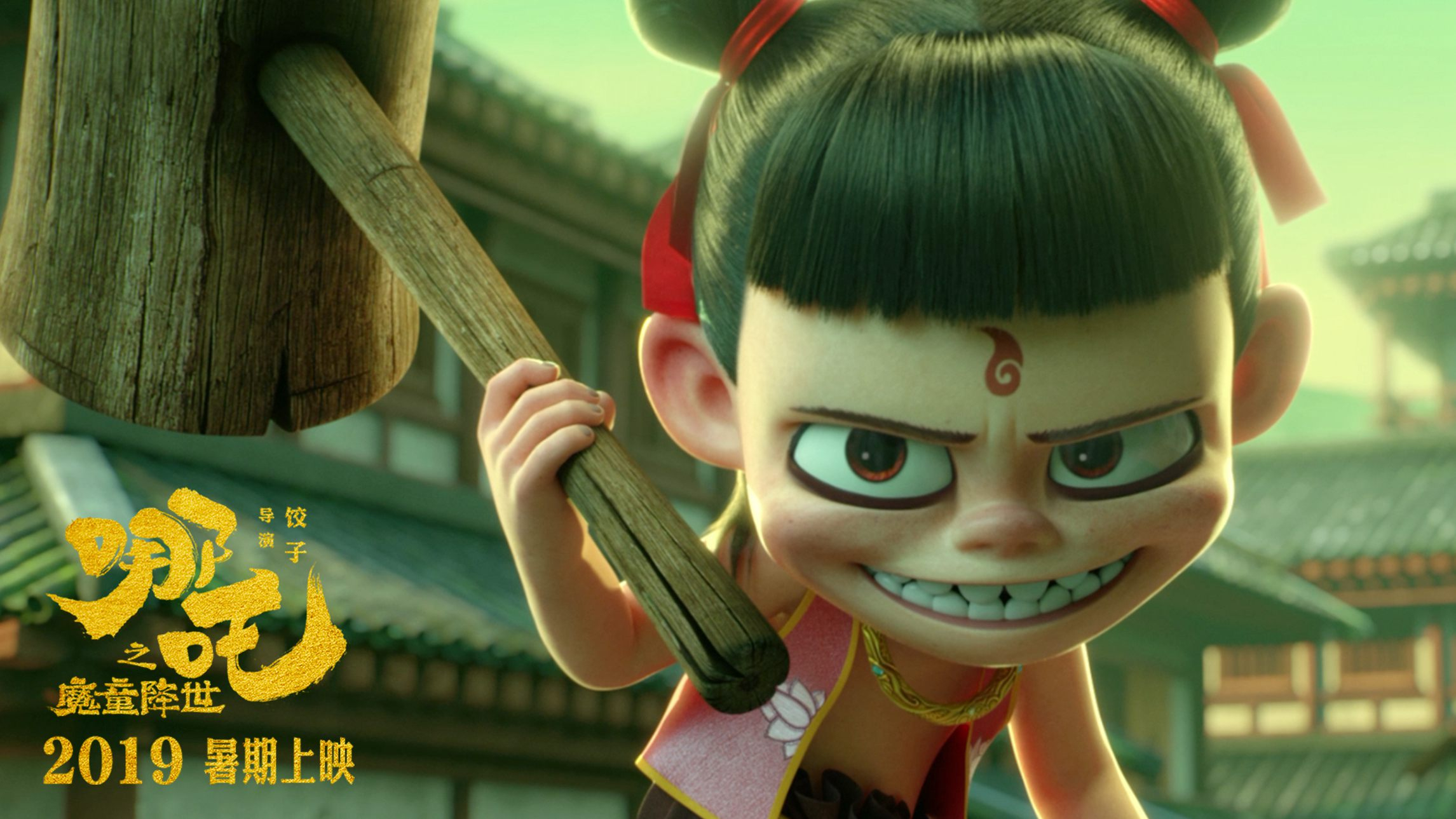 No doubt, China's domestic animation film "Ne Zha" is to be inscribed in the history of the country's film industry.

On Friday, only one week after debuting, the film's box office surpassed Disney's "Zootopia" to become the biggest ever animation film of the market. The latter stayed dominantly in the chart for more than three years, since 2016.

As of Sunday, "Ne Zha" has already grossed over 2.1 billion yuan (300 million U.S. dollars). Along with the soaring number in box office earnings is people's anticipation of the Chinese animation film industry.

Now, the success of "Ne Zha" is a settled fact and many have already switched back to discuss the repeated proposition of the "the rise of the domestic animation industry."

A savior, in multiple meanings 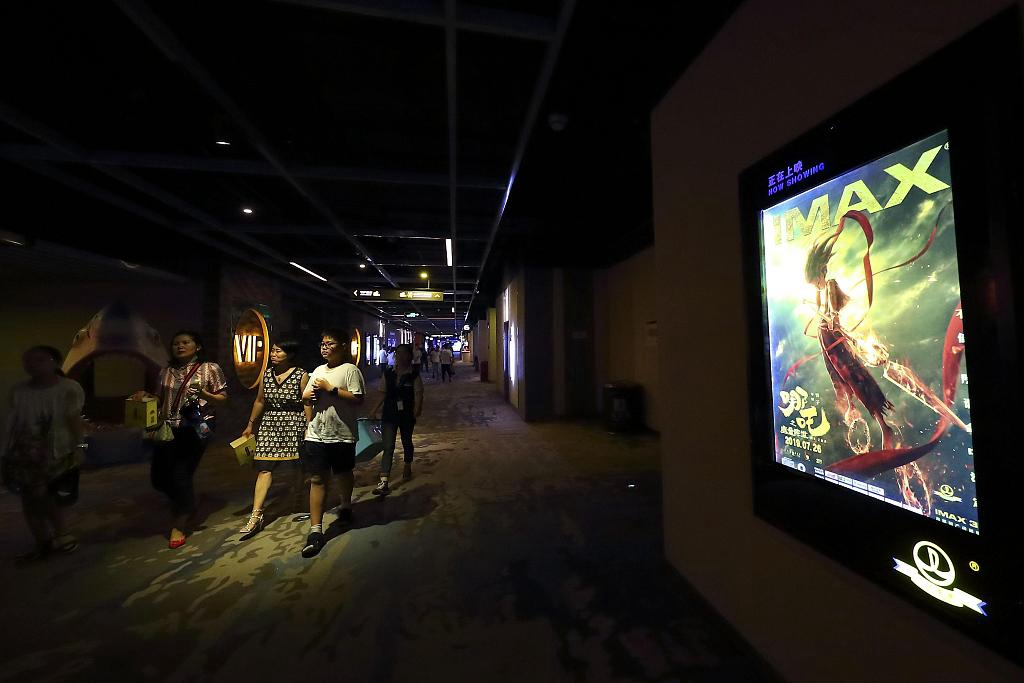 Movie-goers walk out of a cinema with a poster of "Ne Zha" hanging on the wall. /VCG Photo

Movie-goers walk out of a cinema with a poster of "Ne Zha" hanging on the wall. /VCG Photo

"Ne Zha" has been given the role of a savior in multiple meanings.

Originated in Buddhism, "Ne Zha" was later adapted into Chinese mythology and Taoism as a whole new character. He is depicted in Chinese literary context as the third son of Li Jing, the Pagoda-Bearing Heavenly King Li, as well as a lotus-incarnated child deity known as the "Third Prince of Lotus."

He is probably one of the most rebellious gods in the traditional Chinese mythology, and has been repeatedly recreated in novels, myths, cartoons, television series, and films. Even though, the new image of Ne Zha in the namesake animation film directed by Yang Yu, more widely known as Jiaozi, has surprised many audiences from his appearance to the plotline and theme of the story.

Despite the "ugly appearance" which makes him different from people's previous knowledge of the deity, the most noticeable renovation is that instead of being the chosen one, "Ne Zha" is a self-made god this time. He has to struggle with people's bias of him, as well as his own self-recognition to redefine himself. 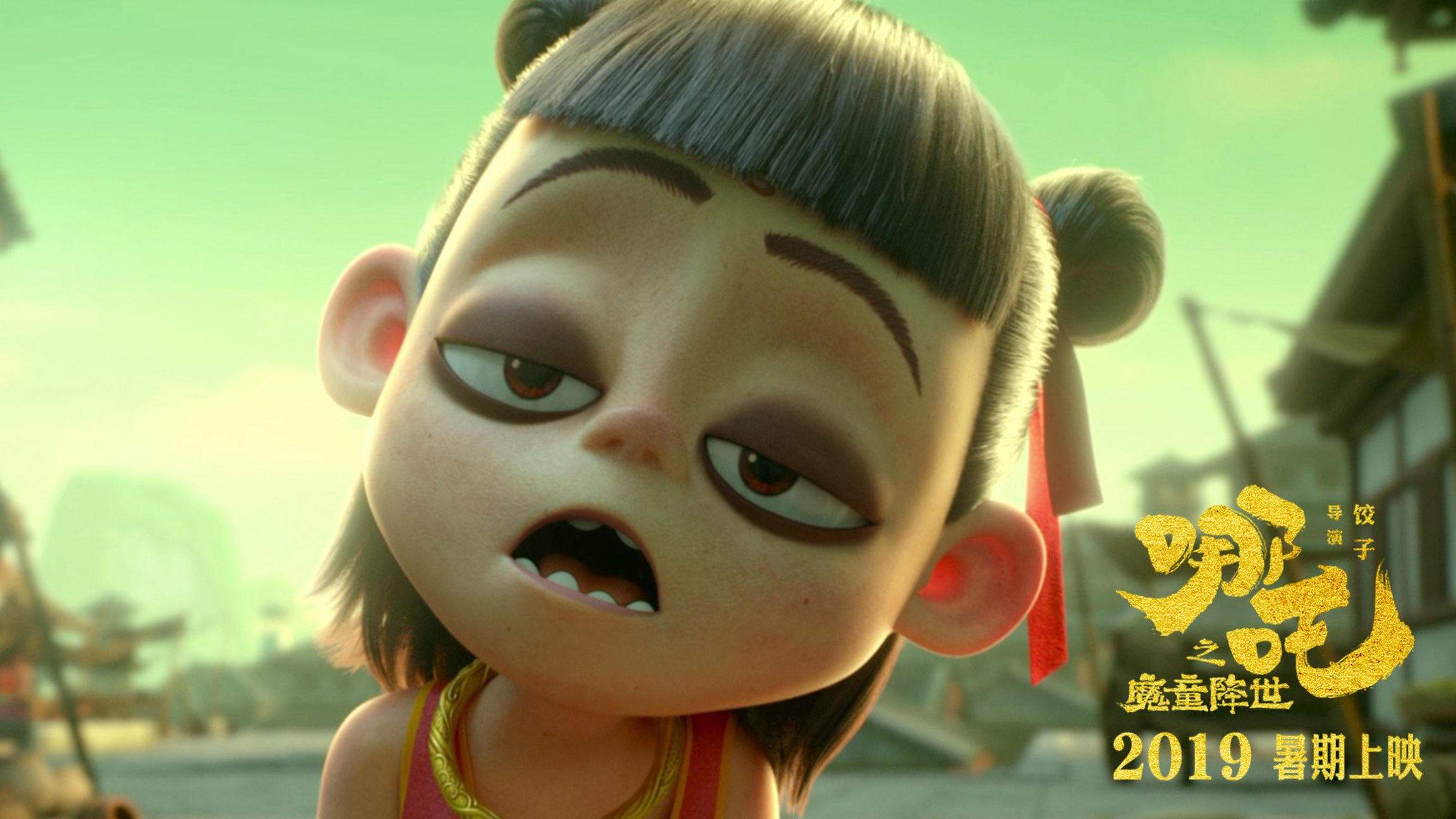 "I'm a born devil, so what! If destiny is unfair, I'm going to fight against it until the end of my life!" said the three-year-old child, after growing up surrounded by everyone’s prejudice against him and afraid of him. And when he chooses to become the savior, he has reversed the track of his destiny, as well as people's attitude.

It is not quite a surprise that Yang Yu, while outlining a story for his first feature film, would choose "Ne Zha". As a graduate of medical school, he determined to become a self-trained animator and director, and it took him nearly four years to complete his first short animation film "See Through". It took him even longer time to complete "Ne Zha".

After the film's success, a group of numbers has been repeatedly mentioned in reports: five years of hard work, 66 editions of scripts, more than 100 designs of "Ne Zha's image, 1,318 visual effect shots, 20 special effects companies and around 1,600 staff members.

Yang has bet the future of his studio to make this movie.

"I've been challenging my limits all the time, until we ran out of money," Yang said during an interview with Beijing News. "I think it is a miracle we have finished it. I cannot remember which part is the most difficult because the whole process is like a journey in hell." 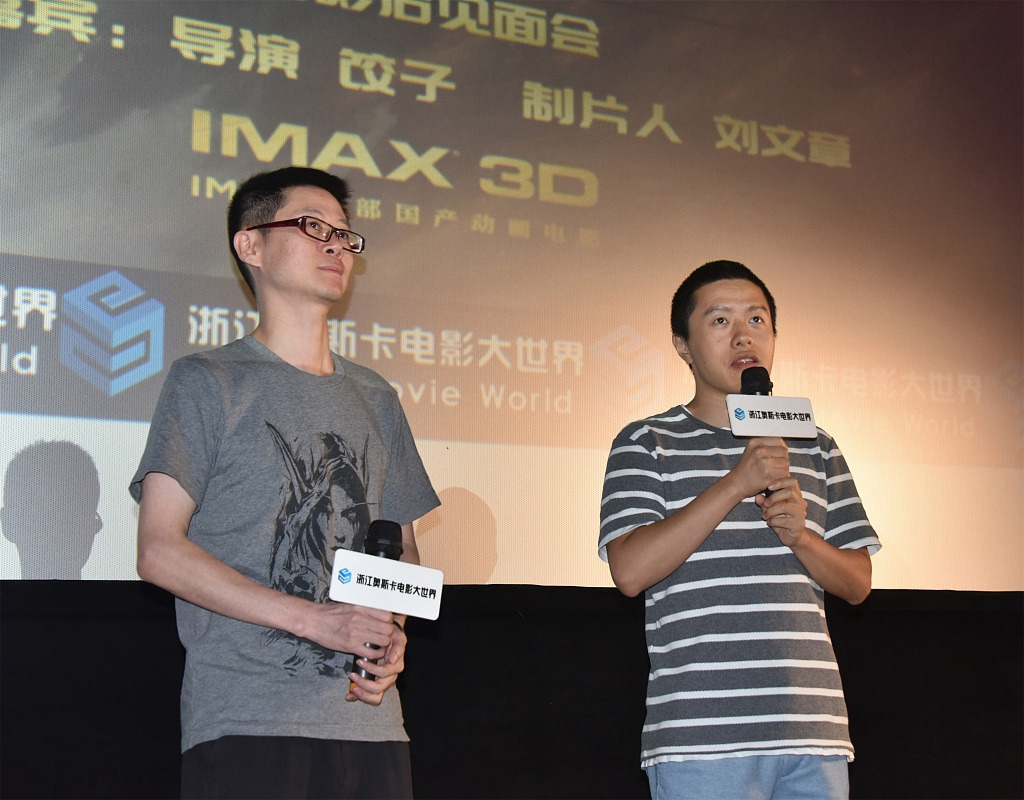 Fortunately, "Ne Zha" did not disappoint him. After breaking a number of records, the box office of the film is expected to exceed three billion yuan (430 million U.S. dollars). It is now on the third place of China’s 2019 box office ranking, following behind "The Wandering Earth" and "Avengers: Endgame".

And there is always a bit of luck to be counted. Before the debut of "Ne Zha", the domestic film market was in need of a blockbuster to save the summer vacation from the sluggish environment, after a number of films dropped out of the summer vacation race. "Ne Zha" filled in the blank.

Even though its lacking competitive rivals, Ne Zha is also considered by many as the right market savior at the right time.

A step forward to the 'rise of domestic animation'

A combination of posters for "Ne Zha". /Courtesy of Coloroom Pictures

A combination of posters for "Ne Zha". /Courtesy of Coloroom Pictures

The soaring box office again ignited people's passion and expectations for domestic animation films, four years after the "Monkey King: Hero is Back", a film that has given hope to the industry that had been lagging behind for decades.

However, this time, everybody seems to be more discreet while talking about it.

Starting in 2015, "the rise of domestic animation films" has occasionally been mentioned whenever an animation film wins critical acclaim, such as "Big Fish & Begonia", "Dahufa" and "White Snake". But insiders say that the domestic industry is still lingering on the starting point.

Back in 2015, Coloroom Pictures, an animation film studio under Beijing Enlight Media, announced a 22-film plan to expand the animation film market. Four years have passed and aside from "Ne Zha" only a few made some splash. 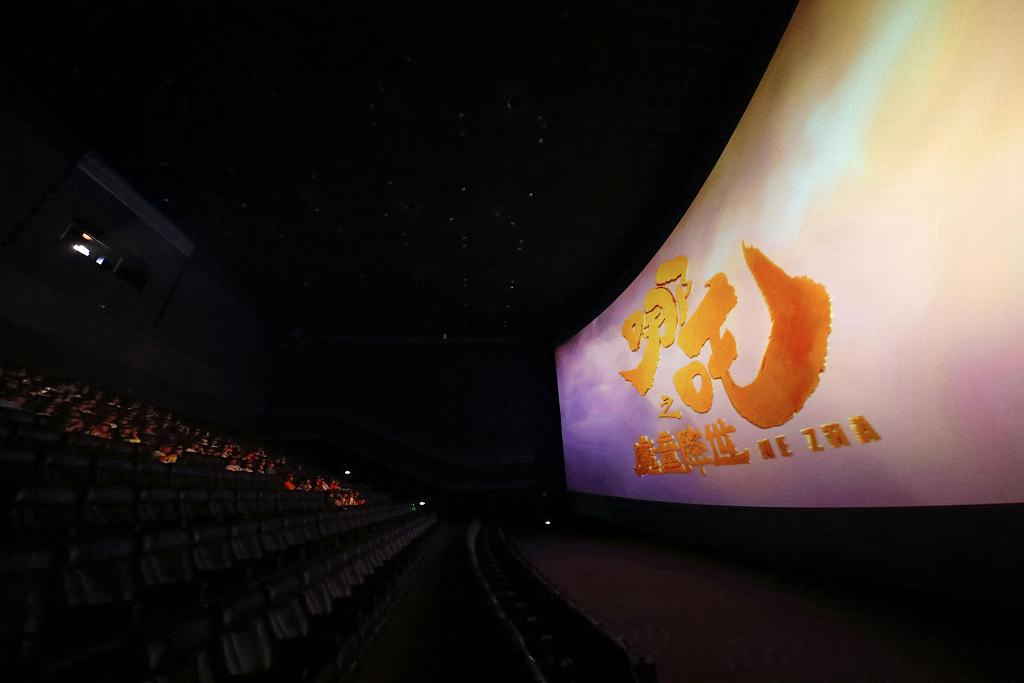 Film "Ne Zha" is screened in a cinema. /VCG Photo

Film "Ne Zha" is screened in a cinema. /VCG Photo

Critics pointed out that the domestic animation film market is still occupied by a large amount of low-quality and small-budget films for the underage and only a few animation films are targeting adults. Meanwhile, original stories are still wanted. Most of the current productions are still adaptations of the existing stories from the traditional culture.

The under-developed productive chain and the industrialization of the animation film have also refrained the growth of the domestic animations, as many directors have complained. Yang Yu, while producing "Ne Zha", had to do a lot of detailed work by himself.

Yi Qiao, CEO of Coloroom Pictures, once mentioned that there isn't a complete industrial chain in China and most of the animation companies have no capacity to work independently for a film. 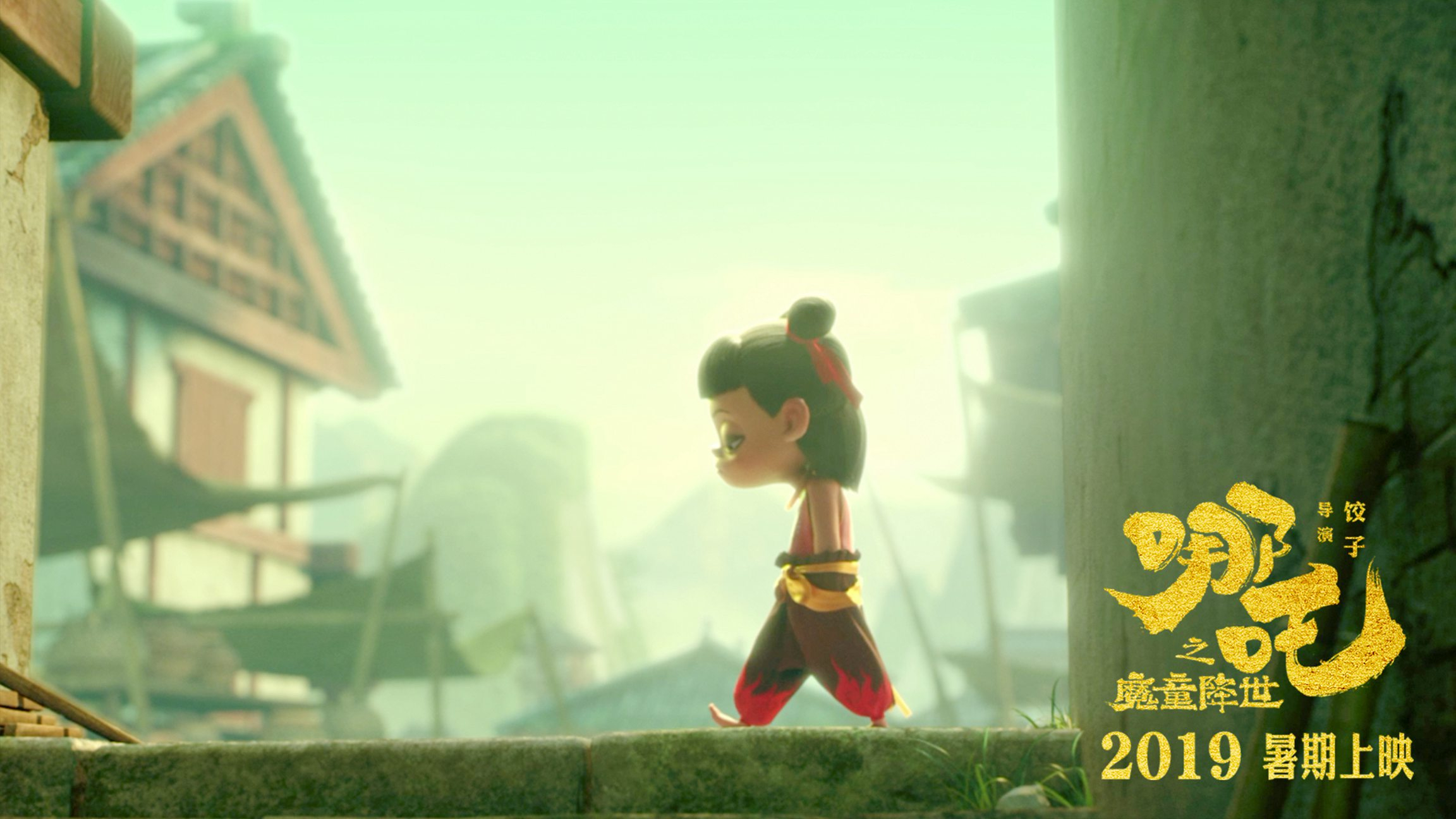 Behind all of this is the lack of talent in the industry. According to a 2018 report from "Chinabaogao", the scale of the domestic films is expected to reach 210 billion yuan (30.26 billion U.S. dollars) by 2020. However, at least one million professional talents are lacking in the industry.

"Because it will become a part of their daily life like there is nothing to make a fuss about," he added.

In some extent, his words echoed the remarks of Wang Changtian, president of Beijing Enlight Media, three years ago: "We need five to 10 'Monkey King: Hero is Back' or 'Big Fish & Begonia' every year, accounting for 15 percent of the general box office of the year. By then, we could have a so-called industrial chain."

"Ne Zha" is another step towards the rise of China's domestic animation film industry and more like it is required before the time comes.