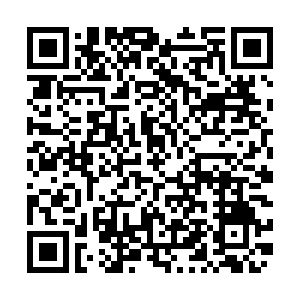 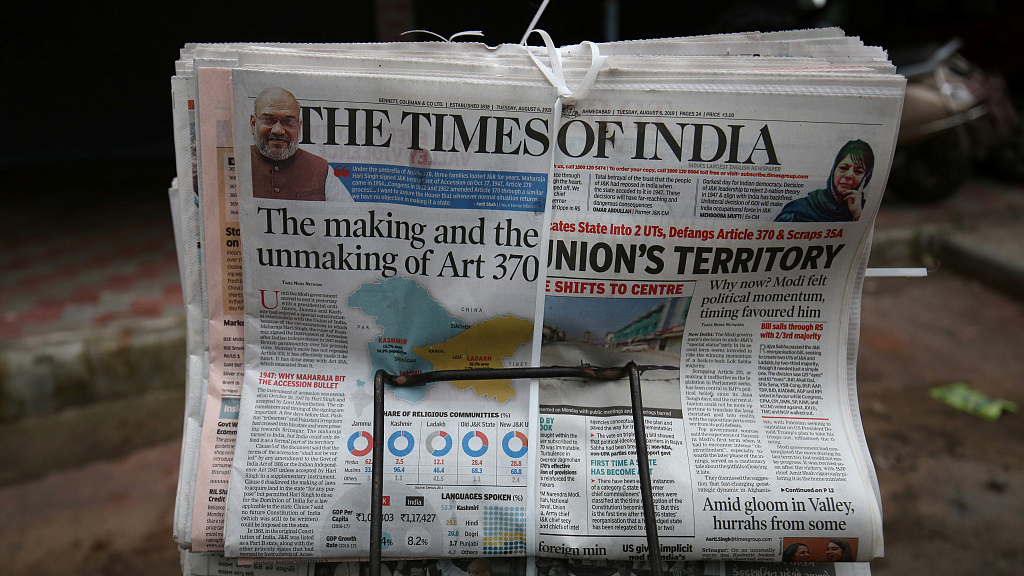 Editor's Note: Ning Shengnan is an assistant research fellow at the Department for Developing Countries Studies at the China Institute of International Studies. The article reflects the author's opinions, and not necessarily the views of CGTN.

Once again, India has surprised the world and this time it's about the status of Kashmir.

On Monday, Indian Union Home Minister Amit Shah announced that the government had scrapped the special autonomous status that the state of Jammu and Kashmir had enjoyed for decades. On the same day, The Jammu and Kashmir Reorganization Bill was passed in Rajya Sabha, the Upper House of Indian Parliament. Given BJP's majority in Lok Sabha, the Lower House of Indian Parliament, the passage of the bill is just a matter of time.

The history of Article 370

In October 1947, the ruler of Jammu and Kashmir, Maharaja Hari Singh, agreed to join India after the country gained independence. Clause 7 of this document declared, "nothing in this Instrument shall be deemed to commit in any way to acceptance of any future constitution of India." This has laid the foundation for the special status of Jammu and Kashmir.

Article 370 of the Constitution of India outlined its special autonomous status. This article granted the state of Jammu and Kashmir of the rights to its own constitution, a separate flag and freedom to make laws.

The Union Government had limited powers on the state, which are restricted to three areas, namely defense, foreign affairs and communications. Derived from Article 370, Article 35(A), added into the Constitution through a President Order in May 1954, gave the state's legislature the power to define who its "permanent residents" were and gave privileges and special rights to these residents.

Why did it happen?

Prime Minister Narendra Modi's party, the BJP, has long held hopes of abolishing Jammu and Kashmir's special status. It is also in the party's 2019 election manifesto.

The BJP argued that scraping the special status of Jammu and Kashmir would greatly promote the integration of this region into the whole country. Also, the abrogation of Article 370 could help attract investment into the valley. Apart from these practical factors, there is an "emotional connection" between BJP and the state, since one of the party's early founders, Syama Prasad Mookerjee, died in a Jammu and Kashmir jail in 1953 to protest against the Nehru government's policy of granting it the special status. Thus, revoking this status and "uniting Jammu and Kashmir fully with the Indian Union" have become a historical mission for the BJP. 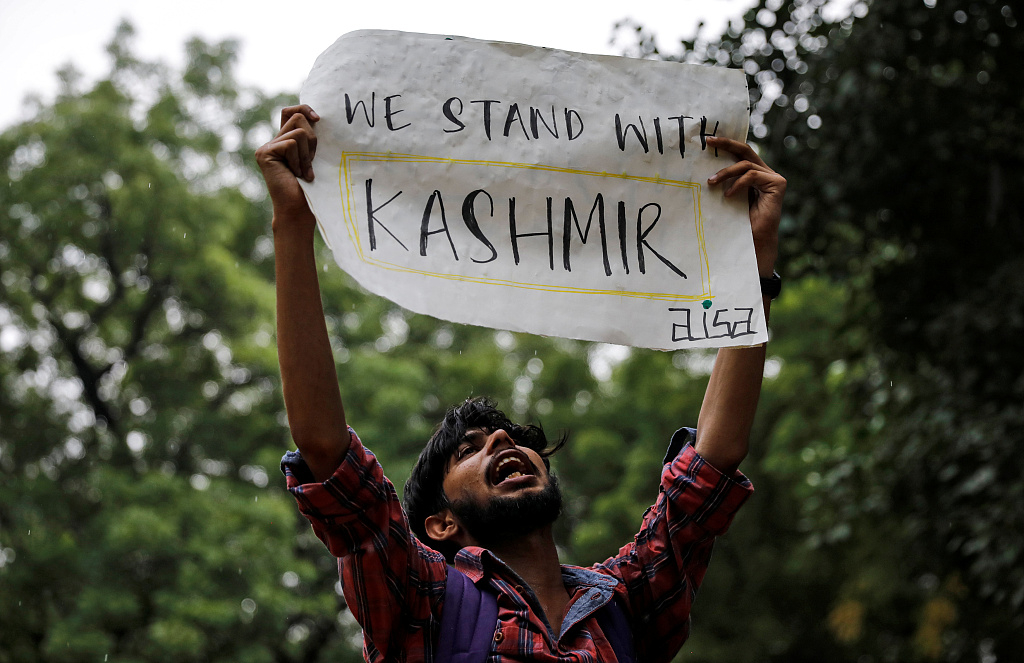 A man holds a sign and shouts slogans during a protest after the government scrapped the special status for Kashmir, in New Delhi, India, August 5, 2019. /VCG Photo

A man holds a sign and shouts slogans during a protest after the government scrapped the special status for Kashmir, in New Delhi, India, August 5, 2019. /VCG Photo

How did it happen?

The central government's action was swift. It first cancelled the annual pilgrimage, Amarnath Yatra, citing "security concerns," and asked tourists and outsiders to immediately leave the valley. It also moved 8,000 paramilitary troops from different parts of India to Kashmir, in addition to nearly 35,000 personnel that were already put there.

Internet and phone lines were cut, all educational institutions and offices were closed and groups have been banned from gathering. Furthermore, senior leaders of the state including former Chief Ministers Omar Abdullah and Mehbooba Mufti were placed under house arrest.

More importantly, the BJP-led government has cleared institutional barriers for this change. Normally, such a change would require consultation with the state's local legislature. However, the BJP pulled out of the coalition government last June. As a result, the local government collapsed and the state was consequently put under the rule of the Union Government. Thus, the scrapping of Article 370 could be achieved without the support of Jammu and Kashmir's legislature.

Concerning the state itself, the Jammu and Kashmir Reorganization Bill proposes to divide it into two separate parts. Not only would it repeal the state's special status, it would then be divided into two Union territories. Different from states whose governments are elected by its people, the Union territories are administrative units controlled and regulated by the Union government.

As Article 35(A) goes away with Article 370, it would become possible for non-residents to settle in J&K, to buy properties and to take government jobs or scholarships. Some argue that the long-term goal of the BJP government is to change the demography of Kashmir.

This movement has also raised uncertainties in India-Pakistan relations. Pakistan Prime Minister Imran Khan has termed this changing "illegal" and "a violation of UN resolutions." Pakistan will exercise "all possible options to counter the illegal steps," said its Foreign Office.

Also, as the asymmetry between India and Pakistan endures, Pakistan is now in a relatively weak position. Therefore it would probably accelerate the pace to internationalize the Kashmir issue. The U.S. factor would further complicate the situation. Pakistan has already invited President Trump to mediate in the Kashmir issue. It seems that President Trump would also like to accept the invitation; after all, he has already offered to mediate twice.