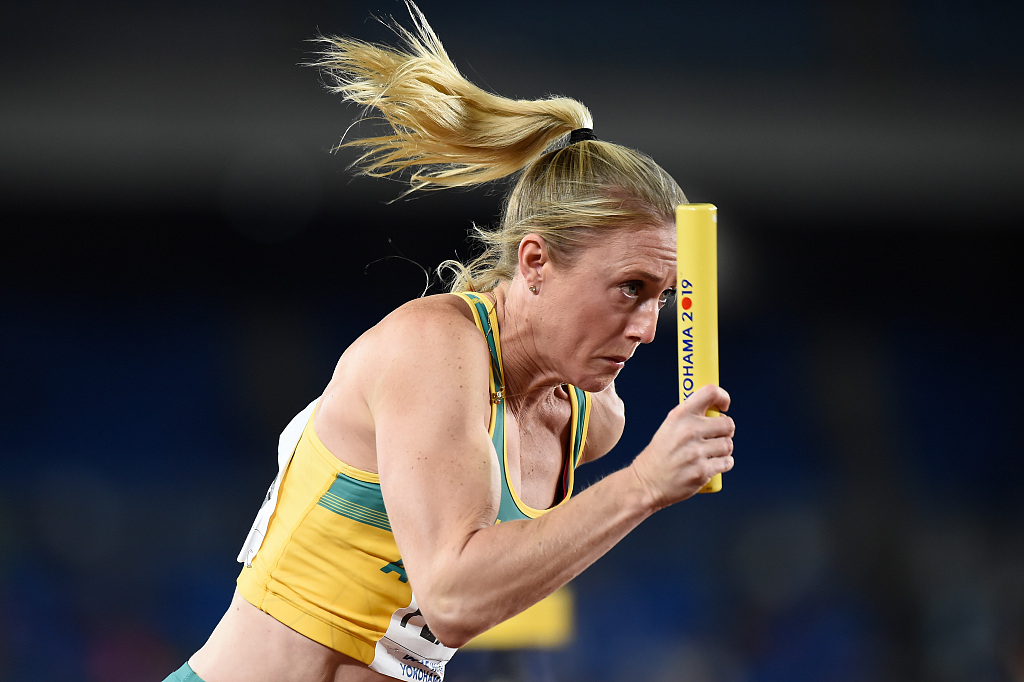 Sally Pearson of Australia competes during the women's 4x100m relay final at the IAAF World Relays in Yokohama, Japan, May 12, 2019. /VCG Photo

Sally Pearson of Australia competes during the women's 4x100m relay final at the IAAF World Relays in Yokohama, Japan, May 12, 2019. /VCG Photo

Former Olympic Champion and Australian track & field icon Sally Pearson announced her retirement from athletics at a press conference in Sydney on Tuesday.

The gold medal winner of 100-meter hurdles at the 2012 London Olympics also won World Championship gold in 2017 on the same track to add to her world triumph of 2011.

While calling it a day from her injury-plagued illustrious career, Pearson said, “We all know why we're here. Today I announced my retirement from my sport of athletics. After 16 years of being on the Australian team, it's time to hang up the spikes. It's been a hard slog, in particular from the London Olympics to now with my injury issues. It's just ongoing and ongoing and every time I want to go fast, the body doesn't want to.”

“So I don't think I could take any more injuries and I have huge doubts for the next year for me to be able to continue at the level that I expect of myself and also what the country expects of me when I go to the Olympics. So I decided to, as I said, hang up my spikes and finish off with my sport, my competitive career anyway,” the Australian hurdler added. 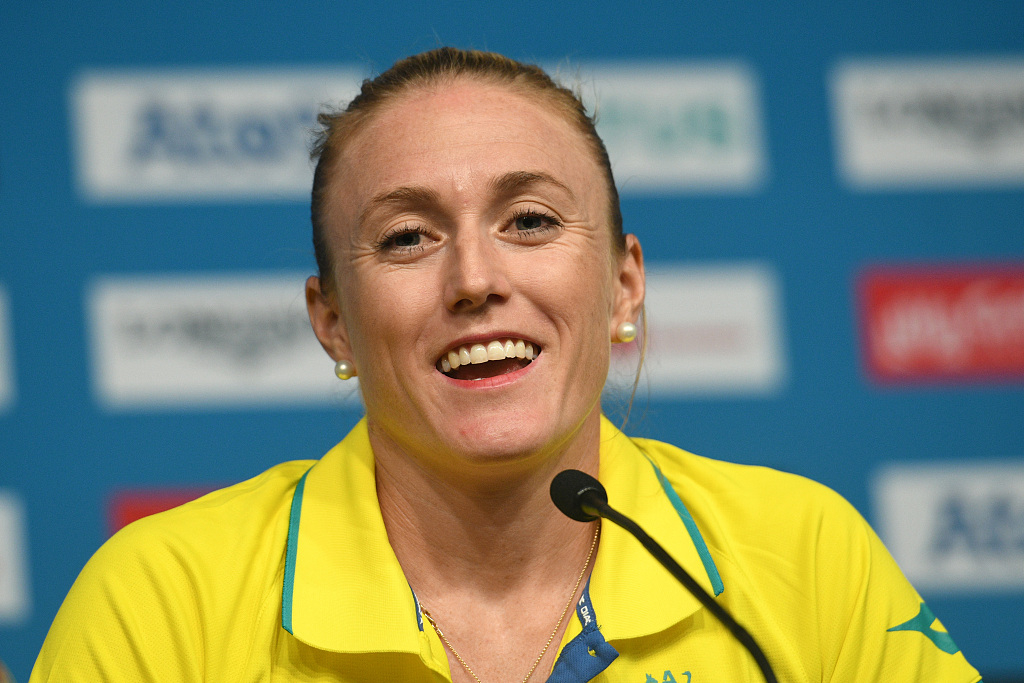 Sally Pearson at a press conference as she withdraws from the Gold Coast 2018 Commonwealth Games due to injury in Australia, April 5, 2018. /VCG Photo

Sally Pearson at a press conference as she withdraws from the Gold Coast 2018 Commonwealth Games due to injury in Australia, April 5, 2018. /VCG Photo

She suffered a serious arm injury in 2015 and was forced to sit out of the track for months before a hamstring injury in 2016 shattered her dream of defending her Olympic title at the Rio Games. Last year, she also had to withdraw from the 2018 Commonwealth Games on the Gold Coast due to an Achilles injury.

“There is nothing I can be disappointed about. It's disappointing that I can't go to another Olympics, but if I could I would go to an Olympics every single year. They're such a wonderful event. But I'm proud of my career and what I've achieved and hopefully I can inspire the next generation of athletes coming through, particularly in athletics,” Pearson mentioned.

Without specifying her retirement plans, the 32-year-old remarked, “I would have loved to have been a three-time Olympian and that's what disappoints me a little bit as well, but at the same time, I am happy, I'm relieved now that my career is over and they'll be no more injuries and no more vomit sessions (laughter) so I said to my training partners that I would still train but I'll just run half of it.”