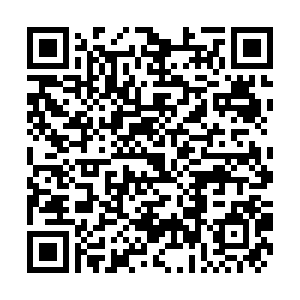 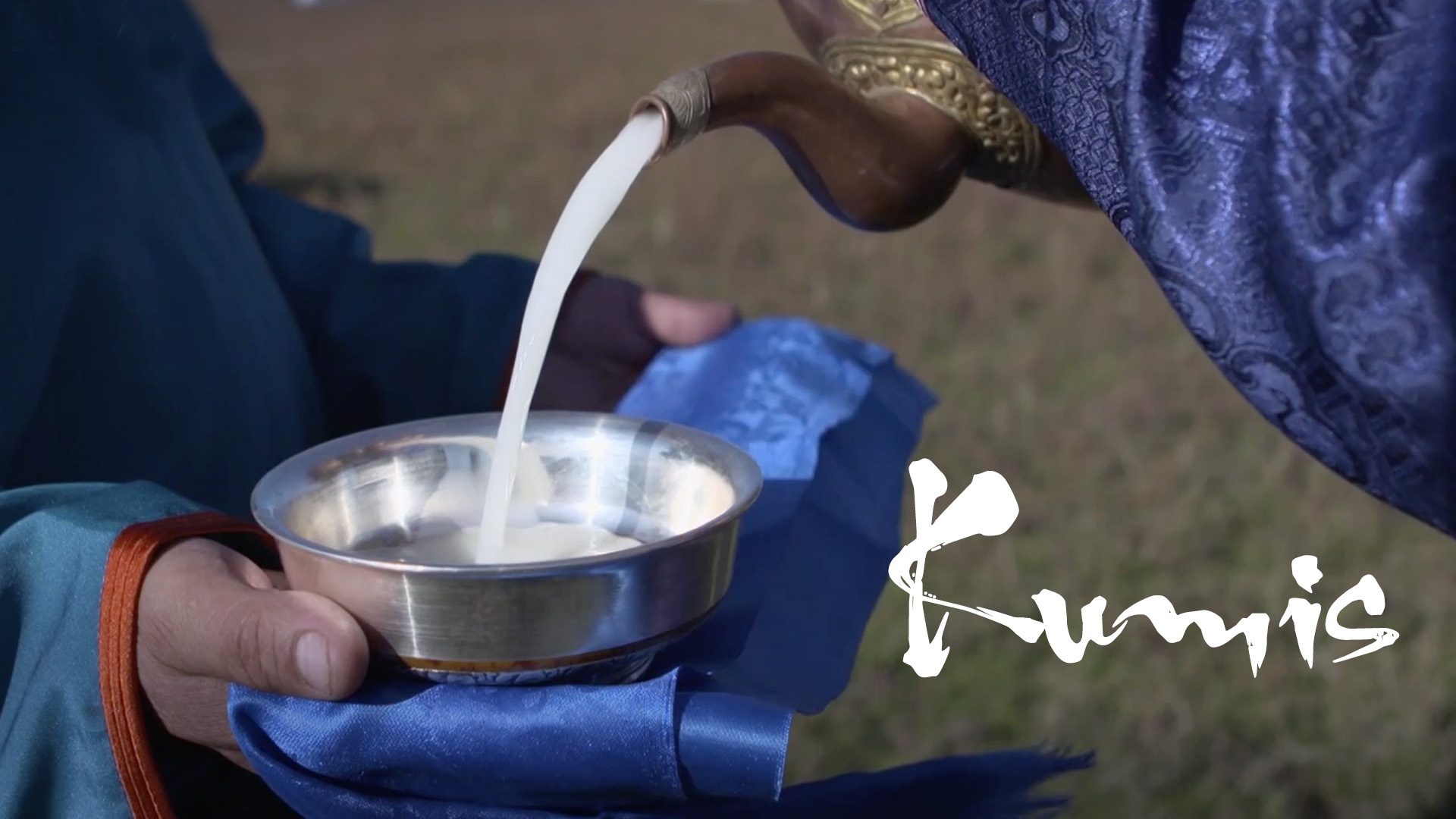 Kumis, also known as airag, is a fermented alcoholic beverage made from mare's milk by special acidification. Though common among Mongolians, the drink elicits mixed feelings from those trying it for the first time. 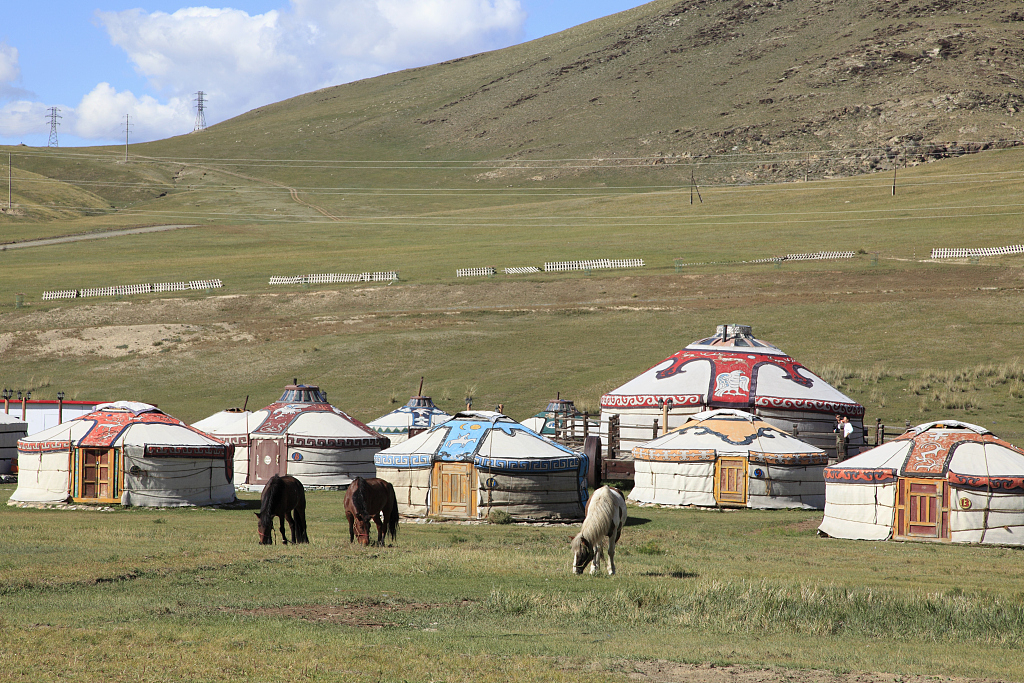 The yurts and horses on the grassland in north China's Inner Mongolia Autonomous Region. /VCG Photo

The yurts and horses on the grassland in north China's Inner Mongolia Autonomous Region. /VCG Photo

Usually served in a tea bowl, kumis has a pungent taste but a pleasant almond-like flavor, and is favored by the Mongolian ethnic group. Its alcohol volume is between 0.7 to 2.5 percent.

When you step on the grassland and walk into the yurts, the Mongolians will offer their favorite kumis and sing toasting songs to express their hospitality.

How to make kumis?

Every year, the best season to produce kumis is from July to August. Mares have to be milked every several hours and it only takes a day to ferment the milk. During the fermentation, lactobacilli bacteria acidify the milk, and yeast turns it into a carbonated and mildly alcoholic drink. Traditionally, the fermentation took place in horse-hide containers, which is often strapped to a saddle. Today, the fermentation process is far easier than it used to be – a wooden vat or a plastic barrel often replaces the leather container. 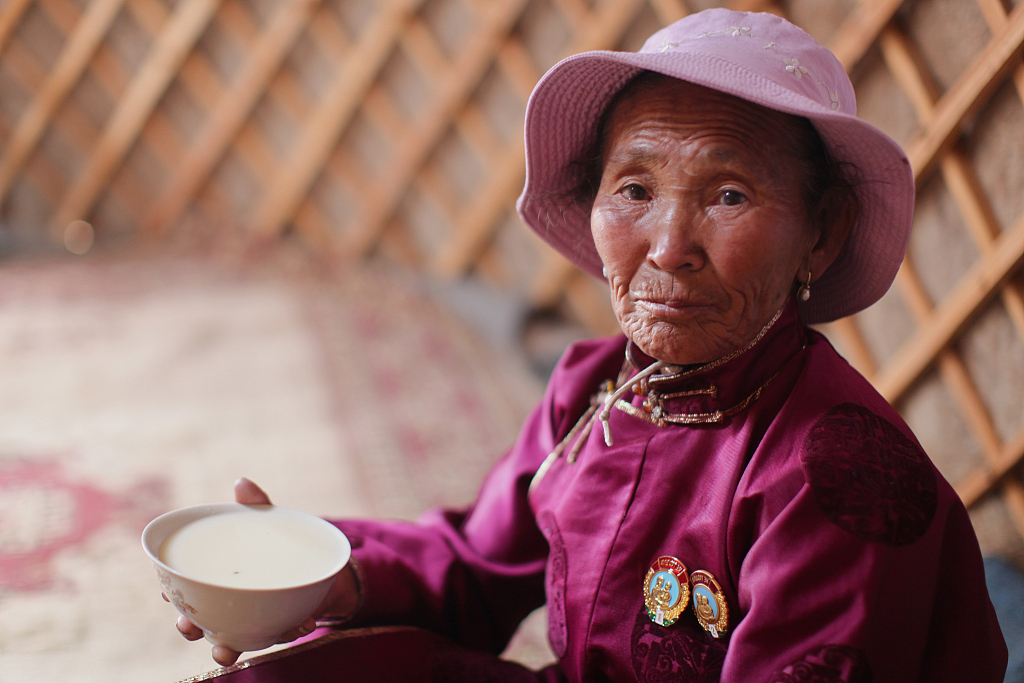 Today, in addition to being served as a kind of alcoholic drink to welcome guests from afar, the Mongolian ethnic group's kumis is also served during the traditional horse racing sports during Mongolia's national holiday Naadam – the winner of the horse racing will drink and sprinkle the kumis on the head and croup of his/her horse. 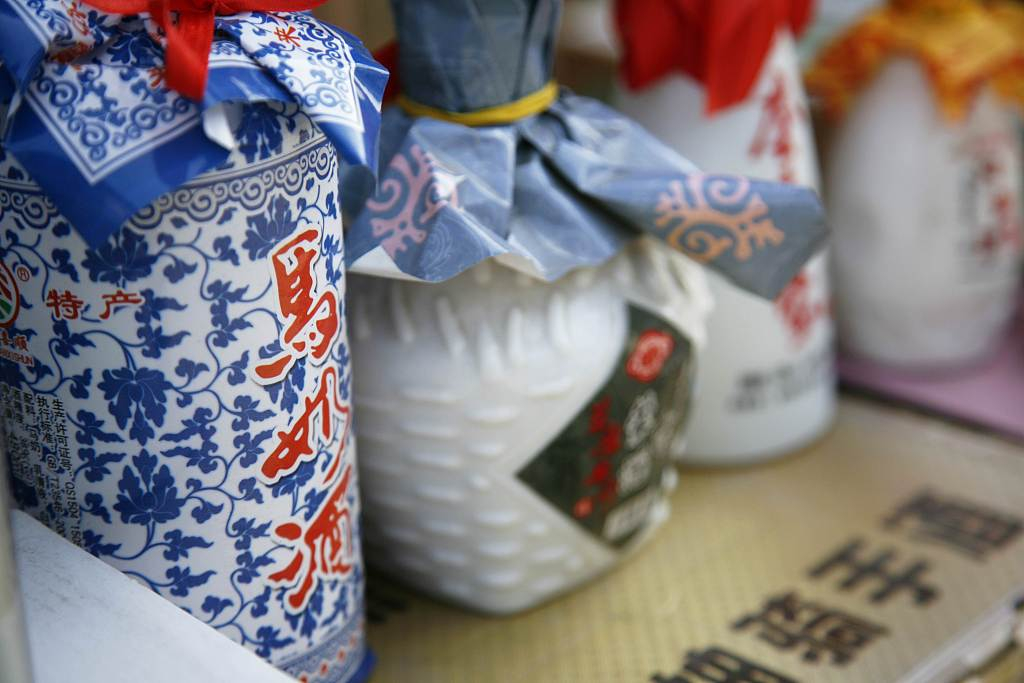 In regards of the benefits of this drink, kumis aids in the digestion of meat, so people are healthier physically. The drink is so popular among the Mongolian ethnic group that in Japan the soft drink Calpis has already tried to mimic the flavor of kumis.