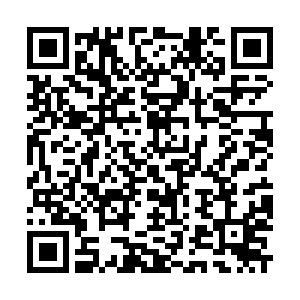 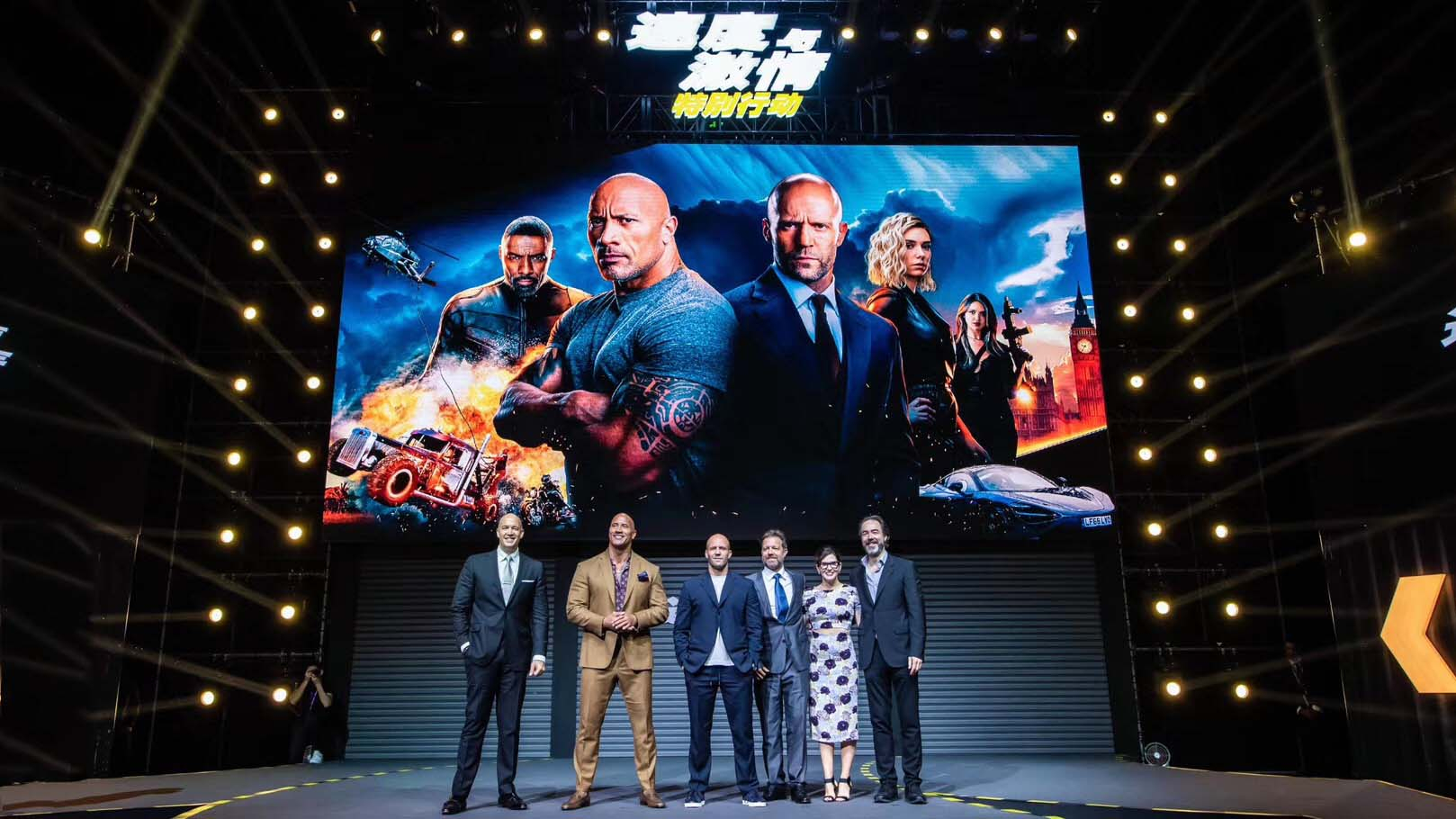 It's no secret that Hollywood blockbusters do gangbusters at the Chinese box office. Time and time again, films such as "The Avengers," "The Lion King" and – of course – "Fast and Furious" make millions of yuan and break records every few months – but what's particularly notable is that almost everything that breaks the bank is part of an existing series.

International stars breaking out on their own aren't always so fortunate: Orlando Bloom's S.M.A.R.T. Chase (later re-titled "The Shanghai Job") sank without a trace worldwide and Sylvester Stallone's "Escape Plan" sequels – which were designed with China in mind and also star Mr. Angelababy himself, Huang Xiaoming – have gained notoriety for being panned by everybody, including Stallone himself, who considers them the worst movies he's ever made. 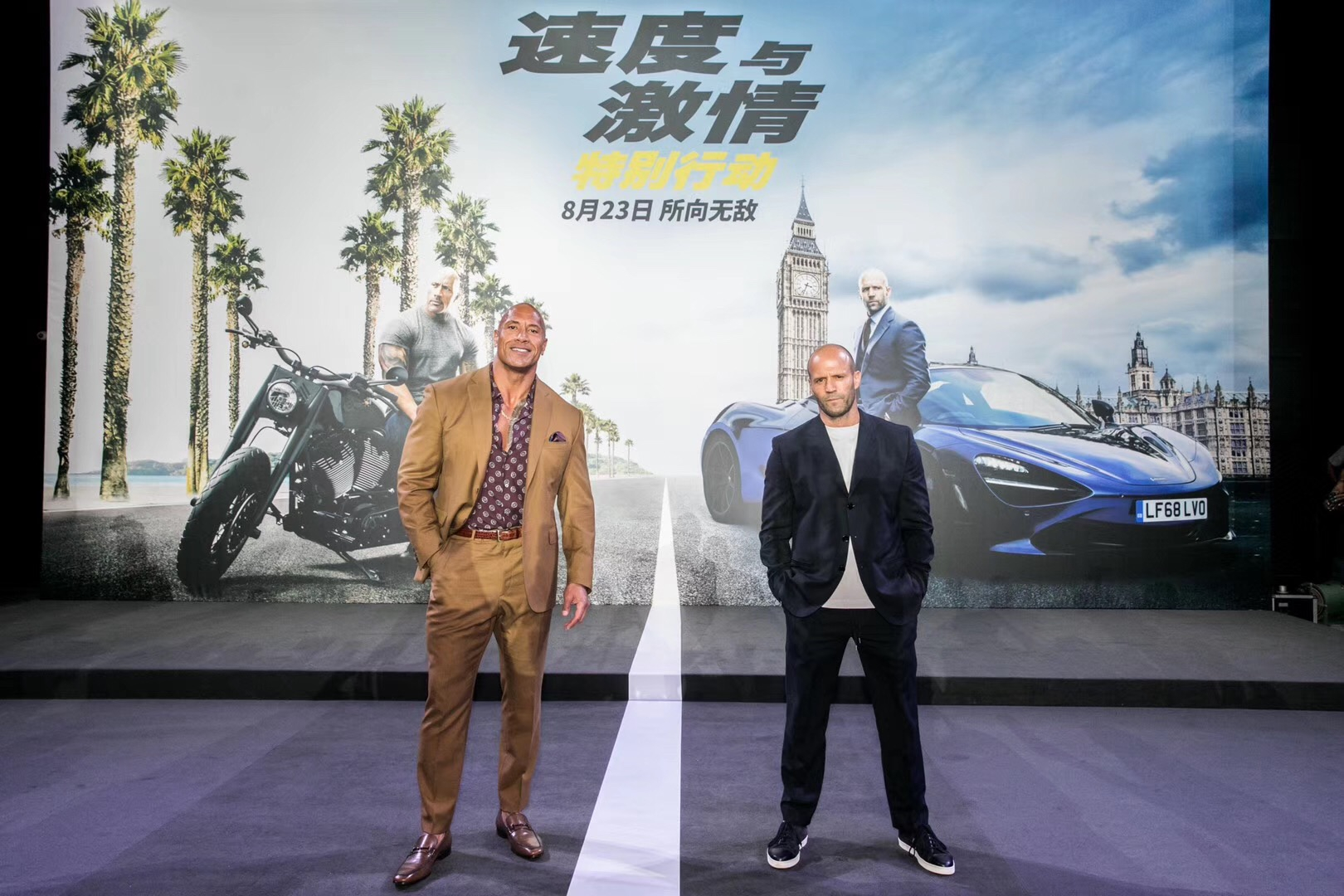 And then there are Dwayne Johnson and Jason Statham, both of whom have found an immense fanbase in China. This is partly through their work on "Fast and Furious," which is incredibly popular with the country's youth, but mostly through their own hard work in cultivating an audience which will come out to see them no matter what they're doing. This was seen in the success of Johnson's "Skyscraper" and Statham's "The Meg" in the 2018 summer season. One was a stripped down throwback and the other a beefed up creature feature, wildly different to their usual output, wildly different to the rest of the usual 2010s summer output too, but both wildly popular in China.

So it only makes sense for all the two to combine for the somewhat clumsily titled "Fast and Furious Presents: Hobbs & Shaw," the Chinese premiere for which was held in Beijing on Monday. Flanked by director David Leitch of "John Wick" fame, screenwriter Chris Morgan and Seven Bucks Productions President Hiram Garcia, Johnson and Statham took part in the event which doubled as a glitzy Q&A session – and the two could not have been more happy to meet their biggest fans. 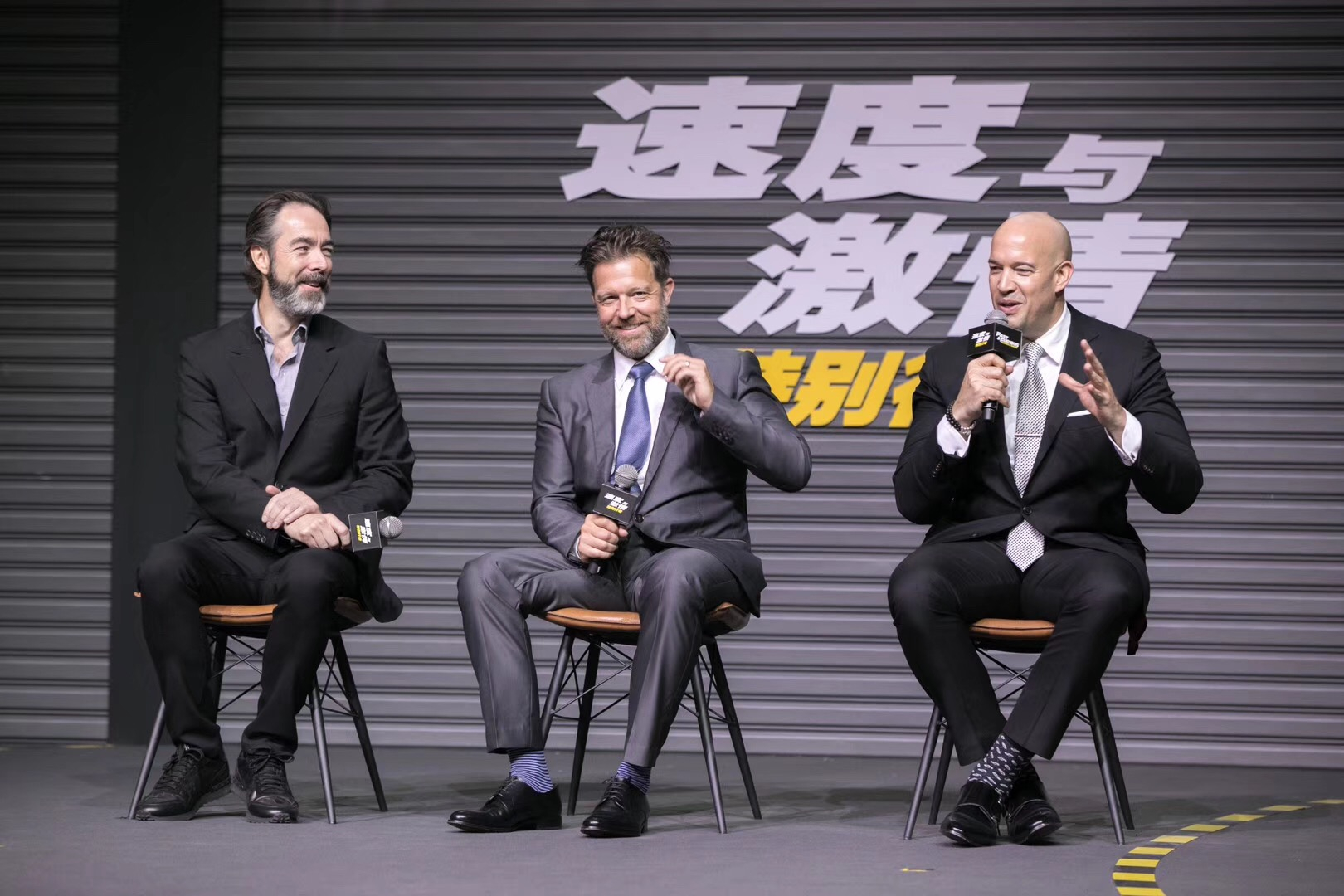 For the Chinese release, the film's title has been snappily shortened to "Fast & Furious: Special Mission" and, while this isn't new for Asian releases of Western movies, it reflects the film using the franchise then birthed it to go in a new and unique direction, a move that Johnson himself confirmed was intentional when he spoke passionately about this being the first time any movie has showcased Samoa's culture. He's a big believer in Hollywood diversity, not just from a production stand point but also from a fan standpoint too as audiences not only want to see themselves and their experiences given attention and respected in multi-million dollar movies, but also want the variety that comes with it too, and he made sure Morgan and Leitch could emphasize not just his Samoan heritage but also Statham's British heritage too, two cultures Chinese fans may not be aware of but will be eager to see when the film gets released on August 23.