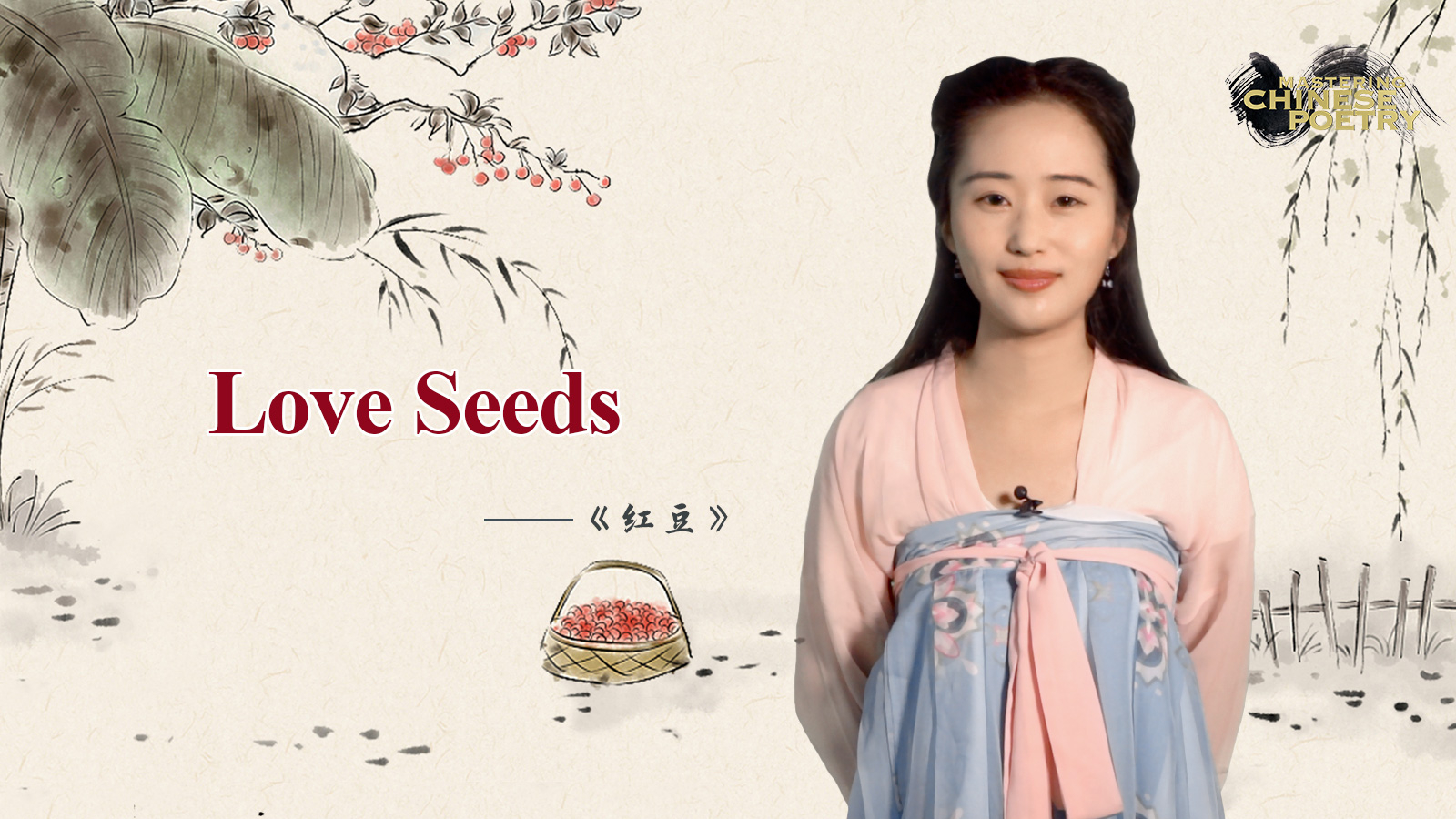 Love, a forever topic in human history, is also an everlasting theme in Chinese literature and poetry. What symbol represents love in your country – the heart, rose, swan, or dove?

In this episode, we are going to look at a famous classic Chinese poem, "Love Seeds." It is a Tang Dynasty poem, written by poet Wang Wei, who pined for one of his friends with red beans, also seen as "love seeds" in China. As time goes on, Chinese people have used red beans to convey a yearning emotion between lovers.

In the first two lines, the poet conveys his feelings of longing for his friend, who lives in southern China, by describing the natural phenomena of red beans:

How many load in spring the trees? 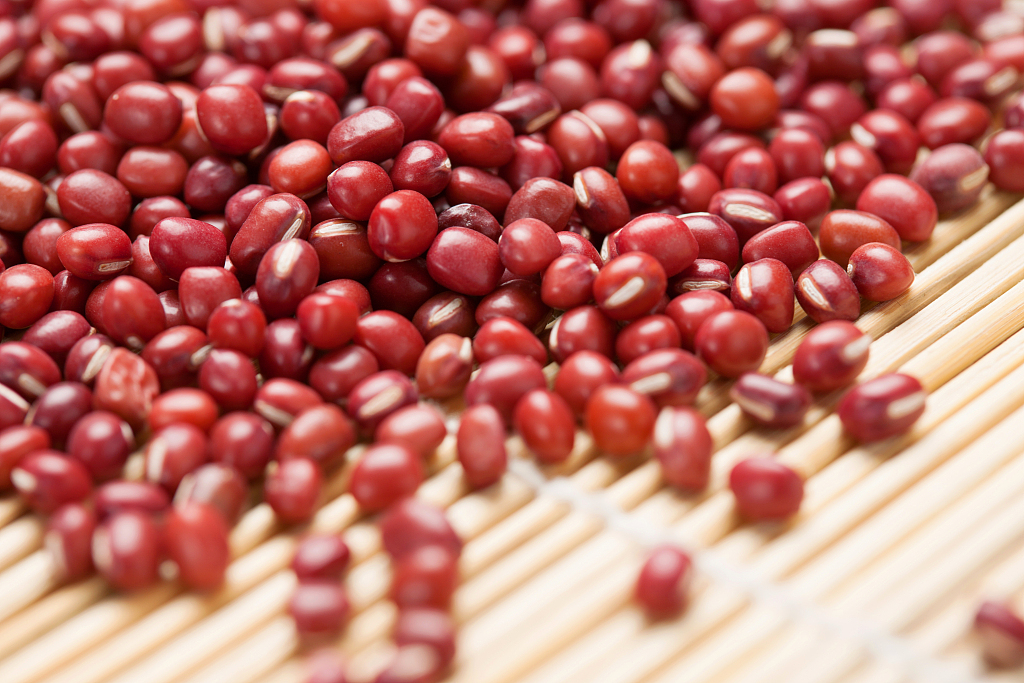 Red beans have a strong foundation of meaning in the Chinese culture. / VCG Photo

Red beans have a strong foundation of meaning in the Chinese culture. / VCG Photo

红豆，red beans have a strong meaning in Chinese culture. Red beans are often hard and come in a heart shape. They are similar in color to that of blood and can be stored for a long time without rotting or fading in color. Red beans symbolize love and fidelity. Men give red beans to their lovers to show their commitment, while women wear jewelry made from red beans for a happy life.

Gather them till full is your hand;

They would revive fond memories.

The poet wishes for his faraway friend to gather as many red beans as possible, as the beans will remind his friend of the poet.

Instead of conveying love to others by directly saying "I love you" or "I miss you," Chinese people are more likely to express feelings of love in a more roundabout or symbolic way in Chinese literature. For instance, poets describe pears (梨 lí, pear, same pronunciation as 离 lí, to leave) or the willow tree (similar pronunciation as 留 liú, to stay) in scenes of separation.

Chinese people love to use poems to express their deep emotions. The glamour of Chinese culture and words is embodied by several words while comprising many messages. And you will find out more about Chinese poems at Mastering Chinese Poetry!