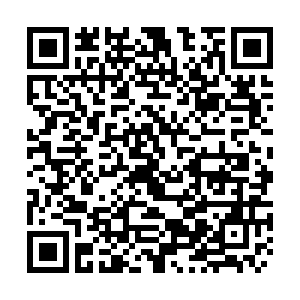 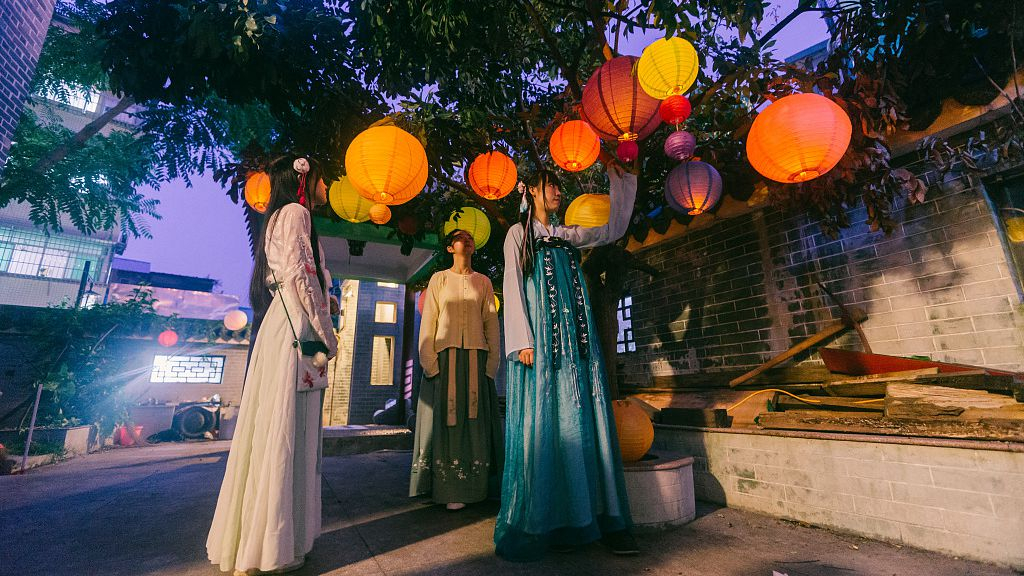 The seventh day of the seventh month of the lunar calendar or Qixi is renowned as Chinese Valentine’s day. But the day, which is based on a romantic tale about the cowherd and the weaver girl who fell in love and meet once in a year, is also related to young girls "praying for nimble fingers" or qiqiao.

In Chinese, qiqiao means praying for nimble fingers or cleverness in needlework and making handcrafts. In ancient times, young girls gathered in a courtyard at night and prayed to the weaver girl, asking her to grant them the ability perfect their needlework skills, which was an important part of domestic life in traditional culture. They also prayed for wisdom and marital happiness, which is a part of the reason the festival is called the Qiqiao Festival.

Whose needlework is best?

Qixi was a day for girls to show off their weaving, cooking and handcraft-making skills. Girls in a neighborhood or family would put their pieces together, compare them and evaluate who could be viewed as “the one who achieved the skills (from the weaver girl).” Girls also gave handcrafts as gifts to each other, including modeled dough, colorful embroideries, and more. 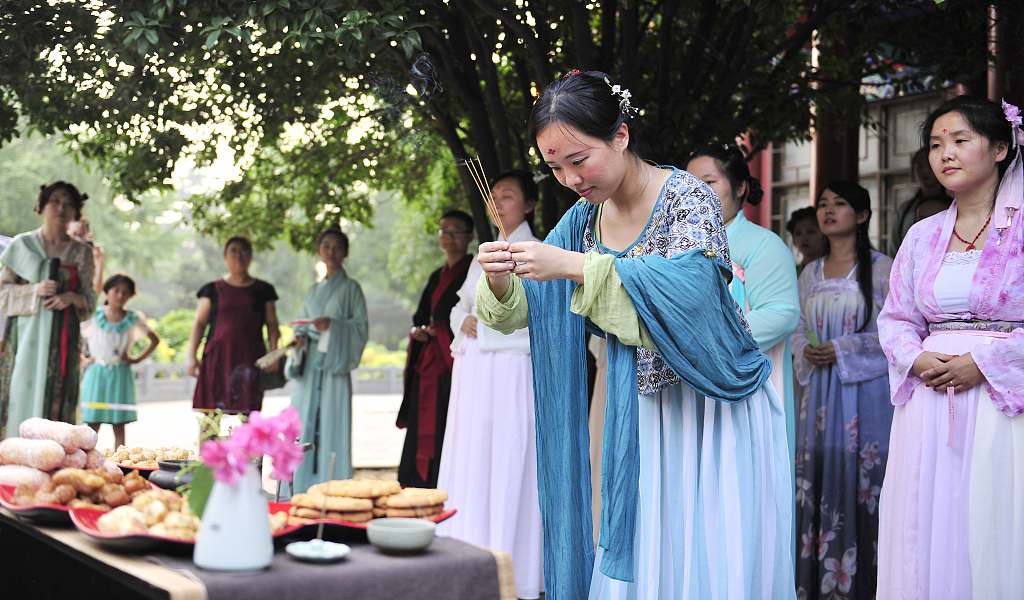 As an essential tool for sewing, the needle played a major role in the Qixi Festival. In ancient times, girls participated in needle threading competitions. The person who threaded seven needle holes in the moonlight won the title of "skillful hands." 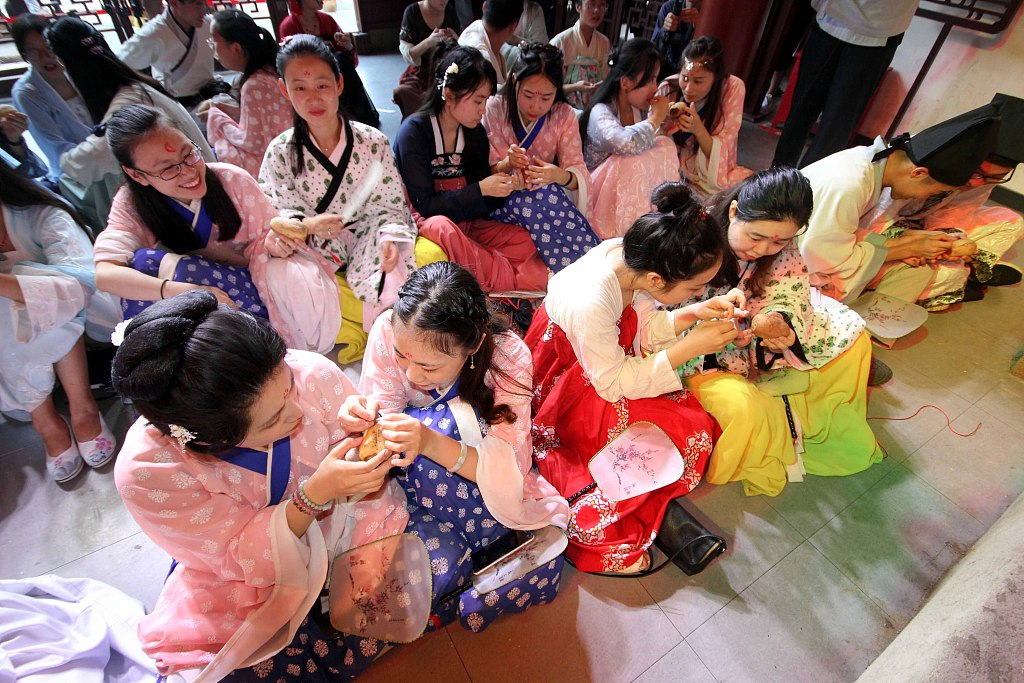 Needles were not only used for competition; they were also a tool for divination. People would mix water from different sources, like from a river and a well or water collected in the morning and at night in a basin. The water would then be left to sit for a whole morning. It was said that after long exposure to sunlight, a thin film would form on the surface of the water so that when a needle is put on the surface it would float.

The shadow the needle cast on the bottom of the basin would then tell if the girl could "achieve skill." If the shadow was straight, the girl failed. But if the shadow showed various shapes, like appearing bent or changing thickness, the girl was deemed to have achieved good skills.

Another tool for divination was spiders. It was tradition during the Northern and Southern dynasties (420-589) for girls to lock a little spider inside a small box at night on Qixi. The next morning, they would open the box and appraise the quality of the spider's web to divine how skilled they would become.

According to folklore, in the Northern and Southern dynasties, people based good fortune on the mainly on the size of the web, while people in the Tang Dynasty (618-907) judged by the density. People in the Song Dynasty (960-1279) assessed by regularity. 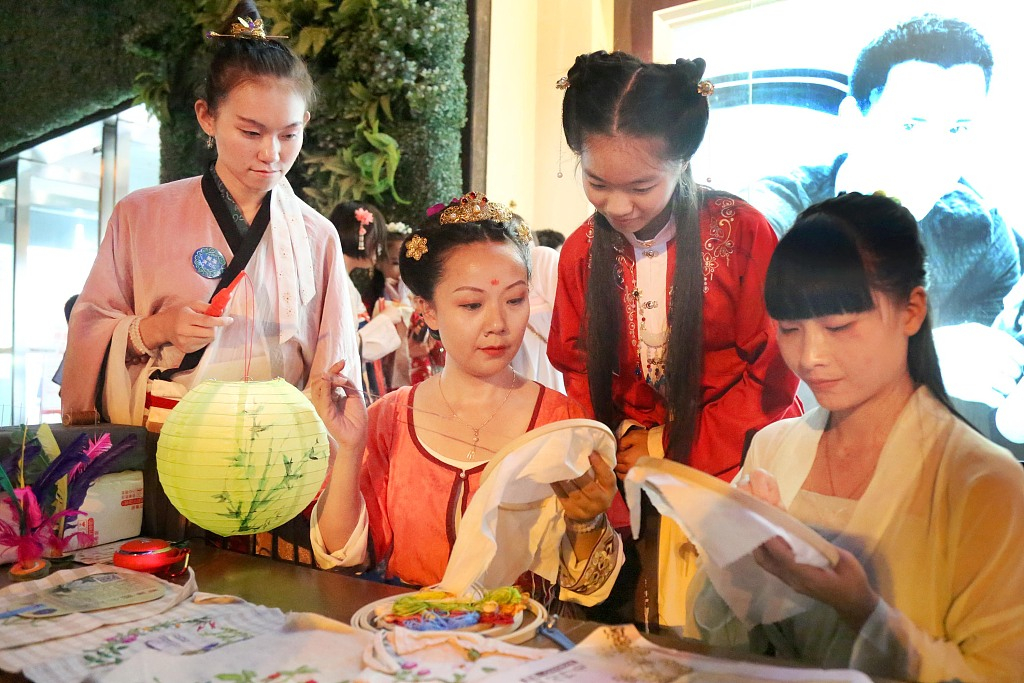 In southern China, several days before Qixi, people put seeds like mung beans, red beans and wheat grains into a bowl of water and wait for them to sprout. After they germinate, people would then cut the sprouts named "skillful sprouts" and cook them in a soup called "skillful sprouts soup" on Qixi. The soup represents the maker's wish for children who drink it to be smart.

The qiqiao customs of ancient China were linked to the agrarian society at that time. In those days, the men labored on the farm, while the women stayed at home and did all the weaving and cooking. The love story of the cowherd and the weaver girl also reflects that model.