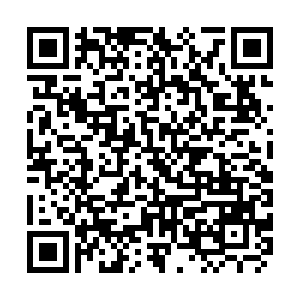 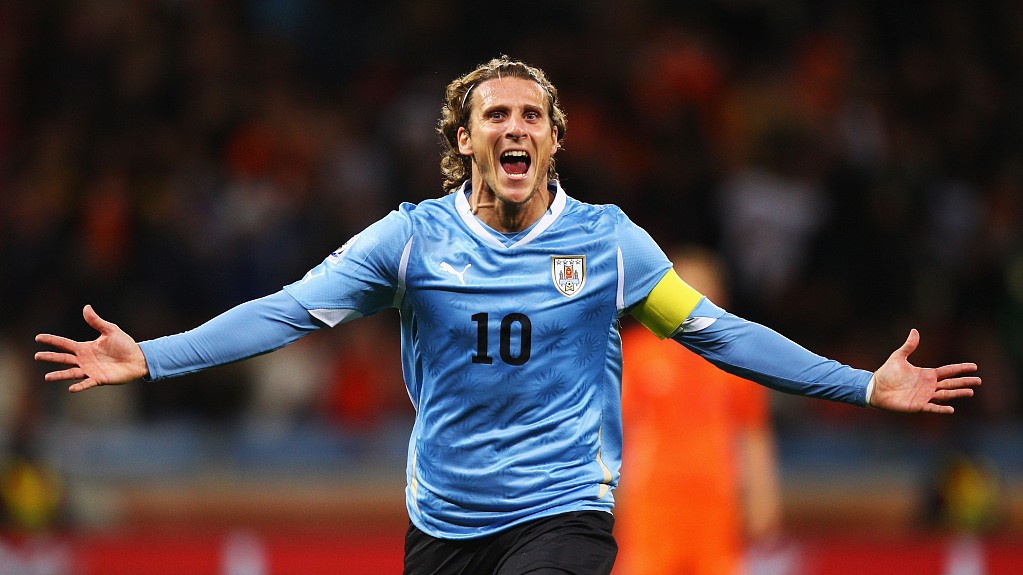 Forty-year-old Diego Forlan, one of the best shooters in the history of Uruguayan football, announced his retirement from professional football on Wednesday.

"It hasn't been easy, I didn't want the time to come, but I knew it was going to come. I have decided to stop playing football professionally," said Forlan to Telemundo.

Forlan began his professional football career with Club Atlético Independiente from the Superliga Argentina. Having scored 40 goals in 91 games, he drew attention from Manchester United of the Premier League. In January 2002, the Sir Alex Ferguson paid 11 million euros (about 12.3 million U.S. dollars) to bring Forlan to the Old Trafford.

However, Forlan was totally lost with the Red Devils and only had 17 goals after playing 98 games. After only two years, he was sold to Villarreal of La Liga at the price of only 3.2 million euros (about 3.6 million U.S. dollars). 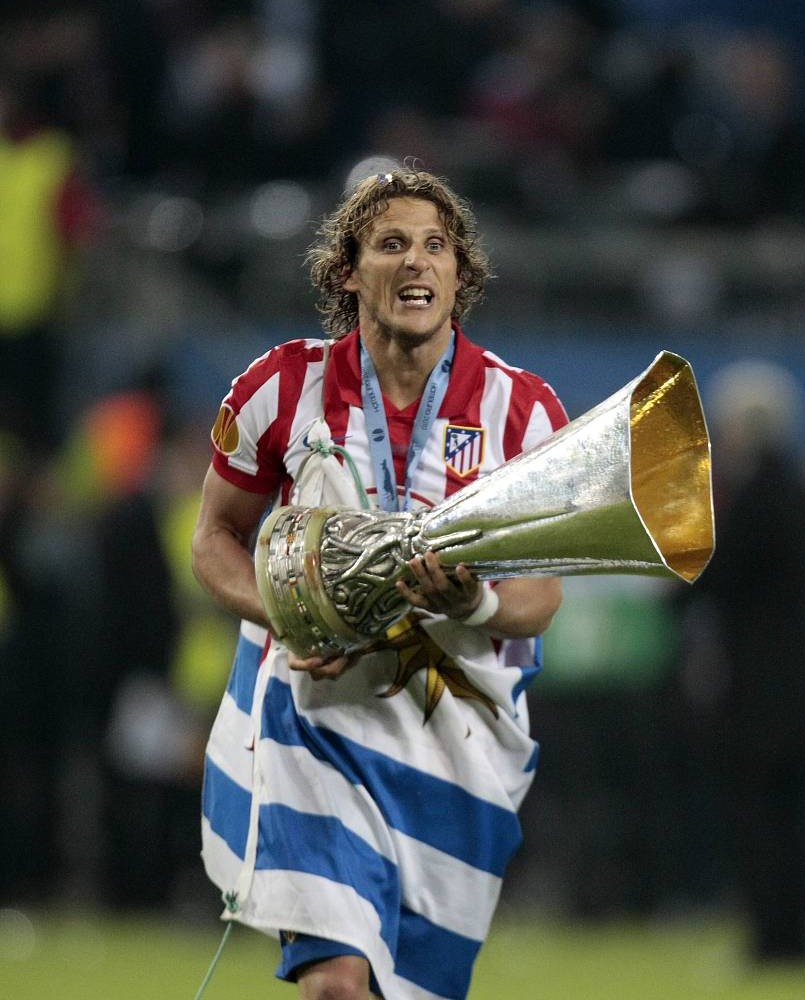 Diego Forlan of Atlético Madrid holds the championship trophy after his team defeat Fulham 2-1 in the 2009-10 UEFA Europa League Final, May 12, 2010. /VCG Photo

Diego Forlan of Atlético Madrid holds the championship trophy after his team defeat Fulham 2-1 in the 2009-10 UEFA Europa League Final, May 12, 2010. /VCG Photo

Forlan was reborn as a top forward in Europe at El Madrigal. He made 128 appearances for the Yellow Submarine and scored 58 goals. In the 2004-05 season, Forlan won the European Golden Shoe.

In 2011, Forlan departed Wanda Metropolitano for Stadio Giuseppe Meazza as he joined Inter Milan of the Serie A. Nonetheless, the Uruguayan forward again saw his performance worsen radically in Italy – he only had two goals in the 20 games played for the Nerazzurris. Inter also became Forlan's last stop in Europe before he passed through different leagues including the Brazilian Championship A Series and Japan's J1 League. 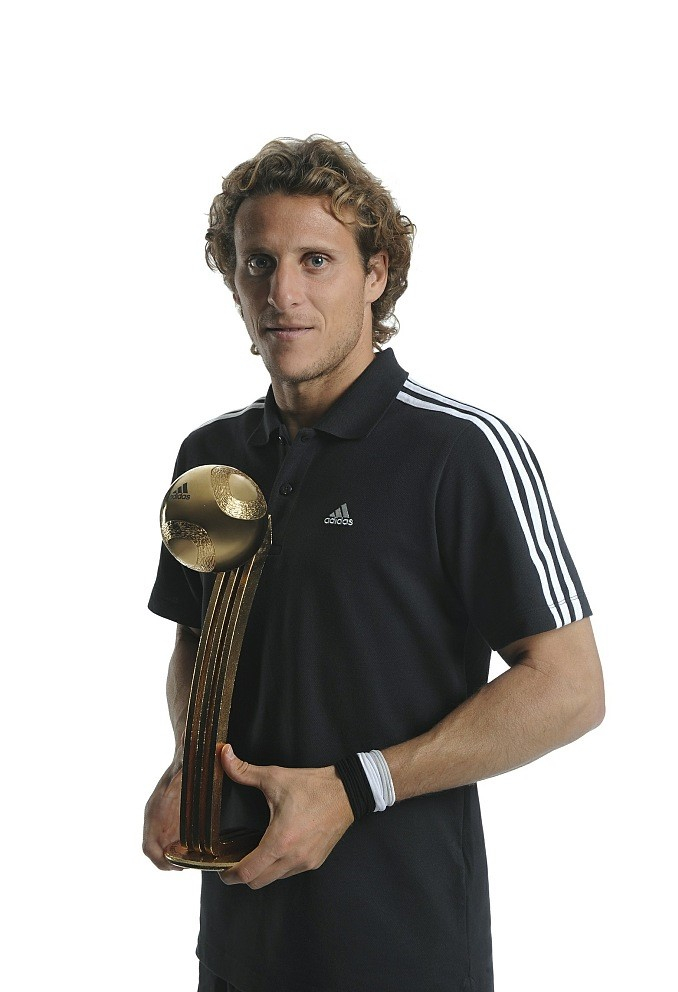 Compared with his club career, Forlan's days with the Uruguayan national team was a huge success. He played the sixth-most 112 games and scored the third-most 36 goals. At the 2010 FIFA World Cup in South Africa, Forlan led Uruguay back to Final 4 of the tournament, which was the first time in 40 years and brought him the FIFA World Cup Golden Ball. One year later, Forlan helped his country win the Copa America championship.

"Historic for Uruguayan football. Grateful for all the unforgettable moments you made all Uruguayans live, both in the national team and in all the teams you played. I will always be grateful for what you taught me, both on and off the field, a dream to have played with one of my idols. You will always be a legend in Uruguay. A lot of success in your new challenges, friend," wrote Luis Suarez on Twitter.