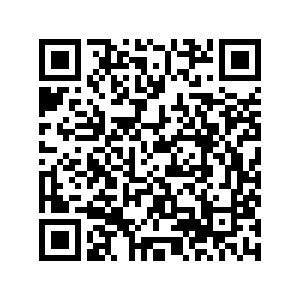 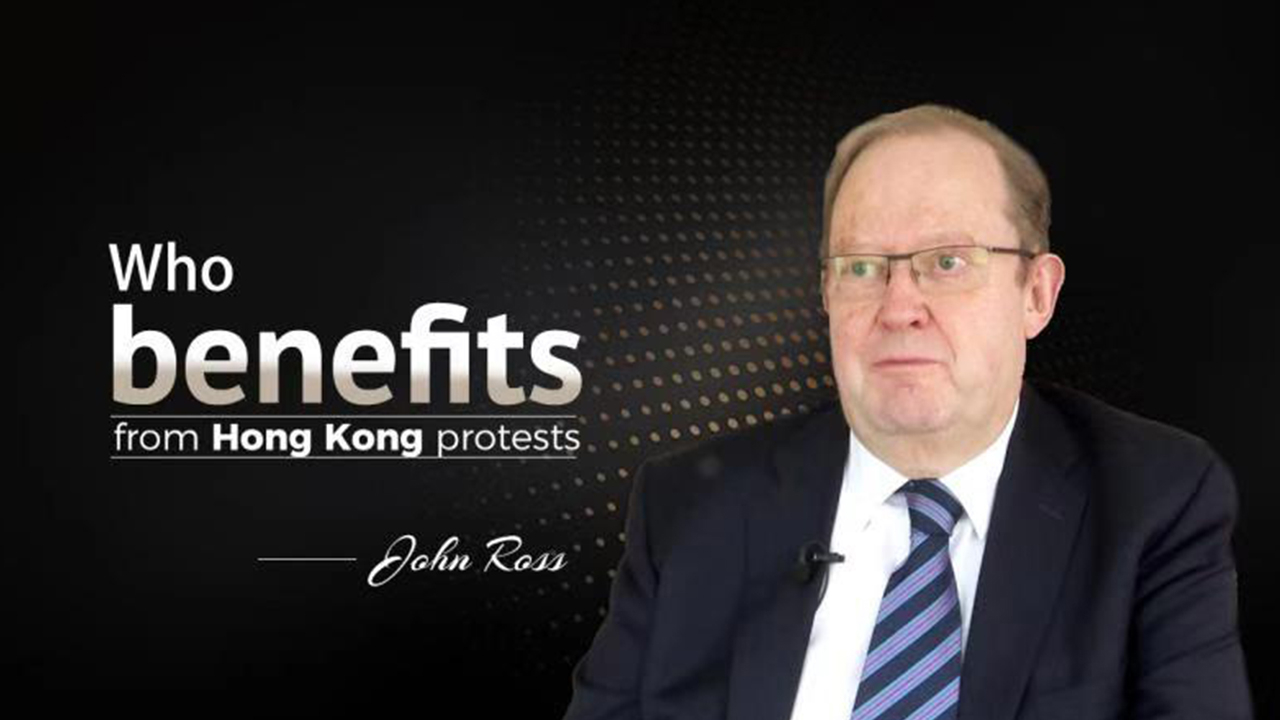 Editor’s note: Hong Kong is now in its ninth consecutive week of mass protests. The violent clashes between police and protesters have grabbed global attention. John Ross, former director of economic and business policy for the Mayor of London and a senior fellow at Chongyang Institute for Financial Studies under Renmin University of China shares his views on the issue. The opinions expressed in the video are his and do not necessarily represent the views of CGTN.

The following is a transcript of the interview with Ross. Edited for clarity and brevity.

CGTN: In your opinion, what is the background of the protests in Hong Kong?

John Ross: The background is the 150 years when Hong Kong was colonized by Britain. This has created, among a certain section of the population, two things.

The first was big interference by Britain. It's rather ridiculous at the present time that Britain criticizes the election system of the Hong Kong chief executive when, through the 150 years approximately that Britain ruled Hong Kong, it never allowed any elections at all.

The second is the existence of a situation whereby Britain always used to pursue a policy of divide and rule. It tried to create a big division between Hong Kong and the Chinese mainland. They created a situation whereby the population was taught to look down on some people. And therefore the thing they were taught to look down on was the Chinese mainland.

This is why you have the leadership of these currents in Hong Kong, people who want the so-called independence of Hong Kong. Although they put forward particular limited issues, the real goal is to try to split up China and China's not gonna accept it.

Britain's sort of hypocritical interference is an element in the situation.

CGTN: You mentioned British interference. Beyond public statements, what is the nature of the interference?

John Ross: The claim that this movement is leaderless is complete nonsense.

The tactics used by demonstrators are highly organized. These people are taught how to deal with tear gas and riot police. Somebody is teaching them to do this.

If you find out who profits from the situation, normally you’re finding out who's causing it. In this case, certainly a combination of the United States and Britain. Britain at the present time has made very provocative statements.

CGTN: Given the special relationship between the U.S. and the UK, how would you characterize their response to the protests?

On the other hand, they know that some things are extremely explosive for China, for which territorial integrity is the most important.

President Donald Trump, after his election, took a phone call from Taiwan leader Tsai Ing-wen, and found out that unless he reaffirmed the one-China policy, he wasn't going to have any serious communication with China.

I think on the present situation, the United States doesn't want to get itself involved too much in the situation in Hong Kong. But I also know that the British government in serious international matters can't act independently of the United States, or if it does, it carries it through fairly systematically.

Former UK Prime Minister David Cameron, at the time of the "Occupy Central" protests in 2014, did actually keep out of the situation. The reason for that was that at the time, China and Britain ties were in a certain golden period, and Britain wanted to attract Chinese investment. He wanted to calm relations with China. So he had a few words which were said, but you know that it was purely for form.

So I'm afraid, I think it's more division of labor than any real difference.