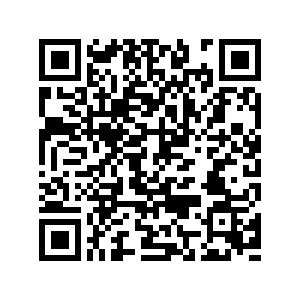 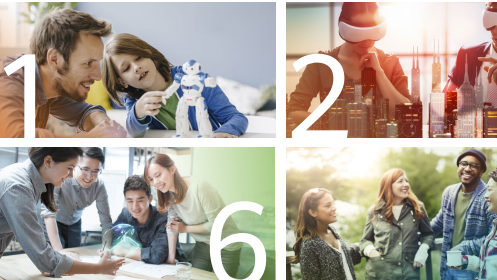 How would the world look like in the near future? Huawei released its Global Industry Vision (GIV) whitepaper on Thursday, describing 10 trends shaping tomorrow and inspiring a new era of digital evolution.

Let's take a look at the trends determining the new paths for businesses.

No.1 Living with robots

GIV predicts: 14% of households worldwide will have smart robots by 2025.

Thanks to 5G, cloud computing is becoming more popular, and disciplines like material sciences and neuro science are becoming more integrated, expanding the research on home robots.

Nursing robots, companion robots, and other new forms of robots will come to the health care, education, and other service industries, bringing convenience to people's everyday lives. 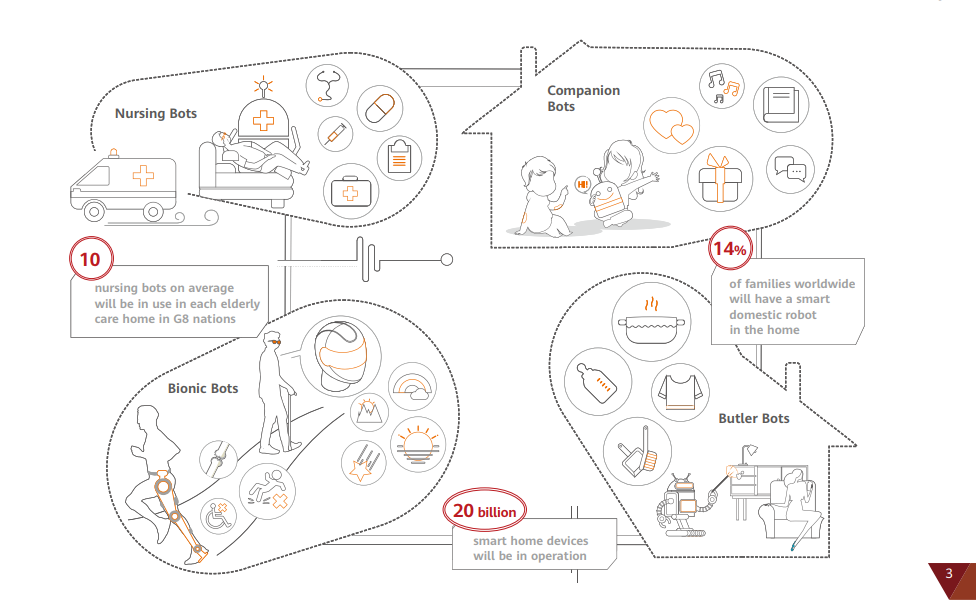 No.2 Human with super vision

The marriage between Artificial Intelligence (AI), VR, AR, and machine learning technologies will enable us to break the barriers brought by time and space, making it possible for people to see and touch things that they've never experienced before. 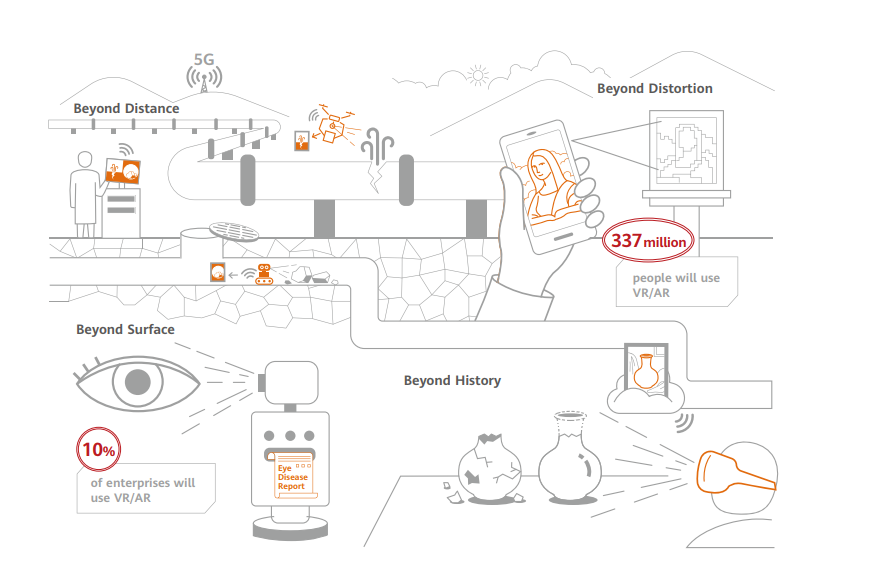 GIV predicts: smart personal assistants like Apple's Siri and Amazon's Alexa will work for 90% of the world population by 2025. The number of smart speakers will reach 470 million worldwide.

In the next five years, technology will simplify the searching process to a great extent. People will no longer be bothered to search stuff. Instead, powered by the Internet of Things (IoT) technology, things will seek people out, speaking to them and predicting their needs.

GIV predicts: 15% of vehicles will be embedded with Cellular Vehicle-to-Everything (C-V2X) tech by 2025. (According to Qualcomm's explanation, C-V2X serves is the foundation for vehicles to communicate with each other and everything around them.)

The massive data generated from the smart transportation system will ensure a faster, safer, and congestion-free streets in the near future, and speed up the development of fully autonomous vehicles.

No.5 Robots in manufacturing industry

GIV predicts: 2025 will have 103 robots working alongside every 10,000 employees in the manufacturing industry.

Tedious, dangerous and repetitive jobs will be taken over by robots. With embedded programs, robots can work around the clock without taking breaks and making mistakes. This can never be achieved by humans.

GIV predicts: 97% of large companies will be using AI in their services or operations by 2025.

From drug development to musical composition, all industries will embrace AI.

One of the prominent advantages of AI in those creative industries is the low cost of making mistakes. Innovators can have countless human-like trials before bringing their products to the public.

GIV predicts: 100 billion connected devices will be in use by 2025.

Spoken language barrier has been solved long time ago. But now, AI-enabled translation devices will not only help people who speak different languages, but also people who are unable to speak. By applying image recognition and optical character recognition technology, AI devices are about to bring a more inclusive world.

GIV predicts: 85% of business applications will be cloud-based by 2025.

Companies around the world have the opportunity to work together via cloud-based platforms, and share resources of global ecosystems. An open, diverse ecosystem is the key to create an efficient business model.

GIV predicts: 5G networks will cover 58% of the world’s population by 2025 and 6.5 million 5G base stations will be installed.

GIV predicts: By 2025, 180 zettabytes data will be generated each year, a five-fold increase over today.

The rules for data privacy and protection as well as data transactions are vital for safer data governance. The world is in an urgent need of such rules before the explosive data wave settles in. Every country, every company and every person has the right to data protection.