How the Trump administration treats Seoul with extortion
Tom Fowdy 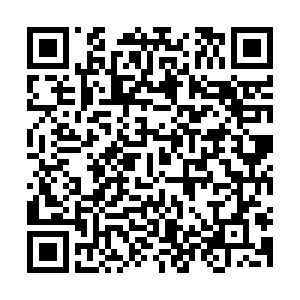 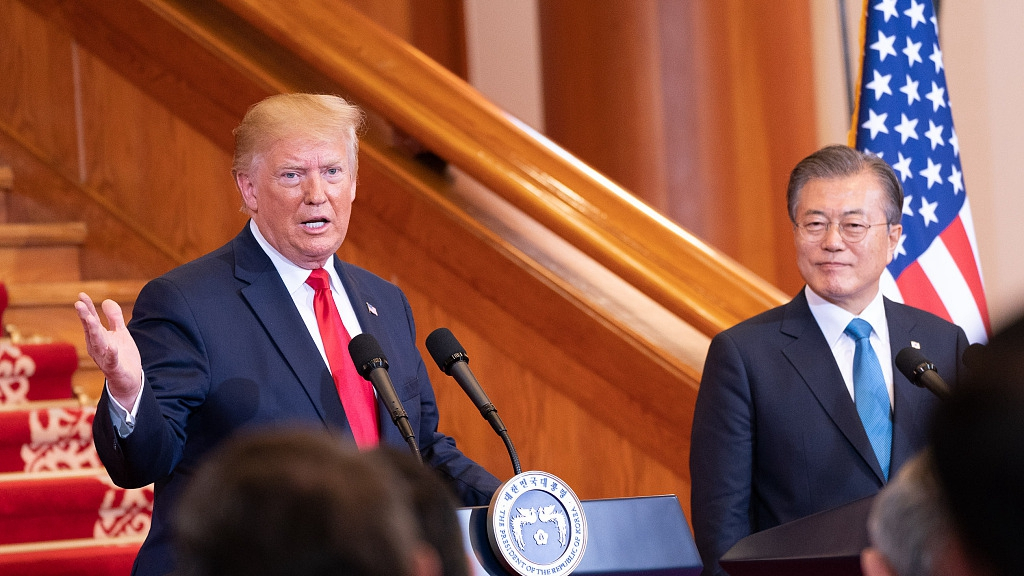 Editor's Note: Tom Fowdy is a British political and international relations analyst and a graduate of Durham and Oxford universities. He writes on topics pertaining to China, the DPRK, Britain, and the United States. The article reflects the author's opinions and not necessarily the views of CGTN.

On August 7, President Trump took to twitter and claimed that "South Korea has agreed to pay substantially more money to the United States in order to defend itself" and that talks have begun to increase such payments. He further stated that the ROK was a "very wealthy nation that now feels an obligation to contribute to the military defense provided by the United States of America".

Despite his claims, the Blue House stated that such talks had not been agreed to. The request comes within days of the DPRK having tested four missiles in the space of several weeks, suggesting the president has used the events to his own advantage.

Under the Trump administration, it is fair to say that relations with South Korea have frayed from the diplomatic functionalities of an alliance into one-way traffic consisting of demands and extortion, with the country seemingly relevant to the extent it can serve broader American interests.

Over the past several years, the White House has sought to coerce Seoul into following U.S. preferences whilst giving very little space to their own positions and concerns.

Thus as Washington seeks to rope the Republic of Korea into the broader U.S.-China conflict, it is time for authorities in the country to seriously question just how really useful the so-called "iron-clad" alliance really is.

The idea of Trump demanding countries pay more for an American military presence, not least South Korea, is not a new thing. 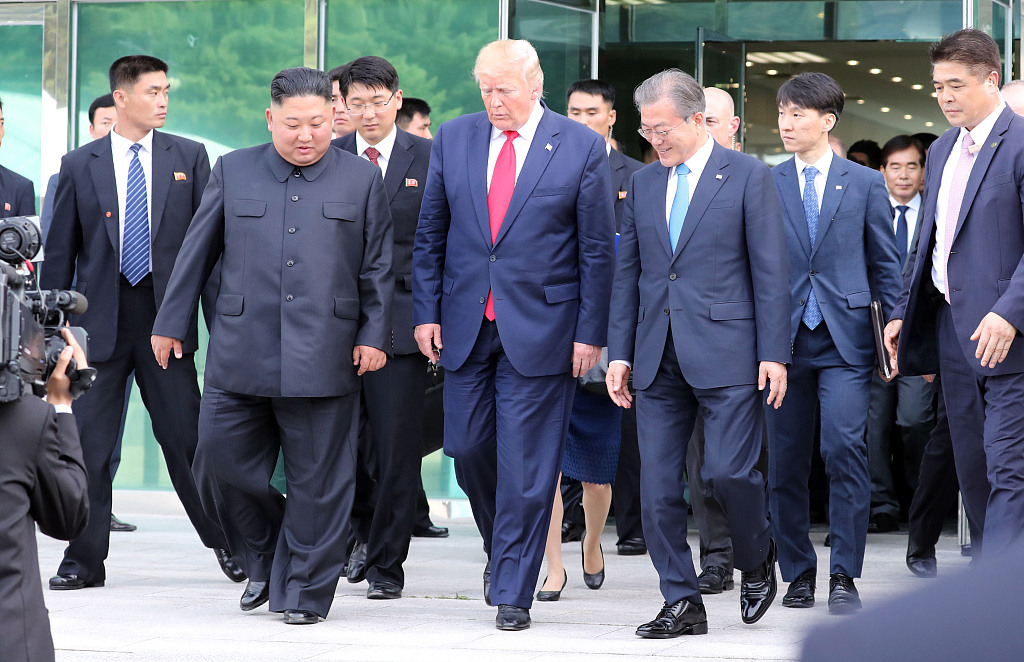 From the early days of his election campaign, the President has sought to box alliances into the dictum of "America First" under the principle that any hosting of U.S. troops in their country must fundamentally benefit Washington above all other things. On these grounds, the early Trump threatened to withdraw such troops altogether and effectively cancel associated alliances.

Although neoconservative influences acting on Trump's policy have annulled his non-interventionist leanings, nevertheless this "transactional" framework has continued to influence his dealings with other countries, particularly in the light of asserting American interests in a highly unilateral way.

This has been especially the case for the Republic of Korea, which has bared not only repeated attacks on its free trade agreement with the United States with Trump demanding better terms, but also through his insistence that Seoul must "pay more"- for the enormous U.S. troop presence that it has held since the Cold War era.

The traffic of demands from Washington has been very much in one direction, often being threatening if necessary. When Moon Jae-in requested sanctions relief into to pursue segments of his peace agreement with Pyongyang, such as inter-Korean projects, his calls have been dismissed by the United States again and again.

Instead, the U.S. has threatened Seoul into the following suit accordingly. Reportedly, the U.S. state department phoned big banks and businesses in the country and threatened them with measures if they crossed the line of American sanctions in any way.

Next, the administration has sought to force Seoul to take a harder line against China, albeit unsuccessfully. Several months ago, the U.S. ambassador to South Korea Harry Harris demanded that Seoul ban Huawei from participating in its 5G internet network, with the Korean company LG plus having signed a private contract to involve them. 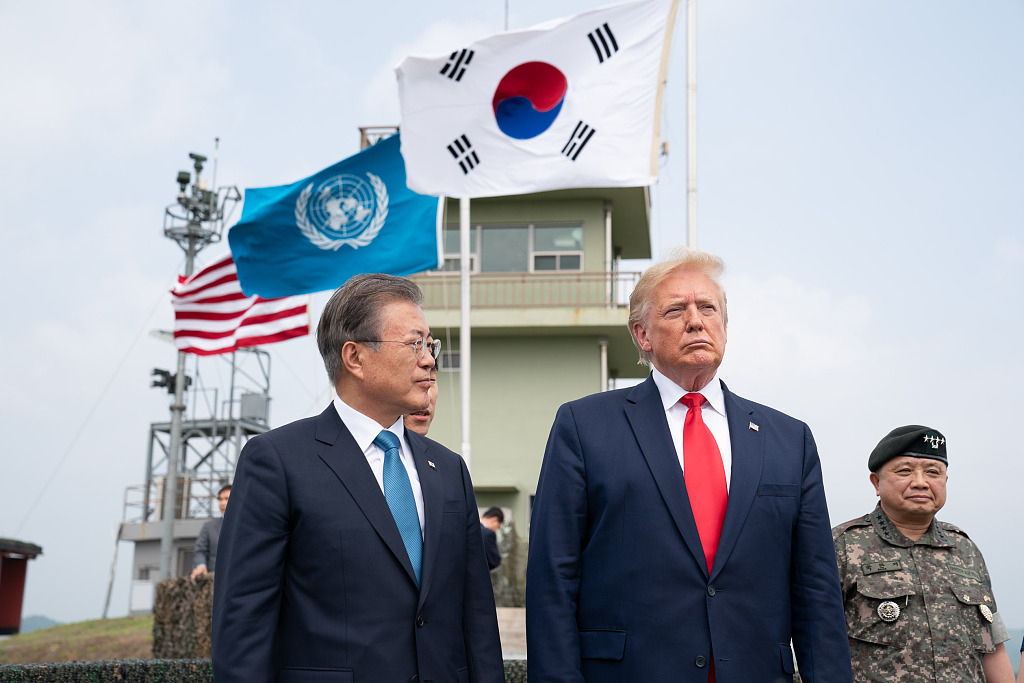 Although the ROK did not comply and told Washington to "respect private sector autonomy," he made a public threat of cutting intelligence sharing if the demands were not met.

Now, there is a fear that Seoul may be arm-twisted into hosting intermediate ranged; ground-based nuclear missiles on behalf of the U.S. following its withdrawal from the INF treaty, which appears to be implicitly aimed at China. Although the Blue House has already reportedly ruled this out, this is an administration that does not appear to have any regard for its national interests or sovereignty.

Thus, it may not take "no" for an answer without pursuing several consequences. The latest demands on military costs are just an explicit example as to how the President sees and treats the Republic of Korea: not as a partner or an equal, but a means to an end in bullying and extorting on behalf of American interests.

Given this, as Seoul is already wrestling with Japan in an escalating economic dispute (one which Washington has also shown no interest in resolving), it might be time for Korea to question just how useful these so-called "ironclad" ties with the U.S. are proving to be.

If anything, given Kim Jong Un is testing missiles again because of America's refusal to offer flexible negotiating terms (and thus blocking inter-Korean agreements to Pyongyang's anger), as well as insistence on military exercises, the Trump administration is proving to be nothing but a disruptive and unbeneficial actor on the Korean peninsula.