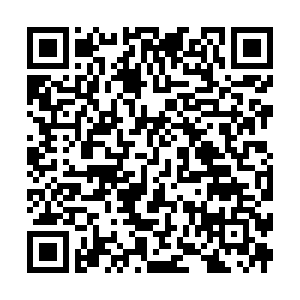 Schools, businesses and communication networks remain shuttered as the lockdown in the India-administered Kashmir enters its fourth day under heavy military presence, prompting increasing concern among Kashmiris abroad about their family back home.

Internet and phone services in the region have been shut off since Sunday evening, and several media reports suggest that movement to and from Kashmir has also become difficult as security patrols and checkpoints limit movement.

An expert on Kashmir, from the India-administrated region, told CGTN that she has not spoken to her parents since Sunday.

"I am anguished and seriously fear for the safety of more than 12 million people, not just my parents," said Inshah Malik, assistant professor at Kardan University in Kabul, Afghanistan.

The region has been on lockdown since Monday after New Delhi announced its decision to scrap the special constitutional status that allowed the Indian state of Jammu and Kashmir a certain amount of autonomy, including the freedom to make laws, its own constitution, and a separate flag.

India deployed thousands of additional troops to the region and put leaders under house arrest before making the announcement.

Kashmiris abroad, and in other parts of India, said they could not get through to their families. 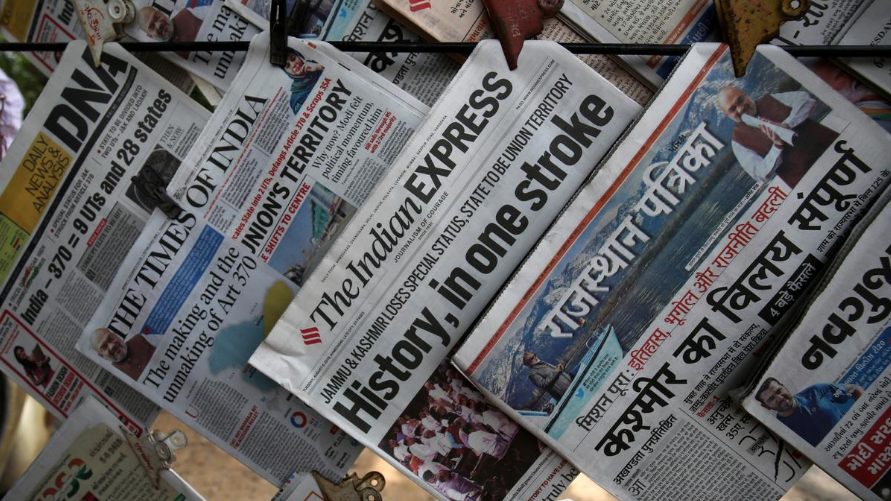 Emergency services personnel also face challenges. Officials with emergency services, such as hospitals and the fire department, said their workers were frequently stopped at checkpoints and were sometimes not allowed through, a Reuters report said.

Police and local administration officials have received satellite phones, according to a police officer, who said several hundred more have access to restricted military network.

However, Srinagar's fire officials fear people might not be able to reach them in emergencies, the report said.

The Indian government on Monday rushed through a presidential decree repealing Article 370 of the constitution that gave a measure of autonomy to India-administered Kashmir.

The parliament approved the bill, which divides the state of Jammu and Kashmir into two territories directly governed by the center, on Tuesday.

Reuters said witnesses reported small demonstrations against the move, which the government has defended, saying it was necessary to abolish Article 370 to put the state on the same footing as the rest of the country.

India's Union Home Minister Amit Shah said an amendment to Article 370 was needed in the face of the poor healthcare, poverty, lack of doctors and slow economic growth in Jammu and Kashmir.

Critics of Modi’s government and the Bharatiya Janata Party (BJP) have accused it of changing the constitution to shift Jammu and Kashmir’s demographics, another Reuters report said. Currently, the majority of the population in the area is Muslim; critics claim the shift gives the BJP's Hindu nationalist base the right to own property in Kashmir, something they long demanded.

"The current move is not simply about the removal of 'special status.' It is illegal annexation of a territory by overriding the legislative assembly and larger will of people and holding them down under a siege," said Inshah Malik.

Huma Bashir Dar, a California-based expert on national politics in South Asia, said she is "shocked and aghast at India's annexation of Jammu and Kashmir," an act she described as "explicit and violent colonialism."

Dar, who has relatives and friends on both sides of the "line of control" (LOC), the military line between the Indian and Pakistani controlled parts of Jammu and Kashmir, said the current clampdown on communication was "inexcusable."

Despite criticism and opposition from different segments of the society, the BJP has garnered support from rivals like the Aam Aadmi Party (AAP) which controls Delhi. 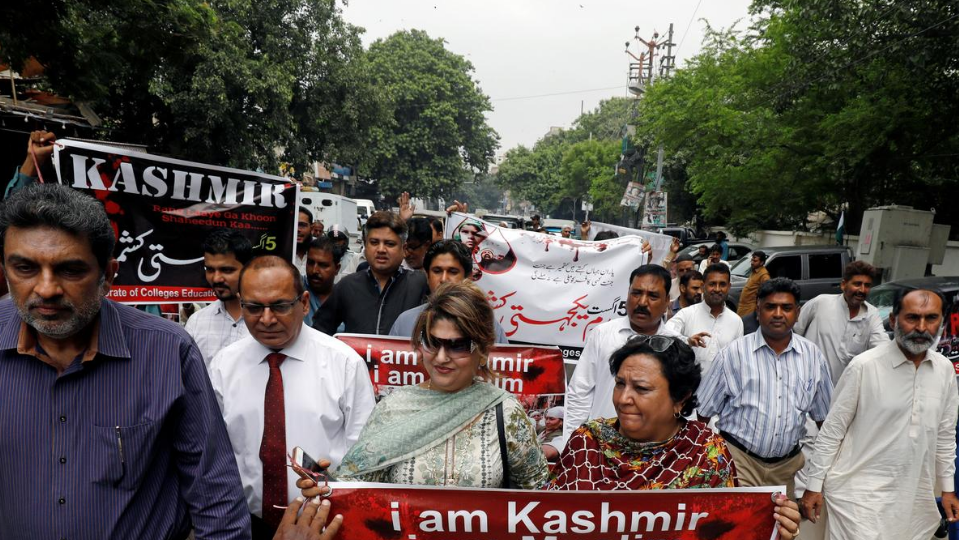 Demonstrators hold signs and chant slogans as they march in solidarity with the people of Kashmir, during a rally in Karachi, Pakistan August 5, 2019. /Reuters Photo

Demonstrators hold signs and chant slogans as they march in solidarity with the people of Kashmir, during a rally in Karachi, Pakistan August 5, 2019. /Reuters Photo

Pakistan, which administers a part of Kashmir, said on Wednesday it would expel the Indian ambassador to Pakistan and suspend bilateral trade.

Kashmir has been a bone of contention between the arch-rivals who have fought two of their three wars over Kashmir since they gained independence from Britain in 1947. Both the countries claim Kashmir in its entirety but control only a part of it. They two sides engaged in a series of aerial attacks in February.

India claims that Pakistan trains and arms Islamist militants to fight its rule in Kashmir. But Islamabad denies the allegation, saying it only gives moral and diplomatic support to the Kashmiri people in their struggle for self-determination.

The Indian-administered part has been in the grips of violence for three decades, a struggle that has left tens of thousands dead.

CGTN could not independently confirm any of the claims made by the Kashmiris living abroad due to the communication lock off.