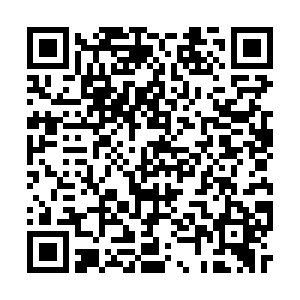 Many people might not associate land use with climate change, but it's a major contributor to global warming. That's why, when it comes to reducing greenhouse gas emissions, government should give land management the same attention given to industrial and vehicular emissions, the Intergovernmental Panel on Climate Change (IPCC) advised on Thursday.

"Keeping global warming to well below 2 degrees Celsius can be achieved only by reducing greenhouse gas emissions from all sectors including land and food," read the IPCC report on Climate Change and Land Use, which was released in Geneva.

Land use activities like agriculture are responsible for emitting nearly a quarter of global emissions. Increasing population and consumption are putting pressure on agricultural land to produce more, affecting soil fertility, which leads to land degradation, as well as soil's ability to absorb carbon.

In the last 68 years, per capita consumption of vegetable oils and meat has more than doubled while caloric intake per capita increased by about a third. This is having an impact on the environment.

Current consumption patterns are not uniform, with nearly two billion adults either overweight or obese and an estimated 821 million people still undernourished.

"The choices we make about sustainable land management can help reduce and in some cases reverse these adverse impacts," said Kiyoto Tanabe, co-chair of the Task Force on National Greenhouse Gas Inventories.

Furthermore, about one-third of the food produced globally is either lost or wasted. Controlling this wastefulness would reduce not only greenhouse gas emissions but also improve food security, scientists suggested.

"We will see different effects in different countries, but there will be more drastic impacts on low-income countries in Africa, Asia, Latin America and the Caribbean," he added.

Climate change is affecting all four pillars of food security: availability (yield and production), access (prices and ability to obtain food), utilization (nutrition and cooking), and stability (disruptions to availability), the report added.

In a bid to meet the commitments made during Paris Climate Change Agreement in 2015 to control the global temperature rise within 2 degrees Celsius, governments had invited the IPCC to prepare a comprehensive report on land use's links to climate change. Around 107 scientists from 52 countries took about two years to prepare the document.

"This is the first time in IPCC report history that a majority of authors – 53 percent – are from developing countries," said IPCC chief Hoesung Lee.

The report findings will have a significant impact on the upcoming Global Climate Change Summit (COP25) in Chile in December, the Climate Action Summit in New York, and the United Nations Convention on Combating Desertification (UNCCD) conference in New Delhi next month.