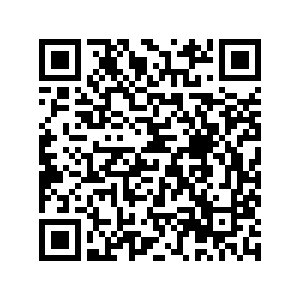 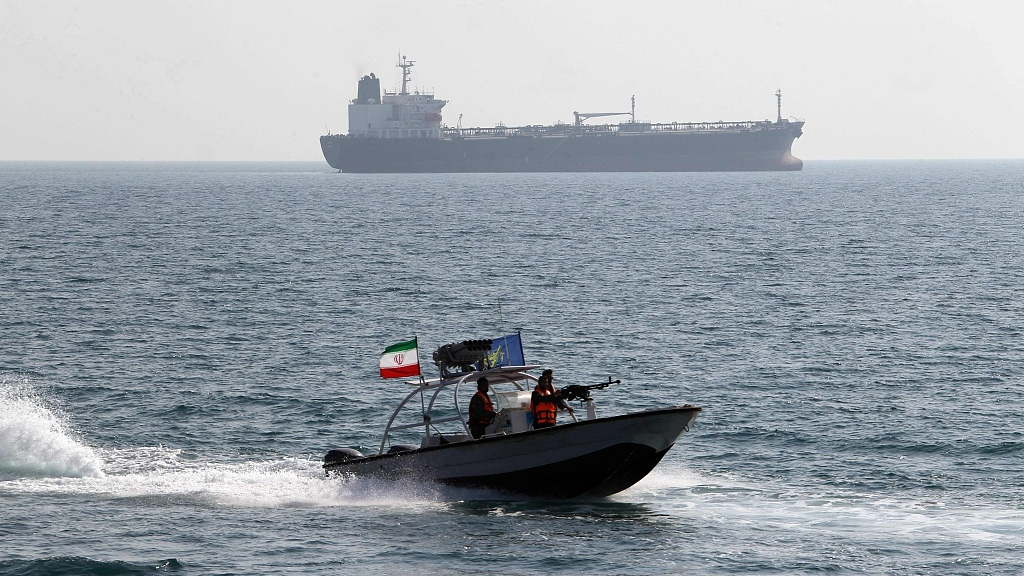 French politician and diplomat Charles-Maurice de Talleyrand once said, "A diplomat who says 'yes' means 'maybe,' a diplomat who says 'maybe' means 'no,' and a diplomat who says 'no' is no diplomat." When it comes to diplomacy with Iran, despite calls for talks, the United States has always shown up with a gun in one hand and a stick in the other and ask which one Tehran would prefer. To put it mildly, when the political class in Washington calls for talks with Tehran, what they really mean is total capitulation. They don't take 'no' or 'maybe' for an answer.

This has baffled top Iranian diplomats like Foreign Minister Mohammad Javad Zarif. He is complaining that Washington is not interested in diplomacy, given that he was just sanctioned by Washington. It is important to understand the real reasons behind Washington's self-indulgent and increasingly confrontational posture in recent weeks. 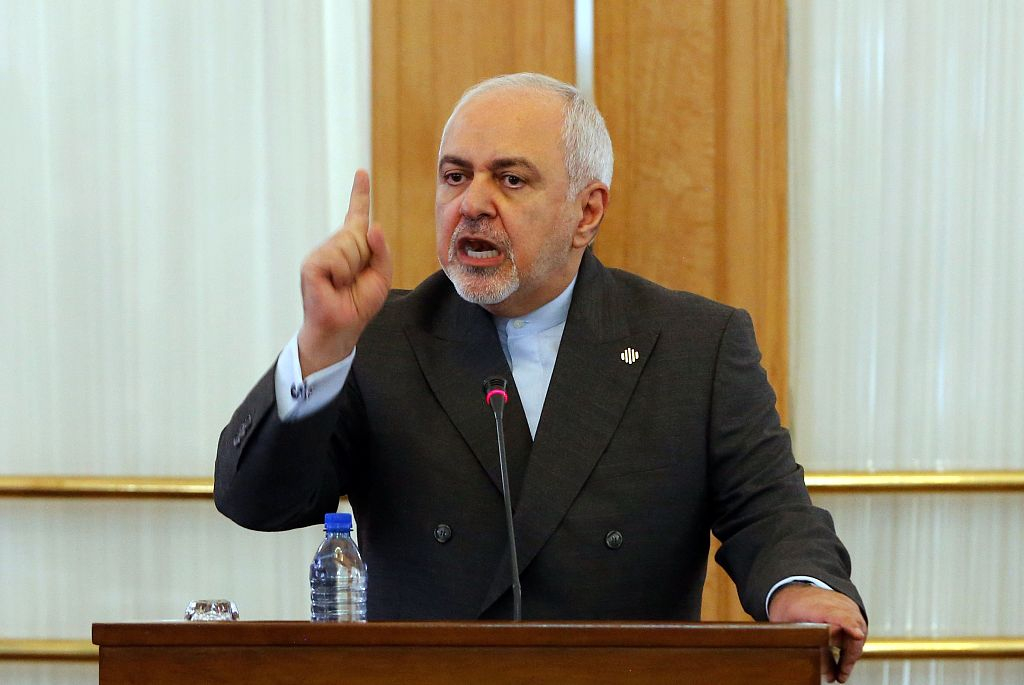 Iranian Minister Mohammad Javad Zarif says that U.S. is acting alone and it has no allies to join it in the Gulf during a press conference in Tehran, Iran, August 5, 2019. /VCG Photo

Iranian Minister Mohammad Javad Zarif says that U.S. is acting alone and it has no allies to join it in the Gulf during a press conference in Tehran, Iran, August 5, 2019. /VCG Photo

Iran's original sin is that it's not on the same page with Washington. It stands in the way of Washington's regional ambition - the so-called Greater Middle East Map - and all those over-priced weapons systems that President Donald Trump wants to sell.

Iran is the crucial link in the formation of a new Eurasian energy security grid. Washington tries to stop that from happening by restricting and keeping Iran out of any transnational oil and gas pipeline projects. The emerging economies in the region have had it with Trump's one-man foreign policy and trade wars. Their concerns about global recession and growing energy demand are the reasons why they support de-escalation and refuse to join Washington's "maximum pressure" campaign against Tehran.

The Middle Eastern countries are no longer willing to pay the price for America's bloody, dirty wars that have no clarity of purpose and no legality. They know, and their international partners know, that things will get uglier this year unless the Trump administration abandons its anti-Iran policy and interventionist military platform. Even the International Court of Justice has criticized the U.S. government over its re-imposition of sanctions on Iran, ordering Washington to lift sanctions linked to humanitarian trade, food, medicine, and civil aviation.

Many U.S. allies seem to have little stomach for Washington's economic war with Iran. Countries like Saudi Arabia and the United Arab Emirates have reservations and concerns. They are working hard in just about every way imaginable to normalize ties with Tehran. In all honesty, they understand that Trump’s phony war with Iran is only designed "to milk" them and make big military sales. 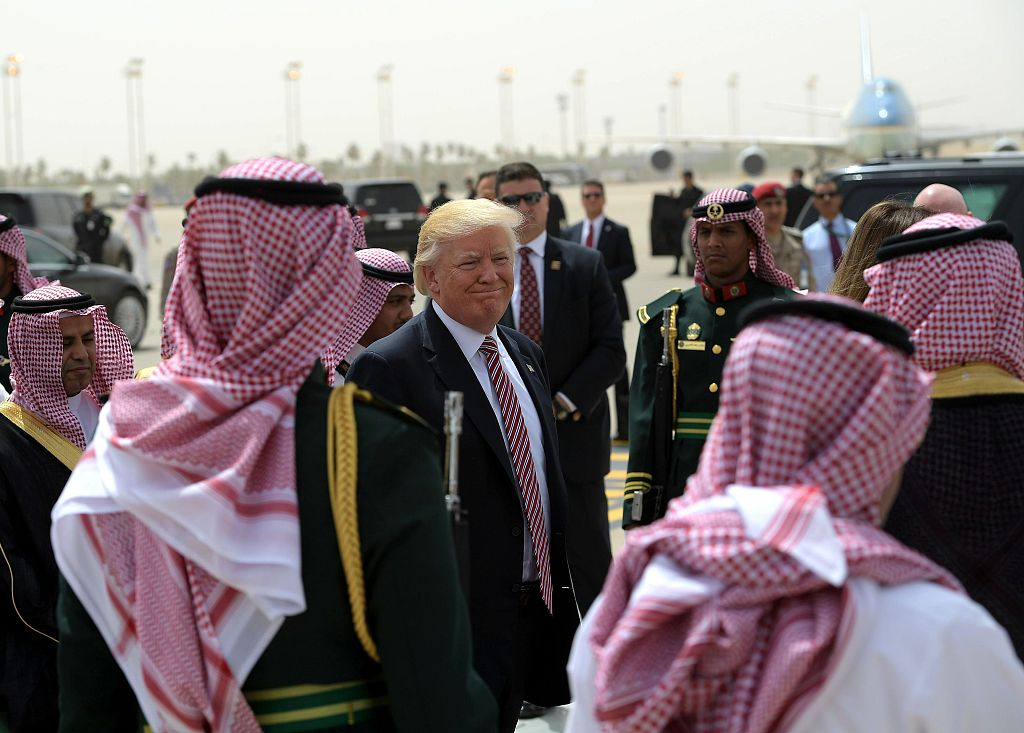 U.S. President Donald Trump has been quite supportive of Saudi Arabia since he took office. The picture shows him boarding Air Force One in Riyadh, Saudi Arabia, May 22, 2017. /VCG Photo

U.S. President Donald Trump has been quite supportive of Saudi Arabia since he took office. The picture shows him boarding Air Force One in Riyadh, Saudi Arabia, May 22, 2017. /VCG Photo

Of course, Trump hasn't been sitting on his hands. He has urged allies to join his phony naval coalition. The problem is, regional countries with so much economic and security concerns are unwilling to sign up. The stubborn truth is that if there's a need to uphold freedom of navigation in the region, that support has to come from regional countries. Many regional countries and their international partners in Europe remain committed to working with Iran for a détente. Like so much else, it's the safest bet to de-escalate the situation. And they don't want to be drawn into a disastrous war, and then fight the blowbacks and life-and-death situations on behalf of America.

Because of America's unilateralism and isolationist approach towards Iran, Iran has found this new sway in Europe. And just like Iran, Russia and China, EU wants to save the nuclear deal the U.S. cancelled.  EU also wants to help Iran see the economic and financial benefits of the international agreement ratified by the United Nations Security Council.

To see the world as it truly, the United States is now paying a heavy price for "watching" Iran. It has become isolated as a result of its "maximum pressure" campaign. The multilateralism denier has no choice but to change course. This may also prove especially true when it comes to ending its massive military occupation and armed nation-building in the region with all those for-profit mercenary warriors and expensive weaponry sales.