Trump visits shooting victims as protesters shout 'Do something!'
CGTN 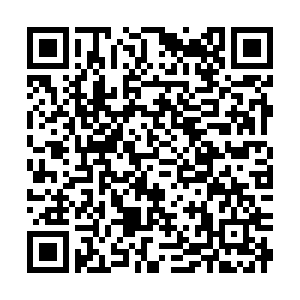 U.S. President Donald Trump met victims and first responders from last weekend’s deadly shootings in Texas and Ohio on Wednesday, while chanting protesters accused him of inflaming tensions with anti-immigrant and racially-charged rhetoric.

In El Paso, on the border with Mexico, Trump visited the University Medical Center where wounded victims were treated after a man, who is believed to have posted an anti-immigrant manifesto online, killed 22 people at a Walmart store on Saturday.

Hundreds of protesters, some holding signs reading “Trump is racist,” “Love over hate” and “Send him back!” gathered under a broiling sun at a nearby park to condemn Trump and his presence in El Paso. 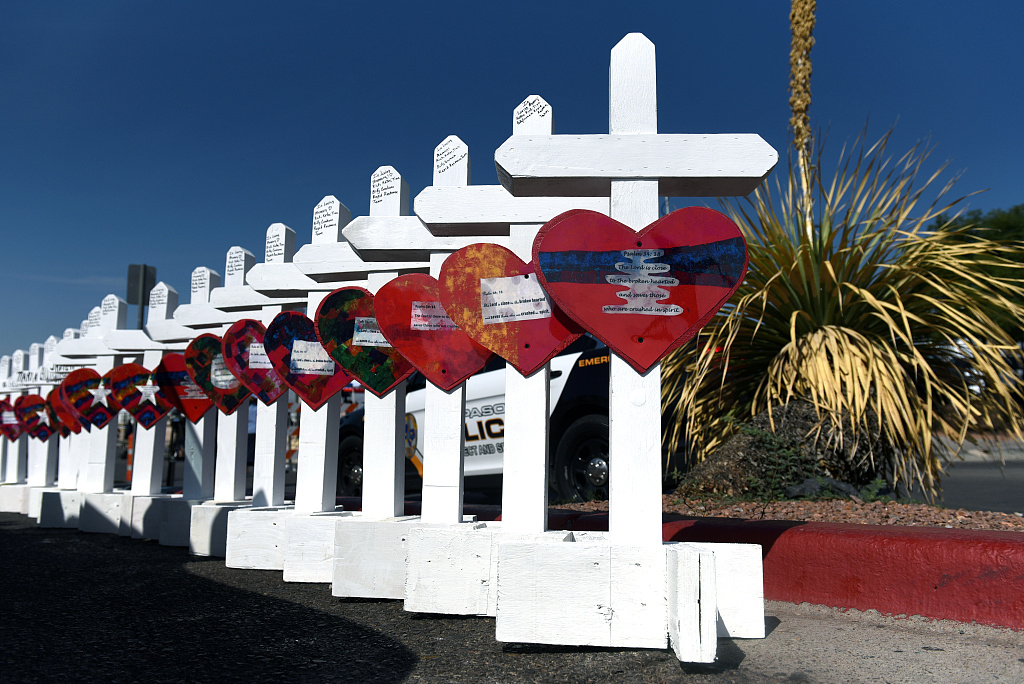 Memorial crosses for the victims of mass shooting at a Walmart store in El Paso, Texas, U.S., August 5, 2019. /VCG Photo

Memorial crosses for the victims of mass shooting at a Walmart store in El Paso, Texas, U.S., August 5, 2019. /VCG Photo

During a visit earlier in the day to Dayton, Ohio that was mostly out of public view, Trump met shooting victims at Miami Valley Hospital where the wounded were treated after nine people and the suspect were killed in a rampage early on Sunday. It was the second of two mass shootings 13 hours apart that shocked the country.

Crowds of protesters outside the hospital and in downtown Dayton chanted “Do something!” and held signs reading, “Hate not welcome here,” and “Stop this terror.”

White House spokeswoman Stephanie Grisham said the president and first lady Melania Trump met several victims in their hospital rooms and others who had been discharged in Ohio, and thanked the medical staff for their work.

“It was a warm and wonderful visit,” Trump said on Twitter. “Tremendous enthusiasm & even love.”

The back-to-back massacres have reopened the national debate over gun safety.

As he left the White House, Trump said he wanted to strengthen background checks for gun purchases and make sure mentally-ill people did not carry guns. He hopes for congressional support for those two measures but not for banning assault rifles.

“I can tell you that there is no political appetite for that at this moment,” Trump told reporters at the White House. “But I will certainly bring that up... There is a great appetite, and I mean a very strong appetite, for background checks.”