Will Mexico's National Guard make a difference?
The Heat 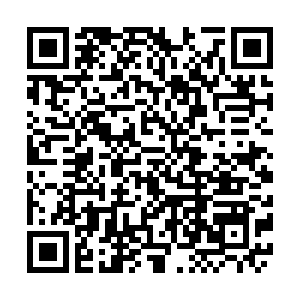 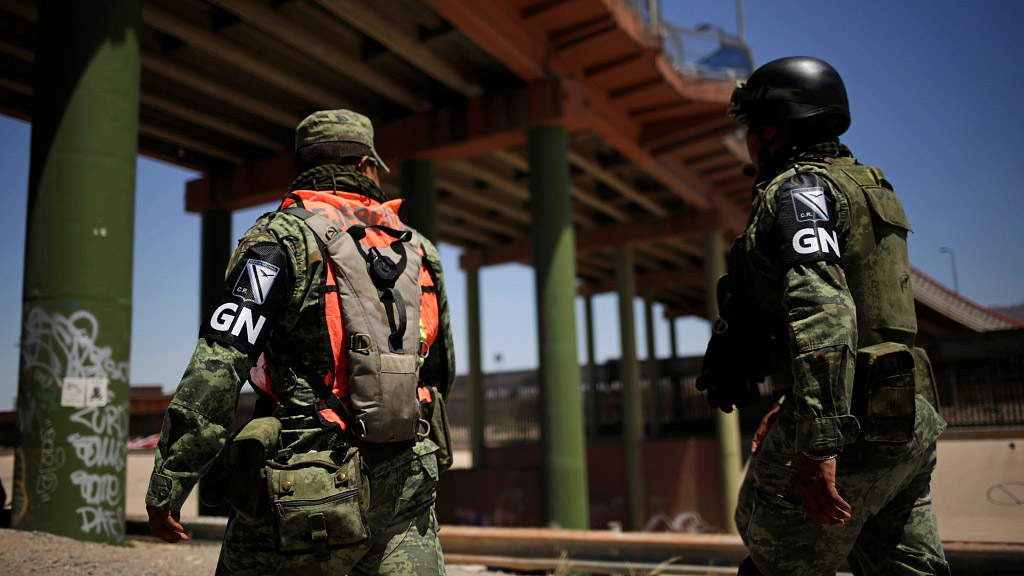 Mexico's murder rate is at a record high, with more than 17,000 homicides in the first six months of 2019. According to government numbers, some 94 people are murdered every day. Mexican President Andres Manuel Lopez Obrador is vowing to reduce the violence across the country with the creation of a unified security police force under the National Guard.

Eduardo Arcos, an associate analyst for the Americas with Control Risks, said there are various factors that are causing the violence in Mexico. First of all, it is a domino effect that has been happening in Mexico over the past decade, following the launch of the so-called war against drugs during the presidential administration of Felipe Calderón, which led to a fragmentation of organized crime in the country.

"You used to have four or five large criminal organizations, now you have dozens of criminal organizations which can often be more violent and less predictable in nature," said Arcos. "Therefore, the security forces have become quite incapable of dealing with this war on multiple fronts."

Arcos believes this has been the main driver of homicides and deadly violence in Mexico over the past years. 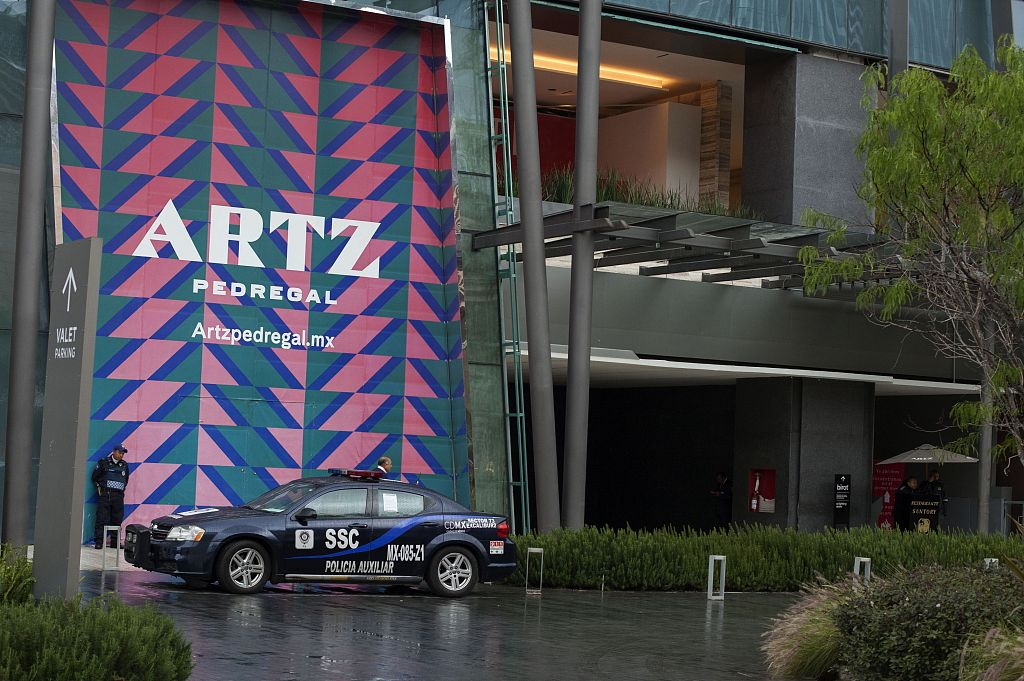 Rafael Bernal, a staff writer with the U.S. political newspaper The Hill, said regarding the deployment of National Guard, the historical precedent for President Obrador is not good.

One thing that could favor the National Guard is that it can interact with the citizenry on a daily basis in a way that the army couldn't. However, there are things that don't favor the National Guard. One important thing is there is no overarching strategy. The federal police was created two governments ago and there is no change within the rank of the police force with regards to the corruption at the municipal level, which many say is the biggest problem within Mexican justice and security.

Laura Carlsen, the director of the Americas Program at the Center for International Policy, said when it comes to public safety, the enemies seem to be the members of the community. They are people that police forces are not trying to annihilate but rather trying to bring to justice.

"This is not what the military does," said Carlsen. "That's not the way they're trained. There should be a functioning judicial system to back them up in order to make arrests and policing in the streets work. They still don't see that happening because of the high degree in corruption and impunity."

Carlsen would have hoped to see a stronger and clearer indication that the government will go against corrupt officials who are working with organized crime. She also believes that there needs to be social programs that promise new opportunities for youth so that there would be less fertile ground for recruiting into organized crime. 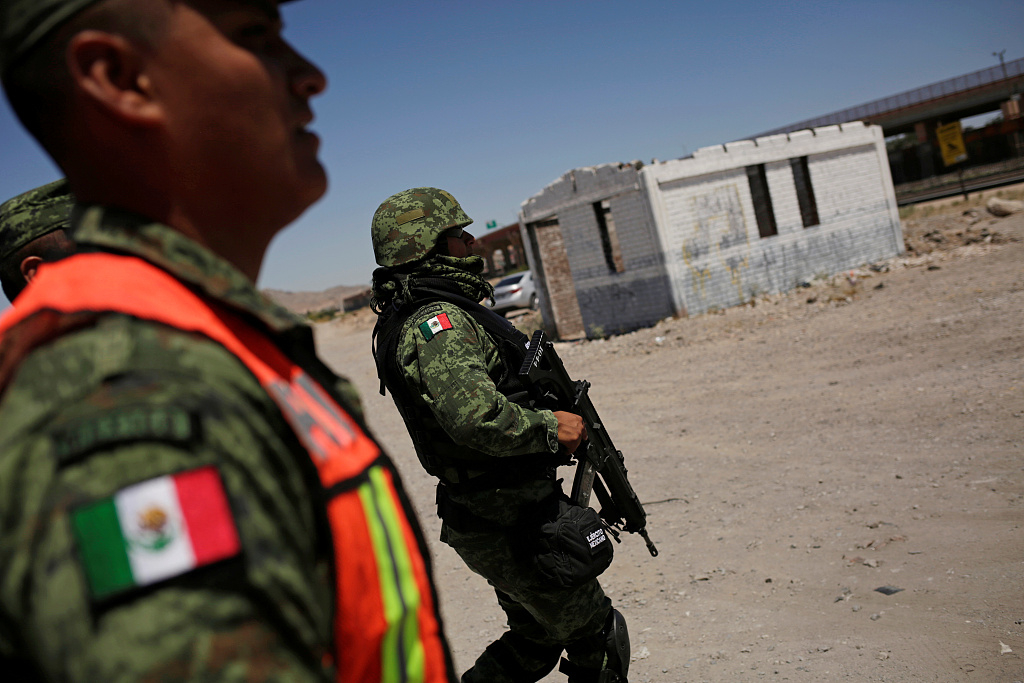 Members of Mexico's National Guard patrol the border between Mexico and the U.S. as part of an ongoing operation to prevent migrants from crossing illegally into the United States in Ciudad Juarez, Mexico, June 24, 2019. /VCG Photo

Members of Mexico's National Guard patrol the border between Mexico and the U.S. as part of an ongoing operation to prevent migrants from crossing illegally into the United States in Ciudad Juarez, Mexico, June 24, 2019. /VCG Photo

Paulina Chavez Alonzo, a political commentator and former spokesperson for the Embassy of Mexico in the United States, thinks President Obrador's strategy as a very shallow initiative. According to Alonzo, there hasn't been any profound changes in the violence issue.

"It's only an element of what should be a whole and very comprehensive strategy and we haven't heard much about that," she said. "What people are seeing is the redistribution of the forces instead of more meaningful approach such as investing, training, and building the capabilities of the National Police and security forces."

Alonzo thinks that corruption and impunity also have to be considered when trying to tackle violence and bring down crime rates.

Alonzo said one of the things that trouble her most is the immense power that Obrador has. According to Alonzo, President Obrador would be able to bring people together and make a big coalition to put in place deeper changes in structural reforms to make a lasting impact. However, he is not doing that. He is rushing through it because he really feels like he needs to deliver quickly and he is avoiding the trouble of having to come up with a good diagnosis and to build some strong initiatives.

"He is not allowing experts voices to join his team. Legislators and congressmen are doing whatever he wants them to do," said Alonzo.