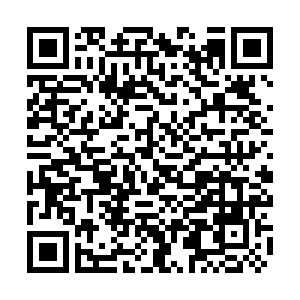 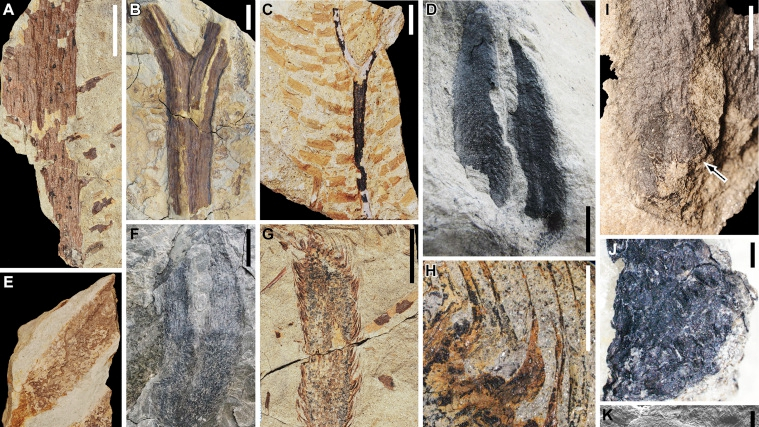 The study published on Thursday in the journal Current Biology reported the largest example of a patch of forest grew in the Devonian Period, some 419 million to 359 million years ago.

It was made up of 250,000 square meters of fossilized lycopsid trees near Xinhang Town in east China's Anhui Province. 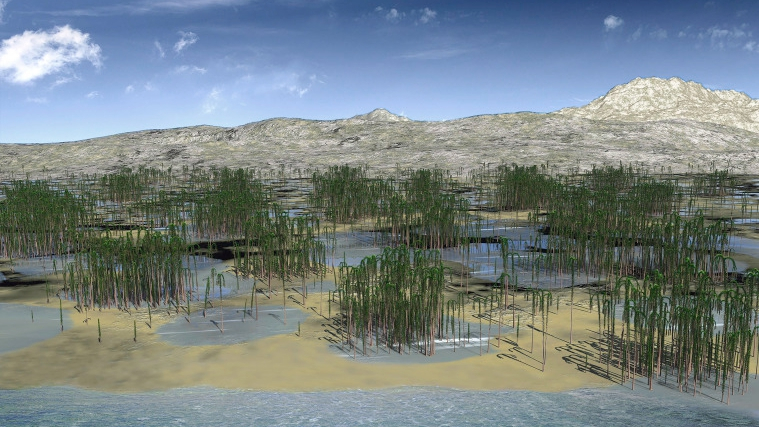 The lycopsids in the fossilized forest resembled palm trees, and grew in a coastal environment prone to flooding. They were normally less than 3.2 meters tall, but the tallest one was estimated at 7.7 meters, according to the study.

Giant lycopsids would later thrive in a period that followed the Devonian and became much of the coal that is mined today. The Xinhang forest in Anhui showed the early root systems, which made their height possible in the Carboniferous Period (359 million to 299 million years ago), according to the study.

The forest also contributes to our understanding of atmospheric carbon dioxide decline and coastal consolidation at that time.

"The large density as well as the small size of the trees could make Xinhang forest very similar to a sugarcane field, although the plants in Xinhang forest are distributed in patches," said the paper's lead author Wang Deming, a professor in the School of Earth and Space Sciences at Peking University.

"It might also be that the Xinhang lycopsid forest was much like the mangroves along the coast, since they occur in a similar environment and play comparable ecologic roles," said Wang.

Two other Devonian fossil forests have been found in the United States and in Norway.