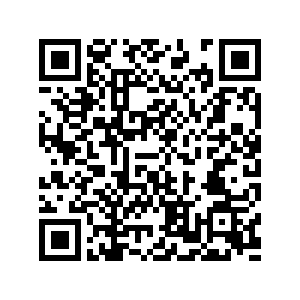 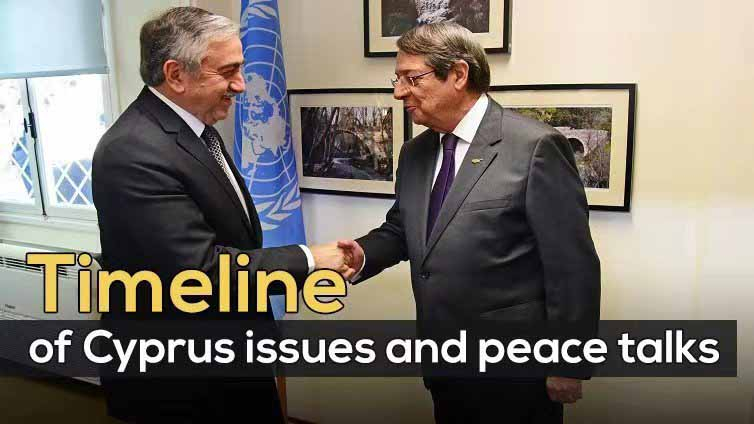 Cyprus President Nicos Anastasiades and Turkish Cypriot leader Mustafa Akinci are due to meet on Friday in a bid to relaunch stalled peace talks of the divided island.

After decades of failed efforts, can the two sides finally come to an agreement on a future state, drilling rights and the continued presence of military troops?

Cyprus, an island of about one million people in the eastern Mediterranean, has been divided since 1974, when Turkey carried out a military invasion in response to a coup d'etat backed by the Greek government.

A United Nations Buffer Zone – also known as the Green Line – still bisects the island, with Greek Cypriots governing the southwestern half and Turkish Cypriots administering the northeastern part.

The Greek Cypriot side, known as the Republic of Cyprus, is a member of the European Union and recognized internationally.

The northeastern side declared independence in 1983 as the Turkish Republic of Northern Cyprus (TRNC) but has only been recognized by Ankara and is still considered occupied territory. 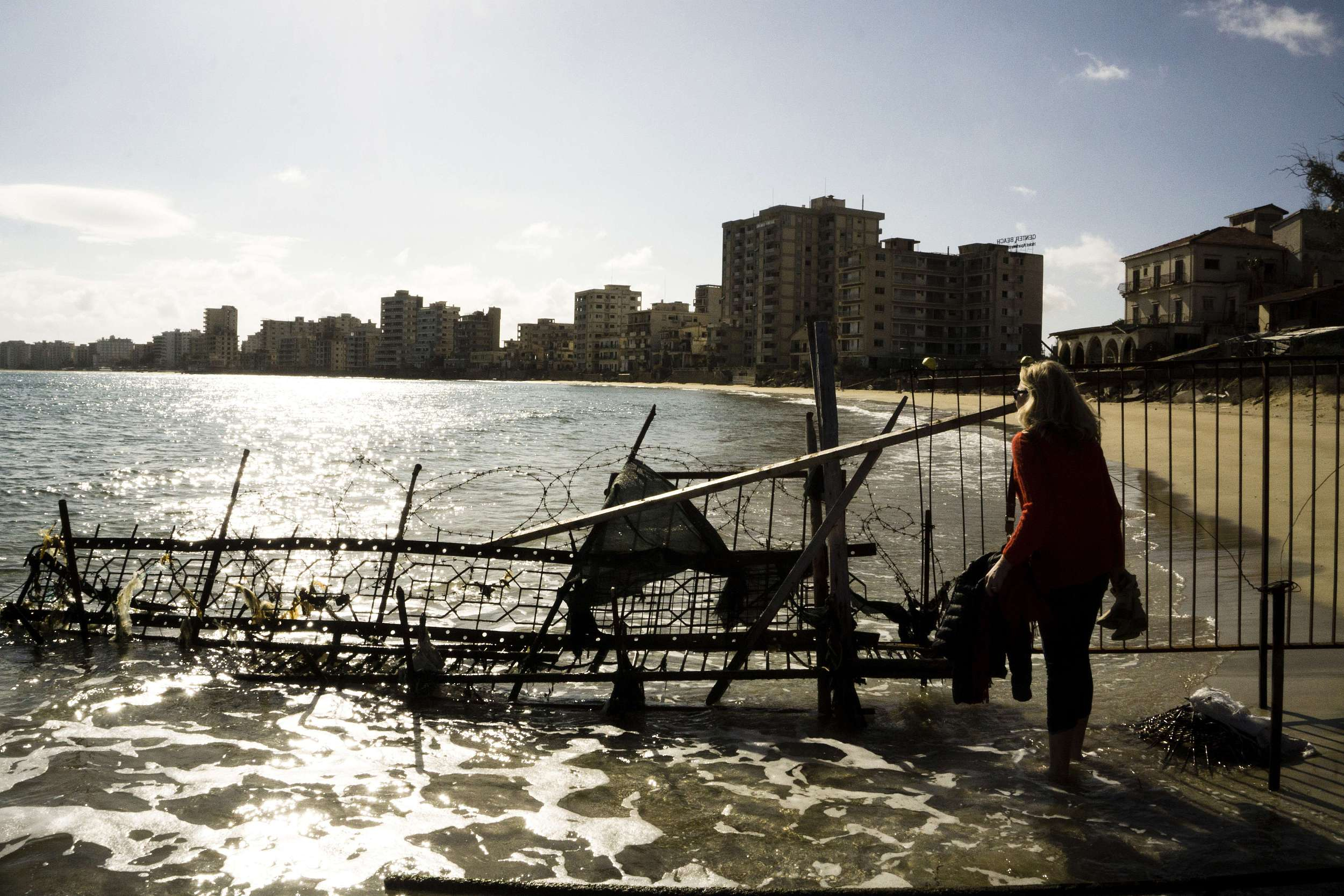 Repeated international efforts to bring the two sides together and find a solution have so far failed.

The most recent effort in 2015-2017 also involved Anastasiades and Akinci, as well as guarantor powers Greece, Turkey and former colonial ruler the UK, and culminated in a summit in the Swiss resort of Crans-Montana. But it too resulted in no deal.

Friday's meeting will seek to establish a basis for resuming peace talks after a two-year hiatus.

The issues needing to be resolved are many. First and foremost is the decision of whether to unify the island or establish two separate states.

The UN has called for "a bicommunal, bizonal federation with political equality."

One sticking point however is how much say the Turkish side should have in a unified state. Turkish Cypriots say they want to weigh in on federal decisions. The Greek side on the other hand would prefer to hand them more power at local or regional level. 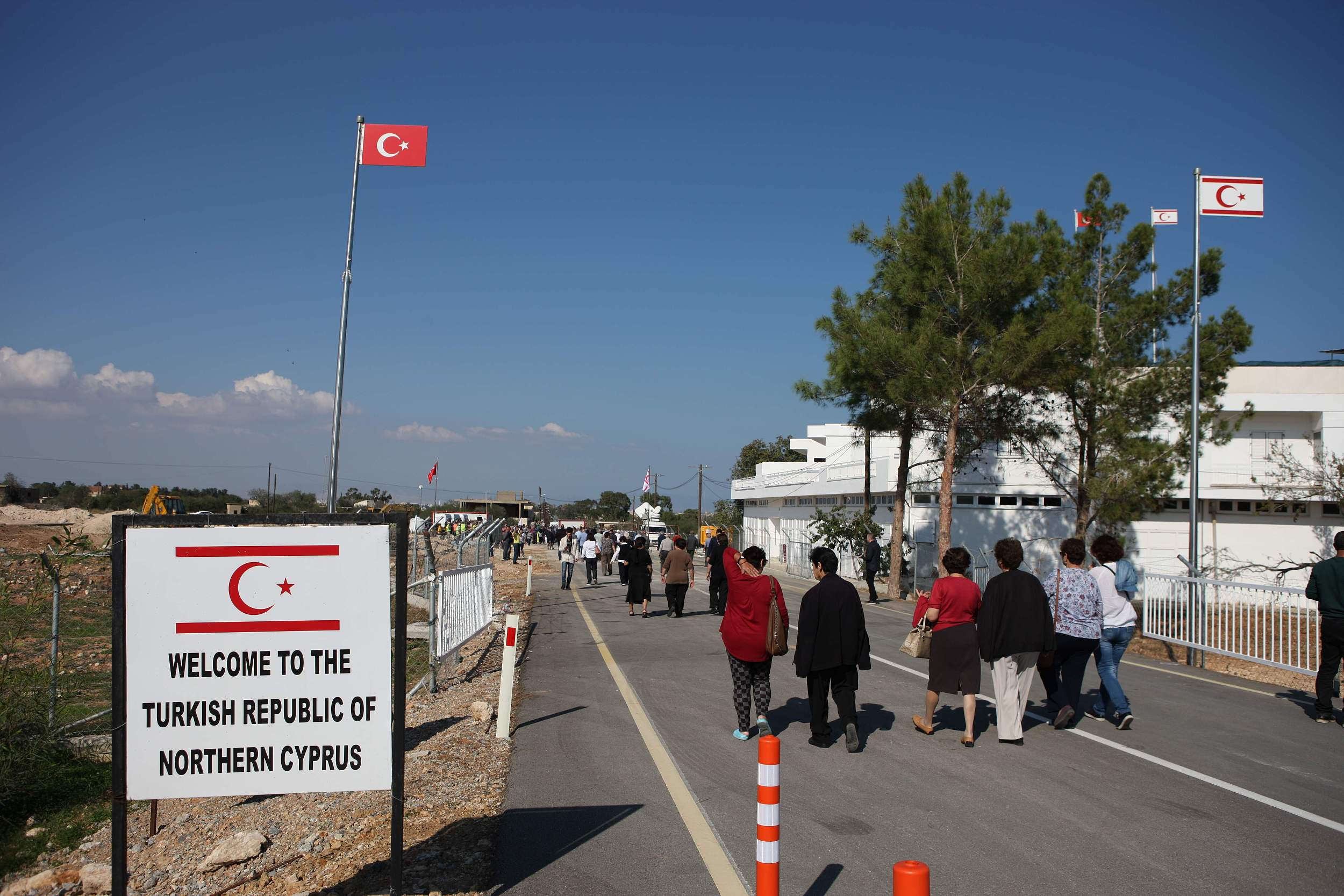 People cross the newly-opened Dherynia crossing, near the eastern village of Dherynia, separating the Republic of Cyprus and the self-proclaimed Turkish Republic of Northern Cyprus (TRNC), November 12, 2018. /VCG Photo

People cross the newly-opened Dherynia crossing, near the eastern village of Dherynia, separating the Republic of Cyprus and the self-proclaimed Turkish Republic of Northern Cyprus (TRNC), November 12, 2018. /VCG Photo

Turkey also wants to keep troops on the island as part of any deal, but it has come up against sharp opposition from Greek Cypriot leaders and Greek Prime Minister Kyriakos Mitsotakis, who on a visit to Cyprus last month said reunification would be "inconceivable" without the departure of Turkish troops.

The issue of displaced Turkish Cypriots and Greek Cypriots – seeking a right of return to the other side of the Green Line – and that of Varosha, an abandoned seaside resort that the Turkish Cypriot government reportedly wants to reopen against UN wishes, continue to excite passions on both sides.

But probably the biggest issue is that of natural oil and gas reserves off the coast of Cyprus.

The European Union slapped sanctions on Turkey last month after it began drilling in the area. Brussels said the drilling in Cyprus's exclusive economic zone was "illegal," but Ankara insists the reserves are within the TRNC's and its own territorial waters.

"No sanction threats will make Turkey and Turkish Cypriots back down from their righteous cause," Turkish Cypriot Energy and Economy Minister Hasan Tacoy said in comments reported Sunday by the Ahval news website. 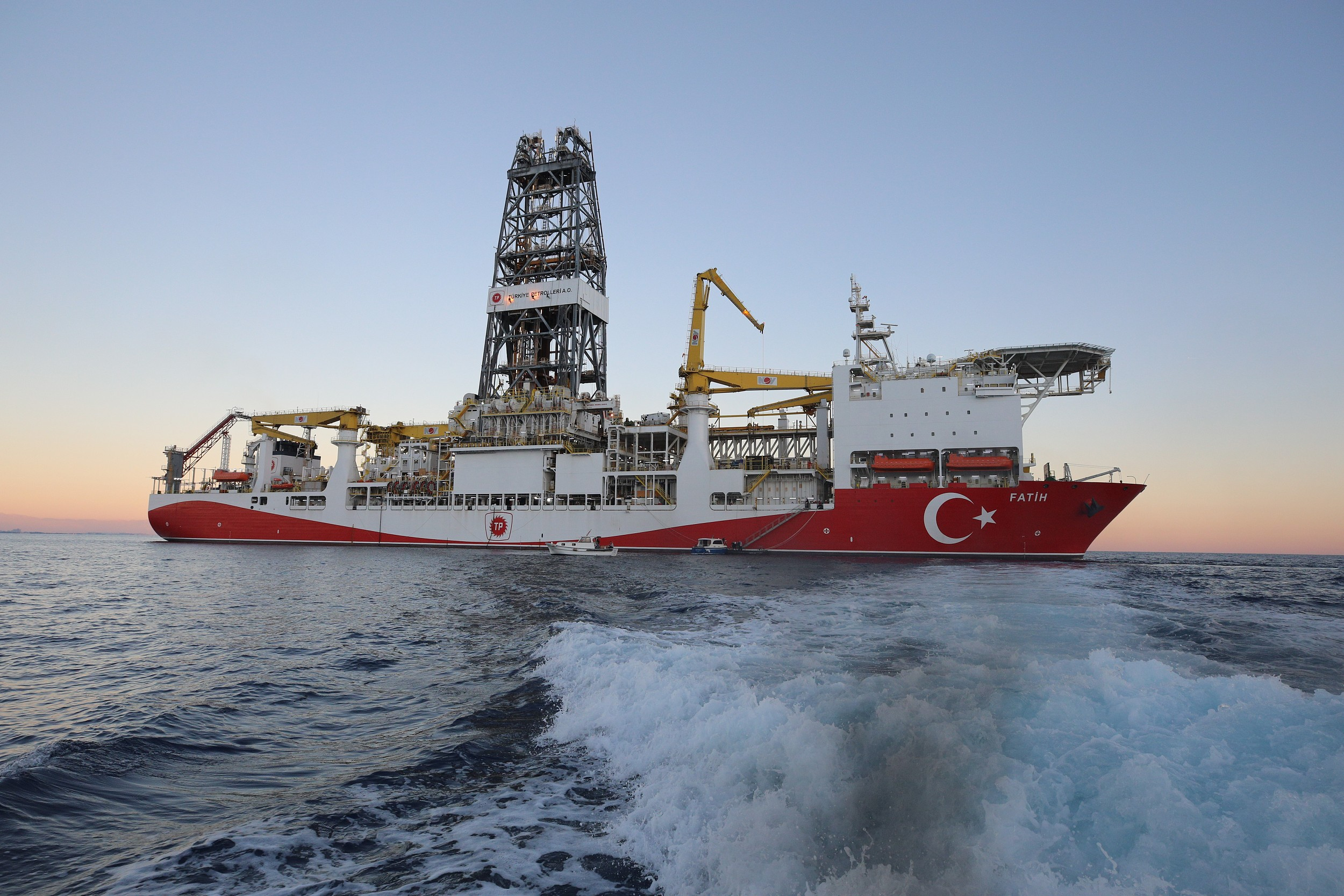 The Turkish drilling vessel Fatih, one of the ships operating in the waters off Cyprus, is pictured off the shore of Antalya, Turkey, October 30, 2018. /VCG Photo

The Turkish drilling vessel Fatih, one of the ships operating in the waters off Cyprus, is pictured off the shore of Antalya, Turkey, October 30, 2018. /VCG Photo

Turkey is now planning to send an additional vessel by the end of the month to assist two drill ships already operating off the island, Reuters reported this week.

Ankara has also called for Cyprus's offshore gas revenues to be shared with the TRNC.

Ahead of Friday's meeting, the Greek Cypriot side remained tight-lipped about what it hoped to achieve.

Anastasiades was aiming for a "creative" meeting with Akinci that might kickstart peace talks again, government spokesman Prodromos Prodromou said on Monday.

Akinci said his side was going in "with an open agenda" and was hoping to draw up a roadmap for new five-party talks, but hinted Cyprus may be running out of time to hammer out a deal, the daily Cyprus Mail reported.

This seemed to match the feeling among Greek Cypriot party leaders: After a meeting with Anastasiades on Monday, "no one was optimistic over the talks," Cyprus Mail noted.