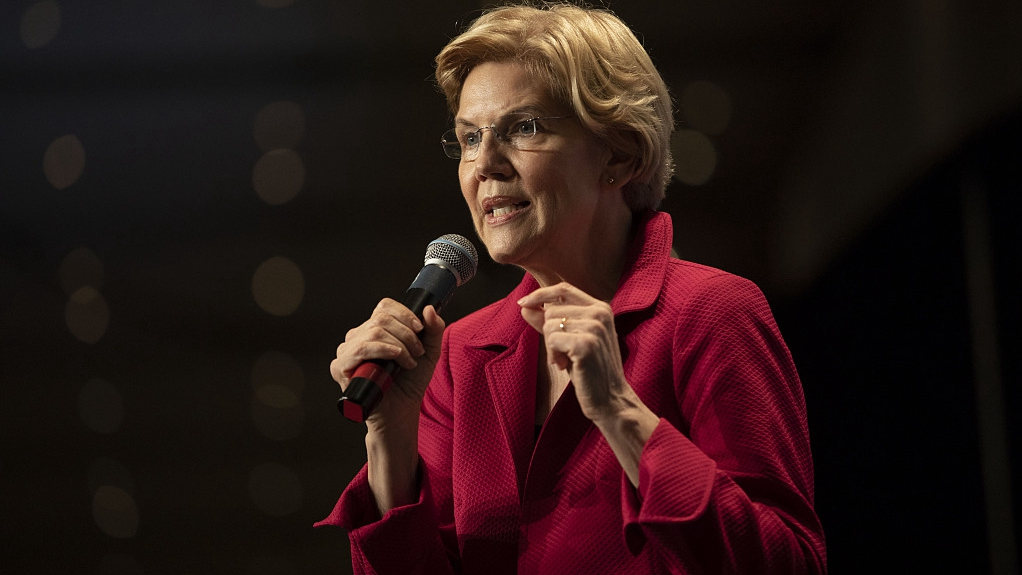 Editor's note: Dani Rodrik is a professor of International Political Economy at the John F. Kennedy School of Government, Harvard University. He is the author of Straight Talk on Trade: Ideas for a Sane World Economy. The article reflects the author's opinions, and not necessarily the views of CGTN.

U.S. Senator Elizabeth Warren’s new trade plan solidifies her credentials as the Democratic presidential candidate with the best policy ideas. United States trade policy has long been shaped by corporate and financial interests, enriching those groups while contributing to the erosion of middle-class earnings and undermining many local communities. Warren's plan represents a radical reimagining of trade policy in the interests of society at large.

As Warren points out, we live in a world where import tariffs are for the most part already quite low. Trade negotiators today spend most of their time arguing not about import taxes and other barriers at the border, but about behind-the-border regulations such as intellectual property rules, technical standards, industrial policies, and the like. Contemporary trade agreements seek "deep integration" rather than "shallow integration," to use a distinction coined by my Harvard colleague Robert Lawrence.

Deep integration can foster greater levels of international trade and investment, but it is also more intrusive on domestic social bargains. It places constraints on countries' tax and regulatory policies, and on their ability to uphold their own social and labor standards. Unsurprisingly, multinational companies, Big Pharma, and financial firms have sought access to foreign markets at the expense of the needs of labor and the middle class. 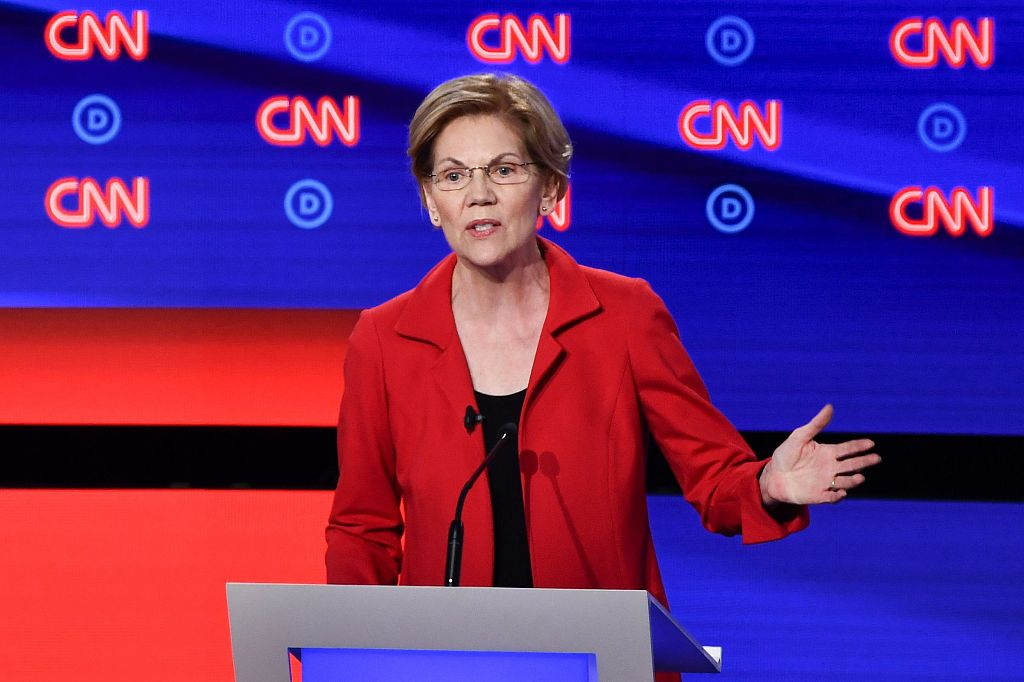 Democratic presidential hopeful U.S. Senator from Massachusetts Elizabeth Warren participates in the first round of the second Democratic primary debate of the 2020 presidential campaign season hosted by CNN at the Fox Theatre in Detroit, Michigan, July 30, 2019. /VCG Photo

Democratic presidential hopeful U.S. Senator from Massachusetts Elizabeth Warren participates in the first round of the second Democratic primary debate of the 2020 presidential campaign season hosted by CNN at the Fox Theatre in Detroit, Michigan, July 30, 2019. /VCG Photo

A key plank of Warren's plan is to establish prerequisites before deep-integration agreements can be signed. Any country with which the U.S. negotiates a trade agreement must recognize and enforce internationally recognized labor and human rights. It must be a signatory to the Paris climate agreement and to international conventions against corruption and tax evasion. Warren recognizes the "shameful" fact that the U.S. itself falls short of some of these standards, particularly with respect to labor and the environment. And her plan would commit the U.S. to fixing these shortcomings.

This approach is vastly superior to the current practice of assuming that trade partners will raise their standards once a trade agreement is signed. In reality, side agreements on labor and the environment have proved quite ineffective. The only way to ensure that such issues are treated on a par with questions of market access is to restrict trade agreements to countries that are already committed to high standards.

Warren aims to remove or weaken some of the most harmful elements in trade agreements. She rightly proposes to eliminate investor-state dispute settlement – the controversial practice of allowing foreign corporations to sue governments. She seeks to limit the scope of monopoly rights in intellectual property, pledging never to push another country to extend exclusivity periods for prescription drugs.

Moreover, Warren would dramatically increase the transparency of trade negotiations. Currently, draft agreements are kept secret until presented for a vote by Congress. Under her proposal, drafts would be open to public scrutiny and comment. Secrecy, combined with the requirement of an up-or-down legislative vote, may have facilitated trade liberalization – on the shallow integration model – in the past. But since the 1990s, it has served to empower corporate lobbies and produced unbalanced deals.

Warren is also ready to impose a "border carbon adjustment" to ensure domestic companies that pay the full social cost of carbon dioxide emissions are not at a disadvantage relative to foreign companies that do not. Furthermore, trade agreements would be evaluated not only according to their national effects, but also according to their regional consequences. Warren would ask for congressional approval only after regional, labor, consumer, and rural advisory committees all give their approval. 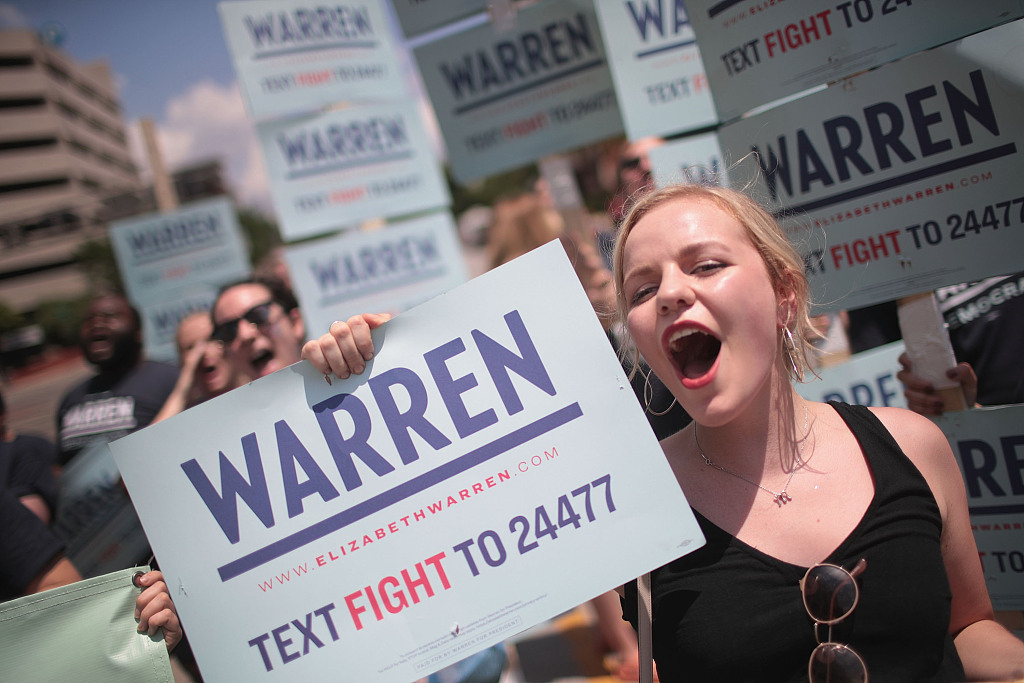 Some have criticized these requirements for being so stringent that they would rule out any new trade agreement. This is a possible outcome, but not an altogether bad one. The U.S. can remain an open economy that takes advantage of world markets without having to sign bad trade agreements crafted along the deep-integration model. Ill-designed agreements such as NAFTA have backfired: They have eroded the legitimacy of trade and fueled a protectionist backlash.

Another criticism is that Warren focuses on the U.S. and has little to say about the multilateral trade regime and how to reform it. As a presidential candidate, it is perhaps natural that Warren adopts the U.S. perspective. But it is noteworthy that her only mention of multilateralism is spot on. She promises to secure a multilateral agreement that will shield subsidies for green products and technologies from possible challenge under world trade rules. Given the urgency of combating climate change, and the extent to which trade rules have neglected it, this is exactly the right priority for the multilateral trade regime.

A third criticism has been that Warren's trade policies are as protectionist as Trump's. But this is disingenuous. Trump's trade policies have been a smokescreen for a regressive domestic economic-policy agenda. Warren's trade proposals aim to support an extensive agenda of progressive economic reform at home and to ensure that trade deals do not undercut it through the back door.

Ultimately, the political and economic future of the U.S. will be determined less by its trade policies than by its domestic policies of inclusion and structural transformation. It is telling that Warren's trade plans have come relatively late in the game, following on the heels of a long series of proposals aiming to reform the way that American capitalism works, from competition rules and industrial policy to financial regulation and labor-market institutions.

Trade policy is largely an adjunct to this agenda. Warren's plan is not inherently protectionist. But if it occasionally requires some degree of trade protection – to shield labor, local communities, the tax regime, or environmental rules – it would be because there is a domestic program worth protecting.