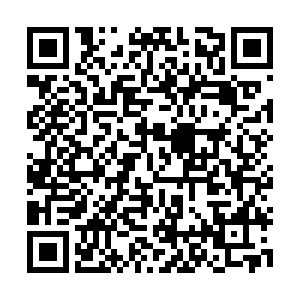 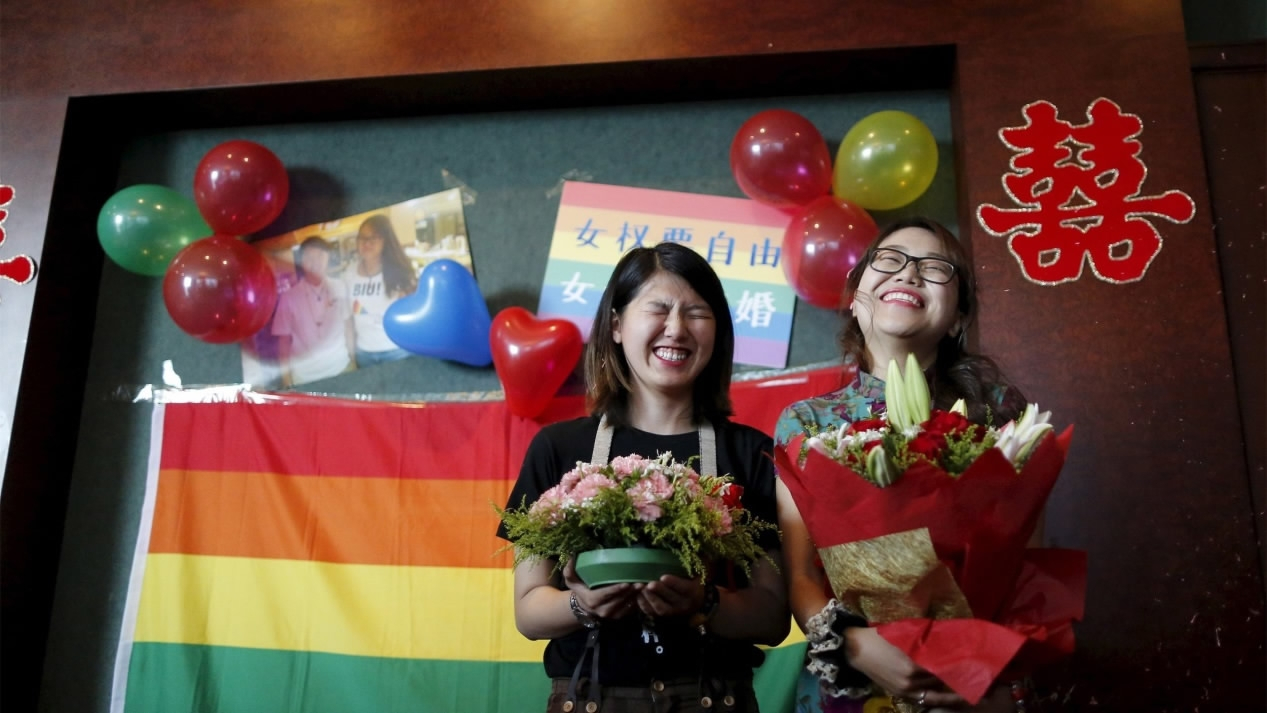 The 25-year-old women's rights activist Li Tingting (L) is holding a wedding ceremony with her partner Teresa in Beijing. /Photo: CGTN Screenshot from a 2018 episode of 'Closer to China with R. L. Kuhn: LGBT in China‘

The 25-year-old women's rights activist Li Tingting (L) is holding a wedding ceremony with her partner Teresa in Beijing. /Photo: CGTN Screenshot from a 2018 episode of 'Closer to China with R. L. Kuhn: LGBT in China‘

On Thursday, the Beijing-based Guoxin Notary Office issued the first legalization of the voluntary guardianship agreement between a same-sex couple in China’s capital, Beijing News reported on their website. “Our parents are getting old, future personal pension and medical problems, and especially the issue of signing for medical treatments have become the biggest problems and obstacles in front of us,” the couple told Beijing News, explaining why they became each other’s guardians.

An increasing number of LGBT (lesbian, gay, bisexual, and transgender) couples in China are opting for voluntary guardianship, with notary offices across the country promoting the option introduced by the new Civil Law in 2017. In a country where same-sex marriage is not recognized, becoming each other’s guardian establishes a legal relation between two people who feel responsible for each other.

Nanjing Notary Office in east China's Jiangsu Province was one of the first to administer voluntary guardianship as early as late 2017 for queer couples and has handled more than 20 cases so far, the office wrote in an article shared on its public WeChat account. Notary offices in Changsha, central Hunan Province being the first, Xiangyang in central Hubei Province, east China’s Shanghai and southern city of Guangzhou soon followed, Li Chenyang, a notary at the Shanghai Putuo Notary Office, told CGTN via email.

Peng Yanzi met the love of his life during a volunteering workshop. They both shared a passion for social work and were both engaged in not-for-profit organizations. They are both men, and they fell in love in Chengdu, often called the "jewel of southwest China" and "gay capital of China" in the LGBT community.

Peng now owns an apartment in Guangzhou, south China's Guangdong Province, where he lives with his partner. After passing the seven-year itch of their relationship and entering their eighth (eight being an auspicious number in China), they decided to take their commitment a step further. The couple set up a voluntary guardianship arrangement with each other.

"If anything happens to one of us, we know our basic rights are protected," Peng told CGTN over the phone. "I rest assured now."

Peng, who is the director at LGBT Rights Advocacy China, raises awareness about legal guardianship and other legal solutions to issues of the LGBT community in China.

Chinas' new "General Rules of the Civil Law of the People's Republic of China" came into force in October 2017. In Article 33, it introduced, for the first time, voluntary guardianship:

"An adult with full capacity for civil conduct may, in prior consultation with his/her close relatives, or other individuals or organisations who are willing to act as his/her guardian, determine his/her guardian in writing. The agreed guardian shall perform the guardianship duties when such adult loses or partially loses his/her capacity for civil conduct."

In case one partner in the relationship loses the ability to make crucial decisions, for example, after a severe mental or physical illness or accident, his or her guardian has to decide for them in their best interest. This pertains to decisions about medical and personal care, property management, maintenance of rights and interests, and death and funeral. Their legal relationship can also include wealth and inheritance, or pension, depending on which additional legal documents they decide to sign, such as a will.

Li recommends his LGBT clients who have been together for seven to eight years and have reached the age of thirty to handle the decision about whether signing a guardianship agreement could be beneficial. Yu Liying, a Beijing-based lawyer who consults members of the LGBT community, recommends queer couples who have long-term plans for their future together to consider the voluntary guardianship arrangement.

The voluntary guardianship system is not only used by the LBGT community, but it also strengthens the rights of the elderly and people with disabilities, Yu, who is the director of a law center who focuses on equal rights of minority groups told CGTN via text messages. "I believe that this system will be understood and used by more and more people," Yi said.

An ‘important step’ toward more equality

Peng found that filing for voluntary guardianship makes some LGBT couples increase their commitment toward each other and make the relationship feel more official. However, it does not have the same extensive rights and obligations of a marriage, which, for example, includes the duty of the husband and wife to maintain each other financially, or the right to inherit each other's property.

China’s Taiwan legalized same-sex marriage in May 2019, while it is not recognized in the Chinese mainland yet. Peng thinks that marriage should be allowed for everyone, while he also believes that “same-sex marriage will increase public acceptance of LGBT members in society.” However, critics say such a law could not find enough public support at the moment in China, while the voluntary guardianship agreement is more inclusive, as it protects the rights of different minority groups.

Some falsely consider voluntary guardianship a "marriage certificate or contract for gays," Li said. "It does not specifically apply for the LGBT community, but it does have a practical effect on groups that feel a legal need to marry but are unable to. It establishes a legal bond between people who are not related by blood, respecting the right to self-determination," Li specified.

In China, same-sex relations are not banned by law, and there is a growing awareness of issues related to the LGBT community in society. At the same time, discrimination against members of the group remains a social problem, as there are no specific protective laws and regulations for LGBT members in China, Yu said, citing school bullying and employment discrimination.

Peng believes that the new legal protection offered by voluntary guardianship is an "important, positive first step" towards more equality for queer people.