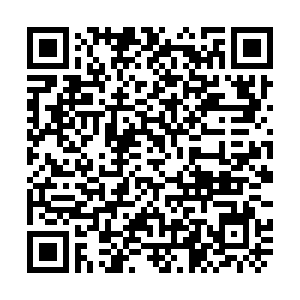 Leading environmental organizations have urged governments to ensure effective implementation of the Intergovernmental Panel on Climate Change (IPCC) special report on climate change and land use.

The Special Report on Climate Change and Land presented by IPCC in Geneva, Switzerland on Thursday, suggests better land management and a global shift in food consumption, to reduce harmful emissions responsible for global warming. Activities like agriculture release nearly a third of greenhouse gases.

“We have known for over 25 years that poor land use and management are major drivers of climate change, but have never mustered the political will to act,” said Ibrahim Thiaw, executive secretary, United Nations Convention to Combat Desertification (UNCCD).

The United Nations Frame Work for Climate Change (UNFCC) estimates that in order to meet the Paris Climate Change agreement, emission should be reduced by nearly 45 percent by 2030, to restrict global temperature rise within 2 degrees Celsius.

But the emissions from land use activities including agriculture and forestry are continuously rising. Growing population and changing diet pattern with high consumption of meat, has put a lot of pressure on land use, affecting the soil fertility.

“Land degradation jeopardizes our ability to feed the world, threatens the survival of over a million species, destroys ecosystems and drives resource-related conflicts that demand costly international interventions,” Thiaw warned.

The IPCC report warned that climate change is affecting all four pillars of food security: availability (yield and production), access (prices and ability to obtain food), utilization (nutrition and cooking), and stability (disruptions to availability).

According to Priyadarshi Shukla, co-chair of IPCC Working Group III, the effects of climate change on land use would vary from country to country, but there will be more drastic impacts on low-income countries in Africa, Asia, Latin America and the Caribbean

Under such circumstances, “delayed action will increase the risk of climate change impacts on food security. Those most at risk are the world’s poorest,” said Dr. Stephen Cornelius, chief advisor on climate change and IPCC lead for WWF.

Changes in consumption patterns have contributed to about two billion adults now being overweight or obese. An estimated 821 million people are still undernourished. Moreover, nearly 30 percent of food, mostly in developed nations, is either lost or wasted every year.

“It is crazy that malnourishment is a problem even for over-consumers in rich countries, often through lack of fruit and vegetables and overconsumption of meat, while people in poor countries continue to suffer from a lack of available food,” said Dr. Katherine Kramer, Christian Aid’s Global Climate Lead,

“Today’s report is a clarion call for the need for us to manage land better for people, nature and the climate,” Kramer added.