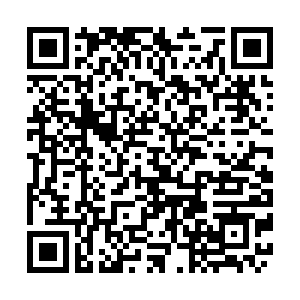 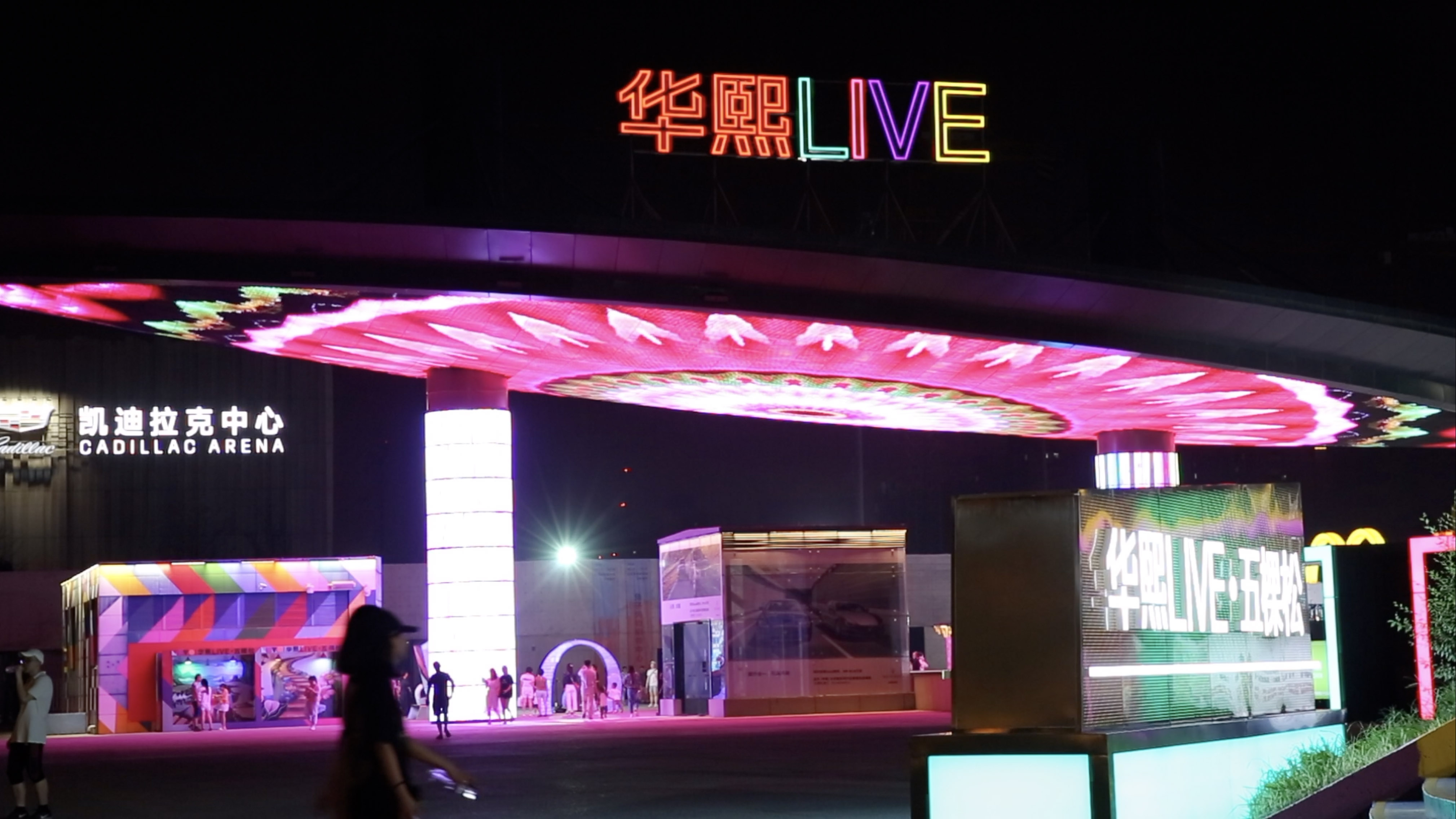 The latest government measures to boost the night economy support an increasingly inclusive and diverse face of nightlife in China, driven by startups and established businesses alike.

Going out in China has never been as easy as this summer. Subway lines announced prolonging their operating times, museums and zoos have extended their opening hours into the night, and more and more restaurants are going 24/7. 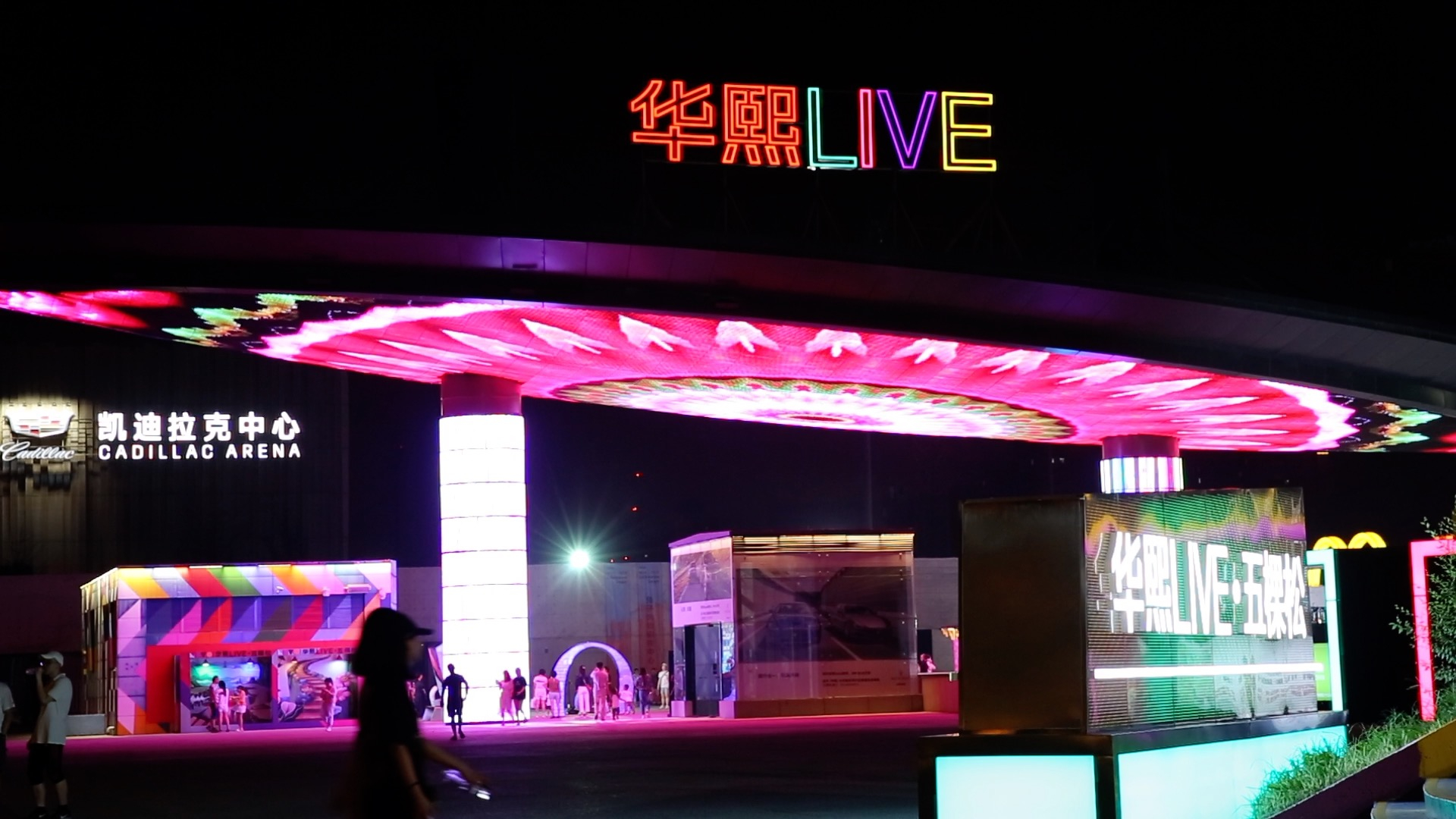 Huaxi Live Wukesong is a cultural and commercial area in Beijing's westside that developed around the former Olympic basketball arena and is now drawing night owls from around town. /Photos: CGTN's Lu Chang

Huaxi Live Wukesong is a cultural and commercial area in Beijing's westside that developed around the former Olympic basketball arena and is now drawing night owls from around town. /Photos: CGTN's Lu Chang

Nighttime consumption on the rise in China

Citing data from delivery app Meituan, the news site people.cn shows that in 2018, the business volume of nighttime catering increased by 47 percent compared with the previous year, two percentage points higher than that in the daytime. "Consumers who book tickets on the platform to visit the theme parks at night doubled this summer and the page views of related products rose by nearly 40 percent," people.cn reported.

Behind China's recent rise in nighttime consumption lies a substantial and long-lasting societal development. Nightlife activities have made a public image shift from marginal to mainstream, offering a more diverse food, culture and entertainment program, to cover the interests of the young, urban but also for families and the elderly. 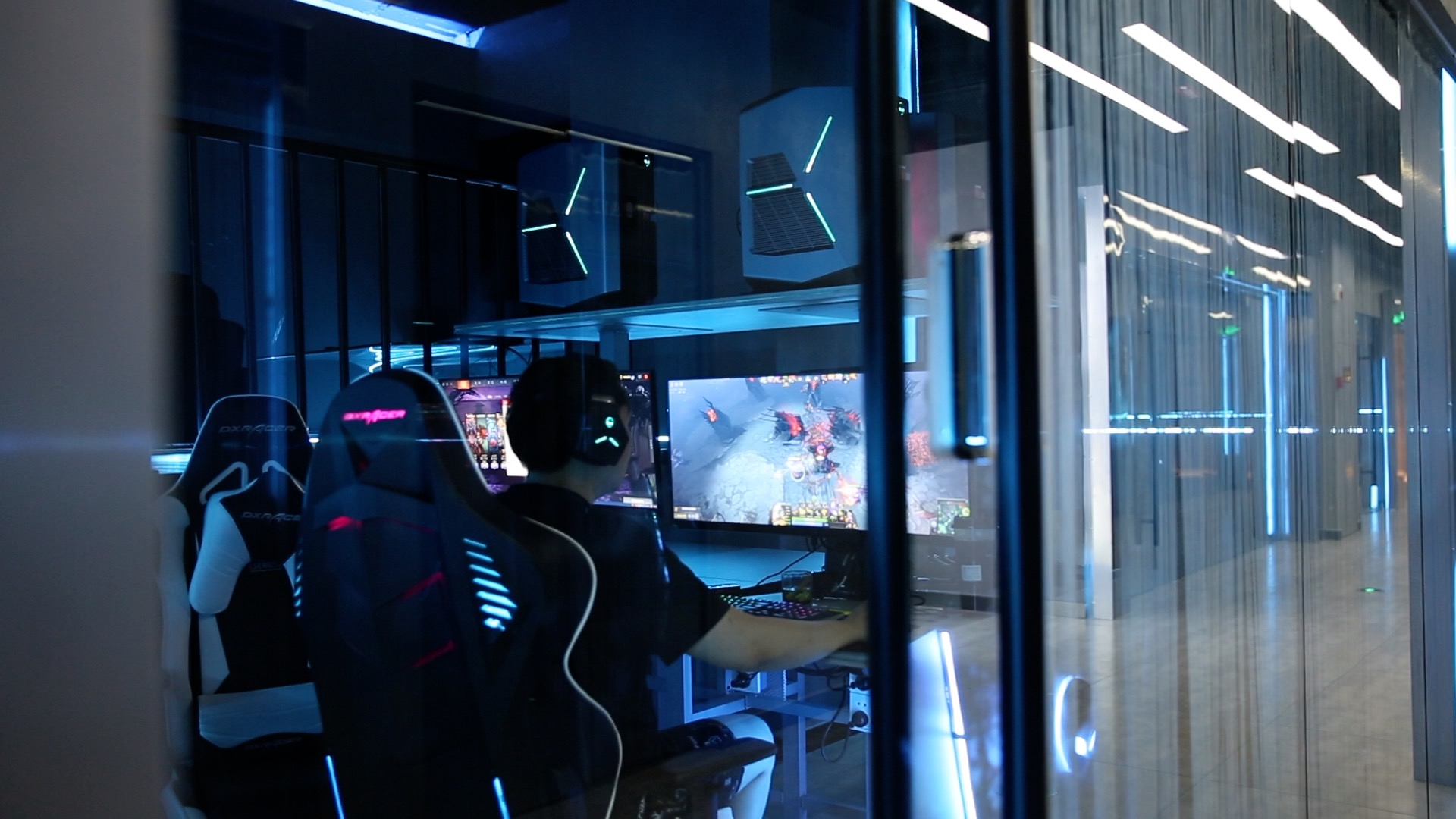 Gaming day and night in a futuristic, upmarket environment is one of the diversified niche offers that are part of China's new night economy.

Gaming day and night in a futuristic, upmarket environment is one of the diversified niche offers that are part of China's new night economy.

Entrepreneurs such as the Beijing local Wang Taocheng are a significant driver behind this change. He's what many in China would call a fuerdai, the son of a family that got wealthy rapidly with China's reform and opening-up. He spent his childhood playing video games and became so good at it that he became a pro gamer. Retired at age 26 but still "passionate about playing games," he decided to open up a high-end 24-hours esports club in one of the hottest areas for local nightlife: Sanlitun.

An hour gaming in his club, "Under Alien", that looks like a space ship out of Star Trek comes at 250 yuan (about 35 U.S. dollars). After opening for just about three months, he attracted some of China's top esports athletes and internet celebrities that draw more customers wearing Chanel and Dior. With rising living standards in Beijing, he seemed to fill a demand in the high-end sector that wasn't previously there.

"When I walk around here (Sanlitun), I feel like everyone could be my customer," Wang told CGTN. 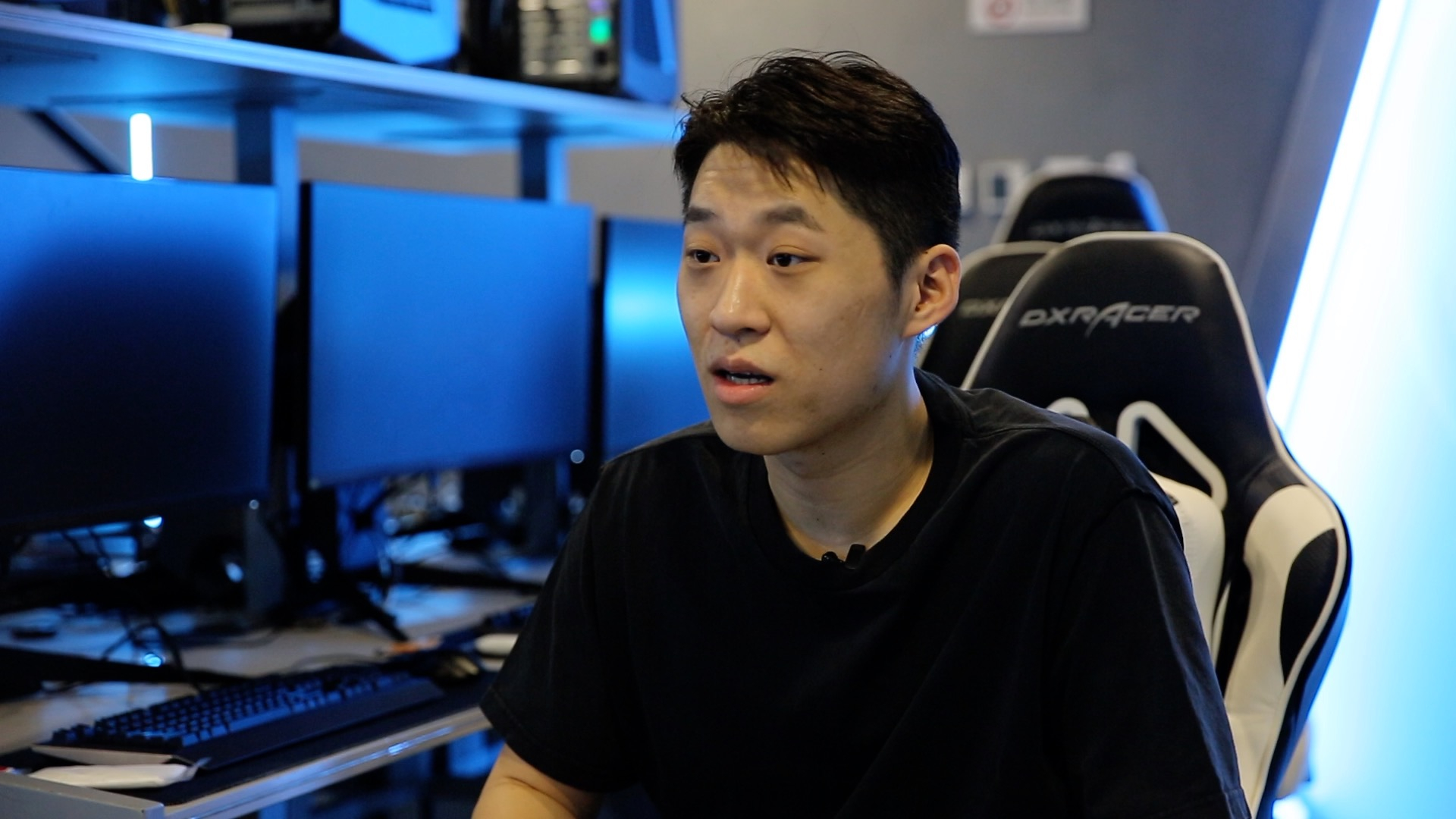 Wang Taocheng is the founder of the high-end esports club Under Alien in Sanlitun, Beijing.

Wang Taocheng is the founder of the high-end esports club Under Alien in Sanlitun, Beijing.

A more retro gaming style has also risen in popularity recently: Board games and social games. "Werewolf," a group role-playing game, is at the core of Wu Zihan's business, a board game club. The 22-year-old and her boyfriend met while playing "Werewolf" and found that there is a demand among the young, lonely, and often overworked who need to destress after a busy day at work while meeting new people.

"Customers always come here directly after work and pull an all-nighter playing board games," she said. Therefore, she set up her game space right next to the Central Business District in Beijing. 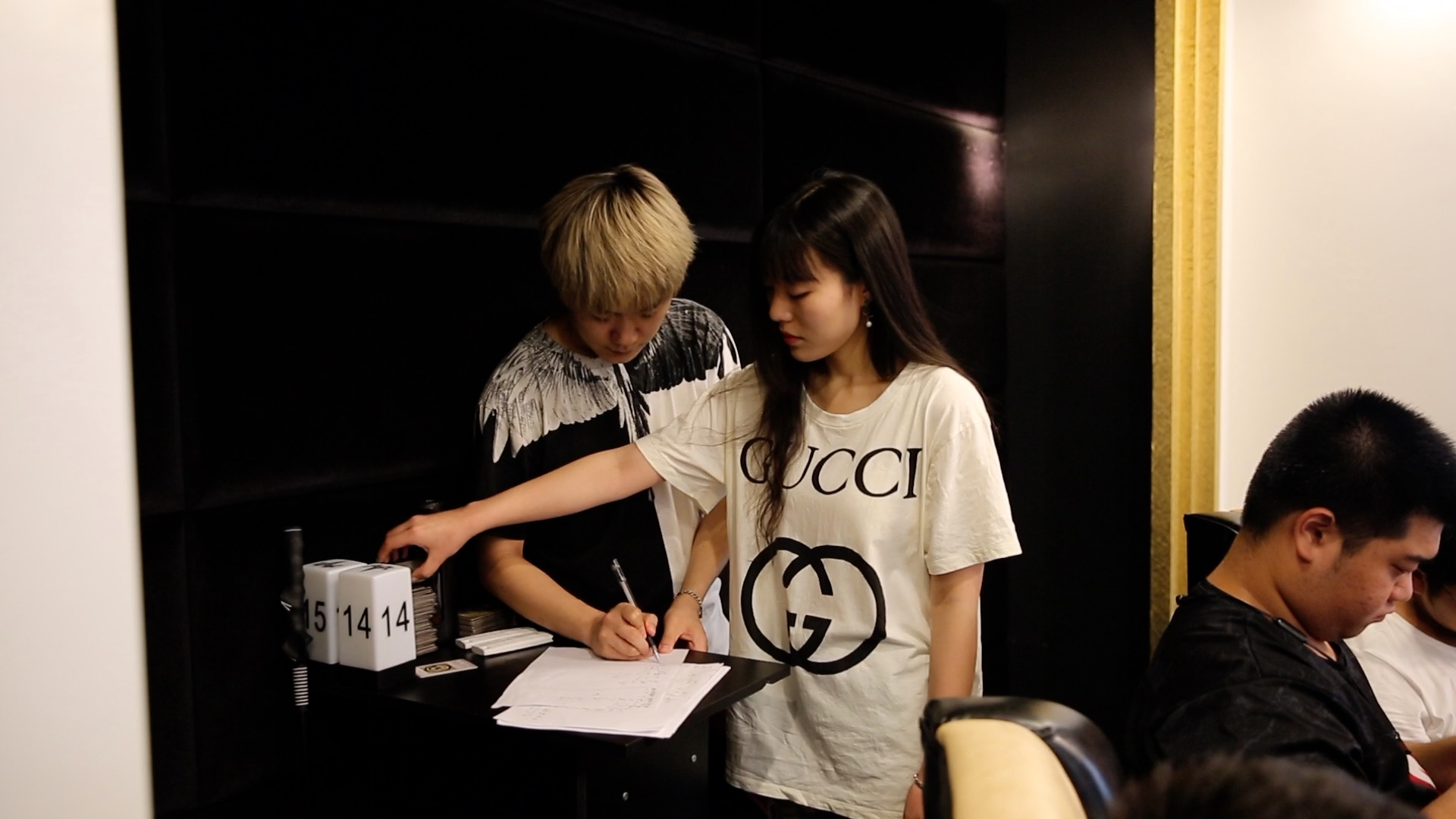 Wu Zihan and her boyfriend opened up a boardgame club in Beijing's CBD, catering to white-collar workers.

Wu Zihan and her boyfriend opened up a boardgame club in Beijing's CBD, catering to white-collar workers. 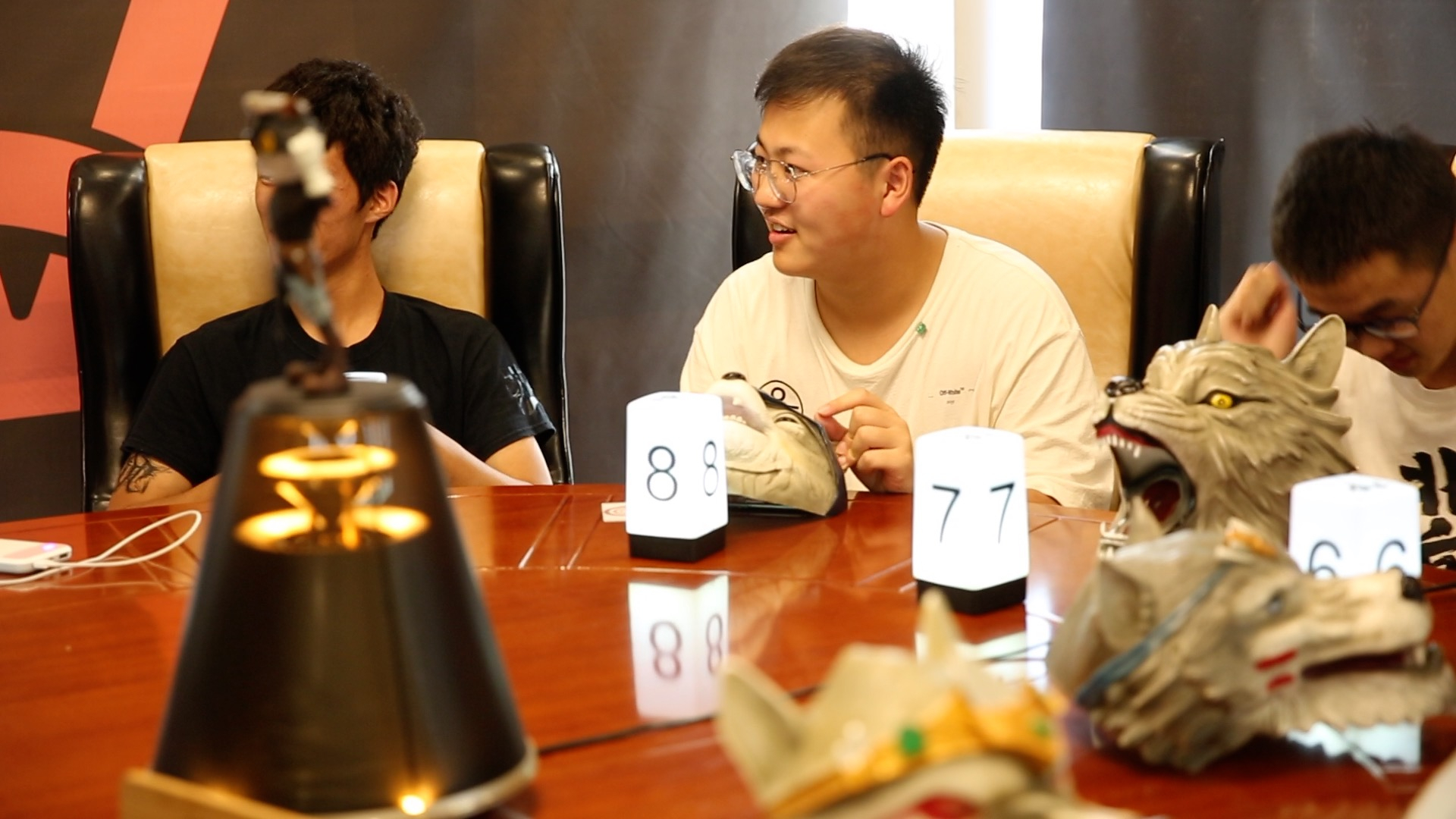 The role playing game 'Werewolf' has become trendy among young professionals in China.

The role playing game 'Werewolf' has become trendy among young professionals in China.

Established companies use nightlife for branding

Beyond startups, larger enterprises see the increased popularity and quality of nightlife activities as an opportunity for branding and customer retention. Ziroom is a Chinese rental agency that caters to young white-collar workers. Its apartments are serviced and come with trendy décor and free wifi. They also operate a youth hostel near the Worker's Stadium in Beijing, where national soccer games and concerts take place, and almost a year ago, the idea of offering free live music for the hostel clients emerged.

Ziroom, who calls its tenants "users," soon discovered that there was a potential for more. Now, on the three days of the weekend, newcomers of the Beijing music scene get a chance to perform in front of a crowd, while the company increases its outreach and binds existing "users" of its service. The concept seems to be successful. "We plan to open music spaces in other cities in China," Meng Yue, the general manager of the company's asset management department, said. 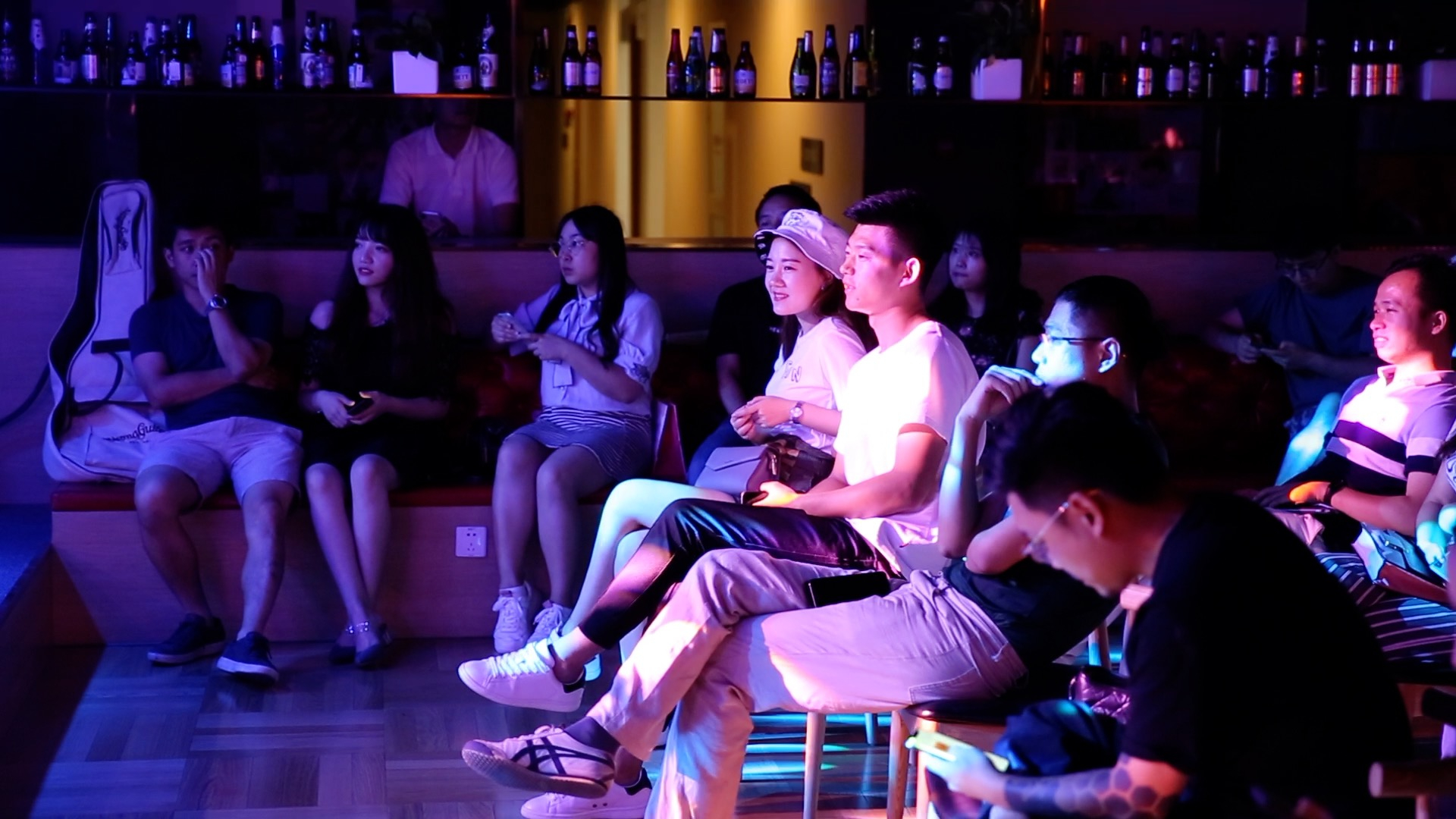 At Z-Lovi, a music space operated by the Chinese rental agency Ziroom, people can enjoy a free concert on the weekend.

At Z-Lovi, a music space operated by the Chinese rental agency Ziroom, people can enjoy a free concert on the weekend.

When the whole family is staying up late

While Sanlitun and the CBD area in Beijing's lively eastern and central parts, the westside of the city has long been known for being a quiet residential area, a little less fashionable and modern than the rest of the city. Wukesong Huaxi Live, a vast commercial street full of bustling restaurants, shops, bars, live houses, museums and other entertainment centered around a massive arena that regularly hosts major sports events and concerts, has changed that. Originally built as a basketball arena for the 2008 Olympics, it has developed into a favorite nighttime meetup for couples, groups of friends, families and even the elderly.

Huaxi Live now attracts night owls from across the city. It helps that Beijing extended operations of the subway Line 1 that serves Wukesong and runs until the city's far east and Line 2, that turns a loop around the city center, after midnight on Fridays and Saturdays until October.