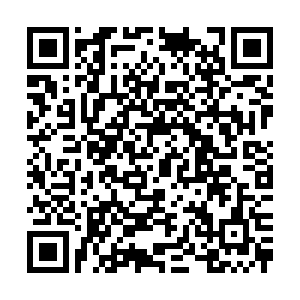 "The Wandering Earth” marked China’s first successful step into the cinematic space race. The high-profile “Shanghai Fortress”, which hits cinemas this Friday, is the next entry to the club of China's domestic sci-fi films.

“Shanghai Fortress” is set in 2042 when Shanghai becomes the last city on earth that survived an alien attack. Adapted from a novel of the same name, the film narrates the city’s battle against the aliens who try to seize a hidden energy source found only on earth.

It took director Teng Huatao six years to make the 107-miunte long movie. The celebrated Chinese director compared himself as a pupil in the sci-fi film arena.

“Sci-fi film shooting is something brand new and demanding for me. I’d kept thinking of what Chinese sci-fi films should be like. I’m glad we made this attempt,” the man behind many popular romantic comedies added.

Groping in the dark 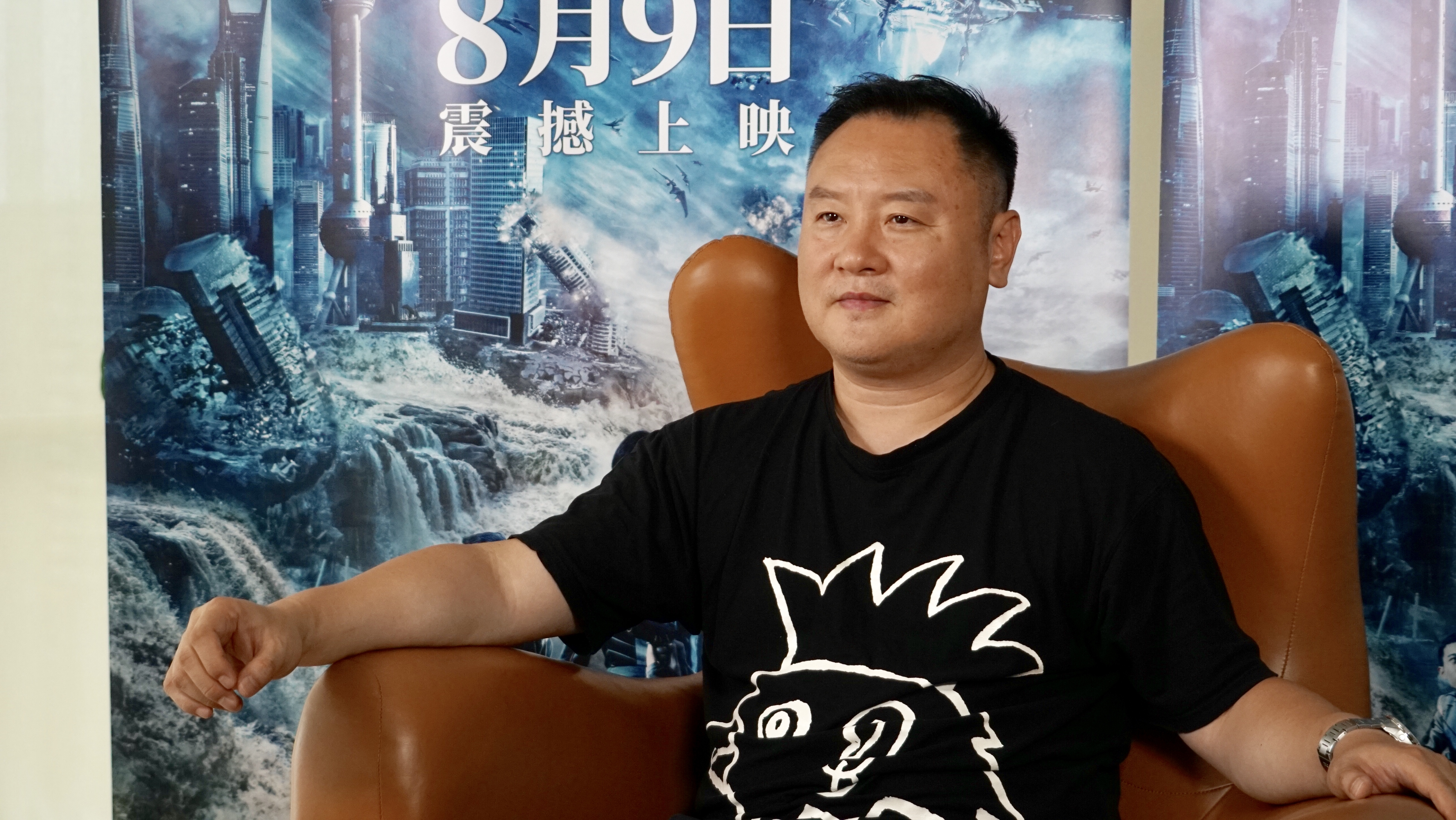 Teng Huatao, director of "Shanghai Fortress", is having an interview with CGTN. /CGTN Photo

Teng Huatao, director of "Shanghai Fortress", is having an interview with CGTN. /CGTN Photo

The shooting for “Shanghai Fortress” started four months after “The Wandering Earth”. Before that, Teng and his team spent three years in preparation and another two years were needed to finish all the special effects.

“We spent quite a long time groping in the dark. We even didn’t know how to start at first,” Teng said in an interview with CGTN.

To better present the fierce battles between human beings and the aliens, the crew built a live-action set with an area of 15,500 square meters – with a command center covering 6,000 square meters within it.

Hiring Hollywood teams would definitely be quicker option, but Teng told CGTN that they’re too expensive to afford.

“The production cost that Hollywood estimated for ‘Shanghai Fortress’ was almost ten times what we ended up spending. So we had to learn little by little from scratch,” he said. 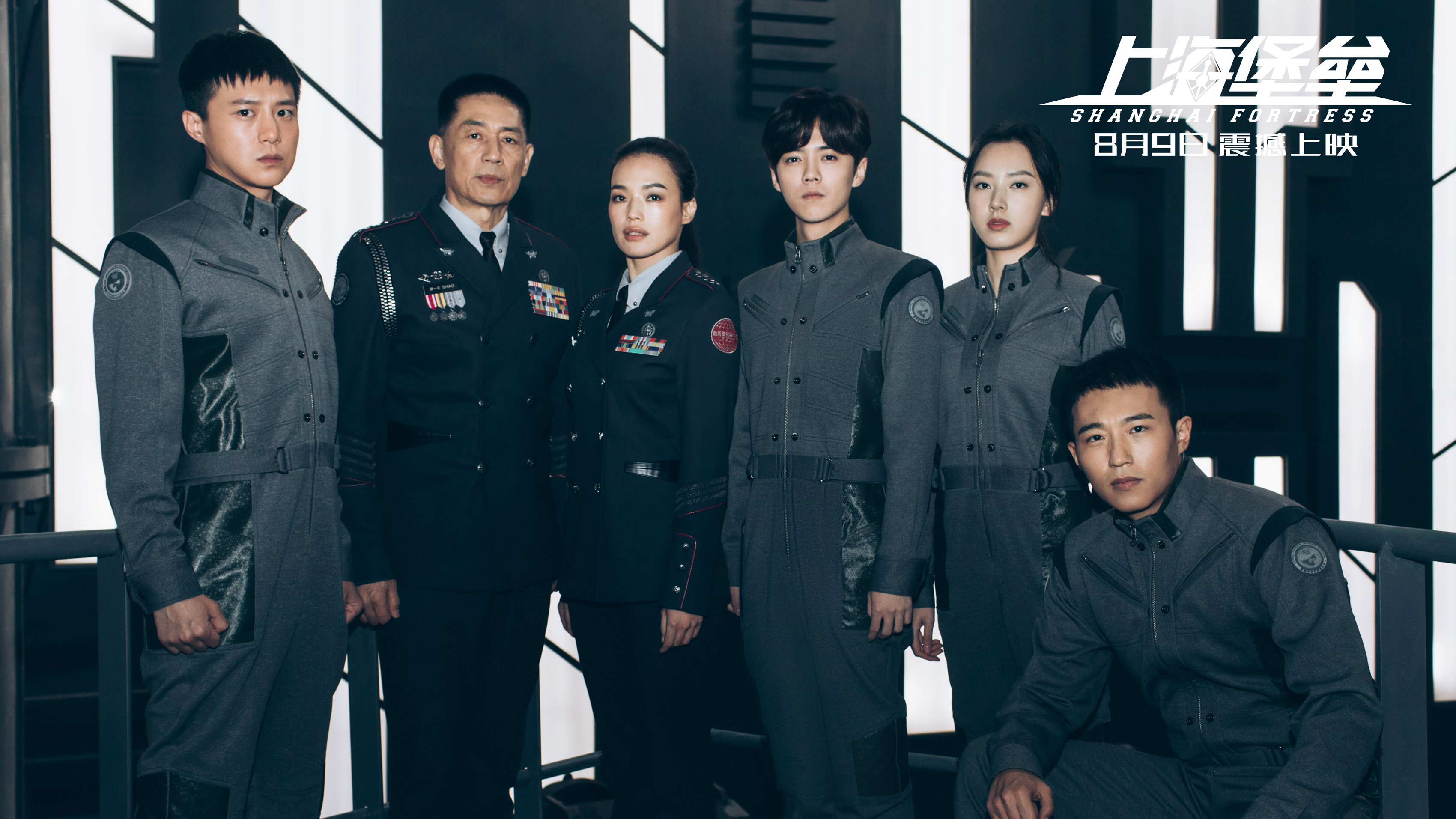 Mr. Teng gained fame in making films and TV series about romance and family relations. He told CGTN that he wanted to do something new and hoped to make some breakthrough in his career by choosing the story of “Shanghai Fortress."

It turned out that it’s not only a breakthrough for Teng himself but also China’s sci-fi film making in general.

No other film genres rely on exquisite special effects more than sci-fi films. There’re 1,600 special effects shots in “Shanghai Fortress,” accounting for 90% of the total number of shots in the film. Teng along with about 2,000 Chinese personnel broke technical barriers over the past six years.

“We started the shooting with zero experience,” Teng told CGTN, “I feel very proud that we made this film mostly with Chinese teams. It’s a very big breakthrough.”

“China will have better sci-fi films” 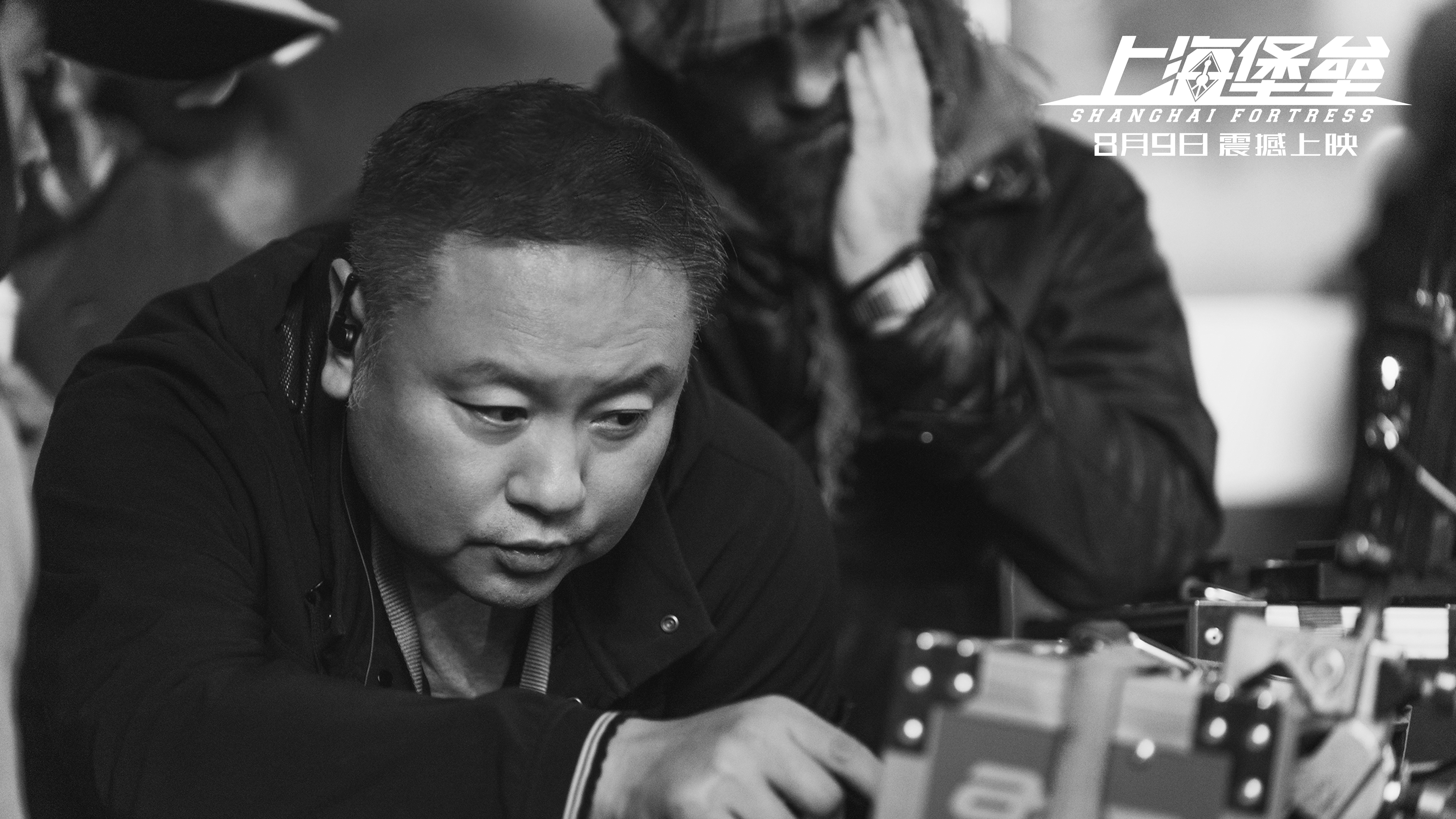 Photo of Teng Huatao during the shooting of "Shanghai Fortress". /Photo provided to CGTN

Photo of Teng Huatao during the shooting of "Shanghai Fortress". /Photo provided to CGTN

Several domestic sci-fi movies are set to hit the theaters in the second half of 2019, including "Pathfinder” and "Warriors of Future."

China’s film market is expected to overtake the U.S. as the world’s largest by 2022. As the market grows more mature, plenty of industry insiders say Chinese audiences deserve some films that meet the standards in the industry. Sci-fi films are emerging at the right moment.