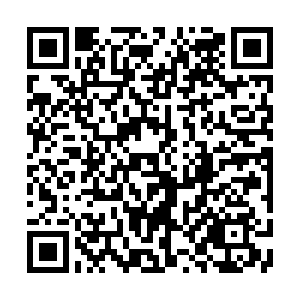 U.S. Secretary of State Mike Pompeo on Friday commended recent talks between Washington and Ankara over the security of northeastern Syria, saying "important progress" has been made.

"Pleased that talks between the U.S. & Turkey led to important progress towards establishing a sustainable security mechanism to address our shared security concerns in Northeast #Syria," Pompeo said in a tweet.

"Establishing a safe zone would be a big step towards achieving peace & security," the U.S. top diplomat added. 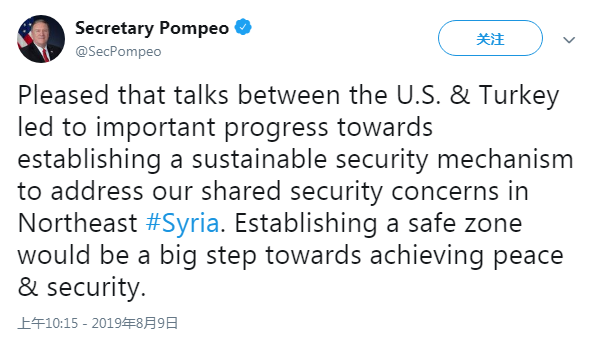 On Wednesday, Turkey and the United States agreed to establish a joint operation center in Turkey to coordinate and manage a planned safe zone in northeastern Syria, a move that appeared to reduce the chance of imminent Turkish military incursion.

Turkish President Recep Tayyip Erdogan threatened on Sunday to launch an operation in northern Syria, east of the Euphrates River, to remove the Kurdish militia who control the area following months of Turkish military deployment near the Syrian border in a prelude to an incursion.

This latest agreement, however, seems to have brought the United States and Turkey closer and averted a new Turkish offensive that would have put the two allies in a very delicate and dangerous situation over their long-standing differences on the Syrian crisis.

Ankara has long designated Syrian Kurdish fighters as terrorists, while Washington reaffirmed for multiple times that it has obligation to ensure the protection of Kurdish forces, which allied with the United States in the campaign against the Islamic State.