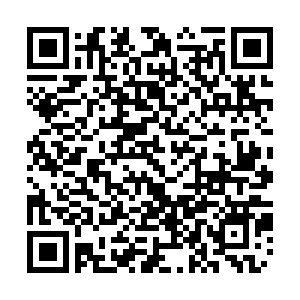 While the widely publicized July U.S. immigration raids gave undocumented immigrants and their advocates advance notice, this past week’s surprise roundup of hundreds of workers at seven Mississippi food processing plants has left a community scrambling while revealing flaws in the nation's immigration system.

“We have set another record, this time in what is believed to be the largest single-state enforcement operation in our nation’s history,” said U.S. Attorney for the Southern District of Mississippi Mike Hurst during a press conference.

Video released by ICE shows buses arriving at a poultry processing facility in Canton, Mississippi, before agents began rounding up workers and searching their documents. Some workers were shown with their hands tied up with nylon strips. Most of those arrested were Latinos who were taken to a military hangar to be processed for immigration violations. The governments of Guatemala, Mexico, and Honduras confirmed their citizens were in ICE custody. 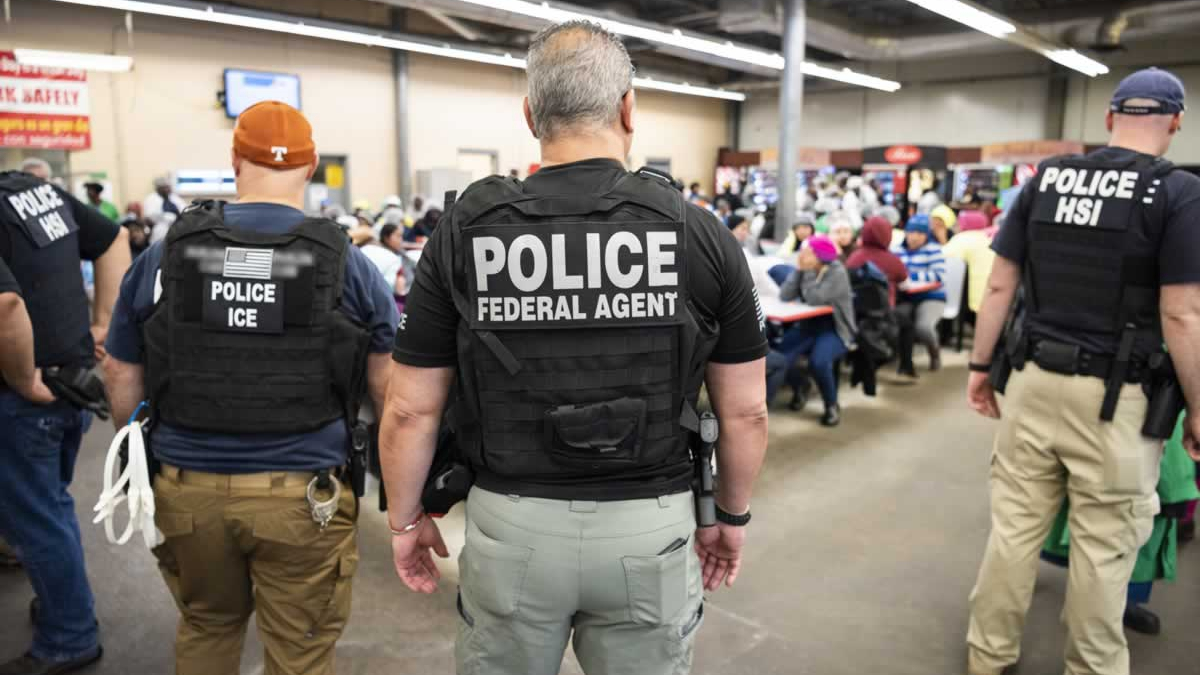 About 70 family, friends and residents waved goodbye and shouted, "Let them go! Let them go!" the Associated Press reported.

Upon hearing the news, schools, churches, and organizations including child protective services were prompted to tend to dozens of children of the workers targeted. Some of the kids in Forest, Mississippi turned to neighbors and strangers who took them to a community gym to be cared for.

"I need my dad and mommy," 11-year-old Magdalena Gomez Gregorio told news affiliate WJTV. "My dad didn’t do anything, he’s not a criminal."

Those released were issued "an ankle monitor to be monitored throughout the pendency of their immigration proceedings, but they may be released and go back to their home,” said ICE Acting Director Matthew Albence.

The enforcement actions were slammed by local officials, pro-immigrant organizations and charitable groups who view the operations as a means to instill fear among undocumented families.

“The ICE raids are both dehumanizing and ineffective as a tactic for protecting citizens from potential harm. These raids will only further alienate communities from law enforcement, disrupt community policing efforts and cause law enforcement to forfeit credibility and trust…” argued Chokwe Antar Lumumba, mayor of Jackson, Mississippi’s capital. 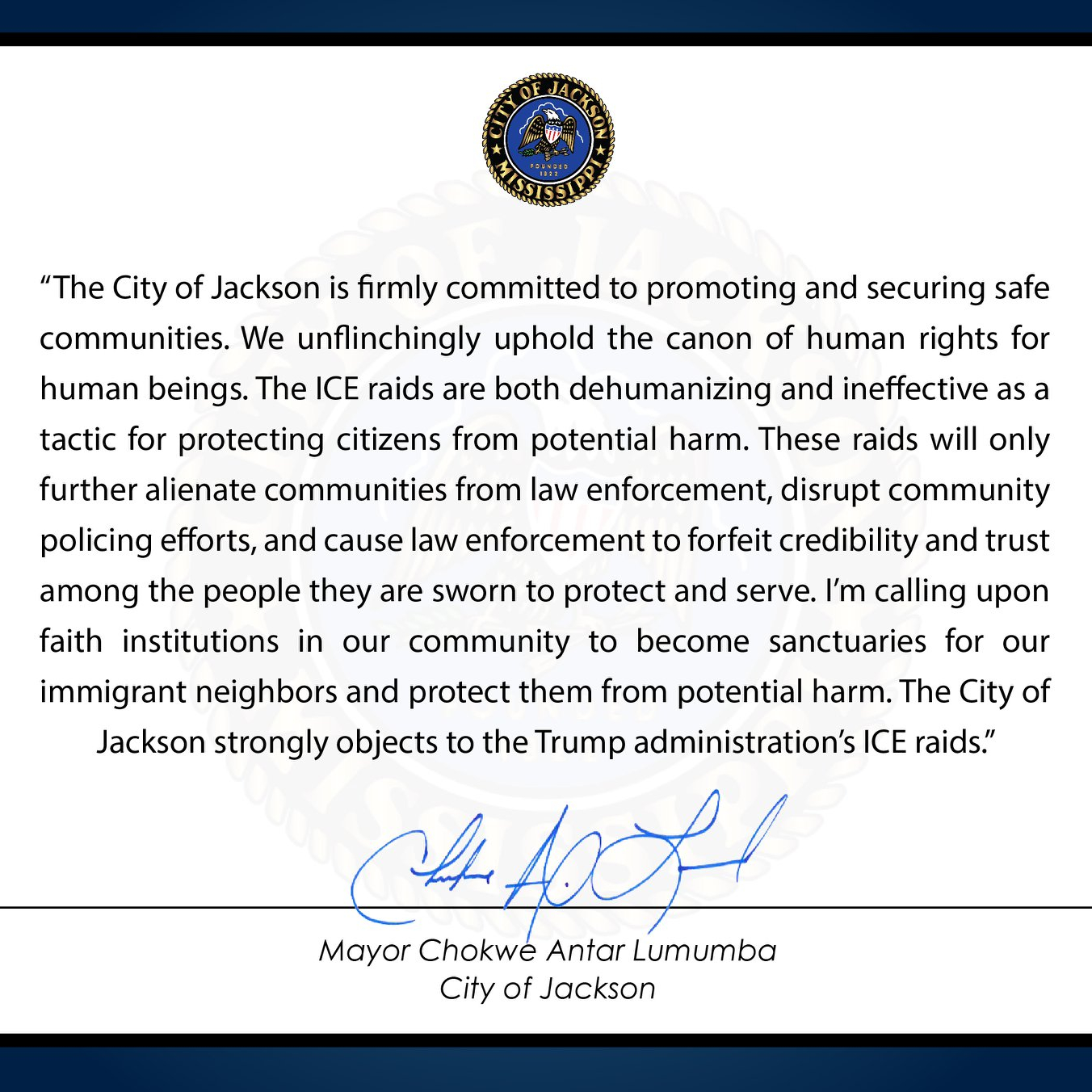 The Jackson Catholic Diocese, which began collecting donations to help provide legal and financial assistance to affected families, echoed the words of the president of the United States Conference of Catholic Bishops Cardinal Daniel DiNardo in a letter to U.S. President Donald Trump last month saying, "We are committed to a just and compassionate reform to our nation’s immigration system, but there is an urgent and critical need at this time to avoid a worsening crisis."

The diocese further characterized the raids as an approach that "has created a climate of fear in our parishes and communities across the United States," and causes "the unacceptable suffering of thousands of children and their parents, and create widespread panic in our communities."

"The message we're sending is 'if you violate federal law there will be consequences.' We're not directing this at any particular group or anything like that," assured Hurd.

Both ICE and the U.S. Attorney for the Southern District of Mississippi's office said the arrests were the result of a year-long investigation targeting both undocumented immigrants working without authorization and their employers.

One of the companies targeted was Koch Foods, which responded to questions about the raid on their website saying it employs more than 1,000 people at their Morton facility and uses the government’s E-Verify system to hire legal workers.

Spokesman Jim Gilliland said in a statement Koch Foods has not faced criminal charges resulting from Wednesday’s raids and blamed the government for loopholes in immigration and discrimination laws.

"The government's actions amount to serious government overreach under a framework of flawed and conflicting laws.  These most recent events are yet another demonstration of the fact that existing immigration law and policy need serious reform."

Koch Foods and ICE both speculated some of the workers may have used stolen identities to bypass the system. 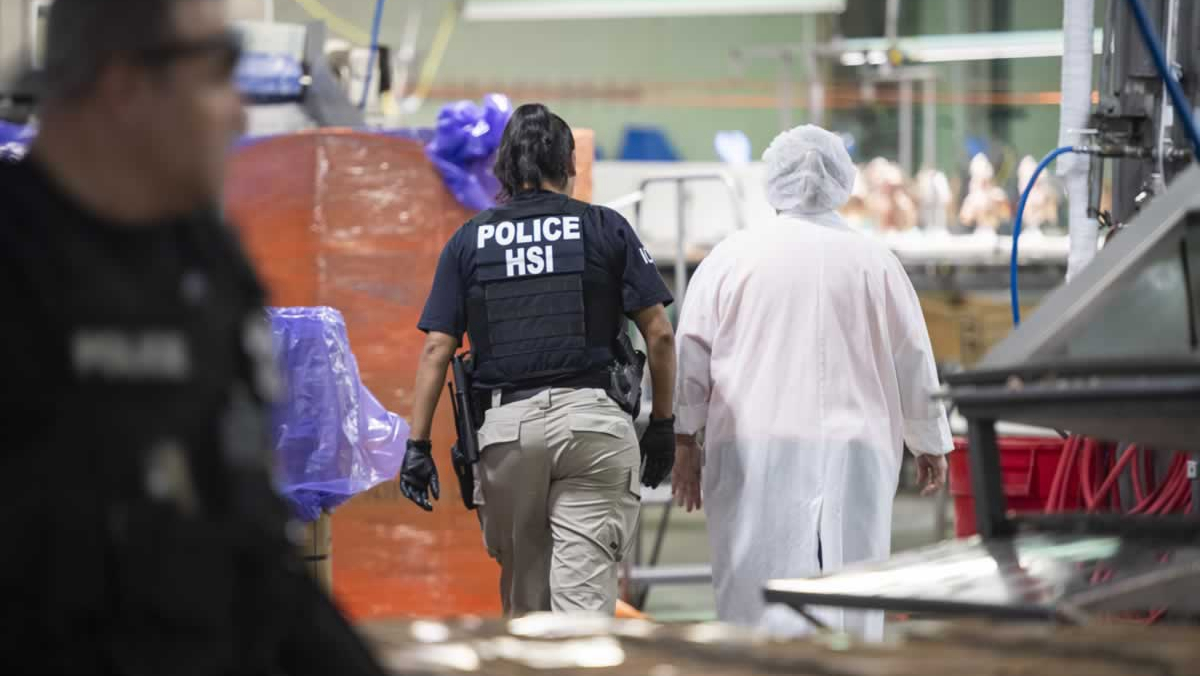 There are roughly 10.5 million undocumented immigrants living in the U.S., with the number from Mexico declining in the last decade while the number from Central America and Asia has risen. The latest Pew Research Center estimates show there were 1.9 million Central Americans in 2017 while undocumented migrants from Asia accounted for 1.5 million.

ICE prioritized the arrests of recent border crossers during former President Barack Obama’s administration, but President Donald Trump has made cracking down on illegal immigration a centerpiece of his presidency, with ICE ramping up its activities considerably since he took office in January 2017, noted news agency Reuters.

When asked if he was directed by U.S. President Donald Trump to conduct the raid, Hurd replied: “We’re directed to enforce the law, period.”