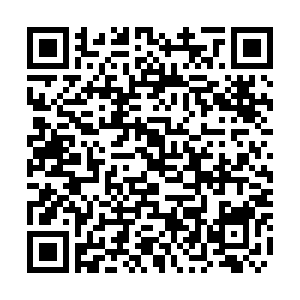 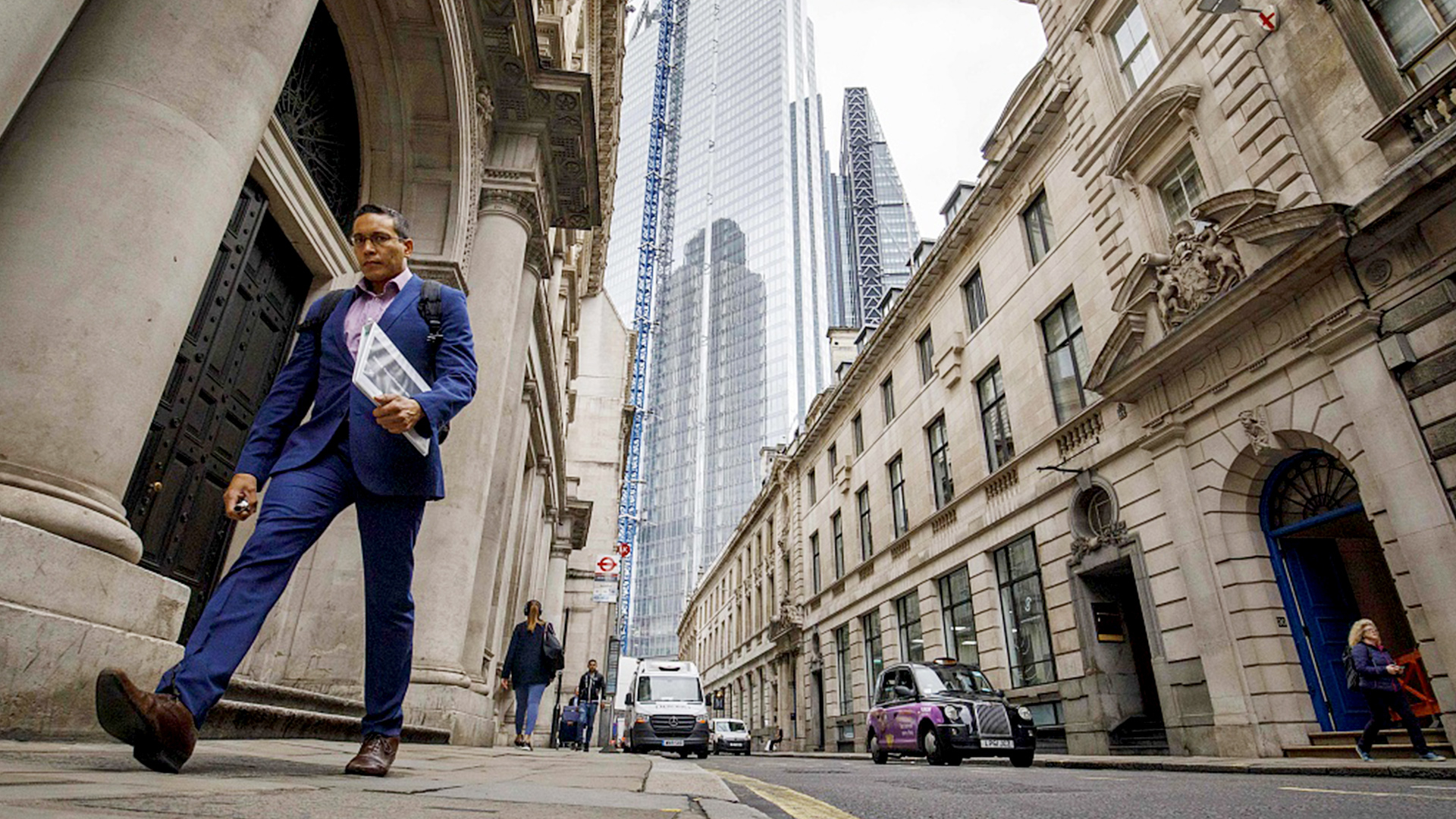 Today government statistics revealed that for the first since 2012, the GDP of the United Kingdom retracted in the second quarter of the year by 0.2 percent, a clear product of the growing slowdown created by business uncertainty pertaining to Brexit.

Economists have forecasted that total growth for the year is likely to amount to zero, and that the impact of a "no deal" result, threatened by Boris Johnson, would be certain to bring about a recession. In light of the news, the pound sterling immediately dropped against other major currencies, having already dropped significantly in recent weeks in response to the prime minister's policies.

Quite obviously, a retraction in GDP is the most clear sign yet of the impact that Brexit poses, as well of course a foreshadowing of the enormous risks and costs which lie ahead. This poses the question, is a no deal Brexit, or for that Brexit at all, truly worth it?

Far from the lucrative promises which have been made by the leading cheerleaders of Britain's departure from the European Union, it should be explicitly clear now that a continuation of the current path will serve to throw the country's economy off a cliff edge, in exchange for the supposed restoration of "national sovereignty" and a misleading allure to the restoration of national greatness.

Given it all, the public will likely not be so hostile to a softer outcome.

For many years, the emotional character of Brexit prevented the public at large from having a serious debate about its consequences. Although many were sincere in warning about the risks of Britain's departure, David Cameron's weaponization of outright fearmongering as part of the Remain campaign in 2015 and 2016 resulted in a divisive and emotional impact which saw many people simply stop listening. 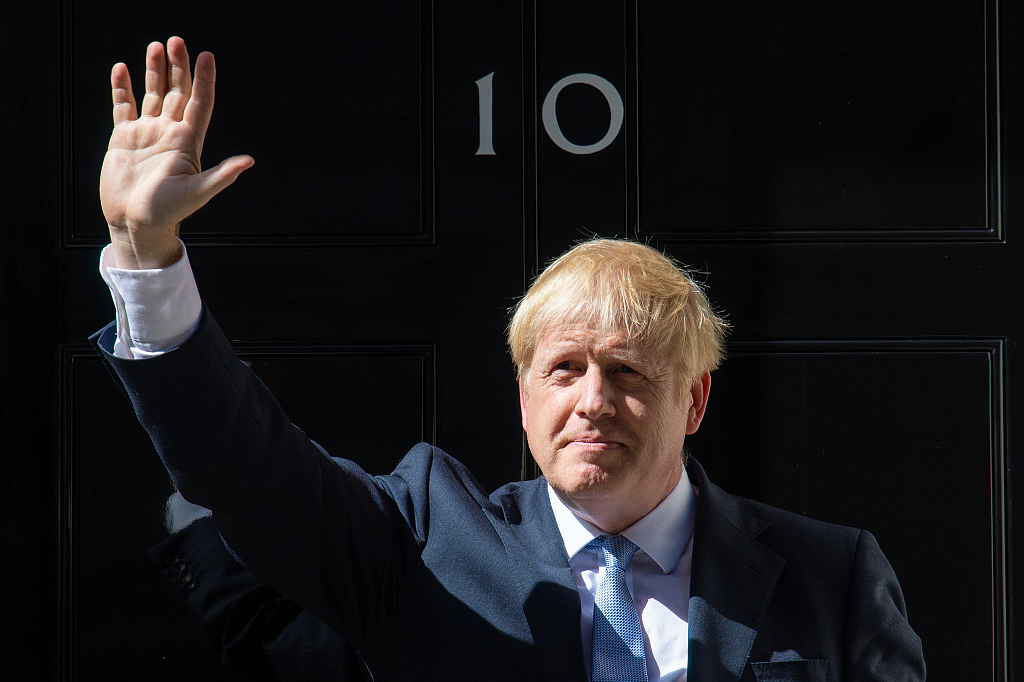 Seeing this, the Leave Campaign weaponized Cameron and others claims under the coined slogan of "project fear" and utilizing populism and distrust of the establishment, argued that these voices were acting insincerely and that in reality, the consequences of Brexit would be so adverse.

As Michael Gove famously said in an interview "people have had enough of the experts"- and thus at least for the campaign and the immediate impact, the Leave campaign was able to successfully convince a majority of voters to dismiss and downplay the potential risks of Brexit, with aspects of national identity proving more influential than economic incentives.

However, the recent GDP figures now change the game. For the first time, the British economy has shrunk in size owing to circumstances which are clearly linked to Brexit. While growth had already long been downgraded on forecasts, a retraction was in fact not what economists were expecting.

This means undoubtedly that there is trouble ahead and more so, that if Boris Johnson's threats of a "No deal" with Europe if they do not renegotiate, truly materialize, that quite clearly the risk of a recession is almost certain.

On these grounds, is Brexit at least on no deal terms, truly worth the costs? Those who voted for it obviously had reason to expect some impact, but not seemingly an outright decline in GDP.

For some portions of the electorate, this may be a reality which finally seeks in: Brexit, even though people have wielded some grievances with the European Union's policies, may not be truly worth the costs. 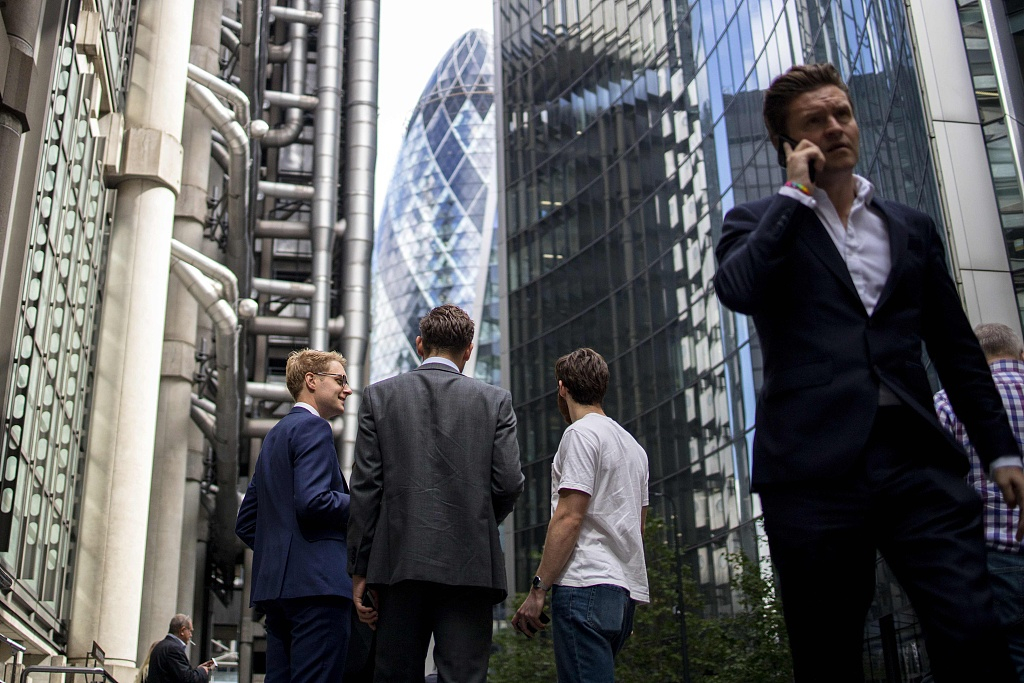 Businessmen speak in the street in the City of London, August 9, 2019. /VCG Photo

Businessmen speak in the street in the City of London, August 9, 2019. /VCG Photo

Many people will note that they were promised all kinds of economic gains in light of Britain's departure, including new money for the NHS and new trade deals on more favorable terms, but with the privileges of "national sovereignty being restored"– hence why Gavin Williamson had spoken of the "restoration of Britain's hard power."

Now in reality, the country is in a weaker position than ever, with a no deal result likely to bring about certain economic catastrophe. Undoubtedly, some people must be questioning if this is truly what they wanted.

Given this, despite the right-wing of the Conservative Party hounding Theresa May out of the door for a "compromise" deal and unconvincingly thinking that they can push Brussels for better terms, Boris Johnson and his government might want to question if the current strategy is really worthwhile.

Thus, far from the public getting angry over a so called "Brexit Betrayal" by elites and belief that a "silent majority" want a hard and serious Brexit, these statistics may serve to be a prompting that the public at large may be more willing to accept a soft and compromise based Brexit than actually believed.

Is after all, a no-deal Brexit which secures "sovereignty" really worth the cost of one's job, standard of living and economic future? It's unlikely many would truly agree.